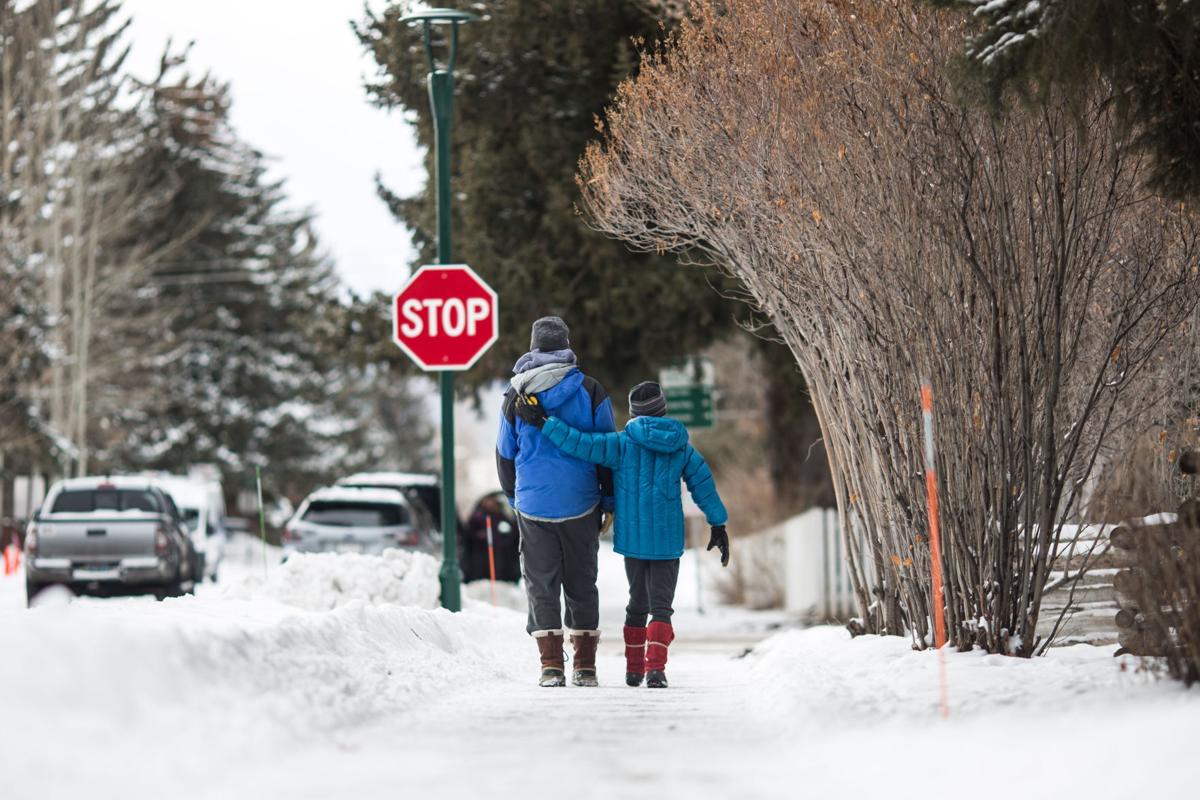 Jim LaRue and Jamie Prince, 11, walk down the sidewalk together earlier this month along East Hansen Avenue. 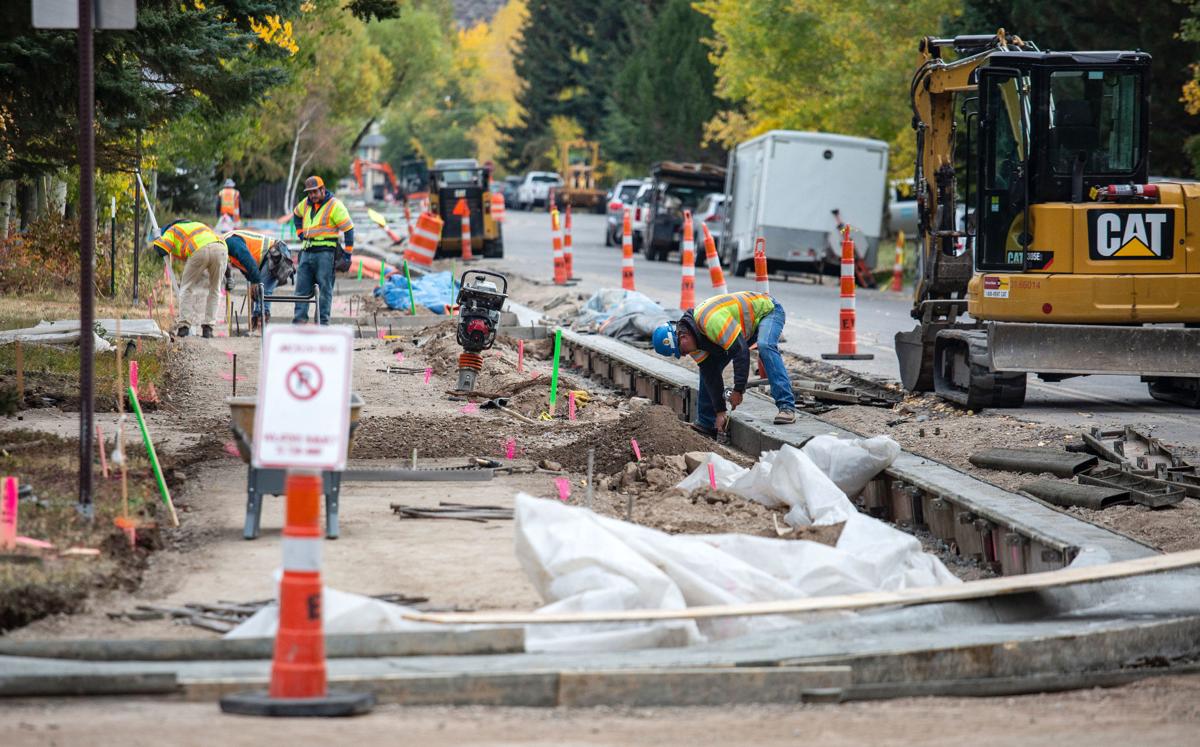 Sidewalk construction on Hansen Avenue was underway in early October.

Jim LaRue and Jamie Prince, 11, walk down the sidewalk together earlier this month along East Hansen Avenue.

Sidewalk construction on Hansen Avenue was underway in early October.

People who enjoy using the Hansen Avenue corridor in East Jackson — whether to take the family dog for a walk or just enjoy an afternoon stroll — from Willow Street downtown east to Redmond Street have noticed the significant changes since the early summer. A new, wide sidewalk, streetside grassy areas (now covered by snow), and vehicle parking only on the south side of the street from Willow to Redmond — parking on both sides of the street is still allowed between Cache and Willow.

What most likely aren’t aware of, however, is just how much planning, input and deliberation went into the final design of the corridor. Everything from mitigating damage to people’s properties — many Jackson residents might not realize that the front 10 feet or so of their property is actually town-owned right-of-way — to sun exposure to how many trees would have to be cut, among other factors, was considered in the planning process, explained Assistant Public Works Director Johnny Ziem.

The Hansen Avenue project spans about 3,200 feet, more than a half-mile between Redmond and Cache, and came at a cost of around $1.1 million, partially paid for with SPET funds, Ziem said. While acknowledging the cost, Ziem noted that the Hansen project and other similar projects either completed or coming up pay dividends, both financial and otherwise. One that’s planned will improve Rancher Street from Hansen to Broadway.

The projects have allowed the school district to eliminate eight bus routes after it implemented a policy two years ago saying that if students live within a mile of their school and have a safe route they are to walk to school. That, in turn, allowed school officials to shift some resources toward new bus routes needed when Munger Mountain Elementary School opened in 2018.

And the Rancher Street project, which Ziem hopes will be done in fiscal year 2022, “even though it’s only about two blocks, it might allow the school district to eliminate another bus route,” thus realizing more savings, he said.

Current Jackson Vice-Mayor and Mayor-elect Hailey Morton Levinson, who lives in East Jackson with her husband and two young children, was quick to laud the value of the work to the community and its usefulness to people who live along the route.

“This section pieces into ‘Safe Routes for Schools,’ too ... now it’s connected all the way down Hansen, and then we also did that little strip [on Willow], so people coming anywhere from the east on Hansen going north to the schools, they can be on a sidewalk. And that is big.”

She said she’s received texts from neighbors with pictures of their kids using the sidewalks: “It’s general, overall connectivity ... if you’re connecting neighborhoods and people, that’s one of the things that’s important to me.”

Additionally, the few feet of grassy space between the new sidewalk and Hansen Avenue provide some relief in the winter for snow-removal crews already stretched thin, not to mention additional safety for pedestrians. Ziem and his Public Works colleagues refer to as “growy strips,”

“The reason why we put in this kind of design is ... by keeping [the strip] this wide, which is about 6 feet, it allows us to store more snow on there,” Ziem explained.

It also buys the busy snowplowing and snow-removal crews some time to haul away the snow plowed off the road while still not interfering with sidewalk access.

Why is that important?

“We have a very robust plowing program — we haul snow, we plow snow — but on big [snowfall] years, guess what’s going to fall lower to the list? This corridor and other residential corridors,” Ziem said.

He said hauling snow from downtown, the highways, Broadway and bus routes is prioritized over residential areas to keep traffic moving, “but by building this growy strip this wide, it buys us time. It provides us with snow storage that is critical in the wintertime.”

If all that sounds like a simple process to lay out and construct, think again. The Hansen corridor project took months to design, including three public hearings for people to weigh in, a door-to-door survey of over 100 residents living along the corridor. Then there were evaluations such as which side of the street to place the sidewalk and whether to use town-owned right-of-way that would cut into people’s yards or to confine it to the existing paved right-of-way.

The decision by the council to opt for “Alternative 3” (of three presented), which eliminates street parking on the north side of Hansen between Willow and Redmond, was met with some resistance, but was worth it, said Councilor Arne Jorgensen, who also lives in the area and uses the corridor regularly. The decision enabled the project to be done without cutting into Hansen residents’ properties,

“I think it was done in a way that was very respectful of those existing conditions. At the end of the day, the benefits far outweigh the concerns that I’ve heard,” Jorgensen said.

Jorgensen agreed that the most benefit came from additional snow storage and providing safe spaces for kids and pedestrians separated from cars.