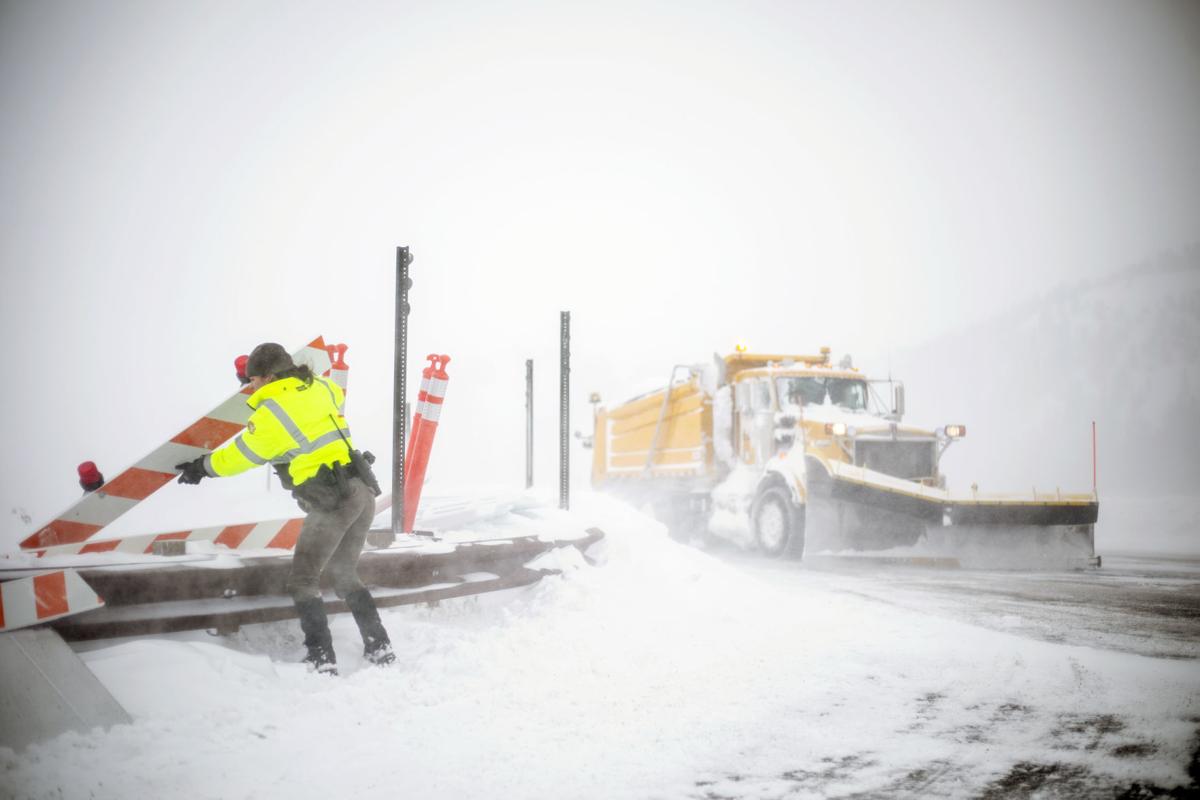 Grand Teton National Park ranger Tiffany Franks opens the highway north of Moose Junction just before 9 a.m. Monday. The road had closed for several hours that morning due to winter conditions created by a powerful storm moving through the region. 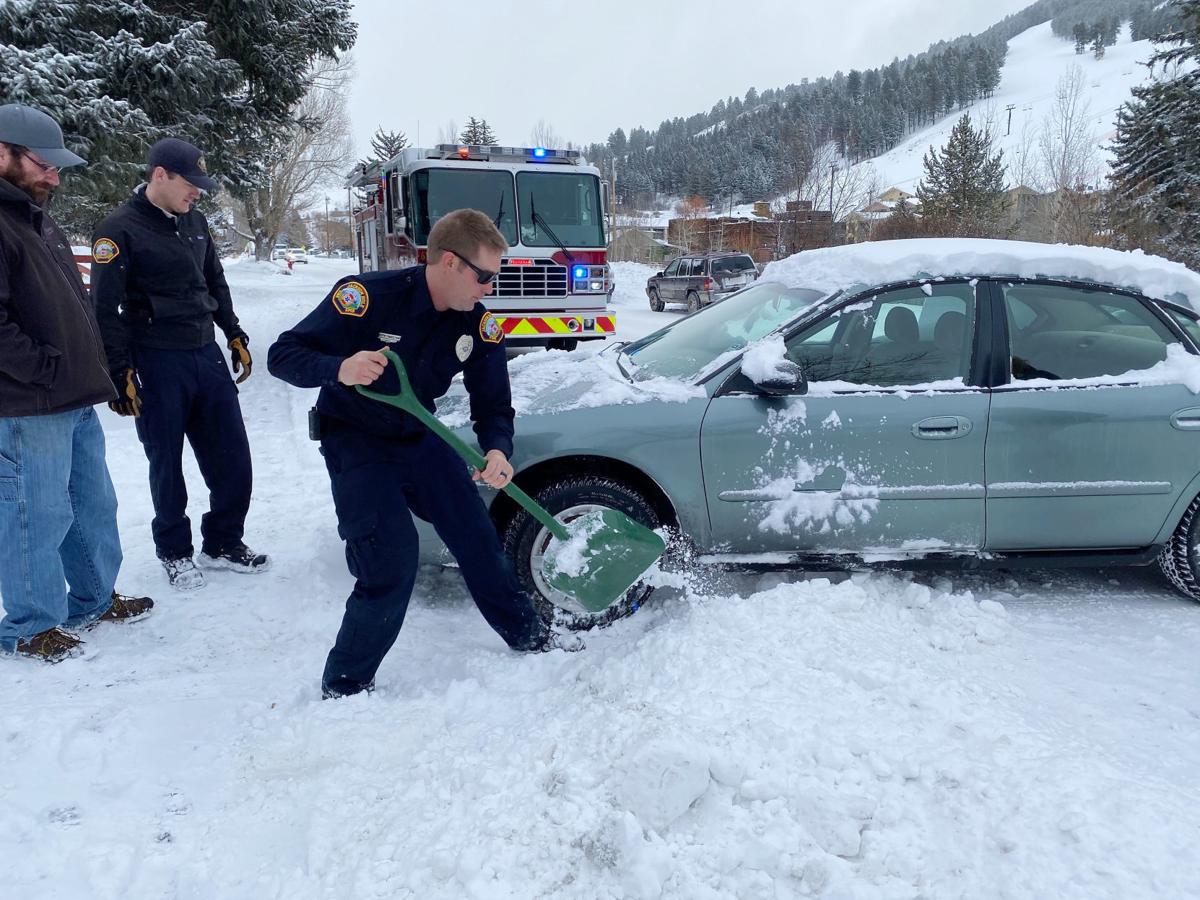 Grand Teton National Park ranger Tiffany Franks opens the highway north of Moose Junction just before 9 a.m. Monday. The road had closed for several hours that morning due to winter conditions created by a powerful storm moving through the region.

UPDATE, 9 a.m.: The highway between Moose and Moran is now open but with a "no unnecessary travel" warning.

The highway through Grand Teton National Park has "limited visibility and slick road conditions," park spokeswoman Denise Germann said. There is also a no unnecessary travel warning in place between the park's south boundary and Moose.

UPDATE, 7:30 a.m.: Teton County School District No. 1 information coordinator Charlotte Reynolds said the district was not planning any changes to its schedule, other than the previously announced two-hour delayed start. Sports practices that fall after school are planned to take place.

If conditions remain snowy and windy, making it dangerous to transport students, the district could cancel school or instate another delay. Canceling school isn't a great option, Reynolds said.

"We try to maintain school so we don’t have to add those days in later," Reynolds said.

If school is delayed further or canceled, the district will send notifications to parents, but parents can also find updated information on the district website, TCSD.org, or its Facebook page.

Blowing snow north of town has canceled at least one morning flight at Jackson Hole Airport. All other flights are waiting to see how the blowing snow will affect visibility.

The runway is in pretty good shape, Konrad said, because the north winds aren't drifting snow onto it. However, the weather did cause one Delta crew to become stuck in a snowbank on its way to the airport, though the crew has since made it to work. With such hazardous conditions, the airport has delayed morning flights so far.

In town, the windy winter weather has affected roads, Town Streets Manager Sam Jewison said. Snow is drifting on High School Road in particular, but he said his crew would have the road cleared for the schools' late start.

"Everything we have should be passable," he said.

Weather conditions should become less extreme as the day progresses. Just 4 inches of snow was reported at Snow King Mountain and at Jackson Hole Mountain Resort's Rendezvous Bowl plot. Wind, however, has made the storm seem bigger than it actually is.

"At the airport the winds were 28 gusting to 36," MountainWeather.com meteorologist Jim Woodmencey said. "That's going to move some snow around."

Woodmencey said the storm that has been sitting over the region should move out by this afternoon, taking the snow and some of the wind with it, but leaving colder temperatures than we enjoyed this past weekend.

ORIGINAL STORY: A winter storm has delayed the start of Teton County public schools and closed the highway north of Moose in Grand Teton National Park.

The highway between Moose and Moran is closed due to blowing snow and visibility problems. The Wyoming Department of Transportation is reporting all other valley roads are slick with limited visibility. WyoRoad.info advises "no unnecessary travel" north of Jackson toward Jackson Hole Airport.

This is a developing story. Check back for updates.

Strong, steady winds with drifting snow and low visibility delayed school for two hours Monday and drivers were urged to not travel north of J…