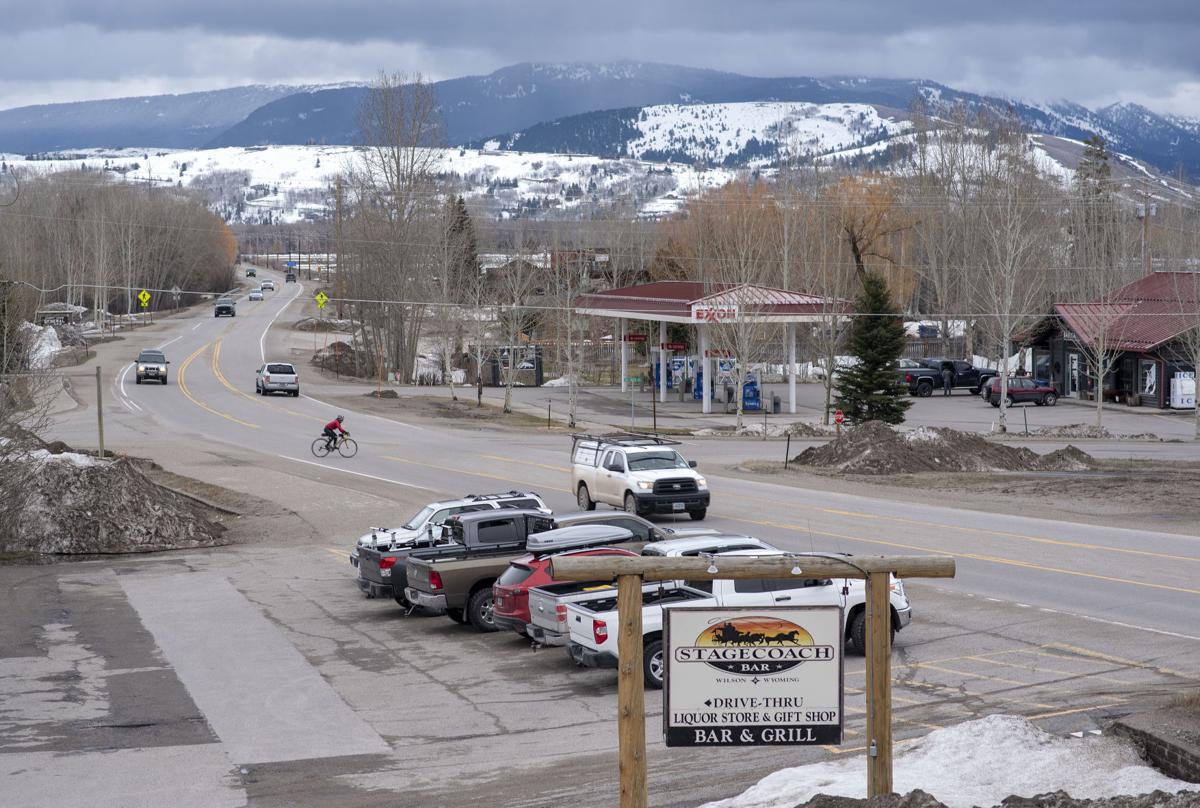 The public can comment on a possible redesign of downtown Wilson through Monday. The concept was prepared by Teton County, the Wyoming Department of Transportation, Federal Highway Administration and Wilson community. It includes proposals for new pathways and other changes.

A screenshot of a portion of the "preferred concept" for downtown Wilson.

The public can comment on a possible redesign of downtown Wilson through Monday. The concept was prepared by Teton County, the Wyoming Department of Transportation, Federal Highway Administration and Wilson community. It includes proposals for new pathways and other changes.

A screenshot of a portion of the "preferred concept" for downtown Wilson.

After Teton County offered more time for people to weigh in on a pending redesign of downtown Wilson, today, May 17, is the last day for people to comment online.

Design ideas include new sidewalks, START bus stops, an extended two-way left turn lane, and a pedestrian and cyclist bridge on the north side of the existing bridge over Fish Creek.

The original deadline was May 7. But Teton County Public Works Director Heather Overholser said the department extended the deadline to Monday in part because of a technical glitch early in the comment window.

“We really just wanted to make sure that anyone who wanted to comment was given ample time,” she told the Jackson Hole Daily.

Replanning the streetscape in the unicorporated hamlet of Wilson has been a subject of discussion for going on two decades, after the county and community produced a 2001 report outlining a proposal for transportation upgrades in the Wilson area.

But by April 2019, when the Teton County Board of County Commissioners revisited the idea and approved a new planning effort for the area, little besides an underpass near the Stagecoach Bar had been built.

The project, called the Wilson Downtown Improvement Plan, is a partnership between the Wyoming Department of Transportation, the Federal Highway Administration and the Wilson community. The public can view the so-called “preferred concept” for the area developed by Teton County and its partners online. The link is Wilson.AltaPlanning.cloud, where readers will be able to find a survey through which they can provide public comment. This method of providing feedback is called a “virtual open house.”

This period of public comment is the second that officials have opened in the past year, and it’s the last opportunity to weigh in before a final set of recommendations goes to the county commission and WYDOT for approval.

According to Overholser, plans for the redesign will likely go to the commission in a workshop before a formal hearing on its approval.

That hearing is being planned for June.

And, once it’s approved, a series of other processes will likely follow, the public works director said.

The redesign will go through the National Environmental Policy Act, or NEPA, review process because some federal funds are slated to be provided by the 2020 BUILD — or Better Utilizing Investments to Leverage Development — Transportation Discretionary Grant.

WYDOT permitting could also be involved since Highway 22, which passes through Wilson, is a state highway. And, depending what the commission finally approves for the plan, county permits could be required as well.

Funds are not set to come through from BUILD until 2022. Construction would begin after that.