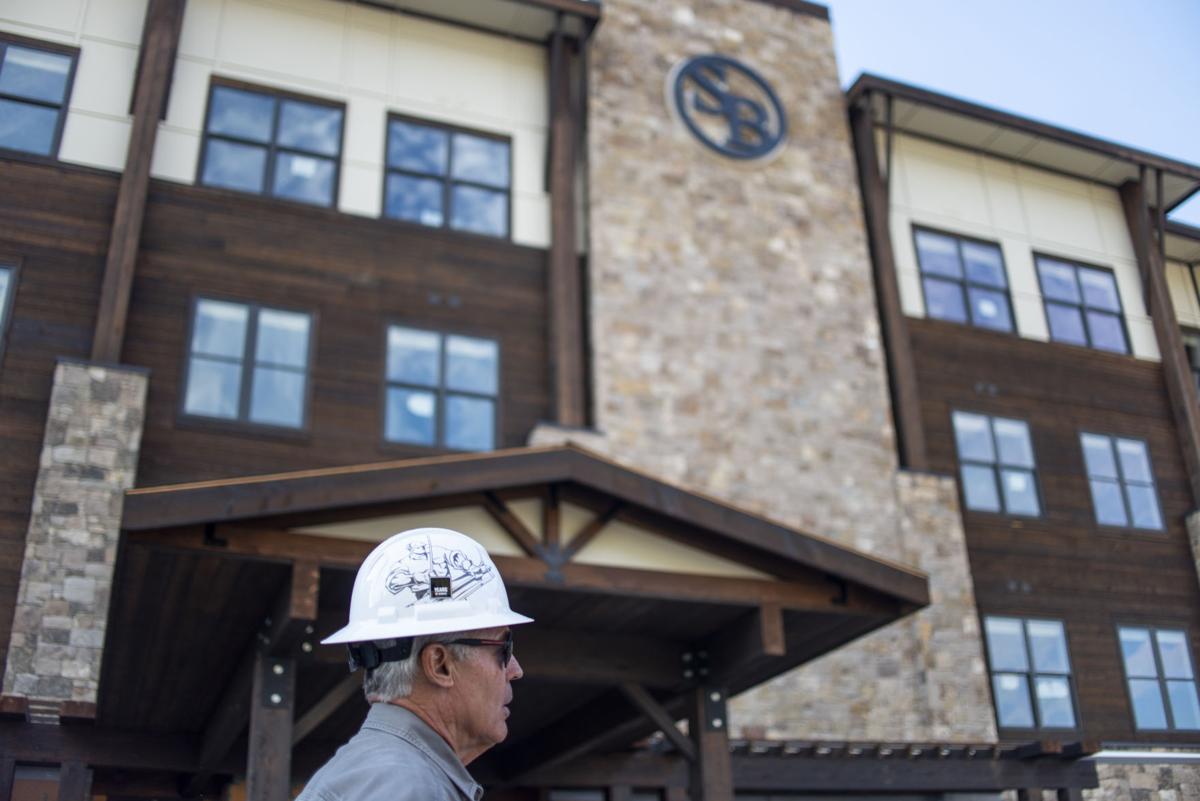 John Shelton, one of the developers of Sagebrush Apartments, leads a tour Wednesday of the soon-to-be-completed project. The complex will feature a mix of studios, one- and two-bedroom apartments with varying floor plans and varying sizes. The smallest will start around 371 square feet, and the largest will top 800 square feet. 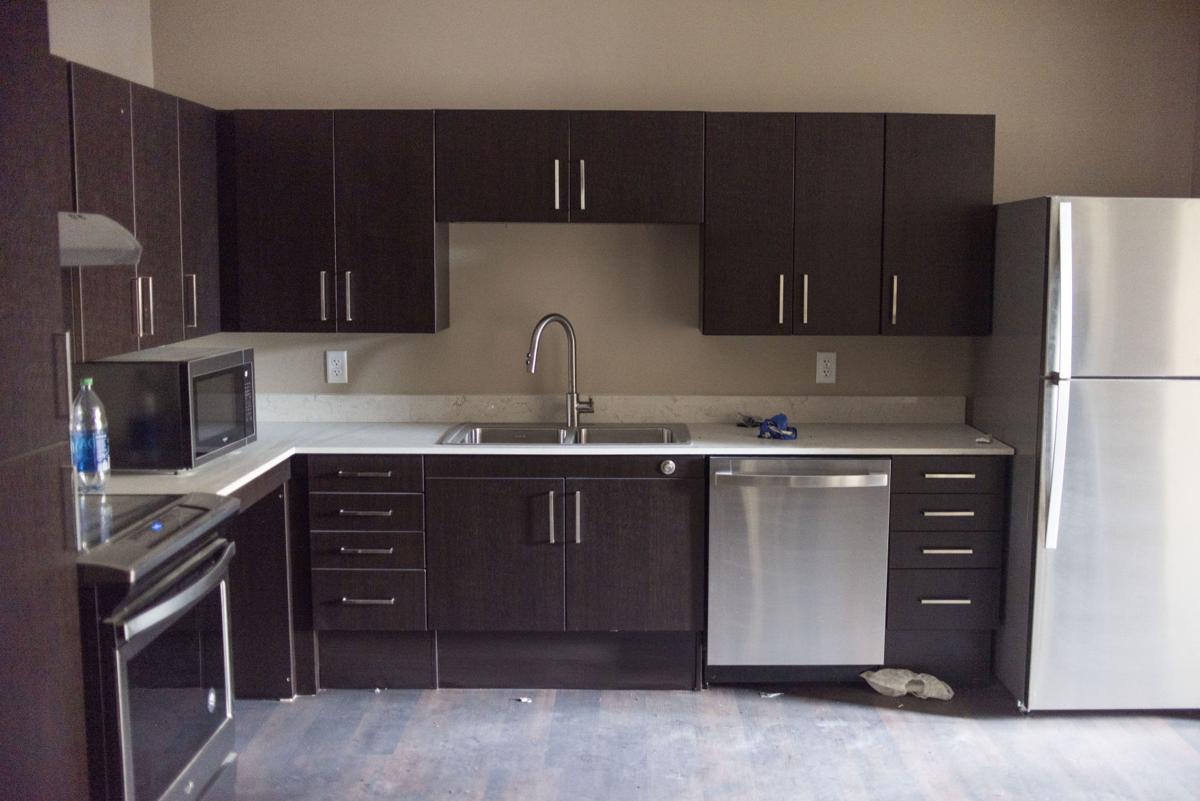 Apartments like this one-bedroom unit on the first floor of Sagebrush Apartments will be available for occupancy by October, according to developers.

John Shelton, one of the developers of Sagebrush Apartments, leads a tour Wednesday of the soon-to-be-completed project. The complex will feature a mix of studios, one- and two-bedroom apartments with varying floor plans and varying sizes. The smallest will start around 371 square feet, and the largest will top 800 square feet.

Apartments like this one-bedroom unit on the first floor of Sagebrush Apartments will be available for occupancy by October, according to developers.

Apartments in the four-story, 90-unit complex climbing skyward on Broadway will be available in October with rent starting at $1,695 a month, according to developers, who will begin discussing lease options today.

John Shelton, who is developing the Sagebrush Apartments with a team that includes Joe Rice and others, said the goal is to house local workers who “can’t afford a $2 million home” and instead “have to go to Victor and live with five guys in a three bedroom house.

“This is meant for the community,” Shelton said.

The apartment complex will feature a mix of studios, one- and two-bedroom units with varying floor plans and varying sizes. The smallest will start around 371 square feet while the largest will top 800 square feet. There will be common space around the complex, and a first-floor common area that should feature a coffee bar. In the basement, there will be a suite of lockers for outdoor gear, a fitness room and a place for those inclined toward snow sports to tune skis and boards.

The apartments will also have stacked washers and dryers and come equipped with appliances like refrigerators, stoves and ovens. Pets will also be allowed.

“Winters are long and hard here,” Shelton said. “We wanted it to be comfortable.”

All told, there will be 90 units — and roughly the same number of parking spots, about one per apartment — with 32 deed restricted for households who make more than 75% of their income from Teton County businesses and don’t own residential real estate within 150 miles of Teton County.

The balance of the apartments will be available on the free market.

April Norton, director of the Jackson/Teton County Housing Department, said those rents are right about market rate, if not below.

Her department tracks rental rates at the four largest rental complexes in the valley: Blair Place, Aspen Meadows, The Timbers and Hidden Hollow. The department’s second quarter report puts the average rent for a studio, one-bedroom and two-bedroom at $1,725, $2,140 and $2,678 a month, respectively.

That’s just north of the starting prices at Sagebrush.

“Their pricing reflects what we see in the marketplace now,” Norton said, adding that she thinks market prices are high. She didn’t fault the complex for that.

“It is not Sagebrush,” she added. “It is the market that we have, and it is because we have external demand for housing that is not related to local wages.”

Prices will vary throughout the complex depending on the unit’s layout and position in the building.

Housing officials said that paying no more than 30% of one’s income toward housing makes a rent or mortgage affordable. So, if a single person rents one of the smaller units at around $1,700, they would argue a person who can afford that apartment would make roughly $5,666.67 a month, about $68,000 a year.

Shelton, however, thought the units would be affordable to more people.

He argued that there was intrinsic value to living in an apartment that is in town, close to bike trails and public transportation, and has amenities like the forthcoming Sagebrush property. Because of that, he argued, people’s overall costs — tangible costs incurred by commuting, say, as well as intangibles like lost time in the car — would actually go down if they lived in Sagebrush.

Plus, he said rental costs could be split by couples sharing studios and brought down by different living arrangements.

Shelton said he’s already had about 170 interested individuals inquire about the apartments. Developers will start conversations Monday with prospective tenants who have contacted Sagebrush, and the developers can be reached by emailing infosagebrush@nemanagement.net, Shelton said.

Shelton said the town has told him and other developers that the first certificates of occupancy could be issued as soon as August. But, anticipating delays, he has slated move-in for October.

Big and ugly, but in the right place, with the right kind of deed restriction.