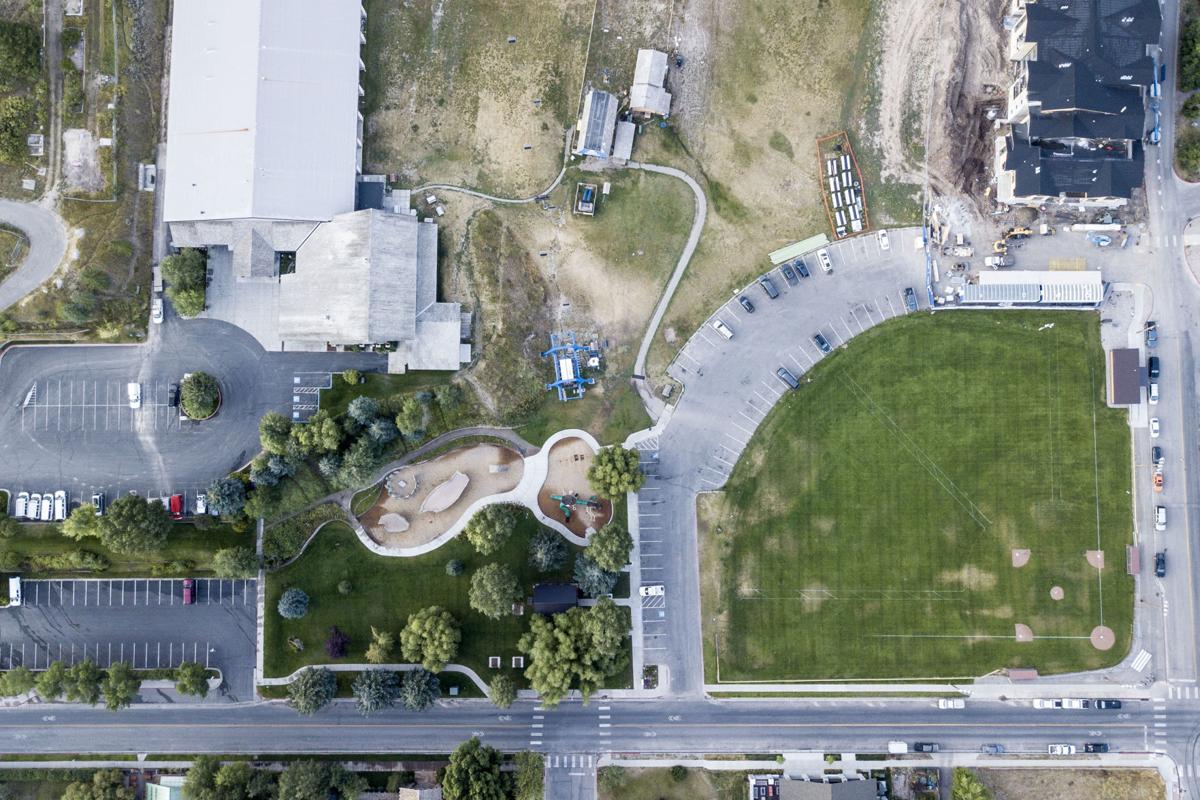 Snow King’s expansion plan includes landing a gondola in Phil Baux Park near the current base of the Cougar chairlift, which would be moved farther uphill. 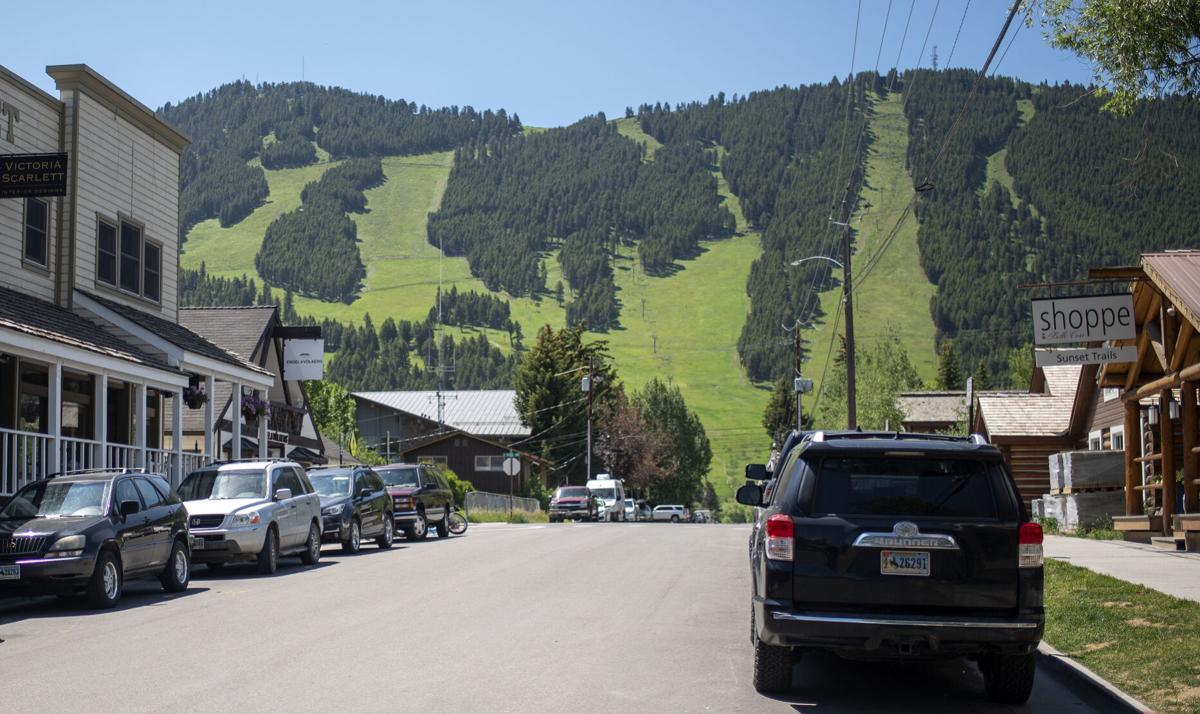 Snow King’s expansion plan includes landing a gondola in Phil Baux Park near the current base of the Cougar chairlift, which would be moved farther uphill.

Construction of a gondola on Snow King Mountain Resort is now a go, after the Jackson Town Council approved it and its base in Phil Baux Park at a specially called meeting Monday.

Also at Monday’s meeting, the council again tabled a vote on a contested zip line, instead opting to bump that vote to next Monday’s regularly scheduled meeting. Tabled, too, were Snow King requests to build a new snowmaking pump house and the lease for the gondola’s base in the park, along with a ticketing facility.

Most of the discussion leading up to the gondola vote was aimed at the hours of operation. Snow King officials have discussed the possibility of building an observatory at the summit of the mountain, and thus were asking for the council to approve gondola hours of operation until 1 a.m. to service the facility during nighttime hours.

While there was some discussion of the possible late-night hours, the council ultimately opted to go with 10 p.m. summertime hours and 9 p.m. winter hours, given that 9 p.m. is when night skiing ends on the mountain.

Councilor Hailey Morton Levinson recommended the council approve those hours for now, “knowing that we can amend it in the future,” once an observatory is built or under construction.

The proposed lease for the gondola’s base on public land in Phil Baux Park, along with an accompanying ticketing facility, would garner the town $3,000 a month. The gondola base has been moved farther to the southeast from its initially proposed position to satisfy members of the public who worried that its originally proposed placement would bisect the park and detract from events held there, like concerts and farmers markets.

The path the gondola will take forces the relocation of the Cougar Lift about 250 feet — or roughly two poles — uphill, though it will remain in essentially the same configuration as it currently sits.

Councilor Jim Stanford moved to approve the gondola at the meeting, then mentioned the “irony” that he was the one making the motion, as he said he has often been “a tough critic” of proposed expansion on Snow King.

“While we all certainly take turns making motions, and sometimes it winds up being completely random who makes it, in this case it’s strangely significant and ironic,” Stanford said. “But the truth remains, I’m as committed as anyone to the success of the Snow King ski area and to skiing in our community and to ski racing in the town of Jackson.

“I appreciate that the ownership group wants to make a major investment in infrastructure that will improve the quality of skiing and ski racing. And that’s why I was proud to make this motion, because installation of the gondola and relocation of the Cougar Lift, and preservation of Cougar Lift, will be an improvement for skiing and ski racing for residents of the town of Jackson and visitors to our community.”

Following discussion that included the council’s desire for improved pedestrian access, or “connectivity,” from the hotel on the east end of Snow King, the motion to approve the gondola passed unanimously, 4-0.

Snow King board member Jeff Golightly told the council that Snow King would be happy to comply with the directive to make the area from the hotel west through Snow King more pedestrian-friendly.

Councilor Jonathan Schechter was unable to attend the meeting due to a previously scheduled conflict, which he informed the council of at its prior meeting July 20.

In an email to the council, read by Councilor Arne Jorgensen, Schechter wrote: “Recognizing the importance of Snow King to our community and the importance of Snow King deliberations to our community’s future, I would like to extend my deepest regret for not being able to attend today’s meeting. I look forward to participating in future discussions.”

Schechter will have the opportunity to participate in discussion and a vote over the zip line after that issue was tabled following a good amount of council deliberation, including an impassioned plea from Councilor Stanford to the council, asking members to vote the measure down. Stanford insisted the zip line — the Town Council only has purview over one of a network of three or four summit-to-base zip lines; the U.S. Forest Service would have to approve the others — would create a noise nuisance that would be unbearable for Snow King neighbors.

Because the zip line has been approved in concept in the Snow King master plan, most of the council spent time Monday discussing hours of operation for the zip line, rather than its existence. There was talk about whether 9 p.m. or 8 p.m. would be a better time to end its operations, but Stanford suggested that 6 p.m. would be a better end time for neighbors of the hill because of noise issues.

Stanford, animated as he discussed the zip line, argued that new trees proposed to be planted by Snow King to mitigate noise would do little to dull the shrieks from zip-line patrons. He added that any zip lines would merely serve to add to the noise that neighbors already hear from the Cowboy Coaster.

While Golightly and Snow King officials seek to have operating hours run as long as possible for the two-month summer period, in order to maximize profits, Stanford argued that “eight hours of shrieking like teenage girls at a horror film” is sufficient.

Snow King Vice President Ryan Stanley pointed to the two-month time frame between June 15 and Aug. 15, when most people are out of school and families often travel, and asked the council for as many operating hours as Snow King could get during those months.

“We essentially make all of the money to sustain Snow King during those two months and then we lose it for the rest of the year,” he told the council.

But Stanford remained unmoved and insisted the exhilarated noise created by the zip lines would be intolerable for neighbors.

Stanley, meanwhile, told the council that Snow King would “do our best to try and encourage folks to follow a code of conduct” and recognize that they’re in a residential area and to minimize any noise they make. Stanley also mentioned the various other steps Snow King would take to minimize the noise impact, such as the trees, signage and using the quietest-available zip line equipment.

Councilor Hailey Morton Levinson then acknowledged that the zip line(s) have been previously approved in the master plan and suggested perhaps a proper compromise would be to cut the hours of operation back to 8 p.m. from Snow King’s proposed 9 p.m., two hours later than Stanford’s 6 p.m. recommendation.

Mayor Pete Muldoon said he feels that ending the hours of operation at 8 p.m., as Morton Levinson proposed, would be more appropriate than a 6 p.m. cutoff.

Golightly then reminded the board of “a give and take back during the master planning process” (amendments) that Snow King offered to the community, including employee housing Snow King agreed to build at a multimillion-dollar cost, updating the master plan for Snow King Resort Mountain Association (an HOA-type group of property owners in the area), operating Snow King at 49 hours a week, that they would first build a gondola before other improvements.

“And the exchange was, we would hope to have a zip line. Other than that we didn’t really ask for anything,” Golightly said. “There were a lot of ‘gives,’ and some would say that the previous master plan wasn’t very clear in places, so we cleared that up as well, so that was another thing that we did.”

In a Tuesday interview, Golightly noted that a previous Town Council gave its blessing with a 4-1 vote to the “trade” of Snow King making those various commitments in exchange for the zip line, or the now-proposed network of summit-to-base zip lines.

“To me it gives credence that reasonable people looked at it and thought it was a good trade,” Golightly said in the interview.

Golightly also pointed out to the council on Monday that Snow King has agreed in the past to wait until 10 a.m. to open to accommodate the Aspen Hill Cemetery, which is open from sunrise until sunset.

As the meeting crossed the 2 1/2-hour mark, councilors recognized that they were scheduled to begin a second meeting regarding food trucks, and Morton Levinson moved to continue the zip line issue, along with the issues of a proposed snowmaking pump house and the lease for the gondola base in Phil Baux Park until their meeting Monday.

The motion carried 3-1, with Stanford the sole vote against.