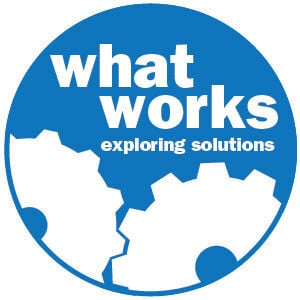 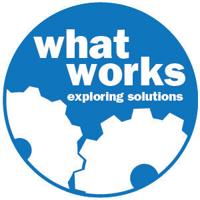 Come next month, you won’t have to pay late fees at Teton County Library.

The library is joining a growing number of libraries around the country that are eliminating fines for overdue materials. Following the change they are seeing mostly neutral or positive results, findings the local system relied on as it weighed the change.

“It’s a nationwide trend; it’s where libraries are going,” interim Library Director Deb Adams told the board in March when the idea was introduced. “There are a number of other libraries in the state of Wyoming that have already gone this route with much success and really not much of a problem.”

Basically, for library materials, the incentive to return items (other than an intrinsic sense of communal responsibility) will no longer be financial. Instead, patrons with overdue items will have their cards frozen until the items are returned. While patrons won’t be charged for late returns, they could still be charged a replacement fee if they never return an item and it is deemed lost, which usually kicks in about six weeks after the due date.

Interlibrary loans will also no longer cost money. A staff report says the library spends between $1,600 and $1,800 annually to send the loaned items back to the originating library, costs that were passed on to patrons.

Now the Teton County Library Foundation will cover those costs.

Eliminating overdue fines is a nationwide trend that seeks to address a root problem: Those who are most affected by fines are also the ones who need the library most. A $30 fine, for instance, can deter a patron from returning overdue books and accessing crucial resources like Wi-Fi hot spots or printing services because the fine may be unaffordable.

Critics of fines say that dynamic creates a system that marginalizes the poorest patrons. Once patrons incur fines they simply stop coming, depriving themselves of a community resource because of the regressive punishment.

Data from a pair of California libraries seems to bear that theory out. San Diego Public Library found in a study that 50% of its patrons with fines lived in the city’s two poorest neighborhoods. After the San Jose library system upped its fines to 50 cents per day, roughly a third of the city’s poor residents could no longer use the library because of fines they couldn’t pay.

Though libraries have used fines as a tool for returning materials for about a century, there’s not much data to show they work. A group of library researchers performed a study of libraries with and without fines in 1981, 1983 and 1990, finding each time that fines had no significant impact on patrons recirculating materials.

They also found that libraries without fines had higher short-term overdue rates but lower long-term rates, suggesting that going fine-free encourages returns overall. Those findings have been confirmed anecdotally in Chicago, where returns of late materials increased 240% after fines were eliminated.

In Colorado the High Plains Library District ended fines on children’s materials, and it saw an increase in circulation, meaning more people were accessing the library, and 95% of late materials were still returned within a week of the due date.

“Staff members of libraries are pleased with the policy change, as they have far fewer unpleasant interactions with patrons about fines, and have more time to accomplish their other duties,” a paper from the Colorado State Library reads.

Those in opposition argued the library’s fine system was not just a financial incentive. Some did say the library could use the money, though fines make up just 0.11% of its total revenue, an amount that could be made up elsewhere. The High Plains system in Colorado found eliminating fines was budget neutral because it saved money on the credit card system and staff time needed to manage fines.

Others said that they “were of the mind that having fines teaches people lessons,” Adams said. “You know, if you do something there has to be a consequence if you don’t behave within the rules that are set out.”

John Fox described in a letter his first experience returning a book late. The librarian, a “grey-haired bespectacled woman,” told him how if he didn’t bring the book back, another boy wouldn’t be able to check it out.

“This was 50 or so years ago, and I remember it like yesterday” he wrote. “I was raised to respect authority, rules and regulations and I think I turned out to be a pretty decent person.”

Fox, however, was in the minority, and Teton County librarians fell on the side of eliminating fines. The American Library Association’s position as of 2019 is that libraries are meant to serve the public, and fines get in the way of that mission.

“The staff recommends that we move forward with implementation of this policy effective June 1,” Adams told the board last week. “We are prepared in all the ways and in terms of all the back of the house matters that need to occur.”

The board passed the change unanimously.