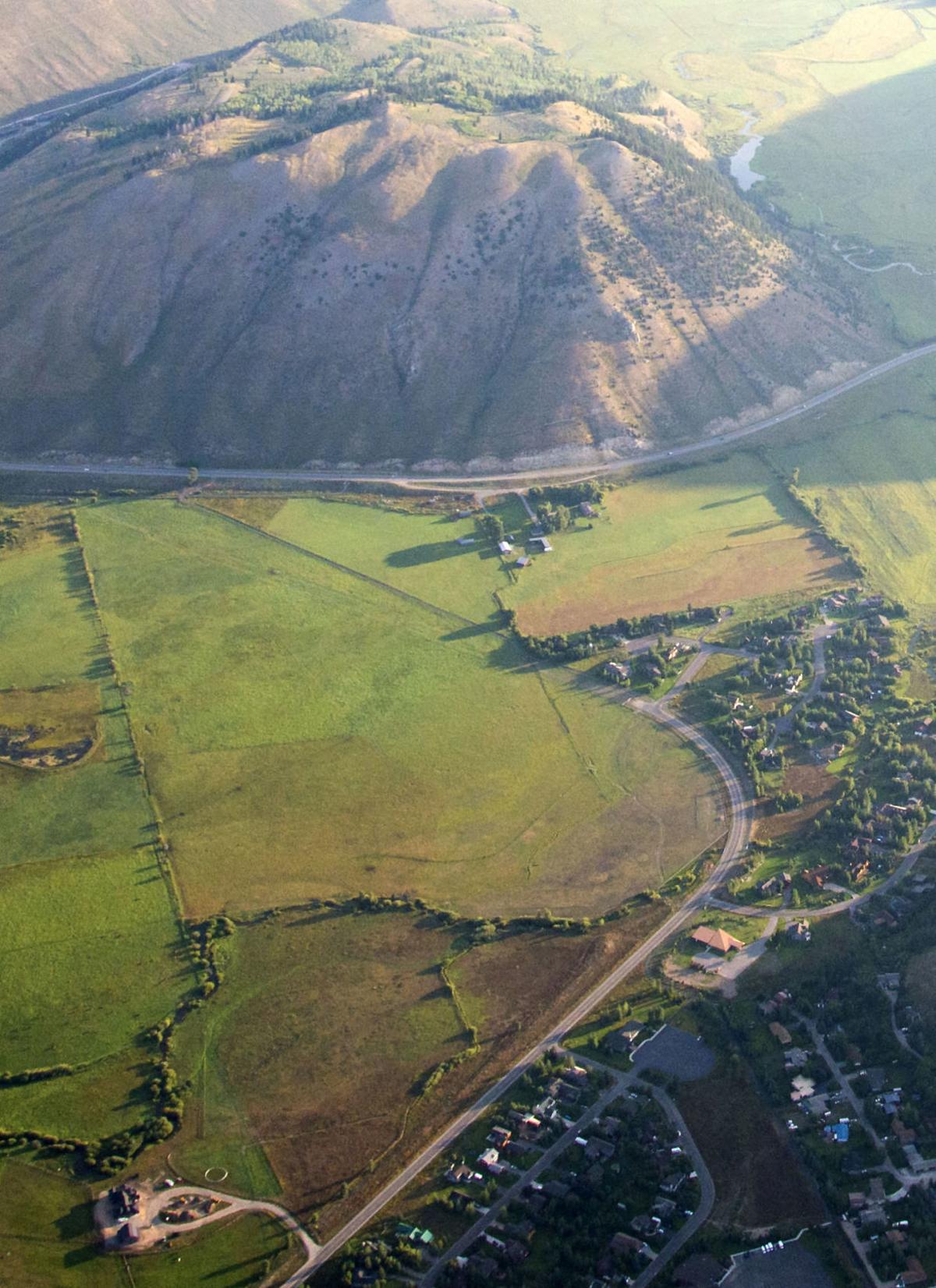 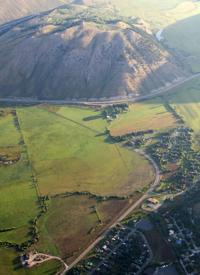 The Tribal Trail Connector Road would link South Park Loop to Highway 22. The road would roughly align with the existing pathway seen in this aerial photograph. 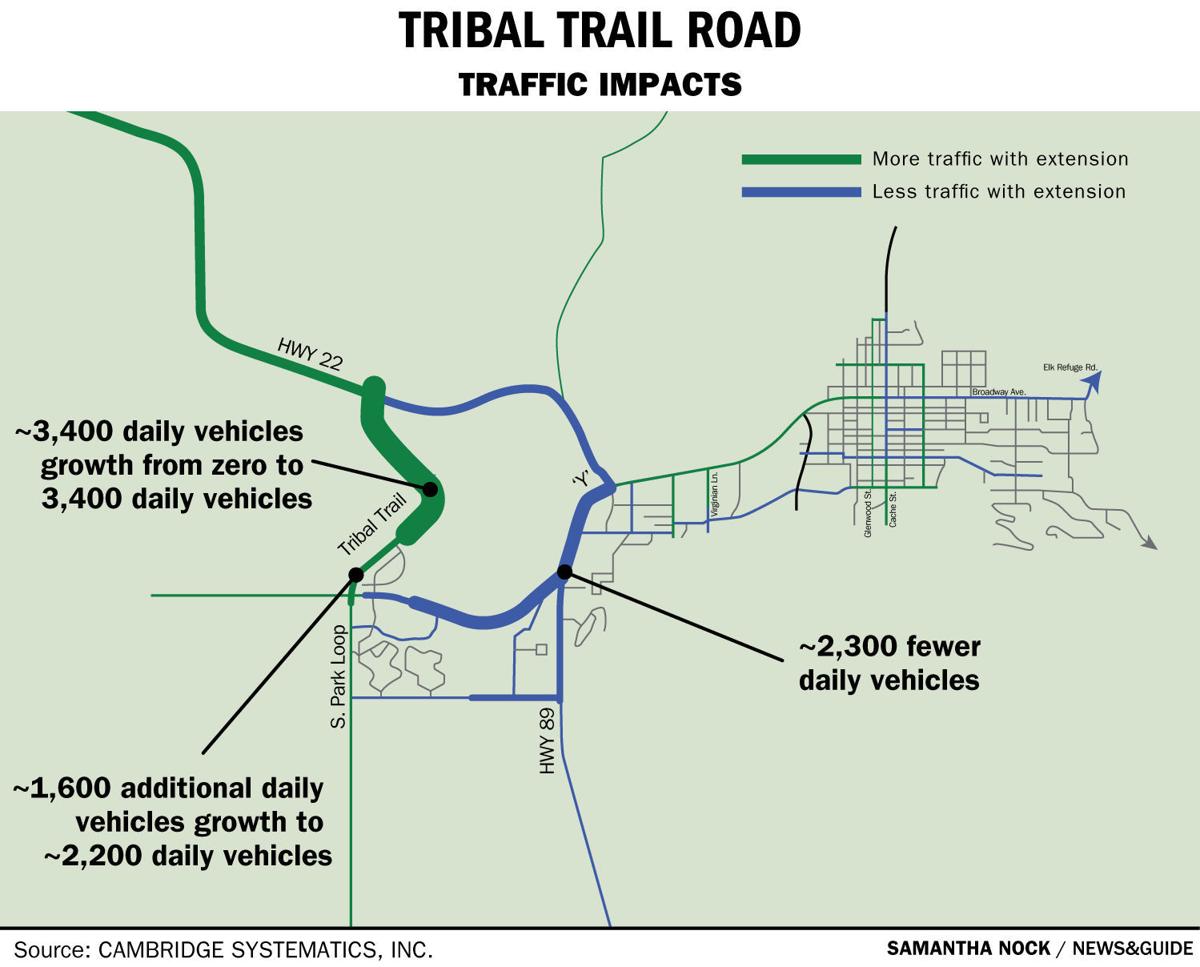 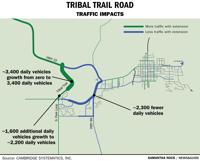 The Tribal Trail Connector Road would link South Park Loop to Highway 22. The road would roughly align with the existing pathway seen in this aerial photograph.

Heeding ungulate habitat and migration routes is a top priority for community members when it comes to building the Tribal Trail Connector Road between Highway 22 and South Park Loop.

“Elk are in this area year-round,” Irene Lund wrote in a comment form, “and I am concerned about more drivers not slowing to allow them to cross South Park Loop.”

In its planning for the half-mile road, Teton County is taking on what Public Works Director Heather Overholser is calling “the most extensive stakeholder process the county has ever gone through” for a single project. The vetting process for the Tribal Trail Connector will include five stakeholder meetings, five public workshops and three Teton County Board of County Commissioners votes.

That process kicked off with an initial “public scoping meeting” on May 30. About 80 people attended, and half submitted written comments, consultants said. They were questioned about their frequency and modes of travel in South Park, and transportation, safety and environmental concerns.

Other environmental considerations raised by members of the public included eagle’s nests, fish in Spring Creek, waterfowl migration and a need for wildlife crossings.

Beyond natural resources, safety was a recurring theme for community members, particularly for children in the area, which is surrounded by school zones. People called for “traffic calming” measures in the road design and for low speed limits with strict enforcement to ensure the road remains a neighborhood road and not a major artery or bypass route.

“Build the actual road to disincentivize through traffic,” Robbin Levy Mommsen urged, whether with speed bumps or stop signs.

A common suggestion was to restrict large trucks or commercial vehicles from using the connector.

The intersection of Highway 22 with the Indian Springs subdivision and Coyote Canyon Road to the Journeys School was a consistent topic. Left turns onto the highway at those junctures are “crazy dangerous,” Bob Peters wrote.

Some Tribal Trail enthusiasts were just eager to see the road built. The transportation needs cited by the most respondents in favor of the road were to provide travel redundancy and reduce trips through the “Y” intersection.

“It is a shame that Tribal Trails remains a political hot potato,” Dave Coon wrote. “Build it and be done.”

Others took issue with the way the forum was handled, saying it presented the road as inevitable without sufficient consideration of a “no-action” or status quo option.

“There is not one mention of not doing the road in any of your easel boards,” wrote Jonathan Schechter, a town councilor who lives in the Indian Trails subdivision. “Not one. Every word is description of process and/or justification for doing the road. Sure makes it seem like it’s a done deal.”

Other skeptics urged officials to study an expansion of Highway 22 to four lanes or study the traffic and congestion impacts of the reconfigured “Y” intersection before moving forward on the connector road.

Consultant Jim Clarke said the project team now better understands residents’ concerns. The next step is for stakeholders to develop a set of alternatives for what the road may look like, including a “no-action” alternative. Once those varying options are compiled, another public workshop will be held to vet and offer feedback on the different ideas.

In April 2018 county commissioners signed on to an agreement with the Wyoming Department of Transportation, essentially contracting the department as a consultant to complete the project on behalf of Teton County.

WYDOT in turn hired a team of consultants to study the road, including Jacobs Engineering and Morrison-Maierle. The project will follow not only the transportation plan’s project charter review process but also the National Environmental Policy Act review process, which may be mandated if the project receives federal funds or requires a wetlands impact permit.

Read all the comments online at TribalTrailConnector.com.