The 13-acre property that is home to the Virginian Lodge, Restaurant and RV Park, seen in this aerial panoramic photo, could be redeveloped. 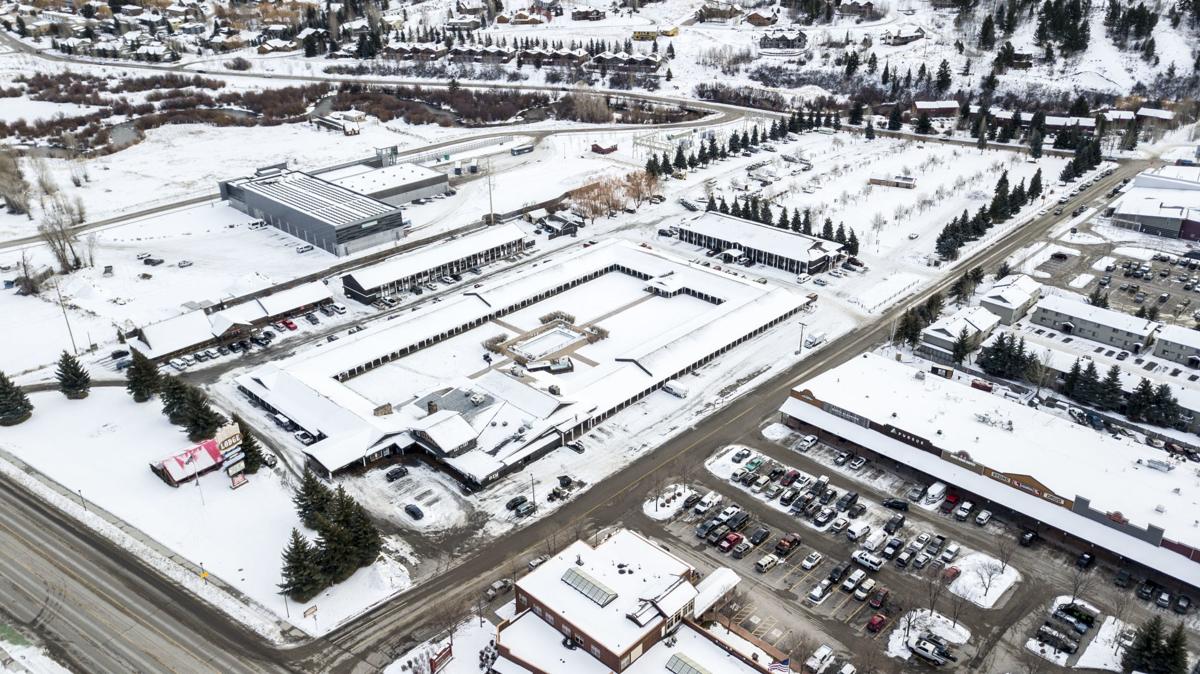 The 13-acre property that is home to the Virginian Lodge, Restaurant and RV Park could be redeveloped as employee housing. The original motel was constructed in 1965.

The 13-acre property that is home to the Virginian Lodge, Restaurant and RV Park, seen in this aerial panoramic photo, could be redeveloped.

The 13-acre property that is home to the Virginian Lodge, Restaurant and RV Park could be redeveloped as employee housing. The original motel was constructed in 1965.

The owners of The Virginian plan to redevelop the property into what could be the largest housing project in Jackson’s history, potentially giving an unprecedented boost to housing stock.

All the commercial buildings — the iconic hotel, saloon and restaurant — will remain, but they’ll be joined by perhaps hundreds of units of rental housing. Bill Collins, a planning consultant on the project, declined to give an estimate with so many variables still undetermined, but the 13-acre parcel is zoned for the highest density.

“We are hoping to do something very good for the community,” he said. “We want to make a substantial contribution to housing for people who work here.”

A project of such magnitude faces a long road of planning and public review, and the developers have just begun to run it by town officials. But if they can pull it off, and it’s a fit for the local workforce, it would put a colossal dent in the valley’s shortage of affordable housing.

Jackson Town Councilor Jonathan Schechter said that compared to some housing efforts — for example, the recent “quibbling” over whether to build 12 or 16 units in a controversial project on West Kelly Avenue — something on this scale “does have the potential to really change things, at least in the short- to medium-term.”

But Schechter added that he’s not getting too attached to the idea, at least until the developers formally introduce it to the town.

“Proposals come and go and proposals get modified,” he said. “It’s awfully early days to sit here and have a strong opinion about it.”

Councilor Arne Jorgensen called the project “an amazing opportunity,” with the potential to all at once build a major chunk of the 1,800 units of housing slated to be absorbed into the town, according to the 2012 Jackson/Teton County Comprehensive Plan. The plan aims to prevent sprawl in outlying areas of the county.

But Jorgensen doesn’t want it to overshadow the community’s other housing strategies.

“I want to be careful that we don’t fall into that trap,” he said. “This will make a huge impact, absolutely. But we can’t take our eye off the ball of staying focused on housing.”

As for the location, by all accounts it seems ideal, or at least less fraught than many alternatives for massive projects, like Hog Island, South Park and the rodeo grounds. With so much baggage attached to building in rural areas and on cherished sites, a place like Virginian Lane could provide a smoother path to approval.

“There are very few large sites left in town for potential housing development,” town Planning Director Paul Anthony said. “This is one of them, and it’s arguably underutilized.”

In fact, he said, the town rezoned the site to NH1, the highest density zoning designation, because “we knew it might be a key redevelopment site.”

Most of the housing would land on the 5-acre RV park behind the hotel, which is unusable half the year. The other 8 acres, where the hotel sits, would also be redeveloped, but Collins said they would rebuild the hotel in a way that ensures they “maintain the character of The Virginian and not lose the history.” The remodel would use the space more efficiently and make room for more housing.

Virginian Lane offers easy access to transit and is within walking distance to grocery stores and other services. Importantly, Anthony noted, it also doesn’t have many neighbors who could be hurt by the creation of such dense housing; the West Kelly project spent months in limbo amid heated opposition from those who live nearby.

Of course, much remains to be settled. As Collins put it, “we have far more questions than we have answers.” For example, the effect of the project on transportation and the overall character of the area need to be analyzed.

The final design will also depend largely on how the developers decide to balance parking with housing. Underground parking leaves room for far more housing, and Collins said they’re considering that approach, but it also greatly raises construction costs.

The title of largest apartment complex in Jackson now belongs to Blair Place, with 294 units. Under the new zoning on the Virginian property, it could easily surpass that record, though it’s difficult to give an exact figure at this stage — there is no maximum number of units allowed, so long as the developers meet all design requirements.

However the project shakes out, Collins was adamant that the developers don’t intend for the project to cater to out-of-towners.

He’s unsure what proportion of the units would be deed-restricted for local workers, but he said they do plan to take advantage of the 2:1 workforce housing bonus that allows developers extra height and density if one square foot of the bonus space is constructed as workforce housing for every two square feet of market-rate space. He also said the units will all be tailored to workers by virtue of their size and style.

Collins declined to name the developers, referring to them only as “people who have a long history with the community.” But for decades the property has been under the ownership of the Napierskie family. In the most recent business filings with the Wyoming Secretary of State, Glenn P. Napierskie II is listed as the vice president and director of Flat Creek Development Company, which owns the property.

Some argue the success of the project would lend credence to Teton County’s competence in handling its own housing policy, as state legislators threaten to nix the program — enacted by local government officials — that allows the town and county to require developers to either pay a fee for building workforce housing, or incorporate it into their projects themselves.

Jorgensen called it a sign that updates to the land development regulations and workforce housing incentives created in recent years are bearing fruit. He added that “this is an example that we’re doing a range of things in this community” to combat the housing shortage.

Collins said the owners hope to submit a formal application for the project to the town by spring or early summer. The ensuing approval process will likely take at least eight months to a year, Anthony said.

After that, Collins said, the owners would build the project in phases over seven to 10 years, for practical reasons and so as not to saturate the market by bringing too many homes to market at once.

It's almost safe to say, that, our elected officials will almost certainly foul this opportunity up.

On the surface Mr. Collins sounds like a concerned, intelligent man. I understand that these are the beginning stages of this development program and the family that owns the property seems to be addressing potential community issues with their approach. I have seen many of these situations all along the Western parts of the United States progress to something that was not originally intended and a community left disappointed, upset or outright furious. As a member of several of these communities and a witness to some of these developments I can only offer these few suggestions. * The owners of the property " the family" the organization involved in the design and development of the property should all hold multiple community meetings to have beneficial documented discussions and all questions answered And it should be done together with all parties involved. Please, please do this as you move forward in this plan for one of Jackson's largest development projects. Who am I?I'm a no one, I am an "out of towner" but I am a long time visitor to Jackson and I have truly come to like this community and have experienced several of these projects.

Absolutely a great idea... Get the public involved at the earliest possible date, and adding value to the discussion and the project itself long before it comes up in town and county meetings...

We need to be careful with high-density build-outs. Aspen Meadows has turned into a high rent district ghetto/dog park.