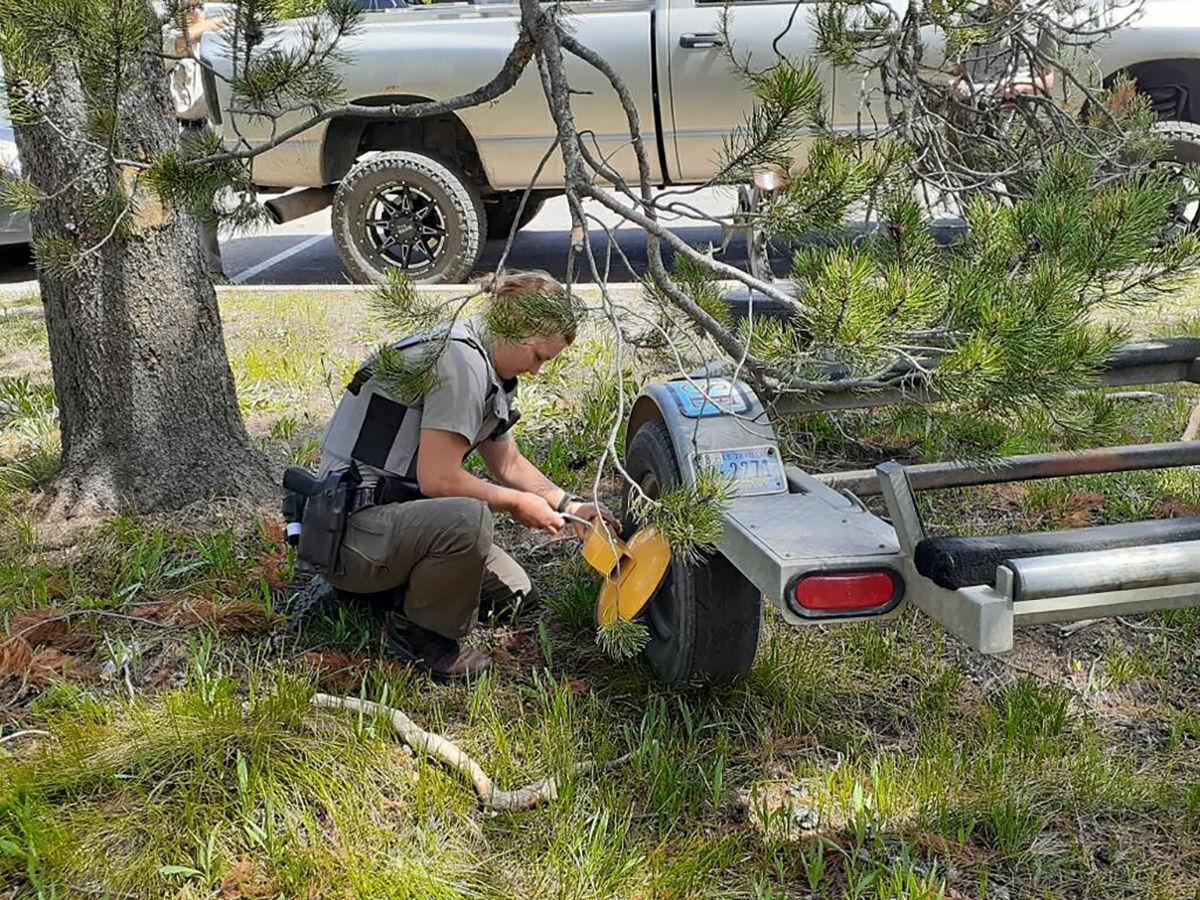 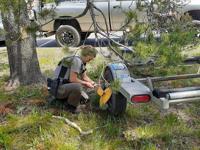 A Grand Teton National Park ranger applies a boot to the boat trailer of a man who launched a drift boat from the canoe launch with two dogs at String Lake over the weekend. The man received three citations for the offenses. 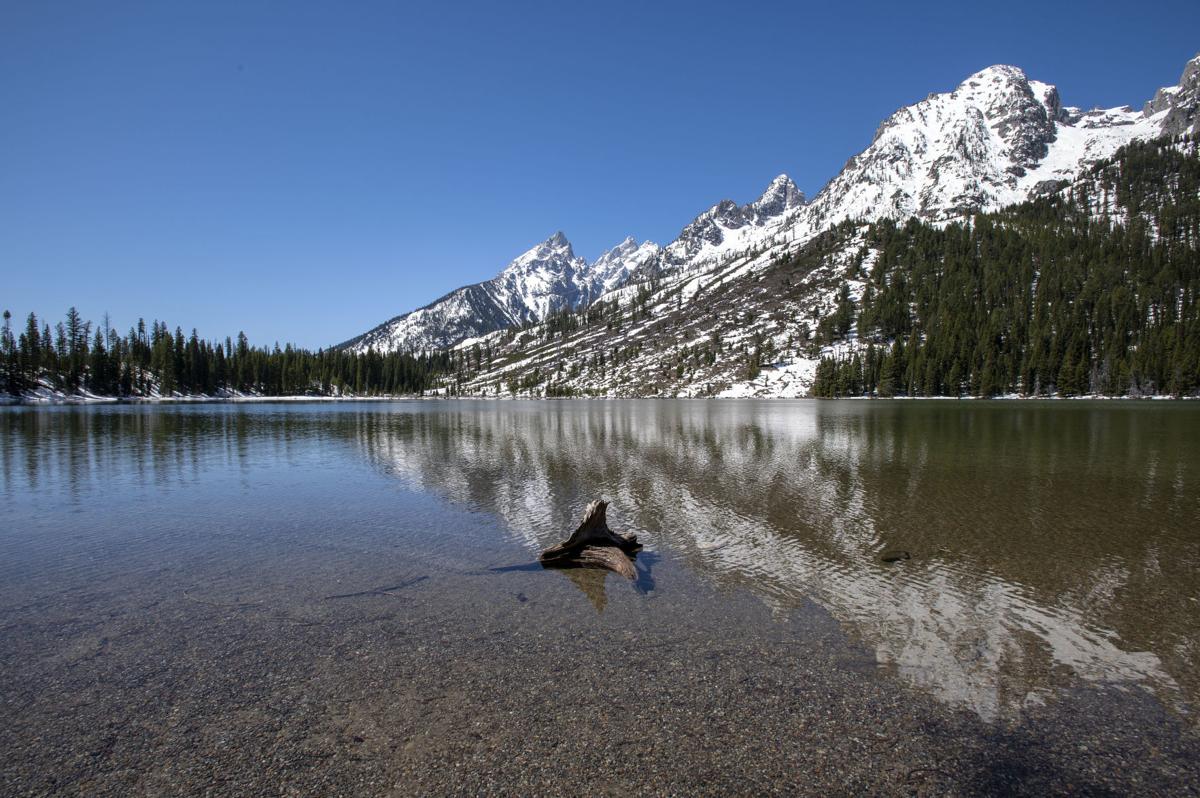 A Grand Teton National Park ranger applies a boot to the boat trailer of a man who launched a drift boat from the canoe launch with two dogs at String Lake over the weekend. The man received three citations for the offenses.

Two Wyoming men reminded visitors what not to do in Grand Teton National Park — from how to not improperly put a boat in the water to how not to endanger pets and park wildlife — and were rewarded for their actions with three park citations.

Around 2 p.m. Saturday, a Wyoming man used the sidewalk on the southeast entrance to String Lake in Grant Teton National Park to back his trailered drift boat down to the water, jumping a curb and ignoring signs in the process, according to park spokeswoman Denise Germann. The man, who was soon accompanied by another man and their two dogs, ignored instructions from the “String Lake Brigade,” which Germann described as volunteers who patrol the String Lake area keeping an eye out for wildlife such as bears and warning visitors of their presence, among other duties.

When the men ignored the volunteers’ admonishments for illegally using the pedestrian pathway as a boat launch and also bringing their dogs onto the water with them, the Brigade notified park rangers, who promptly arrived and placed a “boot” on one wheel of the boat trailer illegally parked on the grass next to the parking lot.

In order for the boot to be removed, the men had to contact park rangers, who then gave them three citations, one each for a pet in the backcountry, failure to restrain a pet, and travel off the park roadway, Germann said. The men took their boat, and dogs, to the portage to Leigh Lake, further ignoring instructions from the Brigade and rangers.

“Park staff had requested a couple of times about appropriate steps to take, and they were noncompliant,” Germann said.

Brigade volunteers and visitors at the scene Saturday were livid about the men’s disregard for the rules.

Germann was quick to note that during the record summer tourism season of 2020, and thus far this year, there have been a number of dog violations. People need to know and follow the rules related to pets — which, in part, aim to reduce conflicts with wildlife — when they visit national parks, she said.

“Last year and this year we have seen an increased number of dogs in the backcountry, so we continue to have conversations with visitors about where dogs are allowed and dogs are not allowed,” she said.

Even so, Germann said, “we are starting to see more citations for dogs in locations that they’re not allowed, including this particular incident.”

The two men’s identities and ages were not immediately available to Germann, who said they are both Wyoming residents. One Brigade volunteer said the man illegally backing the truck and boat trailer to the water told her that park rangers had told him it was OK to do so and that it was a boat launch when he was a kid. She estimated his age to be early 30s and said the area has never been home to a boat launch.

• You are responsible for clean-up and disposal of pet feces. Mutt Mitt stations may be provided, but plan to bring your own bags for pet waste disposal.

• Pets must be kept under physical control at all times — caged, crated or restrained on a leash not exceeding 6 feet in length.

• Pets are prohibited in the backcountry and on park trails.

• Pets are prohibited in public buildings and at swimming beaches.

• Pets must stay within 30 feet of any road.

• Pets are prohibited from riding in boats on park waters, except for Jackson Lake.

• Pets must not be left unattended and/or tied to an object.

• Pets are prohibited from making unreasonable noise or frightening wildlife.

• Pets running-at-large may be impounded and their owners charged for their care and feeding.

• Pets are not allowed on the multi-use pathway.