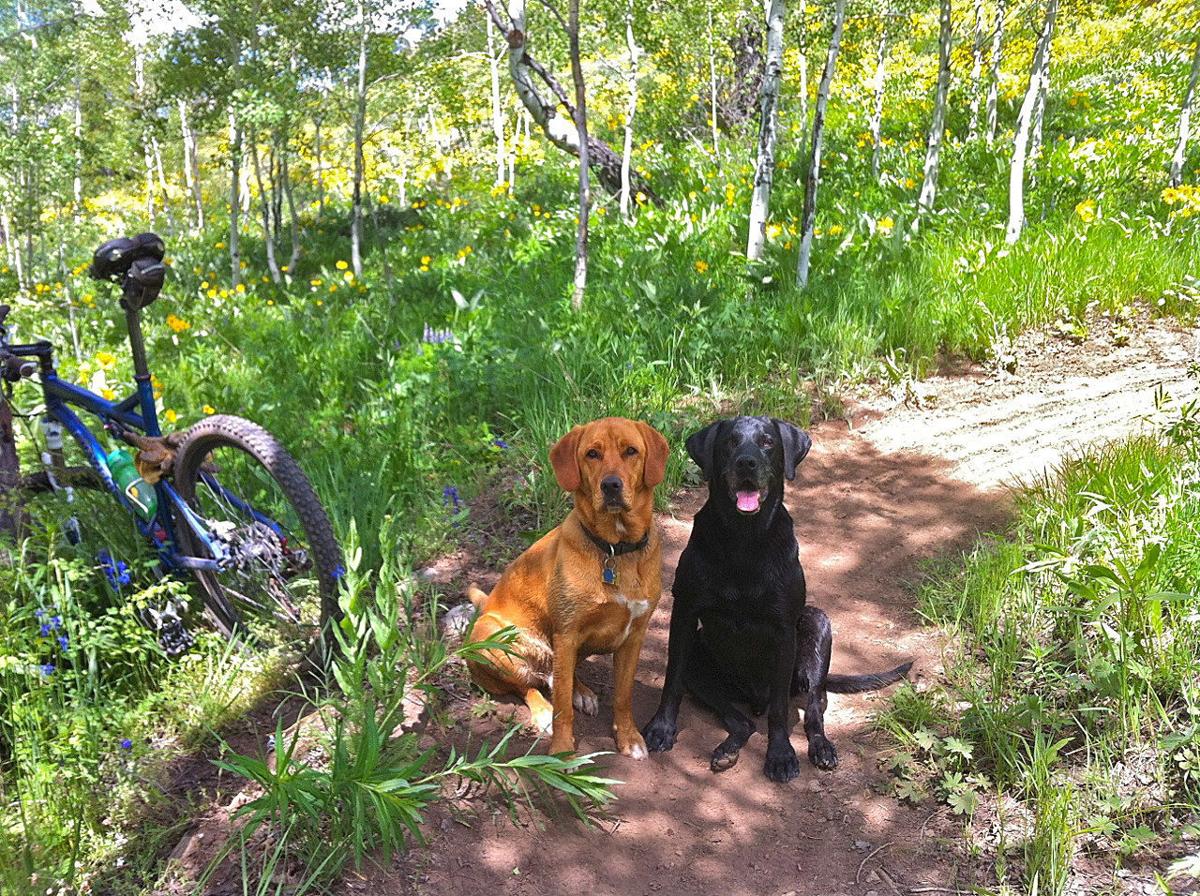 Lucky and Lad lead the way up Game Creek during a spring bike ride. 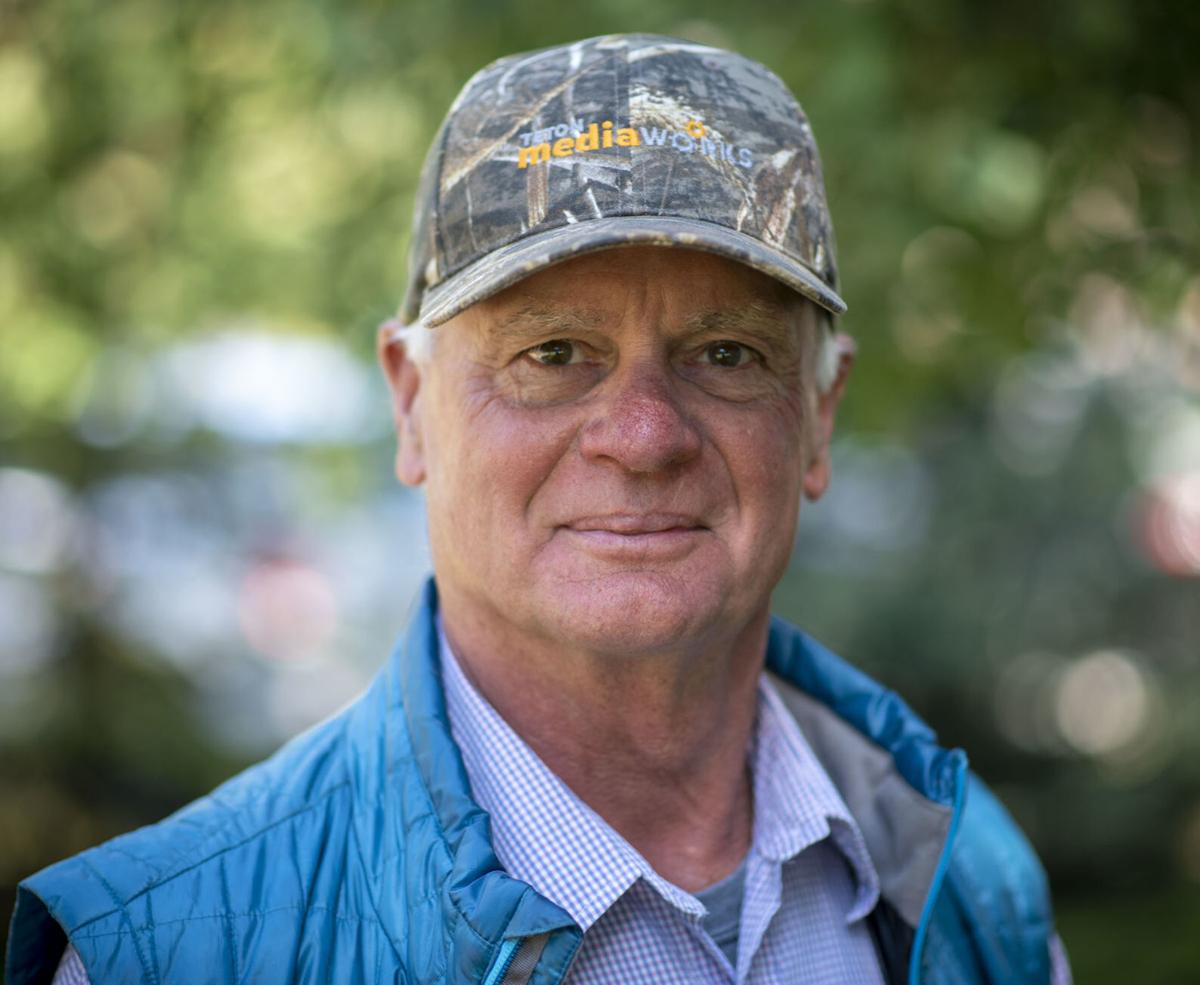 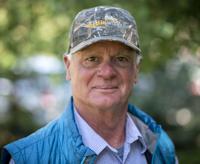 Lucky and Lad lead the way up Game Creek during a spring bike ride.

During this tragic, mean and most divisive time, I thought I would write a column about dogs. Our relationships with dogs and other nonhuman species are pretty special. They could not care less who we vote for, how we worship, what we look like, where we were born or who we love. They definitely care if we treat them kindly or not.

Dogs are remarkably resilient. Over the past 15 years, Kay and I have fostered 162 abandoned dogs, mostly through the Animal Adoption Center here in Jackson. They have been in our home from two days to two months.

They come to us in various states of distress. Most are nervous or afraid at first. A couple of our foster dogs have obviously endured severe abuse. One guy, Harry, never let us touch him. A year after he was adopted we heard that one day he could not stand it anymore and joined in a family rumpus on the bed.

Within a few days, or even just a few hours, most of these foster dogs become trusting and affectionate. Often they signal their relief by cozying up and letting out an audible sigh. It never ceases to amaze me how quickly most of them heal and are willing to trust again. They seem to know the gift of forgiveness.

I did not have a dog of my own until I was 40. I thought I was too busy with work, traveled too much and did not want to be tied down. In fact, I had always held a little quiet disdain for people who were too into their dogs. After all, dogs are not people. Boy, did I fall hard.

In 1992, we brought home a big black Lab puppy we named Waldo — my college nickname after my middle name, Walden. We took him everywhere: canoe trips, raft trips, backpacking, fishing and, of course, bird hunting. He was the most committed but indiscriminate hunter I knew. He chased pheasants, grouse, mice, woodchucks, squirrels, beavers, bumblebees, sunfish and trout. He would find and carry box turtles in his mouth, which looked ridiculous.

One day, just hours before a hard cold rain, Waldo found a wretched little abandoned pup on death’s door in Seneca Creek State Park near our Maryland home. Seneca the mutt became our second dog. She took years to gain her confidence, but she loved her move to her Wyoming home and her new identity — Sagebrush Sennie.

Until just a few months ago we had Waldo’s grandson, Lad. For over 15 years, starting as a pup, he was Mr. Mellow. He covered well over 10,000 miles out with the mountain bike and thousands more with us on horseback, foot or cross-country skis. One glorious February day, when we were both in our 50s in human and dog years respectively, we skied and ran the groomed Grand Teton National Park road from Taggart to Signal Mountain and back — 25 miles. His joy of being out in nature was infectious.

Today’s dog, Lucky, is a fox red lab we adopted. He is among the happiest, most affectionate and friendliest creatures on earth. He causes a lot of smiles. Our capacity to love our pets speaks to a better side of human nature we should extend to each other.

Paul W. Hansen’s Common Ground column appears about twice per month. Columns are solely the opinion of their authors. Contact him via columnists@jhnewsandguide.com.