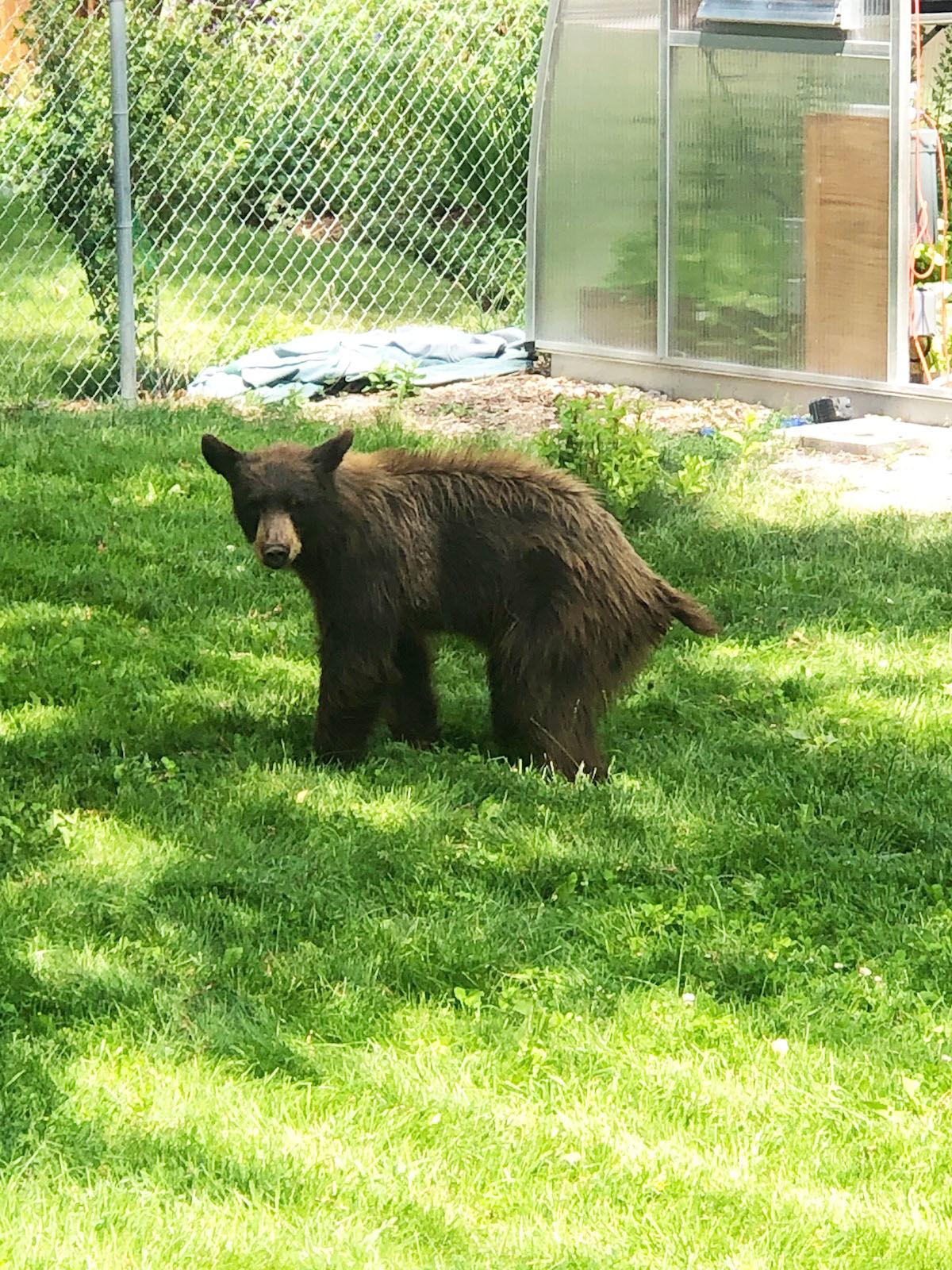 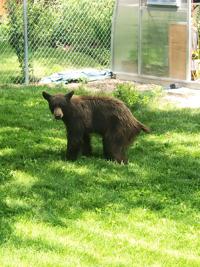 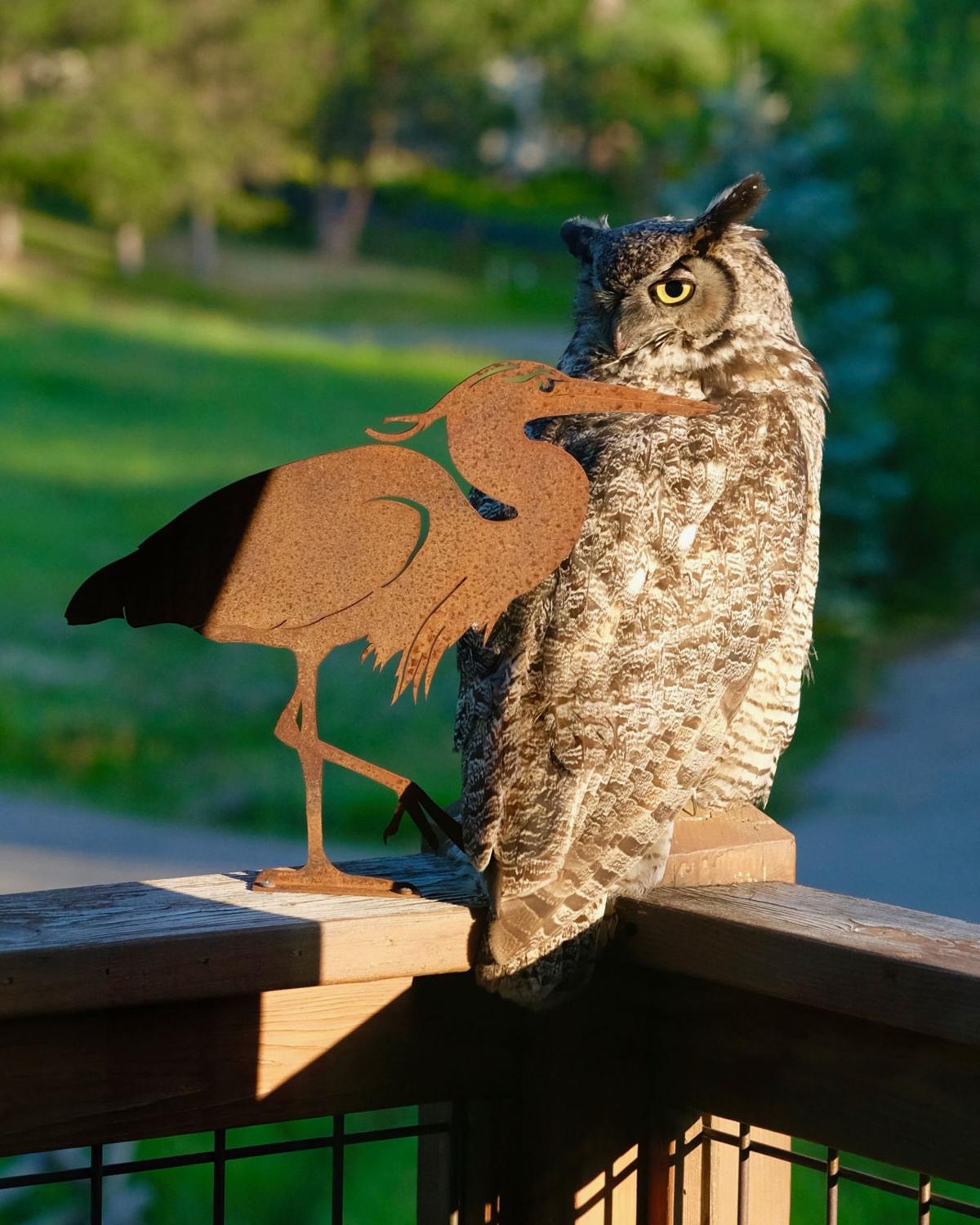 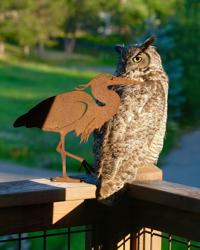 A great horned owl hangs out with a rusty porch pal.

A great horned owl hangs out with a rusty porch pal.

The valley is still green, but some trees are beginning to show leaf damage, presumably because of bugs or lack of moisture.

Susan Marsh reports a blue jay in the yard Friday, calling, and flickers with three young.

Martha McCravey and Alan Wood continue to appreciate the family of great horned owls whose young have fledged at Skyline Ranch.

On July 16 a hairy woodpecker visited K.O. Strohbehn’s bird feeder, and on July 19 she saw a marmot on the fairway at Golf and Tennis. The handsome dude was east of the bike path, lying down in the grass; he appeared to be eating.

Richard Klene wrote of July 22: “It was interesting to observe the behavior of what I guess was a garter snake in the Snake River as I fished and waded along a rocky shoreline. ... I noted that it was poking its head into small openings under rocks or between rocks in about 6 or 8 inches of water. From half to all of its head would disappear into the openings for just a second or two, and then the head would be pulled out and moved into a new opening. I suspect it must have been feeding on small insects or crustaceans, since its mouth seemed to be moving when the head came back out.”

Franz Camenzind says the birding has been slow of late: “I can only hope that all the residential birds are dispersed throughout the valley and high country, and not nonexistent. Gray catbirds are still feeding on my suet. Add to this clientele the occasional yellow warbler. Both black-capped and mountain chickadees are feeding on seeds and suet. And calliope hummingbirds are visiting my feeders, but in small numbers. I have yet to witness rufous hummingbirds.”

A young black bear made a dramatic midday in-town appearance. It seemed to have stayed out of trouble. The neighborhood social network alerted everyone on the block to secure garbage cans and take in bird feeders. Good networking and great advice.

This would be a good time to do the annual “cleaning of the bird feeder.” Dirty feeders can be a tragic source of disease transmission. Make sure all debris is removed from cracks and edges, and then wash with soap and very hot water and a dilute bleach solution (no more than one part bleach to 9 or 10 parts water). Rinse thoroughly and allow to dry completely before refilling.

Franz was appalled to read of the mad motor bikers who tore up part of the Kelly Hay Fields in Grand Teton Park. He had to wonder: What did it do to the long-billed curlews nesting and rearing their young in the fields?

While on Teton Pass on July 22, Frances Clark saw a family group of Clark’s nutcrackers. On Friday she saw about six crossbills flying with chip-chip-chip calls and landing briefly in cones of spruce. She is not sure which species they were. Frances was disappointed to see a cow moose and calf being barked at by a biker’s dog and, shortly thereafter, another dog with its owner way far away investigating a different moose cow and calf.

Ron Gessler reports that all is hot and dusty in the Hoback Nation. A few weeks back, Ron posted seeing a rufous hummingbird. Then, he didn’t see another until Saturday. Maybe they are really back this time?

Herpetologist Deb Patla reports that some Western toad tadpoles in Jackson Hole have sprouted their legs, absorbed their tails, and emerged from the ponds as mobile land-going toadlets, while others still have a lot of development to do.

In the willows, common yellow-throats, willow flycatchers, and white-crowned, song and fox sparrows are still singing — each song more precious this time of summer.

Kay Modi was cycling her normal route on South Park Loop and noticed a fledgling osprey flying around. It landed in a dead tree that two American kestrels were vehemently defending. The competitive squawking was a draw into silence while Kay observed (suspecting the young osprey was waiting for a parent to lead the way back to their nearby nest box). Another male American kestrel was surveying the fields from a power line on the southern end of the road. Kay continues to see cedar waxwings, which may be due to the increasing berry production in nearby bushes. Routine sightings of small pronghorn herds are also noted.

Susan Patla reported July 25, from Packsaddle Estates in Teton Valley, Idaho, that bird numbers are going down and not much is singing except for robins, chickadees and pine siskins. She had a brood of mountain bluebirds twittering loudly from the nest box, but it went silent yesterday, so she hopes they fledged.

Susan saw an evening grosbeak Saturday, munching on serviceberries. The bushes are loaded this year. She did not hear or see any sparrows except for a few singing green-tailed towhees. They sang only a few phrases and then shut up again.

On July 26, Susan saw quite a bit more activity, including the female mountain bluebird flying by with food, so the young are stashed somewhere nearby. Susan also saw fledglings of many other species, including: green-tailed towhee, warbling vireo, yellow warbler (being fed by adult), MacGillivray’s warbler (fed by adult), gray catbird, house wren, Western tanager, brown-headed cowbird, Northern flicker, American robin and red-tailed hawk. And she heard many different calls and buzzes as young solicited food and adults contacted their offspring. A brief concert before the great silence descends.

Got a sighting or a photo to share? Email contributions to columnists@jhnewsandguide.com.