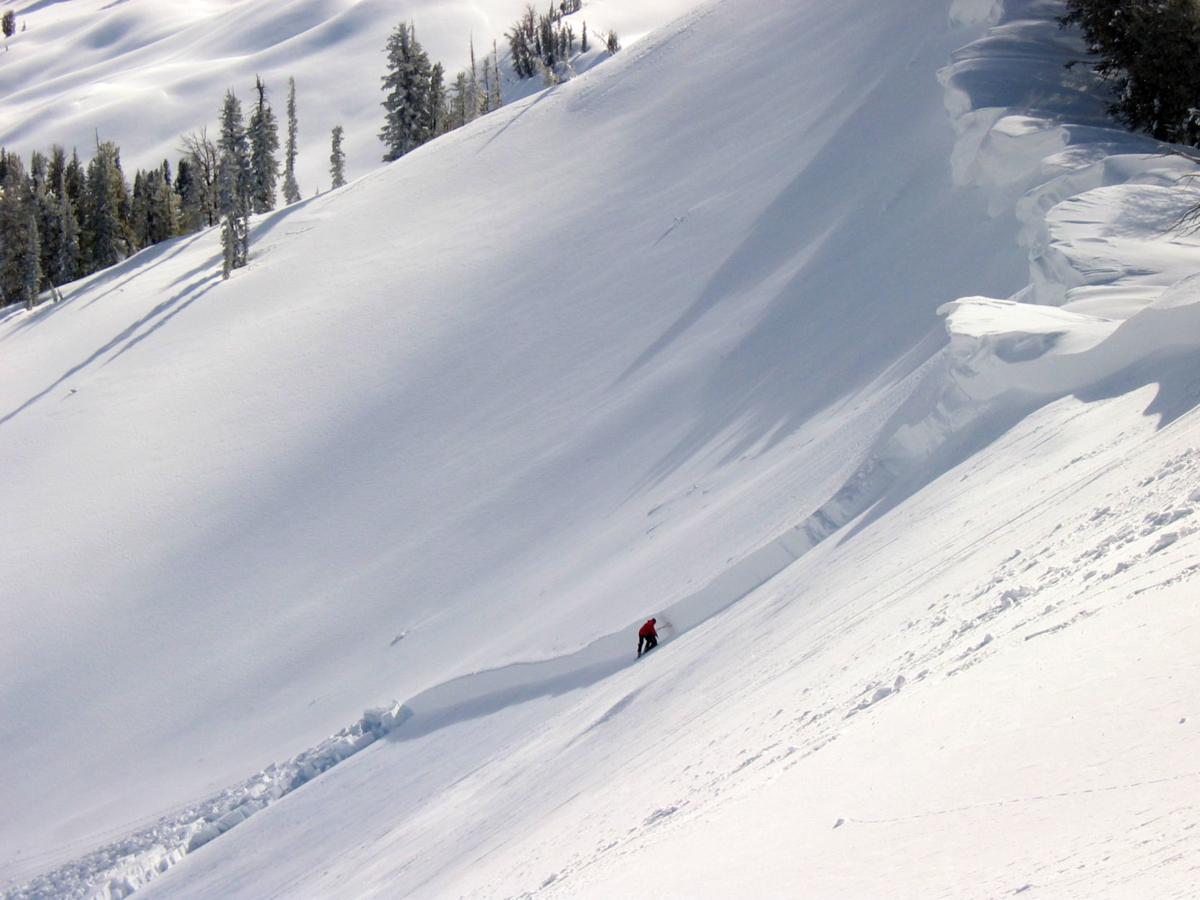 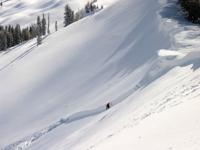 Dave Fett examines the crown of a slab avalanche on New Year’s Peak in the Snake River Range.

In light of some recent avalanche incidents this past week or so, I decided it might be time for a little refresher on avalanches. More explicitly, the role that weather plays in making the snowpack dangerous.

To understand avalanches you need to analyze the weather beyond just looking at how much new snow we got or how much we’re gonna get.

It is the combination of snowfall, wind and temperature fluctuations that determines both the layering and the strength of the snowpack.

Whenever there are long periods of cold and dry weather between storms, weak layers will form. Cold temperatures produce weak, poorly bonded snow crystals on the surface of the snow, which will subsequently be buried by the next storm.

Weak layers may also form deep in the snowpack, with sustained cold temperatures. Buried weak layers are what avalanches fail on.

Warm temperatures or lots of sunshine on a south-facing slope will form a crust as surface snow crystals melt and then re-freeze. Once that crust is buried by new snow, it can make a smooth sliding surface for future avalanches.

Rain, of course, is always the enemy in winter. It not only makes for poor skiing, it also rapidly adds weight to the snowpack and almost always causes some avalanching.

Rain-soaked snow that re-freezes will also make a slick sliding surface for the next dump of snow.

How much snow we receive from a storm is important, but even more important is the density of that snow. Snow density is the ratio of water amount to snow amount.

If an inch of water that produces 10 inches of new snow has a 1:10 water-to-snow ratio. We call that “10-percent snow”

In the previous examples, the 10 inches and 20 inches of snow would add the exact same amount of weight to the snowpack.

Same number of inches of snowfall, one adds 2 inches of water weight, the other only adds 1 inch.

Isn’t math fun? Double-check that I did that correctly.

Wherever wind speeds are reaching 20 mph or greater, there is snow being transported from one place to another. Wind can transport snow from the windward side of a ridgeline to the leeward side at a phenomenal rate. Wind will easily add two to four times as much snow to leeward-facing slopes.

Therefore, that 10 new inches reported in the last 24 hours, from the weather instrument located in a protected area, could translate to 2 feet or more of snow accumulation on any exposed leeward slopes.

Keep in mind, too, that you don’t need new snow to make new avalanches — all you need is snow on the ground and an increase in wind.

Stay on top of the weather throughout the season. You can read more about the weather that has transpired this season, by going to the Bridger-Teton Avalanche Center’s website, JHAvalanche.org. Read the week-by-week Snowpack Summaries.

Also check out their new Snowpack Tracker, which graphs snow, temperature and wind (and more) for the season. You can easily match the weather data to when avalanches were occurring.

From there follow the weather forecast to see what the trends will be in the mountains for the coming week. Speculate about how changes in the weather might affect the avalanche danger.

Of course, I use the Jackson Hole Forecast page on MountainWeather.com to visualize trends in snowfall, ridgetop winds and temperatures, in a graphic format for the next four or five days.

Last, consider taking an avalanche course in 2019 to learn more or to refresh what you think you already know.