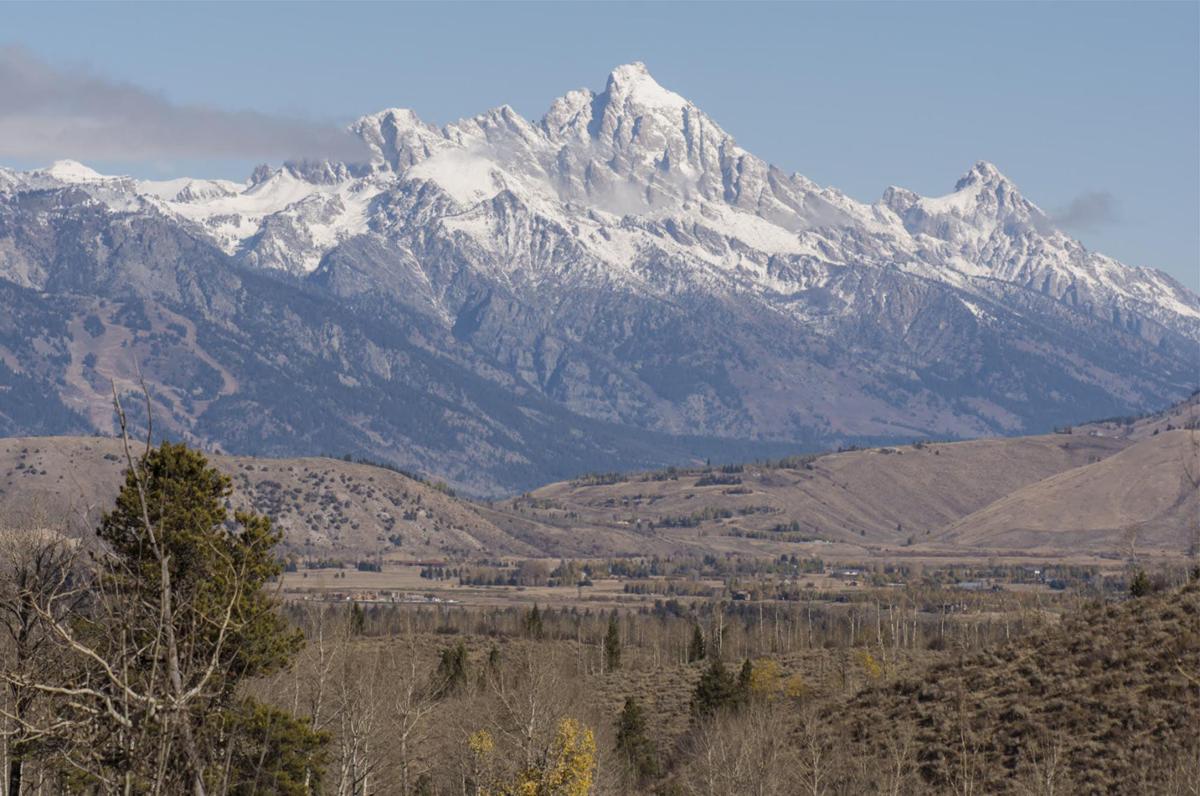 Mountain weather in October is known to take some deep temperature dives. This photo, snapped Oct. 14, was taken on a morning when the temperature at the top of the Aerial Tram was a mere 1 degree.

I have always found October to be an interesting and busy time of year. We have the NFL season, it’s playoff season for Major League Baseball, the start of the NHL hockey season and the NBA basketball season openers. Although I don’t follow it, I’m sure there are also some pro golf tournaments, tennis opens and, perhaps, WWE Smackdowns going on, as well.

October is really no “offseason” for weather, but rather a transition month from summer-like to more winter-like conditions.

The average high temperature for the month of October in Jackson is 58 degrees. So far, we have seen temperatures almost 10 degrees warmer and as much as 20 degrees cooler within just the first two weeks of the month.

So if you thought that 37 degrees was a little chilly for an afternoon high that early in October, you were right.

The following Monday morning, Oct. 15, we woke to a low temperature in town of just 10 degrees. Cold enough to not only frost but shrivel your pumpkins. That was not a record low for the date, but we were close. The record low on that date in town is 8 degrees, set back in 1952.

For reference, the average low temperature in Jackson in mid-October is around 25 degrees.

Up in the mountains, it was even colder. On the morning of Oct. 14, the temperature at the top of the Aerial Tram was 1 degree. At the Lower Saddle of the Grand Teton, at 11,600-feet, it was minus-1 — that’s like a cold day in January.

All that cold air came from a weather system that moved south from Canada, dropped down through western Montana, then traveled along the Continental Divide into Wyoming and Colorado.

Areas along and east of the divide, like Bozeman, Montana, and Yellowstone National Park, saw significant snow from that weather system. Places like Casper and especially the Colorado Rockies also picked up quite a bit of snow.

That is typical in October, with weather systems delivering big early season snows along the east slope of the Rockies.

In Colorado October snows were sufficient enough for Arapahoe Basin and Loveland ski areas to open nearly two weeks ago.

Wolf Creek Ski Area in southwestern Colorado opened Oct. 13 this year, its second earliest opening date ever. Some of that moisture was supplied from the leftovers of Pacific hurricanes, which kept the southwestern U.S. pretty wet earlier this October.

While the Tetons have some white stuff up high, the warmer days that we had last week took a toll on most of the snow on sunlit aspects. High temperatures in Jackson at the end of last week were back up over 60 degrees, and mountain temperatures, at around 10,000 feet, were pushing 40 degrees.

It looks likely that we will be back to colder and wetter weather at the end of October. This all adds up to making October a difficult month for planning outdoor activities.

As well as making October a hard month to dress for.

Jim is the chief meteorologist at MountainWeather.com and has forecasted the weather in Jackson Hole and the Teton Range for the past 25 years.