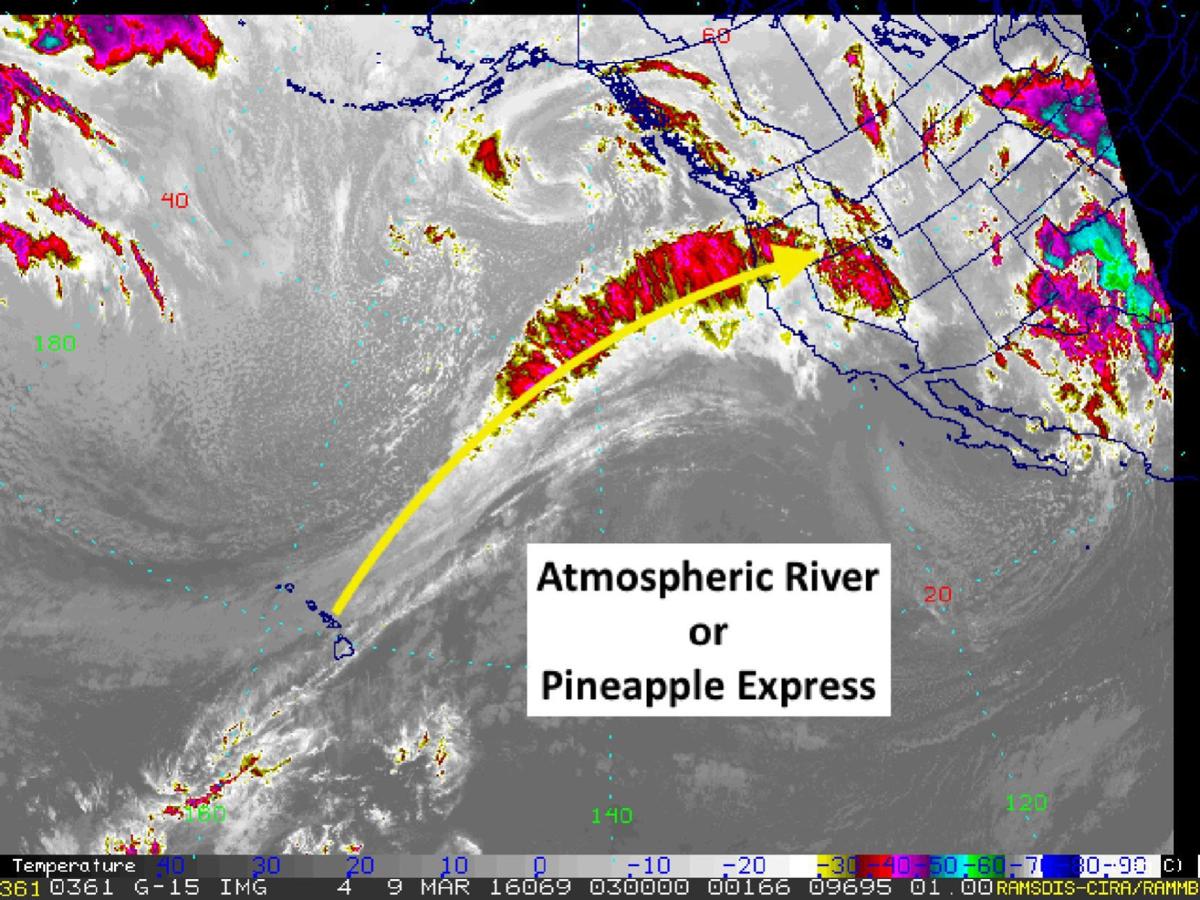 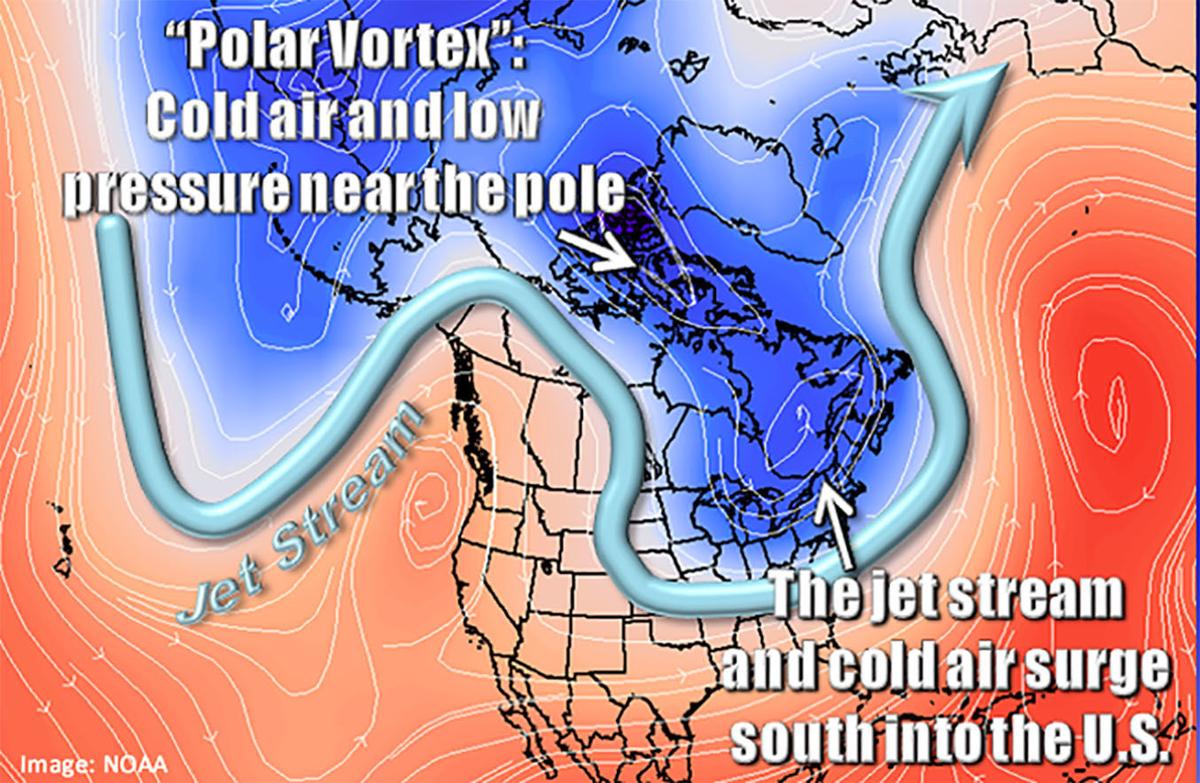 The “polar vortex” is a deep, cold trough of low pressure in the atmosphere, which brings extremely cold air much farther south than normal. But that’s too many words and doesn’t sound nearly as sexy as “polar vortex.” 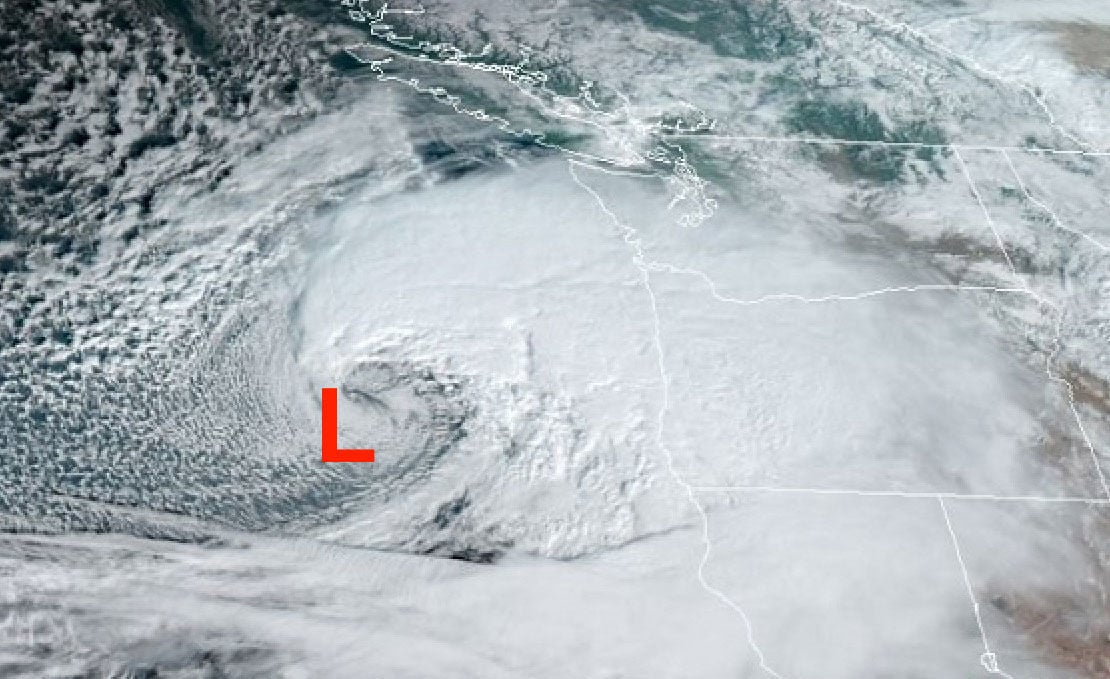 A “bomb cyclone” is the name for a rapidly intensifying low-pressure system. They usually form along either the northwest or northeast coasts of the United States. A bomb cyclone hit the Oregon coast this past Thanksgiving.

The “polar vortex” is a deep, cold trough of low pressure in the atmosphere, which brings extremely cold air much farther south than normal. But that’s too many words and doesn’t sound nearly as sexy as “polar vortex.”

A “bomb cyclone” is the name for a rapidly intensifying low-pressure system. They usually form along either the northwest or northeast coasts of the United States. A bomb cyclone hit the Oregon coast this past Thanksgiving.

If you are a frequent Weather Channel watcher, you have probably heard the terms used to describe a variety of winter storms, including “atmospheric rivers,” “polar vortexes” and “bomb cyclones,” all of which sound quite ominous. It reminds me of that line in “The Wizard of Oz” — “Lions and Tigers and Bears, oh my!”

From my perspective these terms are used to create a state of panic, to get you to stay tuned. It’s what we meteorologists refer to as the “atmosfear.” If you can make it sound like some sort of weather Armageddon is coming, then perhaps more people will keep watching.

But most really aren’t as scary as they sound.

An “atmospheric river” is simply a continuous feed of moisture, for example, from the eastern Pacific into the western United States. Generally that moisture is carried along in a strong jet stream flow. If that river of moisture lines up over you, expect several days in a row of continuous precipitation, in the form of rain or snow, depending on temperatures.

Another term you may have heard in the past is “Pineapple Express.” That doesn’t sound too bad — could even be a name for a tropical drink you might order in a bar. The pineapple express is also an atmospheric river.

Atmospheric river sounds much more threatening, thus the recent switch in terminology used in the media.

The “polar vortex” is more often an eastern United States phenomenon. All it is, really, is a deep, cold trough of low pressure in the atmosphere, which brings cold air much farther south than normal. But that’s too many words and doesn’t sound nearly as sexy as saying “polar vortex.”

Cold air that originates up near the North Pole is the polar part. The low pressure is the vortex part. All low-pressure systems or storm systems are vortexes. That is: Any cyclonically rotating area of lower pressure (counterclockwise) in the Northern Hemisphere is a vortex. Again, that isn’t a very catchy way to describe it.

If you wanted to, you could call it a “polar cyclone” and make it sound even scarier.

Cyclone is yet another term used to describe a low-pressure system or any storm. The term “bomb cyclone” refers to a center of low pressure that has a precipitous drop in its central pressure in a short time. The criteria for calling it a bomb is 24 millibars of pressure decrease in less than 24 hours. An average drop in pressure for a developing storm is about half that rate.

A bomb cyclone, or “bombogenesis,” as it is also known in meteorology, is simply a rapidly intensifying low-pressure system. They usually form along either the northwest or northeast coasts of the United States. A bomb cyclone hit the Oregon coast this past Thanksgiving.

These three terms I just described have been around and known to meteorologists since about the 1950s. Media outlets like The Weather Channel love to use them to help sensationalize the weather. Having catchy monikers helps reel in viewers. The Weather Channel has also adopted the practice of naming winter storms in the same manner the National Weather Service names hurricanes during the summer. (The National Weather Service does not give official names to winter storms, by the way.)

Oftentimes all it amounts to is just another winter storm, like many winter storms that we get in Wyoming, or anywhere else in the country for that matter.

Don’t be afraid: It’s just the weather, doing what weather does. There is nothing new or more severe about it just because it has been given a different name.

The National Weather Service issues watches and warnings, and those are what you should pay attention to this winter. They will let you know when the potential exists for severe weather that might hamper travel. Those are the days when it is best to just stay home and hunker down by the fire instead of heading outside where there might be lions and tigers and bears, oh my!

Curious to know more about weather trends, both real and perceived?

Jim Woodmencey will be presenting “An Atmosfearic Assessment: What's Changed, What's Real and What's Alarming” at the next Geologists of Jackson Hole meeting, scheduled for 6 p.m. Jan. 7 in the auditorium of the Teton County Library.

Climate changes ... has forever, and forever will ... and many thanks to those who help us understand why .. and help predict the "climate future" ... And let's take a reasoned, calculated, thoughtful approach to what degree mankind might influence our climate .. either positively or negatively .. and then work to optimize that impact positively. Thanks Jim for all your efforts in our valley!!