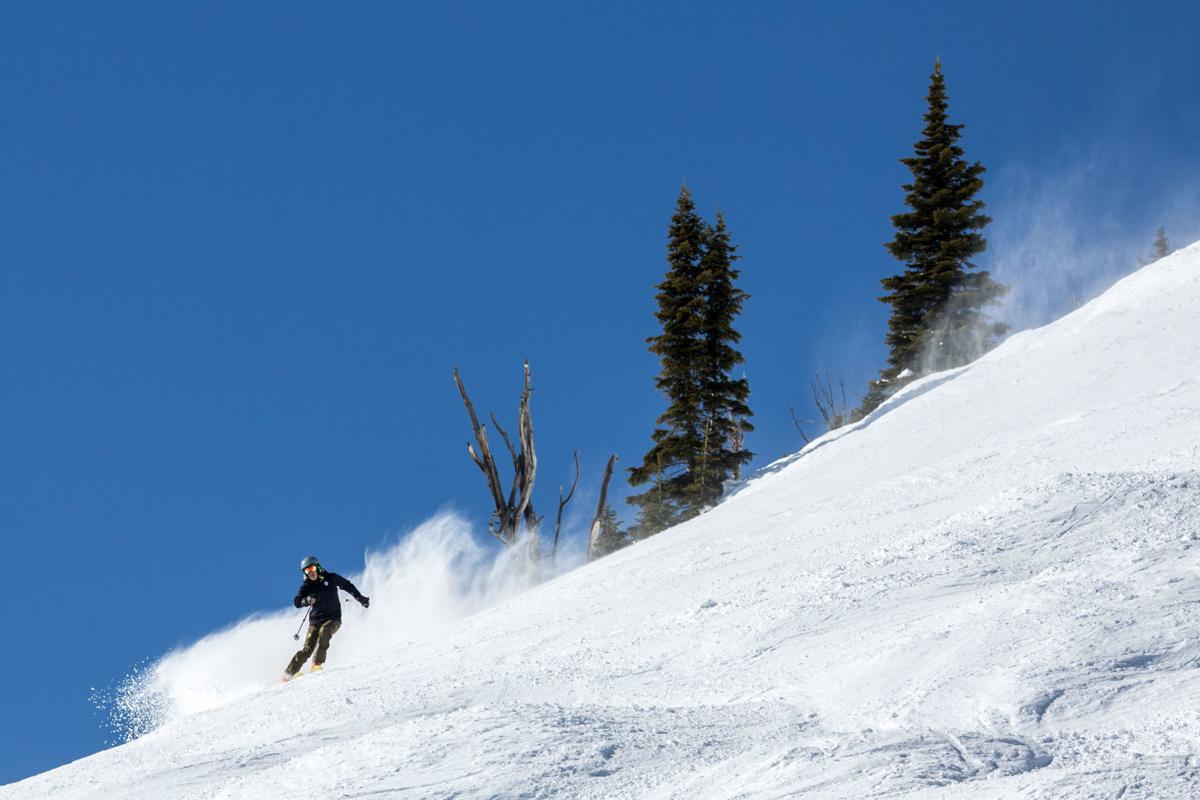 A skier digs in on the upper mountain Saturday afternoon during a sunny day of skiing at Jackson Hole Mountain Resort. Snow measurements at Rendezvous Bowl show February’s snow depth is deeper than the year prior, which was a record year.

A skier digs in on the upper mountain Saturday afternoon during a sunny day of skiing at Jackson Hole Mountain Resort. Snow measurements at Rendezvous Bowl show February’s snow depth is deeper than the year prior, which was a record year.

The past six weeks or so have been almost a blur — a blur of powder that has required me to spend as much time as possible in the mountains measuring snow depths.

Part of the job of forecasting snow is going out and verifying how much you actually got, which requires a lot of skiing to obtain good numbers. I was just doing my job.

As February draws to a close, and with a break in the weather this past week, I thought it would be a good time to take a look at where we stood in terms of the current snowpack. That is, how snow depths and snow-water equivalent compare with what we had last year at this same point in the winter. And to the historic averages of those various categories of snow measurement as well.

When you look around the western United States this past week, the Tetons are doing as well or better than anywhere else in the country for settled snow depths.

Excluding some of the mountains of British Columbia, the Tetons are right up there with some of the best snow depths in North America right now.

Last year it was at 387 inches on the same date.

I thought last February’s snow was incredible, but the skiing this February has been even better.

The big difference between this winter and last winter in regard to snow depths is that the mountains have more this year, whereas the valley has been lagging behind a bit.

Settled snow depths in town were at 17 inches Feb. 20. At the same time last year the snow depth in town was at 25 inches.

Last February we had a record 55 inches of snow in town. Through the first three weeks this February we’ve had a total of 19 inches of snowfall. Which, by the way, is already above the average for snowfall in February in Jackson of 14 inches.

Around the western United States that is also the biggest difference between this winter and last winter. Snow depths at lower elevations are much less this year than they were last year at this same point in time.

The big question for this spring will be how much water is in that snow?

As of last week all the SnoTel stations across the mountains of western Wyoming were over 100% of the average for snow-water equivalent.

The Philips Bench SnoTel site at the 8,200-foot elevation showed 22 inches of water contained in 79 inches of snow depth. That’s 120% of the normal snow-water equivalent for this time of year. Which means that so far we are staying ahead of the curve for water content. That can change rapidly if March goes dry on us. Not saying it will, just saying.

Last year at this same time there was 21 inches of snow-water equivalent, with 83 inches of settled snow depth at the Philips Bench site. Very, very close to exactly what we have at that site this year.

The snow factory can’t last forever, and the outlook as we head into the month of March is noncommittal as far as precipitation goes. Temperatures look like they might be slightly above average next month.

A little bit higher temperatures would be OK with me, especially after the cold days we had here in Jackson a week ago. Below-zero readings for a few days in a row, not just in the valley, but even all the way up to 10,000 feet in the mountains.

By the way, we tied the low temperature record in town Feb. 20. It officially got down to 25 degrees below zero at the Jackson Climate Station last Thursday morning. The last time it was that cold on that date was in 1955.

Jim Woodmencey is the chief meteorologist at MountainWeather.com and has forecast weather in Jackson Hole and the Teton Range for over 25 years. Contact him via columnists@jhnewsandguide.com.