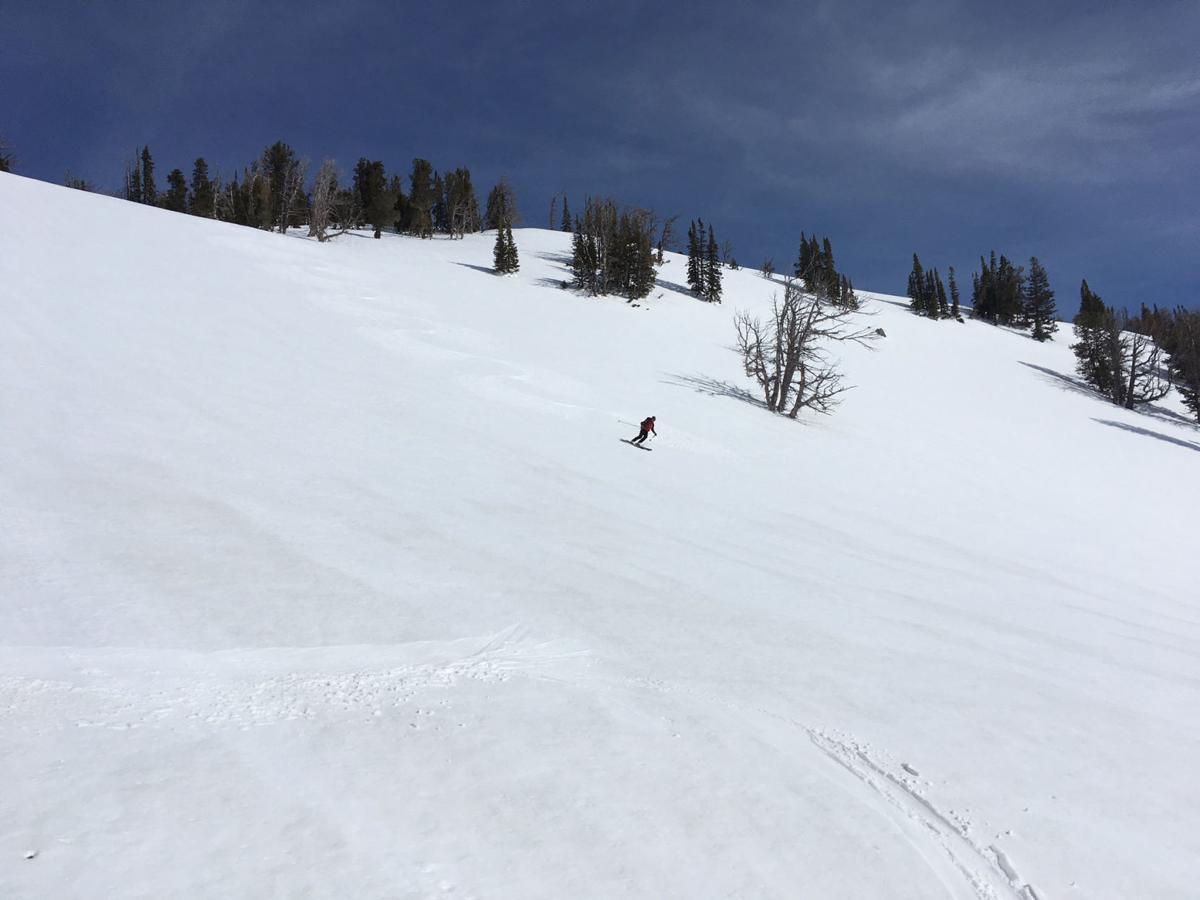 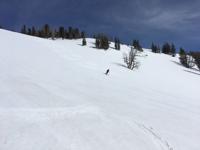 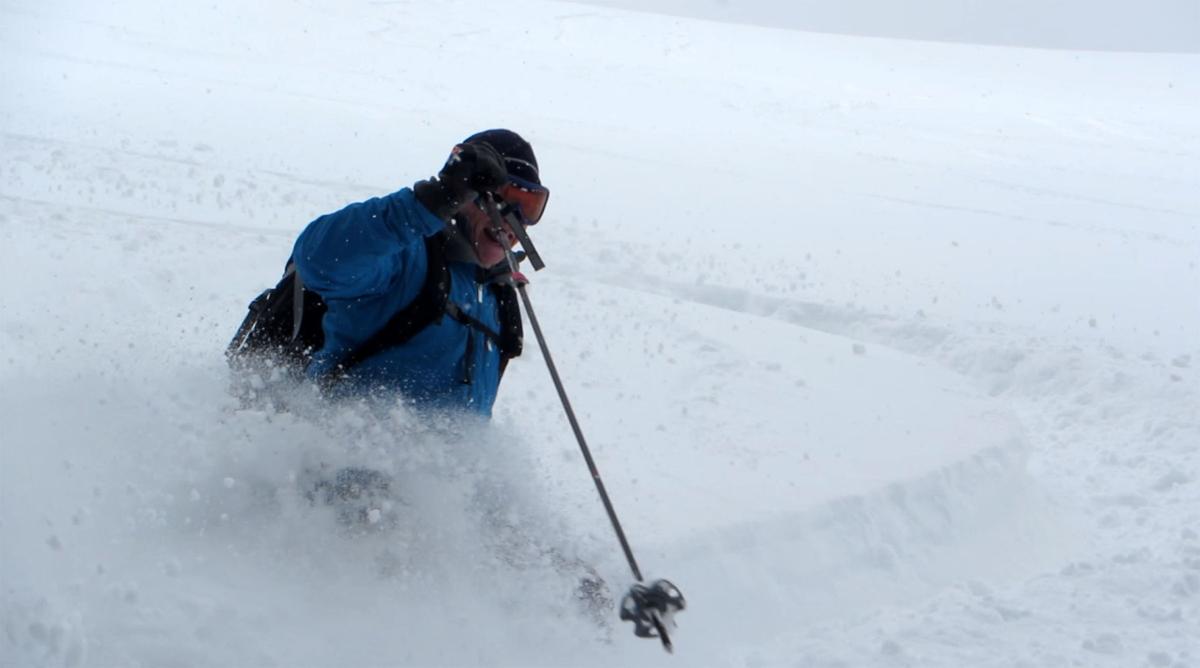 The off-season in Jackson Hole has begun. The ski areas have closed, but the mountains still have considerable snow to melt before we can get out on the trails to hike or bike.

For those of us who are sticking around and not heading south in droves for warmer, sunnier climes this spring, and for those who haven’t had their fill of skiing just yet, there is still some skiing to be had, if you are willing to hike for it. However, the weather will determine what kind of skiing that will be.

It’s easy this time of year for the weather to flip-flop back and forth between spring and winter, between corn one day and powder skiing the next.

I remember back in the spring of 2014 having good corn skiing early in April, then on April 27 I was skiing 18 inches of powder on Teton Pass. That snow turned to mashed potatoes by mid-day and then took forever to melt back down to something that resembled corn skiing again.

Therein lies the rub, catching the right combination of weather conditions to produce the best skiing this time of year.

In order to achieve good corn conditions in the backcountry, a certain alignment of weather conditions is required. In this week’s column, as I have done in springs past, I’ll review what to look for weather-wise to catch the best corn skiing.

The snow surface that presents us with the best backcountry corn is what a snow-scientist would call a “melt-freeze” crust. These crusts develop when temperatures rise above freezing during the day and drop down below freezing overnight in the mountains. Direct sunshine can also melt the surface snow, even though air temperatures might stay below freezing. Technically that would be referred to as a “sun-crust” by snow nerds.

Good corn snow is a conglomeration of these melt-freeze snow grains, which are relatively large, round and granular, like kernels of corn frozen together. These kernels form after successive days and nights of melting and refreezing.

The sensation of true corn skiing comes when you hit the slopes at just the right time, just as the surface snow grains are being loosened or melted by the morning sun. When you make a turn, your edges will peel off the very top layer of these frozen snow grains, causing them to trickle down the slope. The feeling is similar to carving freshly groomed corduroy at a ski area.

Backcountry corn is best when the sun loosens just the top quarter inch or so of the surface snow. Un-skied slopes are key; if there are deep ruts left in the snow from the day before it will be like skiing frozen ocean waves. You want a smooth-as-glass surface to enjoy true corn skiing.

Successive days of melting and refreezing, with sunny days and clear nights, will create a thick melt-freeze crust on the snow surface. Just an inch or two of new snow might take a day or two to melt down and refreeze into a crust. A foot of new snow might need an entire week to cook back down to a skiable corn surface. To nail that perfect corn day you must be vigilant about checking the local weather instruments in the mountains and pay attention to the weather forecast for mountain elevations. Both of these can be monitored through links on MountainWeather.com to give you the edge on picking your day.

Here is what to look for:

1. Above freezing temperatures in the mountains in the afternoon, all the way up to the 10,000-foot elevation. This will accelerate the snow- melting process, allowing water to saturate the upper layers of the snowpack.

2. Below freezing temperatures overnight, at all elevations. This will allow that saturated snow to freeze solid overnight. The colder, the better.

3. Repeat the melt-freeze process for a few days in a row. More days may be required if it has snowed recently.

4. Wait for a night with clear skies and a forecast of a mostly sunny day to follow.

My general thumb-rule is to check temperatures early in the morning at the elevations you want to ski, and if they did not get near or below freezing overnight, you might be skiing cornmeal instead of corn. Or the window of time for good corn conditions will be short, ending quickly in the morning.

Colder mornings with overcast skies can have a negative effect on the corn. They will not let enough sunlight through to help loosen the snow-grains, and the surface may remain hard as rock-candy all day.

Corn-snow farmers must rise early to get the pick of the crop. East-facing slopes will be ready first, maybe by 8 or 9 a.m. South-facing slopes might last until 10 or 11 a.m. Southwest-facing slopes should be ready by around noontime. Conditions day to day will depend on how sunny and how warm the day begins.

Pay close attention to what’s been happening with the weather, and also what is forecast to happen, so you don’t miss those primo corn days this spring season.