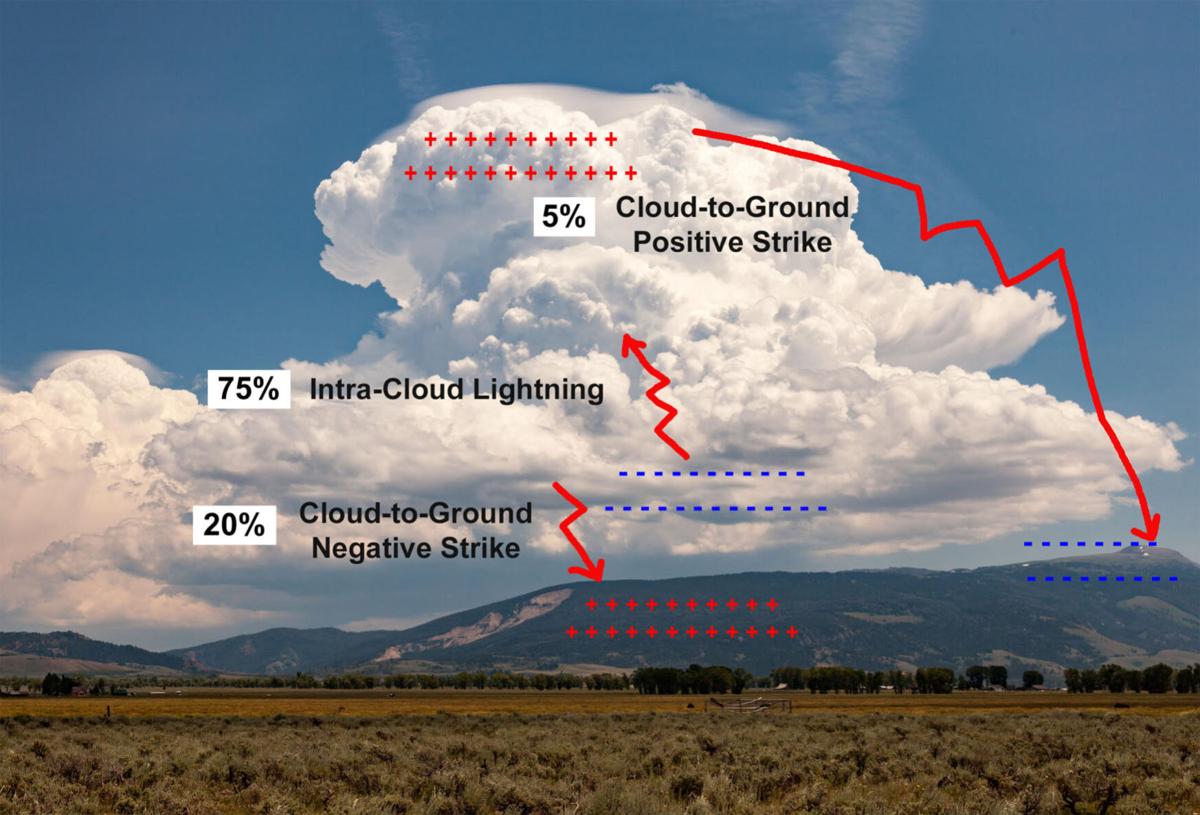 The extraordinary thunderclap that recently rattled the valley was way more powerful than any of these three varieties. 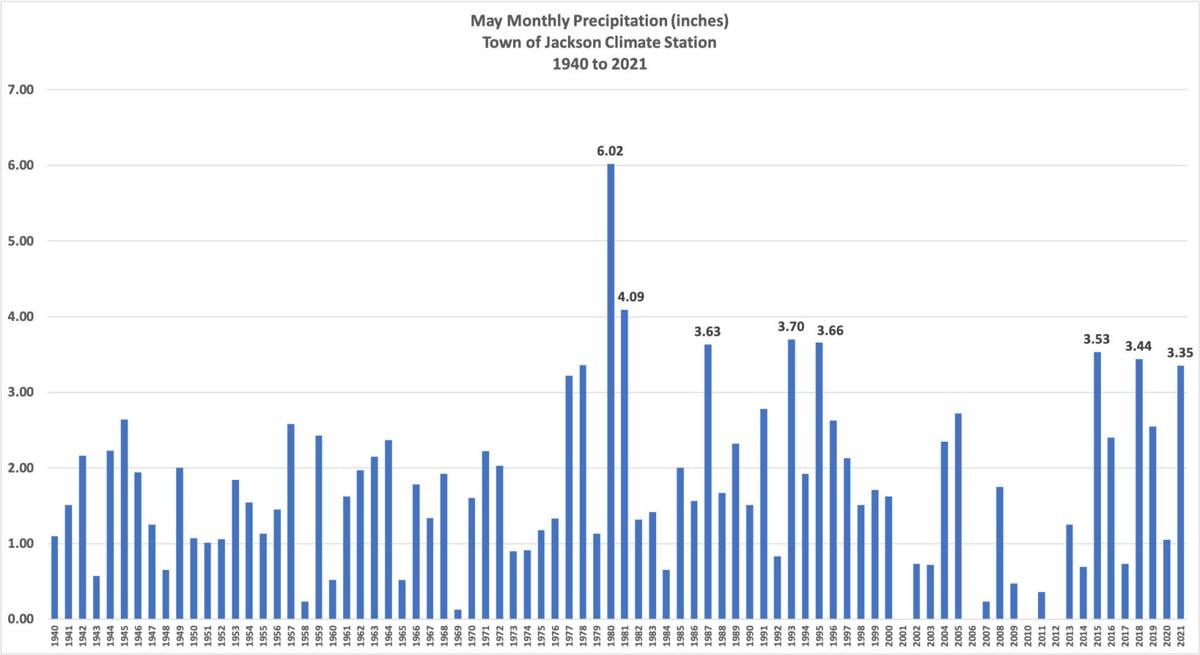 This past May was soggy but nowhere near as wet as May 1980, when Jackson had 6.02 inches of precipitation.

The extraordinary thunderclap that recently rattled the valley was way more powerful than any of these three varieties.

This past May was soggy but nowhere near as wet as May 1980, when Jackson had 6.02 inches of precipitation.

Spring decidedly went out with a pretty big bang this year. Most of Jackson Hole was awakened by the massive thunderclap that rocked the air from East Jackson all the way to Wilson. We also nearly extinguished the drought we were in this spring, with almost double our average monthly rainfall this May.

May is the historically wettest month of the year in Jackson, averaging 1.8 inches of rainfall. This May we nearly doubled the normal precipitation for the month with a grand total of 3.35 inches in town.

May 2021 ranks as the eighth wettest May in our recorded history and nowhere near the wettest May ever recorded, back in 1980, when Jackson received 6.02 inches of precipitation.

Total precipitation for the spring season (March, April and May) 2021 was 3.84 inches. That is only a third of an inch (0.33 inches) shy of the three-month historic average for that time period of 4.17 inches.

So far this year, we are hanging very close to normal. Total precipitation in town for January through May 2021, was 6.49 inches. That is only 0.32 inches short of the historic average of 6.81 inches for the first five months of the year.

Was there anyone in Jackson who did not experience the blinding flash or feel the powerful rumble of thunder around 10:30 on Saturday night, May 22?

Never in my 60 years of weather-memory have I ever experienced the kind of explosive force that emanated from the thunderstorm that was over us on that night. That includes some up-close and personal experiences with lightning high in the Tetons, some very intense lightning displays in the Desert Southwest, as well as in tropical locations over the years.

That was no ordinary lightning that generated this tremendous shock that shook the ground like an earthquake. It very well could have been what is known as a “superbolt.”

About 20% of all lightning is in the form of what are called negative strikes. These cloud-to-ground strikes are the most common type of lightning bolts that we observe. They actually can travel in both directions, emanating within a nearly invisible electrical channel that is making a connection between the ground and somewhere within the base of the cloud.

Thunder is the shockwave caused by the rapid heating and expansion of air that occurs within the lightning’s channel at the time of discharge. The closer you are to the channel, the louder and more instantaneous the boom is. The rumble of thunder that we hear is coming from the part of the lightning channel that is farther away from you, as it takes longer for that sound to reach you.

Positive lightning strikes emanate from the top of the cloud and reach out to the ground, generally some distance away from the base of the thunderstorm. These bolts are less common, accounting for only around 5% of all lightning. However, when they do strike they are about five times stronger and last about 10 times longer than negative lightning bolts, also making a much louder boom.

The extraordinarily powerful shock that we experienced here in Jackson that Saturday night was way more than a negative bolt could muster and even more than what a positive bolt could produce.

A positive strike will also normally contact the ground some distance away from the thunderstorm. This one occurred within or beneath the cloud. It was also felt with equal force over a very wide area, from East Jackson to Wilson, from The Aspens to South Park, both the blinding flash and the thunder that shook the ground like an earthquake.

Superbolts were first identified by a U.S. scientist named Bobby Turman in 1977, to help explain anomalously strong lightning flashes. They are thought to be a kind of hybrid positive-type bolt, capable of traveling great distances within the clouds. Superbolts are also 100 to 1,000 times brighter and more powerful than a common negative-type bolt.

Why do they occur and what causes them? Scientists are unsure. Those who have been studying the phenomena are looking at sunspots and cosmic rays as a possible explanation for these rare events.

As you might imagine, lightning is a difficult thing to study, and there is much about lightning that is still not explained very well. But from my experience, that shock we got this May was no ordinary lightning: It was a super-charged version.