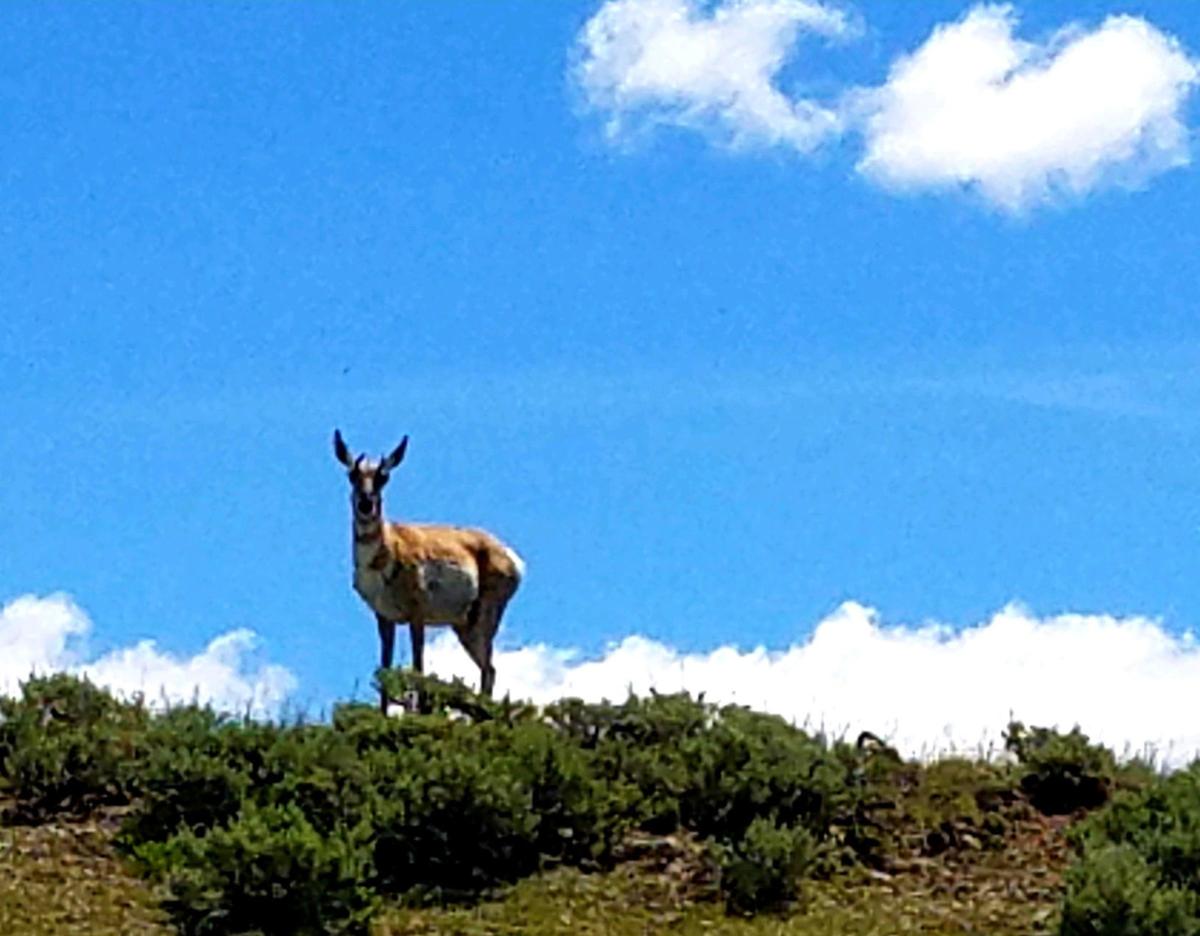 Pronghorn were numerous on the Great Plains when first reported on by Lewis and Clark in the early 1800s, but untold hunting pressure saw their numbers spiral towards extinction by the 1920s. A concerted effort by American sportsmen, the Boone and Crockett Club and the National Audubon Society was aided by Presidents Herbert Hoover and Franklin Roosevelt. In 1936 an executive order created a 549,000-acre refuge in northern Nevada that was the beginning of American pronghorn recovery.

A thoughtful associate recently asked two sobering questions designed to unearth my real priorities. This exercise became so dramatic this week that I put aside a nearly completed column to outline my answers.

1. What worries you most about the future?

2. What gives you the most hope about the future?

Despite endless sideshow distractions emitting from Washington and other world capitals, the main things on which I put my emphasis involve maintaining healthy environments.

During Air Force ROTC flight training I realized the urgency of focusing on the turn and bank indicator and the altimeter. Knowing your aircraft’s angle of flight and keeping it above the ground are critical. Inattention to either cockpit device spells serious trouble.

When Washington administrations changed two years ago it was assumed that a business emphasis would prevail, moving the U.S. away from a liberal Democratic focus that emphasized affordable health care, energy savings, addressing ways to slow climate change and occasional attention to protecting public lands and natural resources.

In my wildest dreams I never expected the new GOP flavor to unleash simultaneously the environmental equivalent of Sherman’s March to the Sea and the 1988 Yellowstone fires.

After waking up from the lethal rabbit punch, compliments of Scott Pruitt’s nomination and confirmation as EPA head, it didn’t take a genius to recognize that anyone clever enough to hand-pick an environmental foe of such magnitude to lead the EPA was exceptionally treacherous. While I doubted that the president himself was entirely to blame for this mischievous decision, the move hinted I should cover my eyes to what lay ahead.

Pruitt was a perfect fit, hired to further the Trump administration schemes to emasculate environmental rules that affect the oil and gas industry. Sadly, during his full-frontal attacks on regulations Pruitt wasn’t able to undo my personal nemesis, EPA’s plan to increase percentages of allowable performance-robbing ethanol fuel’s infiltration into the nation’s unleaded fuel.

Throughout a brief tenure, Pruitt was uniquely silly enough to commit more “yellow card” penalties than referees issue during the entire World Cup soccer event. These involved lavish airline ticket spending and spectacularly flagrant overuse of his office privileges, plus ordering aides to get his wife a job. The secretary was forced to resign, and his EPA replacement will probably be a former deputy-interim director, a former coal industry lobbyist.

From the abundance of news releases and press reports that flash across my computer screen, I become more and more fascinated by the administration’s concerted push to crush longstanding and revered laws thoughtfully designed to keep our planet at a better functioning level. That’s with help from selfish outliers like Wyoming’s lone U.S. Rep. Liz Cheney and Utah’s U.S. Sen. Mike Lee.

Not a day goes by that there isn’t another fiendish attack on the Endangered Species Act, which helped restore America’s bald eagle national symbol after “Silent Spring” and DDT poisoning, Wyoming’s state animal, the bison, as well as the once nearly gone pronghorn. Whooping cranes, grizzly bears, sage grouse, cutthroat trout and black-footed ferrets, Canada lynx, American crocodiles and alligators mean everything to our country. Hearing greedy big-hat, no-cattle entrepreneurs and politicos criticize the unimportant role of these critters — as they intrude on personal schemes promising more jobs and growing the economy — sends me straight to the bathroom.

In this same vein, Rep. Cheney’s environmental signature in my book will forever be her shepherding a bill through Congress and into law that allows the continuing annual extermination without any legal punishment or recourse, of thousands of songbirds, raptors and migrating avian populations that are pureed by the advancing crop of wind power turbines. Something about this family and bird flattening rings a bell.

Although I’ve enjoyed a lot of recreation in the Brigham City area represented by Utah’s U.S. Sen. Mike Lee, I’m unable to agree with his hideous schemes to turn our country’s public lands into state ownership, which will simply result in an “anything goes” free-for-all. Some genius Wyoming gubernatorial candidates continue spouting this nonsense, too.

Overall, the clever recipes to surgically remove sections of the Invasive Species Acts, Migrating Bird Acts, Clean Water and Air Acts and many more are the work of a brilliantly fiendish group of self-serving advocates whose aim is to set back and ultimately destroy America’s wildlife, public lands and hard fought environmental regulations for pure personal gain.

That’s what worries me about the future!

Moving on to a more positive view that I plan to follow, are the facts that administrations, secretaries, elected officials and bad thinking swing back and forth like pendulums. Each swing brings change.

As my longtime advisor and former First Baptist Church of Jackson minister Dan Abrams was fond of telling me during any low period: “Life’s darkest hour only lasts for 60 minutes!”

I regularly repeat Rev. Abrams’ remark to myself when going into a rant about another unnoticed event by the conveniently blind Army Corps of Engineers that let wholesale ditching and other takeaways continue on the lower Snake River by state and private parties.

I remain positive because I know that local people who truly care about Wyoming, its waters, public lands and wildlife will ultimately come to their senses and drop the gloves. They’ll realize when enough is enough, perhaps right now, and through one battle at a time they’ll churn things back to the wildlife and resource property protections we need and demand.

There’s hint of this with a possible compromise — thanks to involved hunters — in the current federal oil and gas leasing program that would otherwise block the Hoback-to-Red-Desert mule deer migration route.

Despite the administration’s doltish efforts to cleanse government regulations and documents of references to climate change and global warming while dissolving funding for weather study, the public isn’t being fooled, regardless of sidelight issues involving Harley-Davidson factories. Teton County residents know the real story as they view the obvious evaporation of ancient Wyoming mountain glaciers and the earlier-every-year and growing carpets of filamentous algae in the Snake River.

I’ll continue to count on an informed public that demands real news and examines what positive changes must be made. Not sacrificing a healthy community lifestyle, our wildlife preservation and not choking roadways with overwhelming traffic means putting all current candidates to your personal test.

Voting in the upcoming election is our future.

Paul Bruun promises to do his part and encourages readers to do so, too. Bruun writes every other week on his adventures and misadventures in the great outdoors. Contact him via columnists@jhnewsandguide.com.