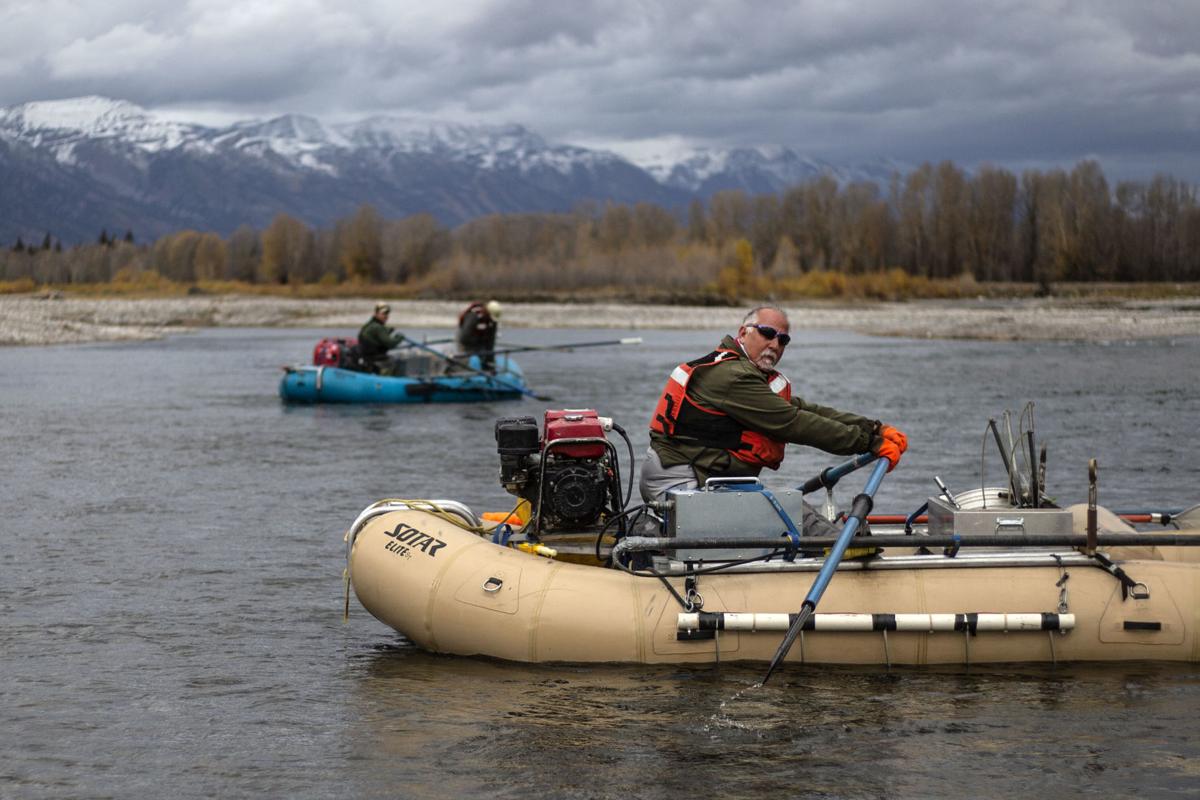 Rob Gipson pilots a boat on the Snake River during the Wyoming Game and Fish Department’s October 2020 population survey. 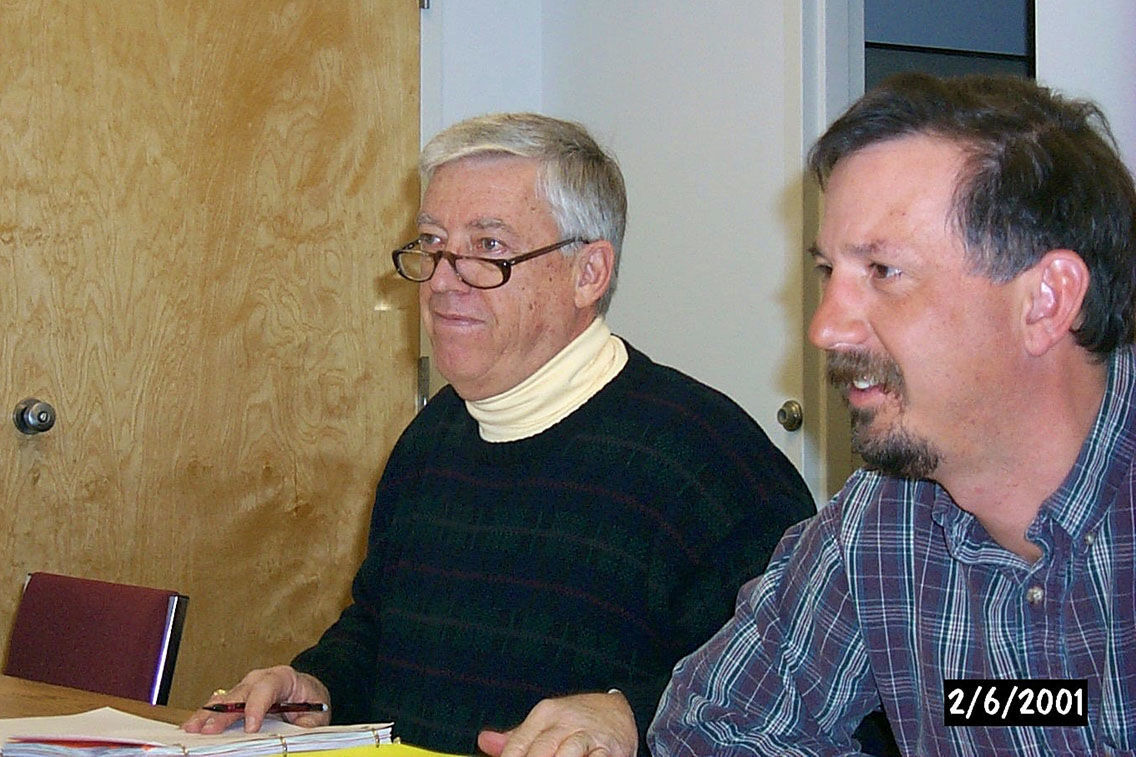 Rob Gipson pilots a boat on the Snake River during the Wyoming Game and Fish Department’s October 2020 population survey.

Nearly everybody I’ve ever met from the Show Me State is good people. After being stationed for two enjoyable, outdoor activity-laced years, 1966-67, in Missouri, supporting Rob Gipson when he joined the Area 1 Wyoming Game and Fish Department fisheries crew in July 1992 was easy. The young biologist grew up in Mizzou’s remotest and hardest to reach Mississippi River port, Scott City, generally known as Cape Girardeau.

Game and Fish’s Jackson Regional fisheries biology office started in the late 1950s. Rob is only its fourth manager, following John Kiefling, Jon Erickson and its pioneer chief, Max Rollefson. He will conclude his Wyoming Game and Fish career on Saturday, June 5, working with Kids Fishing Day at Rendezvous Park.

As Rob’s retirement message admitted in the recent info-packed 2021 Jackson region fishing newsletter, conservation attracted him at an early age. He wrote the word on his seventh grade notebook, or at least he thought he did. He’d actually written “conVerSationist” which he now reckons makes a great conservationist. More about this later.

Immediately following our phone visit I was genuinely astonished when scanning the many dozens of reports, articles and emails that Rob and I exchanged since 2003 and are stored on my current computer. Appointed the Region 1 Area Fish Czar in mid-2001 after Kiefling retired, Rob provided responses that were always thoughtful, timely and informative. This column and columnist remain grateful for his many years of supportive assistance.

After a year at his hometown college, Southeast Missouri, Rob transferred to the University of Missouri (Columbia) and graduated with a Master of Science in fish and wildlife management in 1987. Mailing many job inquiry letters resulted in landing a Game and Fish summer crew job with Casper fisheries boss, Bill Wichers.

“I’d never been to Wyoming, but knew it had mountains and Yellowstone National Park, so I loaded up my ’79 CJ-5 (Jeep) and headed to Casper in 1988.”

Rob’s Wyoming migration gathered additional momentum when he learned of a proposed graduate program designed to study kokanee salmon, a species that was attracting growing interest in the state’s rivers and reservoirs not only as a gamefish but as a food base for trophy lake trout.

After becoming certified in scuba, Rob enrolled in the University of Wyoming’s biology grad school. His dissertation examined the effects of Flaming Gorge water drawdowns on shoreline kokanee spawning. Packing the new master’s he now qualified for a full time biologist’s position.

“Thankfully, John Kiefling took a chance on this Missouri boy in 1992,” Rob remembers about his first permanent assignment to the Jackson fish crew.

One afternoon after a Salt River sampling trip John pulled into the parking lot that today hosts T.J. Maxx and coaxed, “Talk to this guy and invest in real estate now so you have something to show for your time here.”

“I bought my first home from Chad and recently he also sold it for me,” Rob reports.

Such foresight facilitated a planned retirement to Phoenix and a summer cabin in Island Park. That’s not bad for a 55-year-old fisheries guy.

Meanwhile, back to this summary view, Rob facetiously refers to himself as “The Phase-Out King” when outlining his Jackson career history.

“Today we are a totally wild fishery. There is no longer any trout stocking in Area 1 lakes or streams,” he exclaims proudly.

On the surface this appears a simple description. But considering Wyoming’s fisheries history that was often energized by trout stocking, this is exceptionally notable.

Originally most of the area’s major tributaries such as the Hoback, Gros Ventre, Salt, Greys and Buffalo were stocked annually with cutthroat trout. So was Jackson Lake, but with lake trout.

“We first began phasing out stocking in the Hoback, as our studies showed that wild fish stocks were improving,” Rob said. “We didn’t quit stocking ‘cold turkey’ because that would have generated undue concern from the fishing public. As wild trout increased their presence, there was no difference in fishing success rates.” Jackson Lake mackinaw behaved similarly.

In his retirement farewell message posted on Game and Fish’s website, Rob carefully elaborates on the importance of firm agency and public alliances to achieve successful wildlife management operations. Repeatedly Rob has proven that his “conVerSationist” term certainly proved a positive factor in reaching his wild fishery management goal. This is even more impressive when I recognize the rigors our greater Jackson Hole trout population must endure and survive because of nature’s and government’s two most difficult agencies, the Army Corps of Engineers and the Bureau of Reclamation.

As Rob moves on I’ll miss several recognizable Gipson-esque traits. The first is his ever-expanding collection of Fred Arbogast Jitterbug lures that decorated his office area. Anybody with even the slightest historical interest in freshwater fishing smiles at the mere mention of a Jitterbug.

Another little-known Gipson fact is this man’s fondness for supersized roller coasters. When Rob reports that he’s got “some traveling planned,” it is a good bet that his trips will include Cedar Point and various Six Flags parks where the biggest, baddest of these exciting rides operate.

Perhaps most importantly, despite the substantial biological riches achieved by the local fisheries crew, precision analytics involved in proper potato chip selection to fuel each and every field outing supersedes anything Cheyenne bosses or the Food Network could design. Rob Gipson is fastidious when it comes to modern chip-ology. Hawaiian Luau BBQ currently tops his faves, followed by Tim’s Parmesan & Garlic. Tim’s Cascade Style PCs rate as his overall top brand.

Early on a fall morning during a seasonal electroshocking float from Deadman’s Bar to Moose, Leslie Steen, a biologist and also newly named Trout Unlimited Snake River Headwaters Project manager, was earnestly absorbing the discussion. I will always remember Leslie’s astonishment and ensuing quip: “This is the first trout study I’ve ever been on that is almost more about vetting the day’s proper potato chip!”

Before wrapping up my final interview with Rob after his recent Jackson Lake visit, I asked which potato chip had been featured.

Paul Bruun writes weekly about his adventures and misadventures in the great outdoors. Contact him via columnists@jhnewsandguide.com.