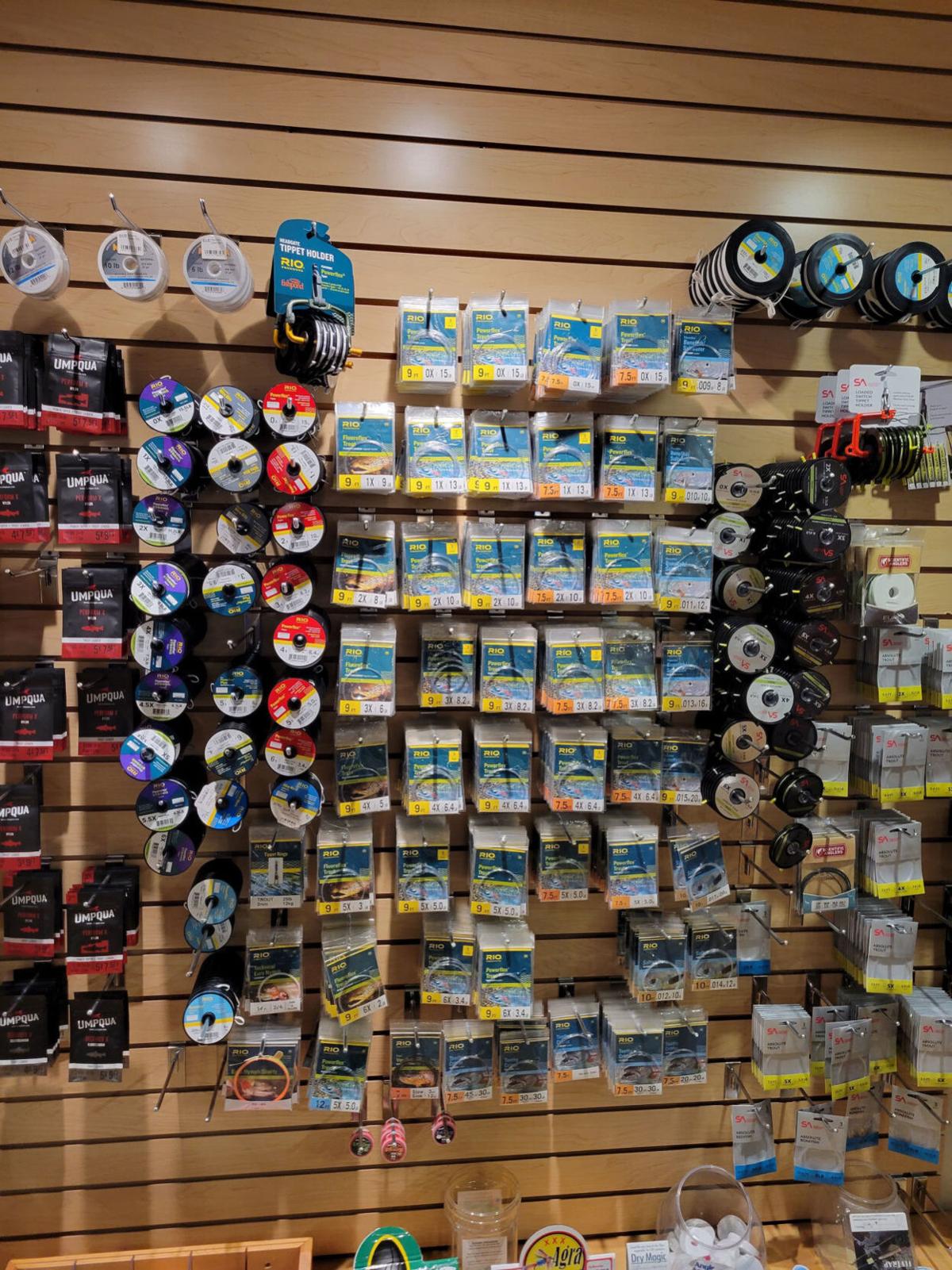 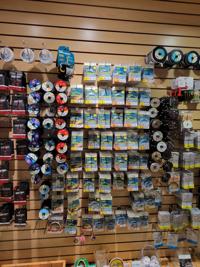 Fly fishers, especially those interested in trout, have endless choices for leaders, tippets and rigging materials. The leader and tippet product world has soared with improvements in quality, strength to diameter and abrasion resistance.

Exceptional strength and reliability of current leader materials are the biggest recent improvements in fly-fishing gear. This pronouncement is made without fear of contradiction because most grip and grin Instagrams would still be recorded by substituting yesteryear’s fiberglass fly rods, click-and-pawl reels, basic plastic fly lines and clunky canvas waders.

Today 3X (0.008-inch diameter) monofilament and fluorocarbon tippet spools on shop pegs average 7 1/2- to 9-pound test. Using this new stuff, even the most ham-handed of us can drag bragging trout to a net.

Fly leaders are as complicated as knotting together a favorite taper formula or as simple as unwrapping and looping a fresh factory one-piece tapered version to your line. Rio, Umpqua, Scientific Anglers, Orvis, Cortland and Trout Hunter produce one-piece leaders of various lengths and tippet sizes in both monofilament and stiffer, more expensive fluorocarbon.

A glaring fact involving all these products is that substantial differences exist between each leader brand’s diameter and pound test labeling. So remember that all 2X, 3X, 4X etc. leaders aren’t created exactly equal.

Add a new leader: Although pricey, one-piece leaders amount to a fractional cost when considering their prime value for a serious fishing day. For boat fishing with a larger floating fly pattern, a 7 1/2-foot 2X or 3X leader is my choice. Trim 8 to 10 inches from the tippet end and knot an additional 18 to 24 inches of fresh tippet of same or lighter diameter. Big dries twist less on 2X. Let 3X float lesser foam patterns. Best action on real dries size 12 and 14 is realized with 4X. Streamers need 1X or 2X, and many depend on 6- to 15-pound Maxima for this task. Happily 3X-4X fluorocarbon drives most tungsten nymphs and droppers well.

Fresh tippet: With guiding in my rearview mirror, I’m lax at keeping tippets fresh. Previously every spool was dated. Spares stayed away from light in cellar drawers. In hot climates I spot mono line/leader in some guide pals’ refrigerators. All fly tippet (except Michigan’s Hard Mason) is secretly made overseas and subject to unannounced formula changes that aren’t always better. Crafty anglers test new materials for strength and knots. Consider staying with the same one-piece leader and tippet maker. Compatibility is possible when mixing monos and fluorocarbons of different leader brands. Note: Don’t experiment during the One Fly!

Knot tying mistakes soar when you’re being stingy with material. Take time tying, moistening, slowly tightening, snugging and trimming knots. Before making even a trial cast, test each knot thoroughly. If something about the new knot looks suspicious, snip it and do a better one. Tell-tale leader curlycues and excuses never land a Mr. Big.

Extra aid: Despite tying leader and lure knots for many years, I notice that the new slipperier, often stiffer and slimmer diameter-to-more-strength materials suddenly alter knot connections and performance.

Visit NetKnots.com for excellent animated fly-fishing knot illustrations, and practice tying them with your fresh leader stuff at home.

Interested in learning more about leader tippet, knots and leader materials than you ever dreamed of knowing? Visit my old pal George Anderson’s YellowstoneAngler.com 2012 Tippet Shootout. George’s son, James, is equally capable of infinitesimal details and observations as is his old man.

Note the YA criticism of the Davy Knot’s lack of strength and preference for the J Knot over the Blood Knot for tippet connections.

Fluorocarbon: Like it or not, fluorocarbon — the other pricier leader material — is here to stay and advantageous in some fly-fishing situations. Originally devised by Japanese manufacturer Seaguar, fluoro has a heavier density than water, so it sinks more easily than mono. Test baits pulled on fluorocarbon leaders in very clear water proved less visible than mono at fooling savvy ocean-sushi-speedster tunas.

Some manufacturers’ fluorocarbon tippets are stiffer than others, a positive for accurate casting but a challenge for knot tying. Leader building by mixing mono and fluorocarbon materials demands careful knot care.

1. Always cut back tippet and retie flies after fighting a good fish and/or prolonged casting. This keeps the day going seamlessly.

2. Check for leader wind knots often, especially after a bad or tangled cast.

3. Examine your personal knot techniques with excellent animations found at NetKnots.com and Orvis.com/flyfishingknots.

4. Silver tippet rings are strong replacements if your Blood Knots or bulky Surgeon Knots are mediocre when building or adding droppers to a leader.

6. When a fly, especially a smaller size, continues missing fish, carefully offset the lower point a few degrees via a hemostat to improve the gape.

7. Test same-diameter (X) leader material from two different makers by knotting a section of each to a ring or hook. Pull apart evenly with both hands. After several tests the stronger material and knot will be evident.

8. Regularly check fly eye knot location (if not a loop). Fly knots trapped in the hook eye crack or behind the eye don’t pull straight.

9. When securing larger diameter fluorocarbon to hooks I find the Pitzen Knot (aka 16-20, Eugene Bend) with three to four wraps is substantial.

After a missed 2020 the much anticipated Fly Fishing Film Tour floats back into greater Jackson Hole and docks “behind the Spud Curtain” at the venerable Teton Valley, Idaho, drive-in theater landmark outside Driggs.

The gates open at 6:30 p.m. Thursday, Sept. 16. The films begin at 7:45. Tickets cost $25 per person, available at WorldCastAnglers Fly Shop in Victor or WorldCastAnglers.com.

This evening will be highlighted with great gear raffles and endless hollering over hallucinating, slo-mo hero shots while grinning patrons are further lubricated with Grand Teton Brewing beers and High Point Cider products. This 2021 production will be musically live rocked by Aaron Davis and the Mystery Machine.

According to Michael Dawkins, WorldCast head wrangler, this year’s benefit event is a carryover for 2020’s planned recipients: the Snake River Fund and the new South Fork Initiative managed in cooperation with the Henrys Fork Foundation.

Paul Bruun writes every other week about his adventures and misadventures in the outdoors. Contact him via columnists@jhnewsandguide.com.