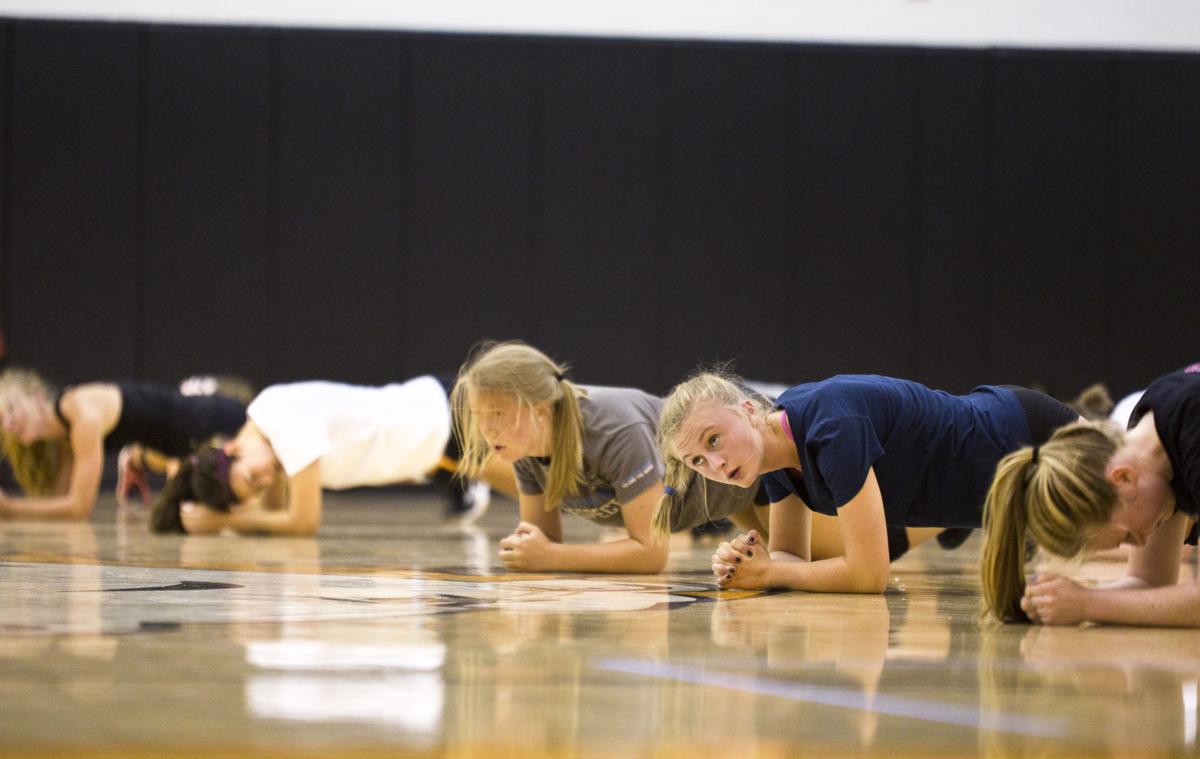 I spent most of last week lying around after tweaking my back at the gym. It’s kind of amazing how little you can accomplish when it hurts to walk or sit, not to mention exercise. I watched a lot of television, read some books and got grumpy.

Once you’ve had a bout with back pain you start to recognize the symptoms in others: friends walking with one shoulder higher than the other or with their torso tilted forward awkwardly. People who move as if they are made of glass where one wrong step could shatter them. People who stand with their hands on their lower back or the ones who push themselves up out of a chair with their arms.

Everyone’s back pain — and its triggers — is a little different, but if you’ve been there at all you can see it and empathize.

During my long languid hours with nothing much to do, I conducted a mental survey of my friends and realized that I know of many people who have experienced back pain at some point. My unscientific review is in keeping with national statistics, which indicate that roughly 80% of American adults suffer from back pain at some point in their lives. It’s the leading cause of disability worldwide and costs up to $20 billion in lost work annually. On average, back pain sufferers spend more than $2,000 a year trying to cope, with the total monetary outlay on treatments and remedies in the U.S. equaling roughly $86 billion. It’s a big deal. It affects our economy and our quality of life.

But, interestingly, chronic back pain is far more common in the developed countries like the U.S. then it is in underdeveloped countries, despite the fact that workers in those places often perform backbreaking labor on a daily basis throughout their lifetimes. It seems as if there’s something about how we live that make us more prone to back problems, even here in the Tetons where we like to brag about our fitness and activity level.

In 2016, NPR ran an interview with Esther Gokhale, whose technique — the Gokhale Method — is designed to help people get rid of back pain. Gokhale herself was debilitated by back pain after her first pregnancy and had surgery to alleviate the problem. But a year later the pain returned. Rather than have another surgery, she began to research alternatives and discovered the discrepancy between back issues in the developed and undeveloped world. Curious to understand the difference, she traveled to places where back pain was rare to see what was going on.

During her journey she observed elderly women crouched down for seven to nine hours a day gathering water chestnuts. She watched people carrying water buckets on their heads, and followed others collecting firewood or sitting on the ground weaving. She watched farmers and laborers performing tasks that I know would incapacitate me. I have a work share on a local farm, and five hours digging, weeding, carrying and so forth, wipes me out. I like to think I am in reasonable shape, but that kind of labor is hard on my body. I can’t imagine doing that every day all the time, but maybe if I did do it every day all the time my back wouldn’t have gone out.

Gokhale thinks that it’s more than just the fact that people are used to that kind of labor that protects them from back injuries. After all, plenty of Americans get used to working hard whether for their jobs or their recreation, and they still experience back pain. Rather she believes that American — and probably most Western European — spines are actually shaped differently from those in the undeveloped world, and that difference is what determines whether or not someone will be prone to back injuries.

When you look at most Americans from the side, you will see that our spines are S-shaped with a curve out at the shoulders and in at the lower back. This is the way the spine appears in medical books, and most of us accept it as natural, but according to Gokhale’s observations, people in the developing world have flatter spines, with a curve only in the lower back, resulting in more of a J-shape. Gokhale believes that J-shape is stronger and more resistant to injury and pain, but because of the way many of us live in the developed world today — locked at our desks, sedentary, overweight — we’ve lost it.

Of course, not everyone agrees with Gokhale’s findings and some have been critical of the lack of scientific rigor behind them. But spine specialists like Praveen Mummaneni, who co-directs the Spine Center at the University of California San Francisco, say there is no doubt our sedentary lifestyles promote a lack of muscle tone and postural instability, which exacerbates back problems. He’d argue that rather than trying to reshape our spines, we just need to have the kind of strong core people in the developing world have naturally.

But most of my friends who’ve experienced back pain are not sedentary. They are active, strong and seem to have pretty strong cores, if you ask me. Still, unless you work out regularly with a coach or trainer, it is pretty likely your body is out of balance. I know mine is. I spend way too much time on a bike or skis, moving back and forth in a linear plane with very little lateral motion. My quads — like those of most Teton athletes — can go all day. My glutes and hamstrings? Not so much. This lack of balance leads to postural instability, which can cause back problems.

MRIs indicate that it’s not always easy to look at an individual’s spine and determine if that person will be in pain. Often abnormalities that one would think would cause problems don’t and vice versa. Many spine specialists believe there is a strong mind-body component to back pain, with stress being a major contributor, and recent research indicates treatment that addresses both behavioral and psychological patterns work better than medical treatments alone.

These treatments include mindfulness training. It sounds a lot like meditation: You are trained to be aware of your sensation of pain and to accept it, letting go of your normal negative reactions. So as psychologist Ronald Siegel wrote in the Harvard Health Blog in 2016, “Instead of spending hours each day thinking about how much we hate our back pain, worrying about our prognosis, and seeking relief, we learn to be with the pain — paying attention to how it actually feels at each moment, and relaxing our tendency to tense up against it, while observing our worried or distressed thoughts and feelings.”

Sounds a little woo-woo to me. But I guess there is enough evidence coming out these days to indicate that while your mind may not cause your back pain, fear and stress are often what prolongs it.

My back feels fine again. It had nothing to do with mindfulness, just some rest, ibuprofen and a few IcyHot patches with Lidocaine. But my research has me thinking about my posture and my attitude toward pain. Maybe next time — and there is likely to be a next time — I can experiment with adding some mindfulness to my list of potential back pain remedies.

Molly Absolon writes every other week. Contact her via columnists@ jhnewsandguide.com.