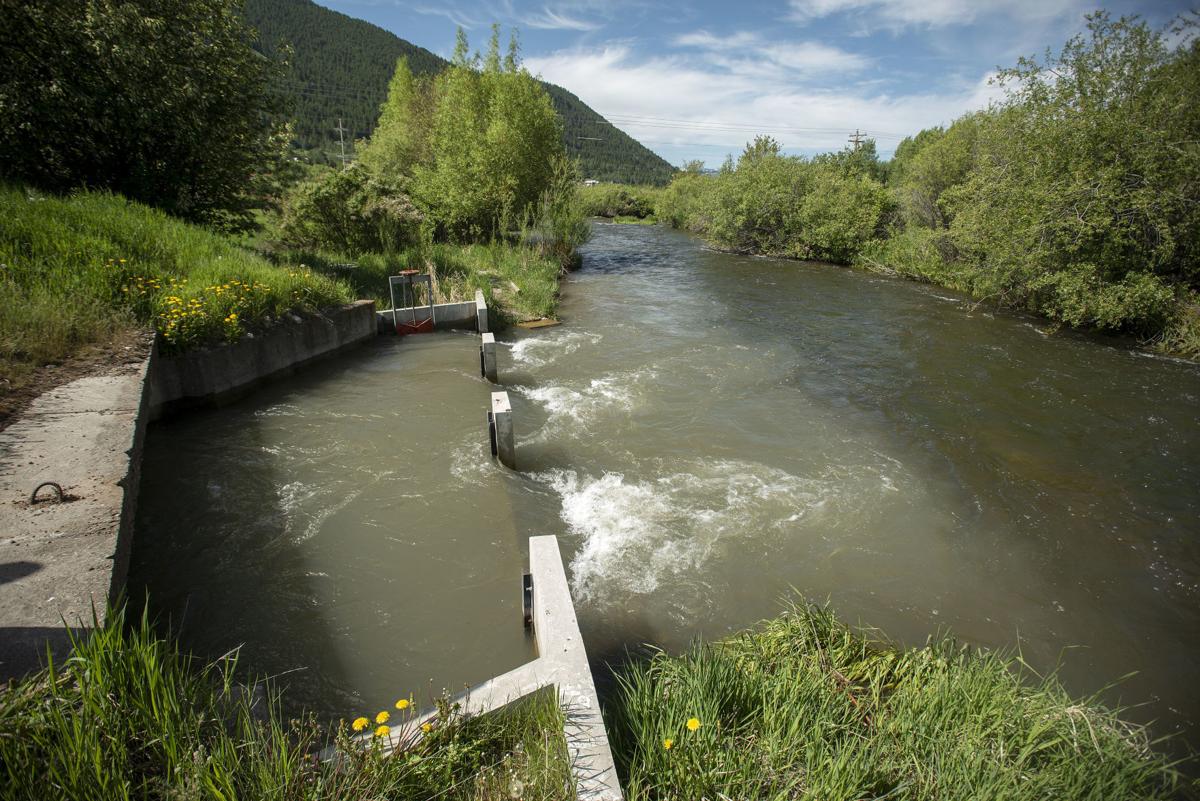 Cache Creek re-emerges above ground at its manmade confluence with Flat Creek on the east end of Karns Meadow.

Cramming tasty October-esque subjects into this space is kids’ stuff. Because fall 2019 was the gravest I’ve ever faced, this week’s effort emanates from a determined focus on the upcoming future of my town.

On Nov. 5 dedicated valley residents and second-homers portending Wyoming fondness have the perfect opportunity to perform a valuable service while shoring community infrastructure and what remains of our gradually eroding environment.

Whoa, $77 million is a bundle of dough, almost inconceivable for this citizen to grasp. But because of a unique Wyoming-Teton County sales tax situation, voting to stipulate an extra 1% sales tax collected countywide to fund the projects voters select, predictably all 10 projects will be retired in five to six years.

Glad you asked. The answer is that I was fortunate during my youthful and idealistic career as Jackson’s “fishin’ politician” (town council, 1977-1988) to be part of the magic that helped the legislature create Wyoming’s first “Capital Facilities Tax.”

Picking a community-supported project and funding it quickly with up to a penny of a sales tax specifically tailored to paying for the job instead of using property taxes or municipal bonds was a novel concept popularized by John F. Turner, a Teton County Representative and later state senator.

Conservative thinking being rampant in the Equality State, it was hard even for anti-spending politicos to argue against such a neat specific funding mechanism, although such innovation was not greeted with open arms in Cheyenne, especially if it originated in County 22.

Again, Teton County/Town of Jackson, is the only dual incorporated sales tax qualifying entity and is unique in the state, making distribution easy.

The first four percent of statewide sales tax collected in Teton County is returned to Cheyenne. The State of Wyoming keeps 69% and 31% is returned to County 22. The county (larger population) retains 55% of the return while the town nets 45%. It’s a good system.

Teton County and TOJ split the fifth cent of “optional sales tax” passed by voters, in a 55 1/2 to 45 1/2 percent formula after the State of Wyoming keeps 1%. This is an even better deal.

During the early 1980s members of the Jackson Town Council and Teton County Commissioners descended upon Cheyenne. Prepped by vigorous coaching from Wyoming Association of Municipalities, we lobbied finance committees, state senators and influential representatives on the proposed Capital Facilities Tax.

I thoroughly enjoyed this challenge and was assigned four individuals, three of whom I was successful in getting their solid support. The fourth, Cal Taggart of Worland, I knew I had little chance with but prospered from our long visit. Unexpectedly I had to “donate” a bunch of emergency Snake River fly-fishing trips to Natrona County heavyweights in exchange for their remaining on the sidelines. They were furious at their county manager and commissioners for buying the Casper Mountain Ski and Recreation complex to keep it in operation. All kept their promises.

Teton County and Town of Jackson elected’s efforts were so successful that the legislature enacted this new funding mechanism. Shortly thereafter, the first Capital Facilities Tax was passed and implemented by Teton County voters. The new funding form quickly retired a municipal bond mechanism for an expensive new jail facility, mandated by court action in 1985.

I won’t tell you how to vote on the 10 specific projects. I’m determined to support ‘em all and I’m fed up listening to “EAE” (Everybody’s An Expert) whine and nitpick projects they dislike. Nothing is wrong with any of them. Both county commissioners and town councilmen sifted this slate into presentable, un-hijacked, stand-alone projects.

This SPET election has less momentum than enthusiasm for off-season two-for-one restaurant offerings. To my knowledge only freshman County Commissioner Luther Propst has fired off an informative SPET email with an interactive jhvotesyes.com site attached. Veteran Jackson Councilor Jim Stanford has completed his Barker-Ewing float trip season and is energetically pounding industrial area pavement (sometimes flooded) and service clubs (in costume, yet) to hammer home the importance of SPET 2019.

A scheme I floated in the early 1980s when local funding sources were tight all around was for the town shops to maintain St. John’s Hospital ambulances and also plow its parking, rather than budgeting a hospital financial request. The town/services concept prospered. Today I’m stunned that the same crowded and mainly outdoor town shop (Proposition 2) services over 350 public works and maintenance outfits. There’s nothing glamorous or slick Conde’ Nast tourism cover-story-worthy for the expansion of the Core Service Maintenance Facility (planned next to the START building). But guess how your winter will shape up without operational snow plows, EMS Ambulance/Fire equipment, Sheriff/Police, Search & Rescue, Water & Sewer outfits?

The Wildlife Crossings proposal (Number 10) will be the most popular SPET item. I’d personally incorporate slower night time speed limits and vigorous pet restraints to this proposal, if I had my way.

Regardless of your stance, show up to vote Nov. 5 or grab an absentee ballot from the County Clerk’s office.

SPET 2019 is too important to ignore. Teton County and Jackson deserve our best effort.