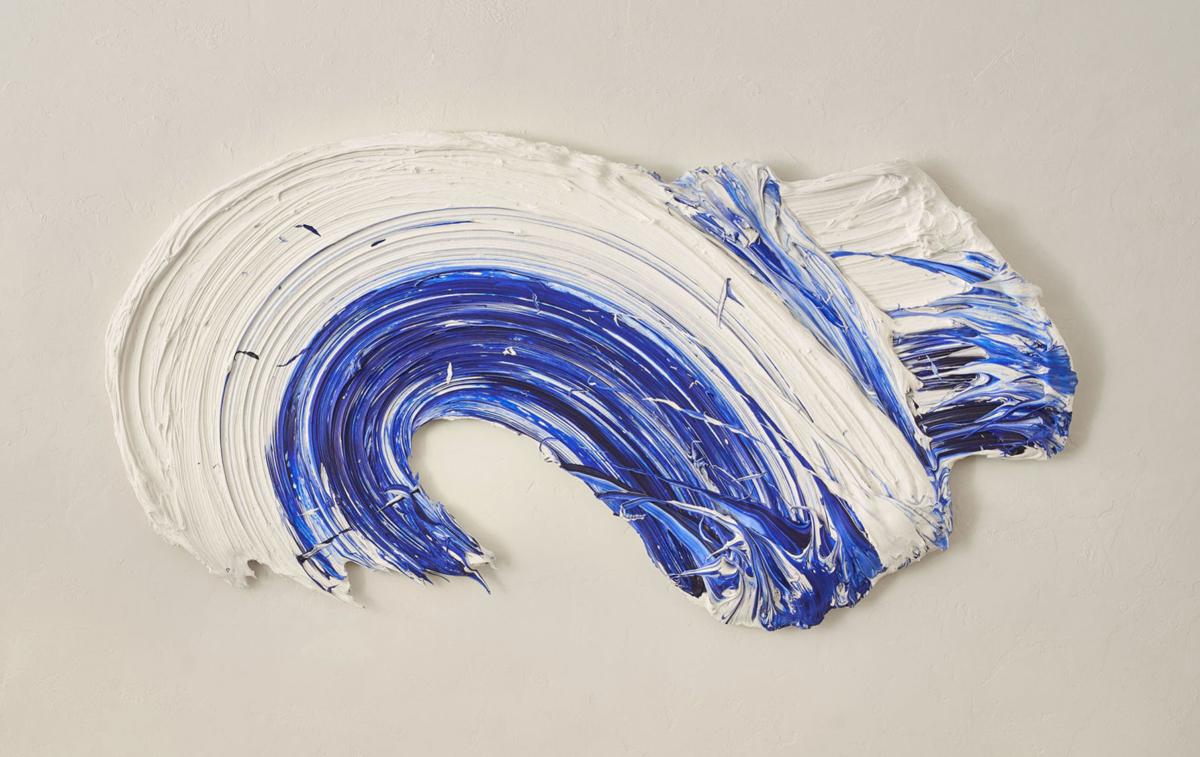 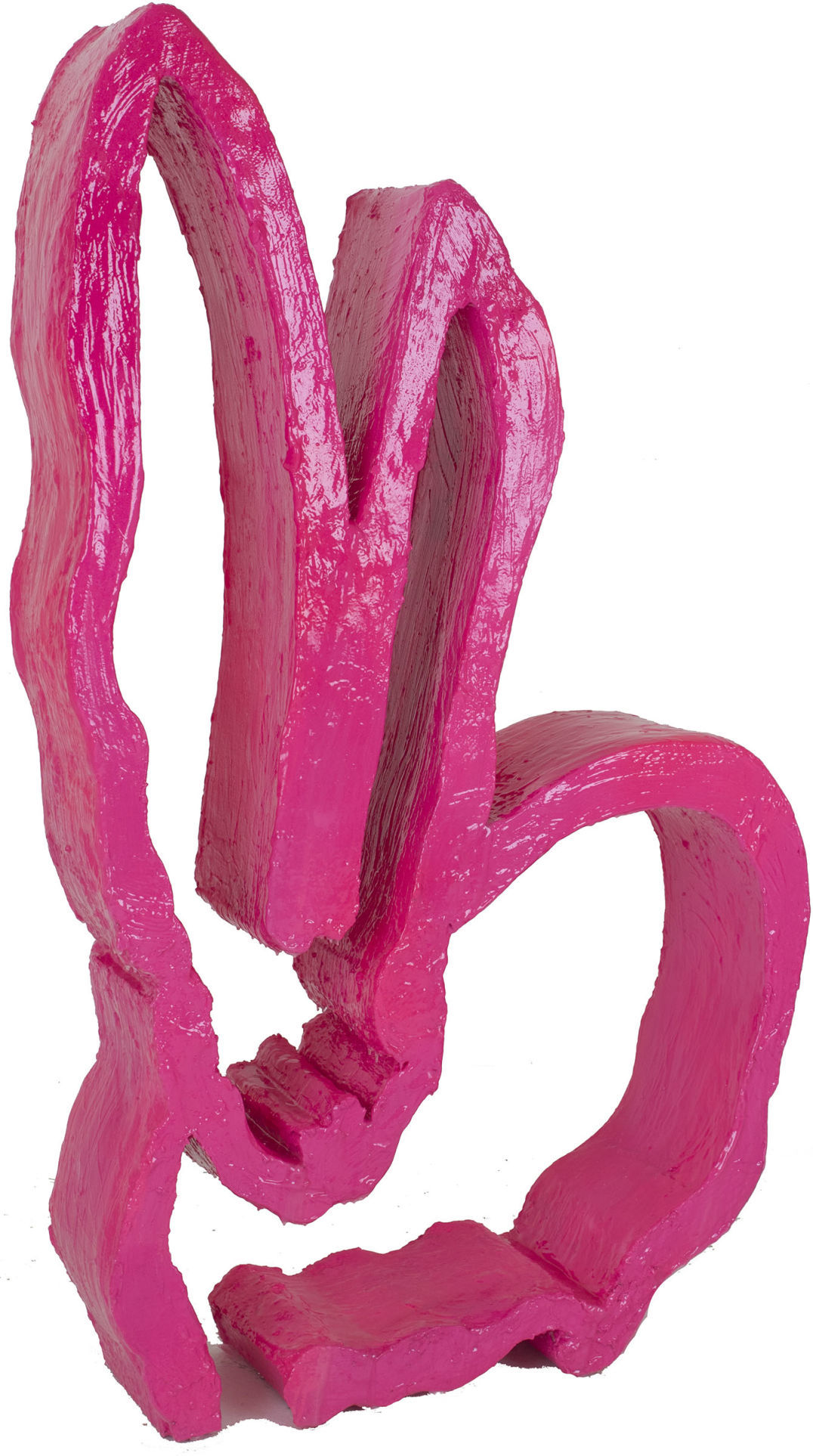 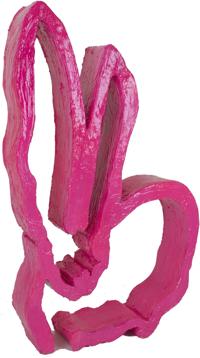 Hunt Slonem has painted thousands of bunnies. He also sculpts them, and one of those sculptures will be in his solo show opening Thursday at Diehl Gallery. 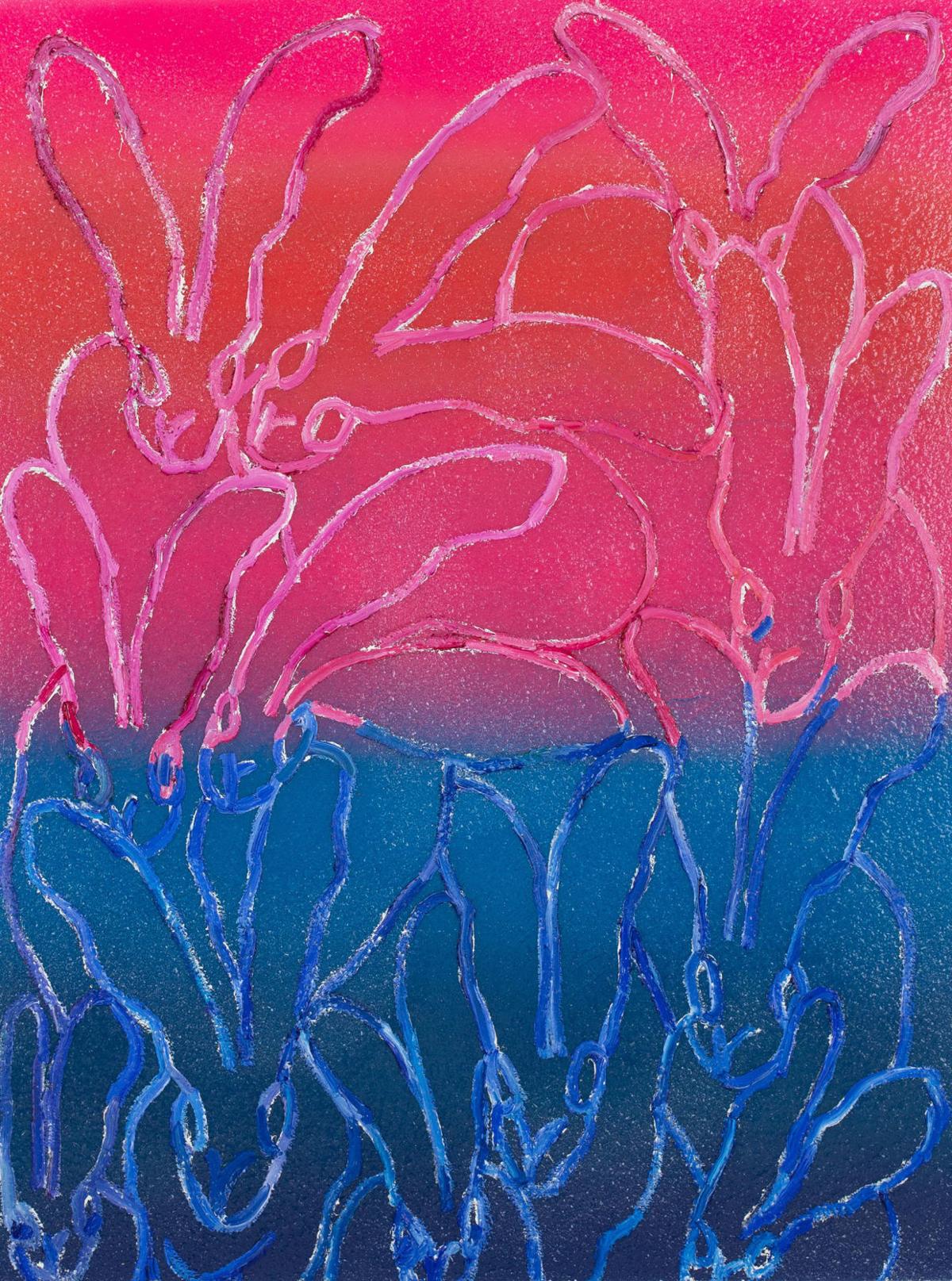 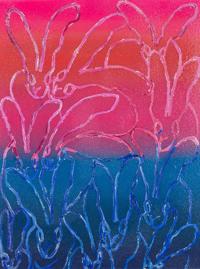 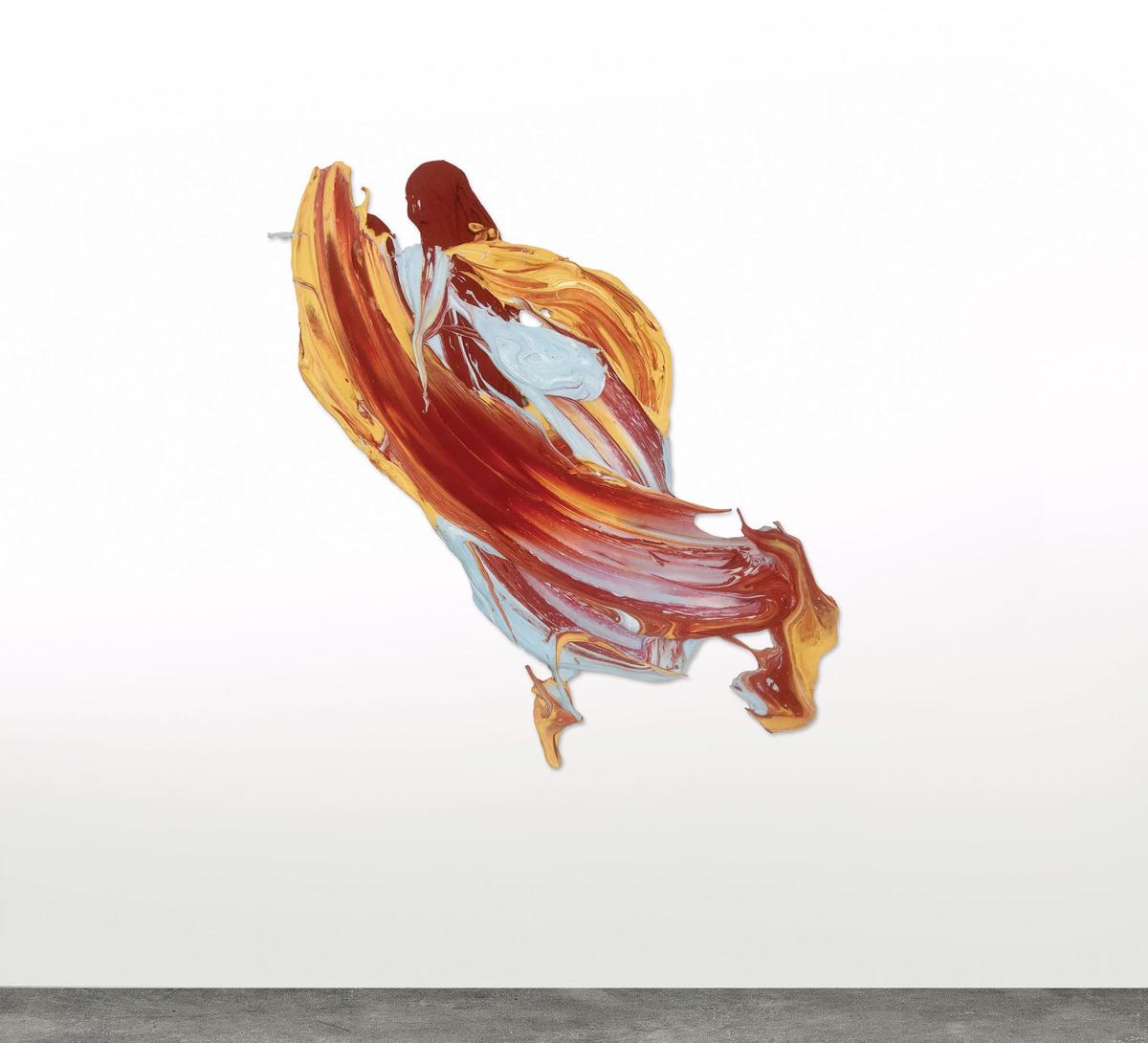 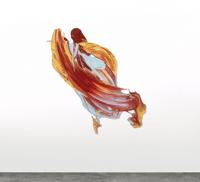 Donald Martiny uses vibrant color combinations to bring his abstract gestures to life. His solo show at Diehl Gallery also starts Thursday, when he will attend the opening reception.

Hunt Slonem has painted thousands of bunnies. He also sculpts them, and one of those sculptures will be in his solo show opening Thursday at Diehl Gallery.

Donald Martiny uses vibrant color combinations to bring his abstract gestures to life. His solo show at Diehl Gallery also starts Thursday, when he will attend the opening reception.

Jackson is threatening to become a hub for the cutting edge of abstract expressionist and neo-expressionist contemporary art.

At least that’s true at Diehl Gallery, where new solo exhibitions for Donald Martiny and Hunt Slonem bring some of the most exciting contemporary art to the valley.

Both artists are bringing vibrant, dynamic works for their second solo shows at Diehl. Martiny will be at the gallery for an opening reception from 5 to 8 p.m. Thursday. The exhibition will benefit the Animal Adoption Center. Both shows will be up through Aug. 7.

Down the rabbit hole

Slonem’s love of rabbits was practically inevitable from the moment of his birth.

He was born in 1951 — the year of the rabbit in the Chinese zodiac. And he came into the world July 18, so his Diehl show is opening on his birthday.

It seems fitting then, that a lot of pregnant women commission the neo-expressionist to paint his famous bunnies for their newborns.

“If the rabbit died, you were pregnant,” he said. “And now pregnant people come to me to get a rabbit and then hang it in front of the baby.”

Mostly, though, he is heartened that people respond positively to his work.

“It’s great for me that these people are bringing life and share my work with their newborns,” he said. “I get all these smiling pictures of young babies grinning in front of my work.”

In addition to celebrity homes, Slonem’s works hang in some of the world’s biggest museums, like the Guggenheim, the Metropolitan Museum of Art and the Whitney.

The Animal Adoption Center fundraising aspect of the Diehl shows seems particularly apt for the artist, who, over his four-decade career, has painted thousands of rabbits, butterflies and birds.

It’s no coincidence, either. Growing up in Hawaii, Slonem was surrounded by butterflies. These days he shares his Brooklyn studio with dozens of birds.

“Everything that I paint I either live with or have lived with,” he said.

His studio epitomizes his expansive approach to art. The walls are densely covered with his paintings of bunnies and Abraham Lincoln.

Though Slonem has remained consistent with the figures he depicts, having revisited his bird, bunny and butterfly figures thousands of times, he likes to experiment with the mediums he uses.

His exhibition, “Thump and Flutter,” will include one of his large, hot-pink bunny sculptures, as well as paintings that incorporate diamond dust.

Slonem got first exposure to diamond dust while working with the famous pop artist Andy Warhol.

But it wasn’t until his Bulgarian art dealer gave him diamond dust and told him to use it that Slonem began to incorporate it into his own paintings.

Ever attentive to color, Slonem uses the diamond dust to accentuate his already vibrant paintings.

“The diamond does add a dimension of light to the work because it actually glistens,” he said. “So whatever color it is, it makes it radiate and shine.”

Though Slonem is busy, on the heels of a show in Palma de Mallorca, Spain, and in the process of planning other exhibits in the United States and internationally, he considers himself fortunate to have his work reach so far and wide.

“My dream, careerwise, was to be busy on the planet and do something,” he said. “And, boy, was my prayer answered.”

When you first see a Donald Martiny painting you feel quite small.

Not because his work is intimidating, but because it throws off your sense of scale. You question, for a few seconds, whether a giant entered the room with a 6-foot paintbrush and left a mark on the wall.

Martiny is far from the first painter to work with a shaped canvas, yet you’d be hard pressed to find a traditional canvas at all in his work.

First, he uses a brush or his hands to create a sweeping gesture of paint on the floor. Once the paint dries its shape becomes the painting, with an aluminum plate cut to its exact dimensions to reinforce it so that it can be hung on a wall.

The result is a human-scale brushstroke, frozen in time.

“There’s an ambiguousness, or a defying of gravity,” he said. “They sail in the air.”

The title of Martiny’s second show at Diehl Gallery, “Praxis and Poesis,” reveals a crucial aspect of his process, which is showing the viewer the process — i.e., praxis — behind his work.

“I find that I reveal the process or at least the brushstrokes, the gestures,” he said. “I want them to be very evident, and I want to be visible in my work, personally.”

Martiny has given a lot of thought to the way viewers interact with art. He has observed that when people respond to a work, they come close to it and try to read it in detail to discern how it was made. Martiny relishes in the idea of being visible in his own work and explicitly inviting a conversation between viewer and artist.

“When you walk into a room you’re already up close because the brushstroke, or the gesture, is oversized,” he said. “So you’re already inside the painting; you already have this intimate relationship with the work.”

Martiny’s work has evolved over the years. A decade ago, he was working in monochrome, which allowed him to explore the powerful impact of a single color.

Now he isn’t afraid to get his paintbrush a little “dirty,” mixing myriad shades of blue, or yellow, or whichever color he chooses, into a single brushstroke. That polychromatic technique gives them more of an architectural quality.

He has also worked with a lot of paint recipes, perfecting the formula to make it stronger and more supple.

In the 1950s and ’60s abstract expressionists like Jackson Pollock or Joan Mitchell also worked with powerful, abstract gestures but would fill in the negative space on the canvas with smaller brushstrokes. To Martiny the very concept of a rectangular canvas seemed superfluous.

“I decided to get rid of all the negative space so I didn’t have to fill in things,” he said. “I didn’t want to diminish the power of the original brushstroke if it was enough.”

The beauty of his abstractions is also in their purity. They are a gesture, distilled to its most simple iteration. And wherever he goes, Martiny finds that people have similar direct responses to his work.

“There’s no politics involved with my work,” he said. “There’s no cynicism in my work, or irony, or symbolism, or anything like that. So when somebody sees my work, they’re really just dealing with it viscerally.”