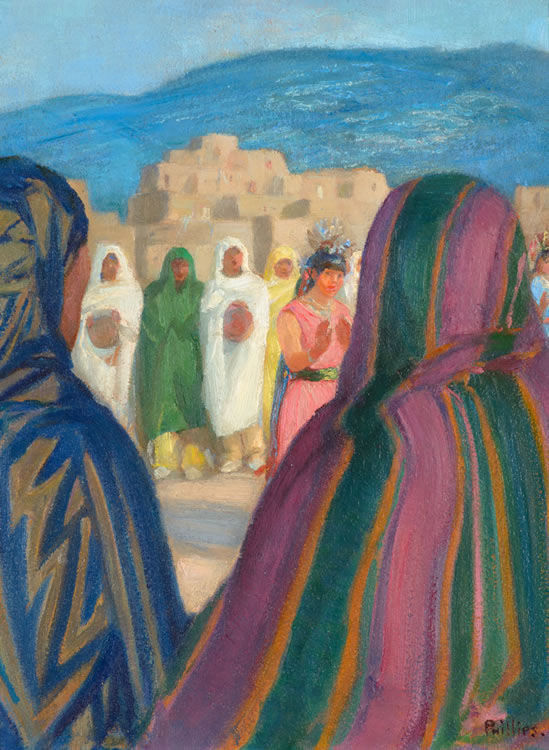 Anne Phillips’ great-grandfather, Bert Geer Phillips, was a founding member of the Taos Society of Artists. She owns several of his works in her collection, including “Taos Pueblo Dancers.” 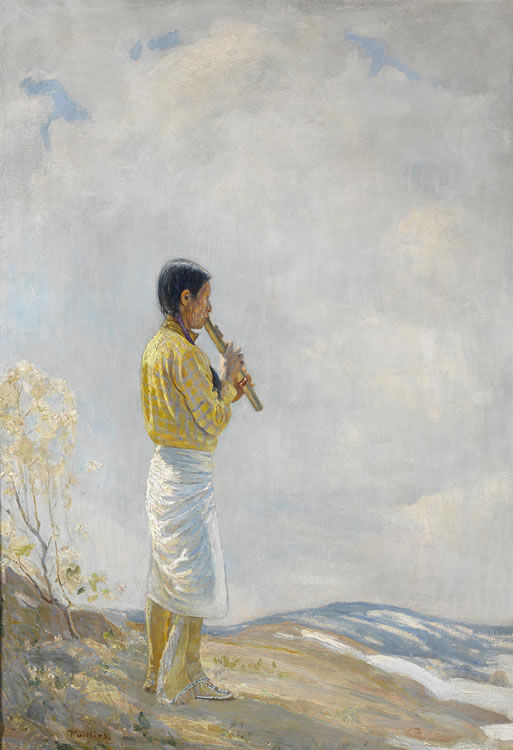 Anne Phillips is the recipient of the inaugural Collector of the Year Award at the Jackson Hole Fine Air Fair. She owns several paintings made by her grandfather, Bert Greer Phillips, in her collection, including “The Song of Spring.” 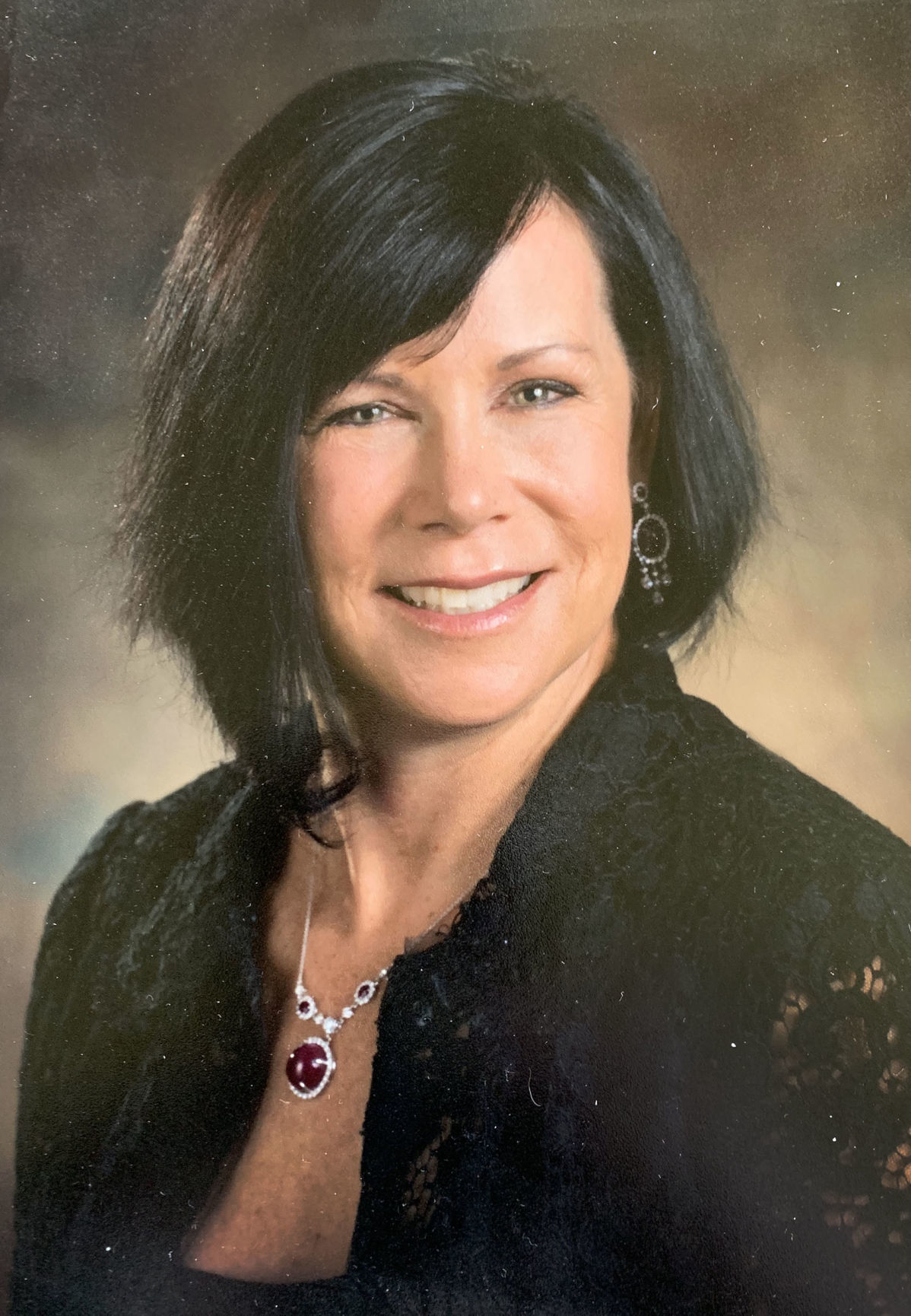 Anne Phillips’ great-grandfather, Bert Geer Phillips, was a founding member of the Taos Society of Artists. She owns several of his works in her collection, including “Taos Pueblo Dancers.”

Anne Phillips is the recipient of the inaugural Collector of the Year Award at the Jackson Hole Fine Air Fair. She owns several paintings made by her grandfather, Bert Greer Phillips, in her collection, including “The Song of Spring.”

When Rick Friedman, executive director of the Jackson Hole Fine Art Fair, was evaluating who would be a good pick for the show’s inaugural Collector of the Year Award, he wasn’t trying to find the richest billionaire with the most recognizable pieces.

He wanted a real collector, someone driven by a passion for art, not by commercial reasons. He found that person in Anne Phillips.

“I know a lot of people who collect for the wrong reasons,” he said. “They do it for the investment, but they’re not really knowledgeable. That’s not what Anne Phillips is like. She epitomizes, in my mind, the true collector.”

But Phillips’ background might not resemble exactly that of the typical art collector.

A few years ago Phillips’ coaching career wound down and she found herself with a lot more time to dedicate to curating her art collection.

She splits her time, as well as her art collection, three ways between her home in Missoula, Montana, and her places in Teton Village and Maui, Hawaii.

Phillips’ interest in art was in some ways determined from birth.

Her great-grandfather, Bert Geer Phillips, was a painter and founding member of both the Taos art colony in New Mexico in the late 19th century and the Taos Society of Artists in 1915.

She has several of his works in her collection, which is mostly made up of oil and watercolor paintings, with a few bronzes, lithographs and etchings in the mix.

One thing Phillips shares with her ancestor is an interest in the landscapes and themes of the American West.

There is no thorough methodology for how Phillips decides to acquire a piece to add to her collection. In her collection there are certainly recurring motifs, like clouds, horses, mountain landscapes, cowboys and Native Americans.

But first, she just has to like the piece.

“It all comes down to meaning,” she said. “The love, enjoyment, identifying with the art. If you have a piece that you just don’t care for, that takes away from the whole collection.”

But though she admires the work of certain artists, she learned in the early stages of building her art collection that it’s easy to fall prey to the trap of flashy names at the expense of a quality piece.

She typically buys pieces for her collection from well-established Western auctions like the Jackson Hole Art Auction, the Coeur d’Alene Auction in Reno, Nevada, the Scottsdale Art Auction and the Santa Fe Art Auction.

Though sometimes she goes with certain works in mind, other times she’ll go into an auction and be surprised.

“There’s always surprises when you’re going through an art auction. You’ll come across artists you haven’t heard of before,” she said. “It doesn’t always have to be a big name — a lot of the artists I have are not nationally well known, but they’re really good artists.”

Though she’ll occasionally sell pieces in her collection, she said that it’s usually just to make room for newer pieces. She likes her art, and it’s tough to part with it.

“If I was more into the business aspect, I’d be looking at deals. That’s not really why I’m doing what I’m doing,” she said. “I’m doing it because I like my pieces of art.”

When Phillips heard she’d been chosen for the Collector of the Year award, she was honored that she had a new platform to share her passions for art collecting with others.

“The Fine Art fair is a great chance for any collector, beginning or established, to get a whole variety of different artists under one roof,” she said. “It’s a great place to work on your collection, not only to get inspiration, but also to work on your acquisitions.”

Phillips will speak at the VIP opening “sneak peak” during the Jackson Hole Fine Art Fair at 3 p.m. Thursday in the Snow King Sports and Events Center. Tickets cost $75.