Bourne, and artist and designer who’s specialty is interiors, hung “Anything’s Possible” in a very deliberate, intentional way to play off juxtapositions, serendipity and the way light moves through the gallery. The shadow cast by Ben Roth’s wire moose head is almost it’s own work of art, she said. 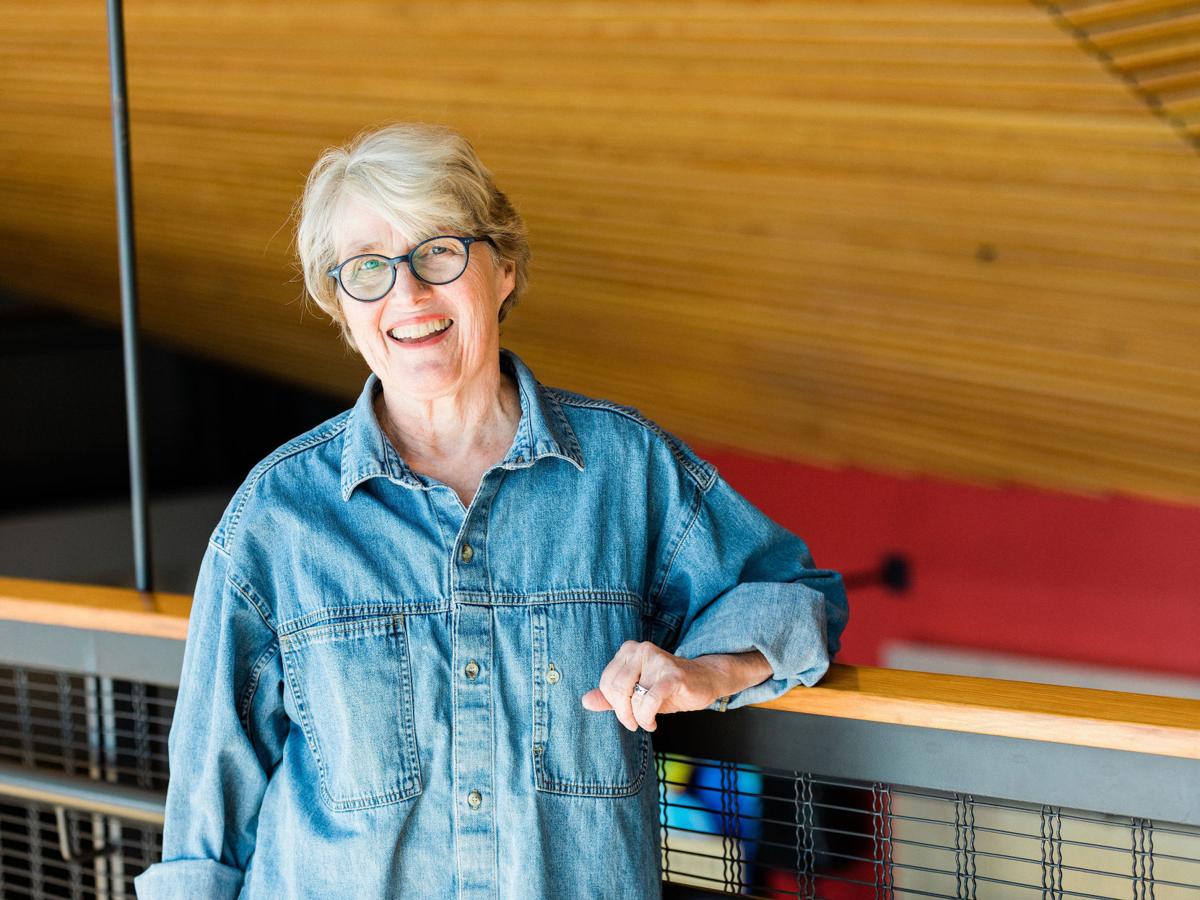 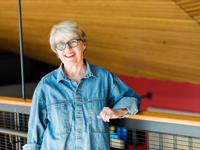 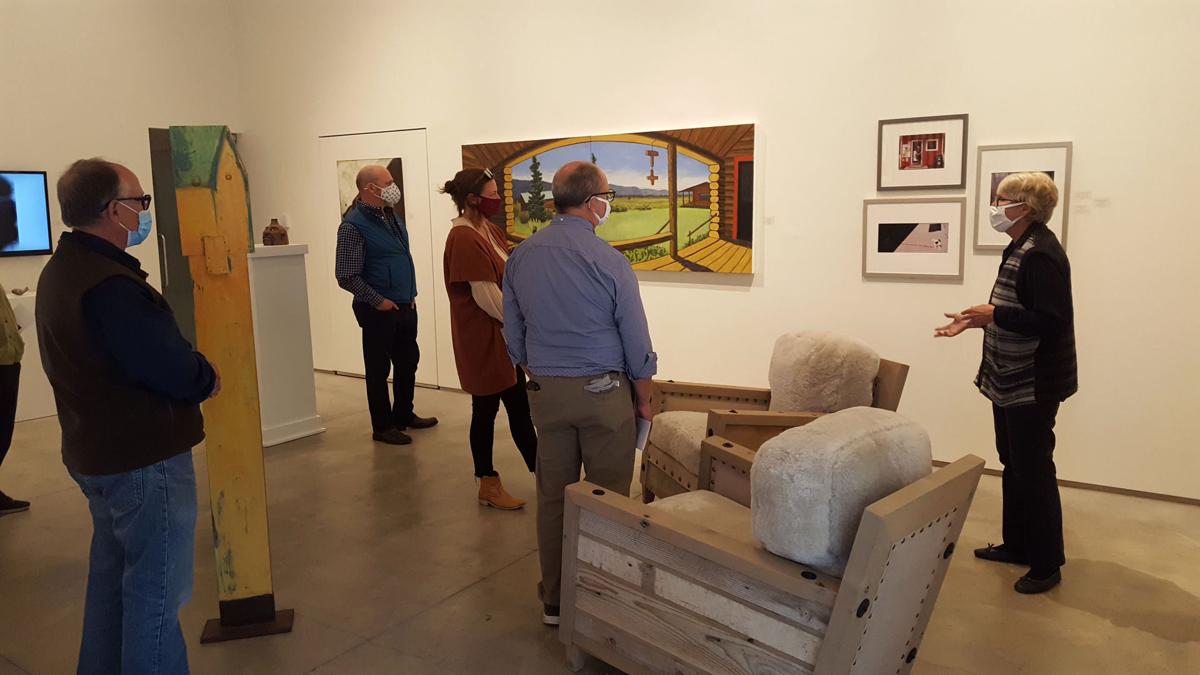 Bourne, and artist and designer who’s specialty is interiors, hung “Anything’s Possible” in a very deliberate, intentional way to play off juxtapositions, serendipity and the way light moves through the gallery. The shadow cast by Ben Roth’s wire moose head is almost it’s own work of art, she said.

For Agnes Bourne, art and design is about commitment. With commitment, anything is possible, she said.

Bourne is inspired by bold artists who commit to trying new things with new materials and do not shy away from questions like “What if I took this material and did something totally different?” Those are the types of artists she selected for the group exhibit she curated at the Center for the Arts.

The show, titled “Anything’s Possible,” features the works of 22 artists who are either based in Jackson or have strong ties to the community, Bourne said. She selected them because their work is experimental or they work with new materials or images in new ways.

“They are all stepping out to the new expression fearlessly and taking on a new path,” Bourne said.

“There is a lot of space in that gallery for just walking around and experiencing what’s there,” Bourne said. “It’s very fresh and very airy.”

A video tour will also be available on the Center for the Arts website for those who can’t see the show in person.

Bourne curated the show as part of the Creative in Residence program, which is now in its fourth year, said Oona Doherty, the Center’s creative initiatives director. The residency invites one person to the Center each year to curate exhibits that inspire a sense of creativity and community in the building.

Bourne, who has a background in design and art, and has supported the arts in Jackson for years, serving on the both the Center’s and the Art Association’s boards, was a natural fit for this year’s residency, Doherty said in an email.

“What I love about the show is how intentional and well thought-out Agnes is with where pieces are placed throughout the spaces,” Doherty wrote.

For Bourne, part of the show’s mission was to bring art and design to a larger audience and to showcase functional art and abstraction side by side. She wanted to create a show that would provide viewers with something unexpected, but she found herself surprised by the artists’ work and how all the pieces worked together and with the space.

For instance, a person can sit in furry chair designed by Tim Groth while watching a video created by Bronwyn Minton. The imagery that Minton, executive director for the Art Association, created related unexpectedly to everything else in the room, Bourne said.

Another example, a chair made of willow branches woven to be comfortable by Shawn Roberts of Yellow House Collective, “talks” with Idaho artist Mike Piggott’s nearby painting, Bourne said.

“It’s a beautiful juxtaposition of imagery and color,” Bourne said.

Roberts’ delicate chair also complements Groths’ solid chair, made of reclaimed wood and sheepskin: “They are similar, but also completely opposite,” Bourne said.

A glass piece created by Wilson artist Laurie Thal receives natural light that makes it twinkle and transform as the light changes through the day. A wire moose head by Ben Roth creates shadows on the wall when the light shines through it for what amounts to almost a second piece of art, Bourne said.

The exhibit features a variety of mediums, including poems by Sarah Kariko and Laura Garrard, which fit with the paintings hanging nearby on the wall.

It also emphasizes what Bourne has always believed: that art and design are inseparable and can be accessible to anyone.