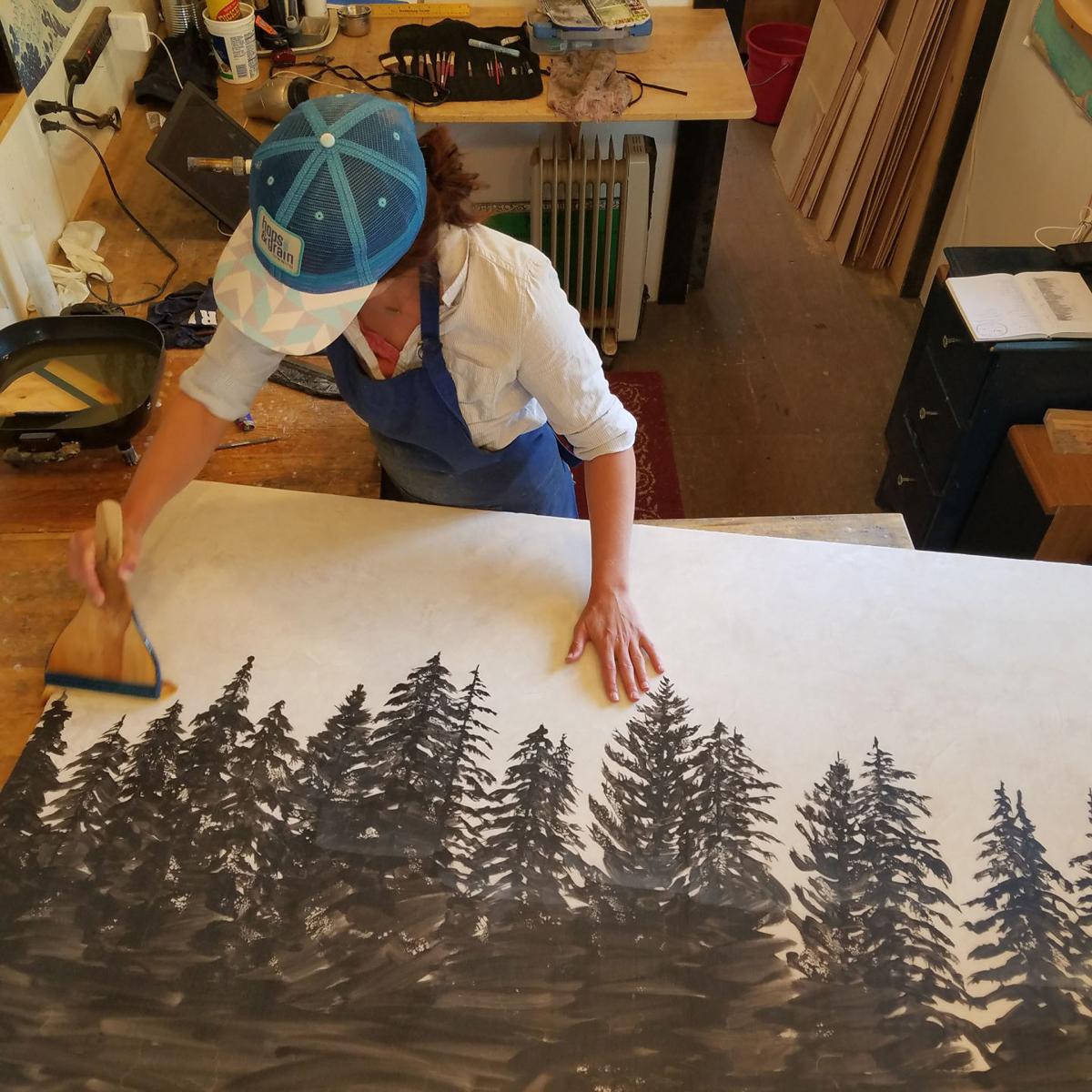 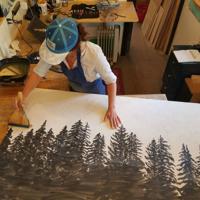 Bridgette Meinhold works in her studio. 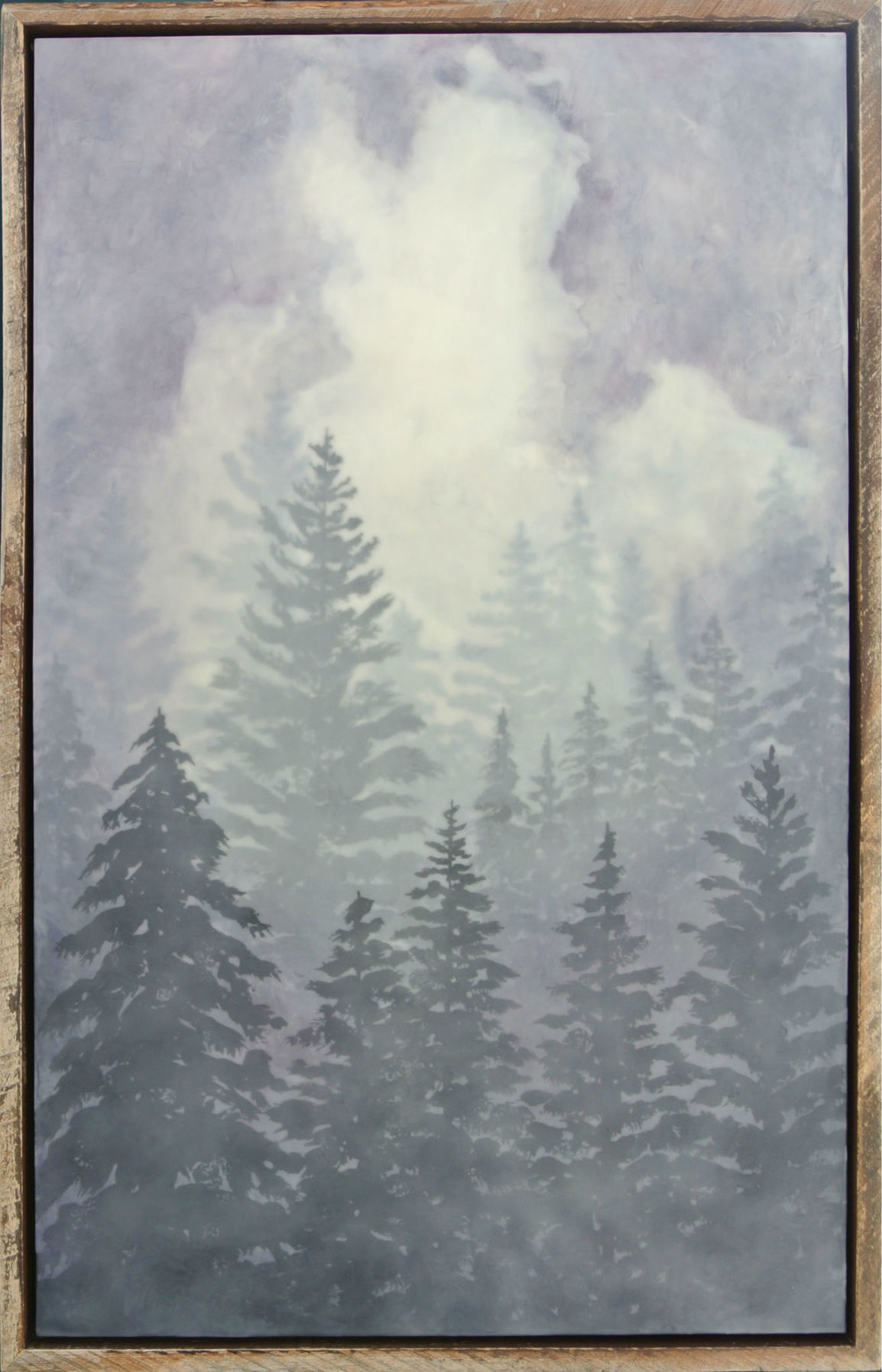 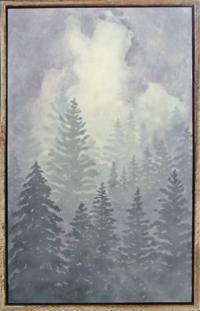 Meinhold titled this “Tucked Away.” 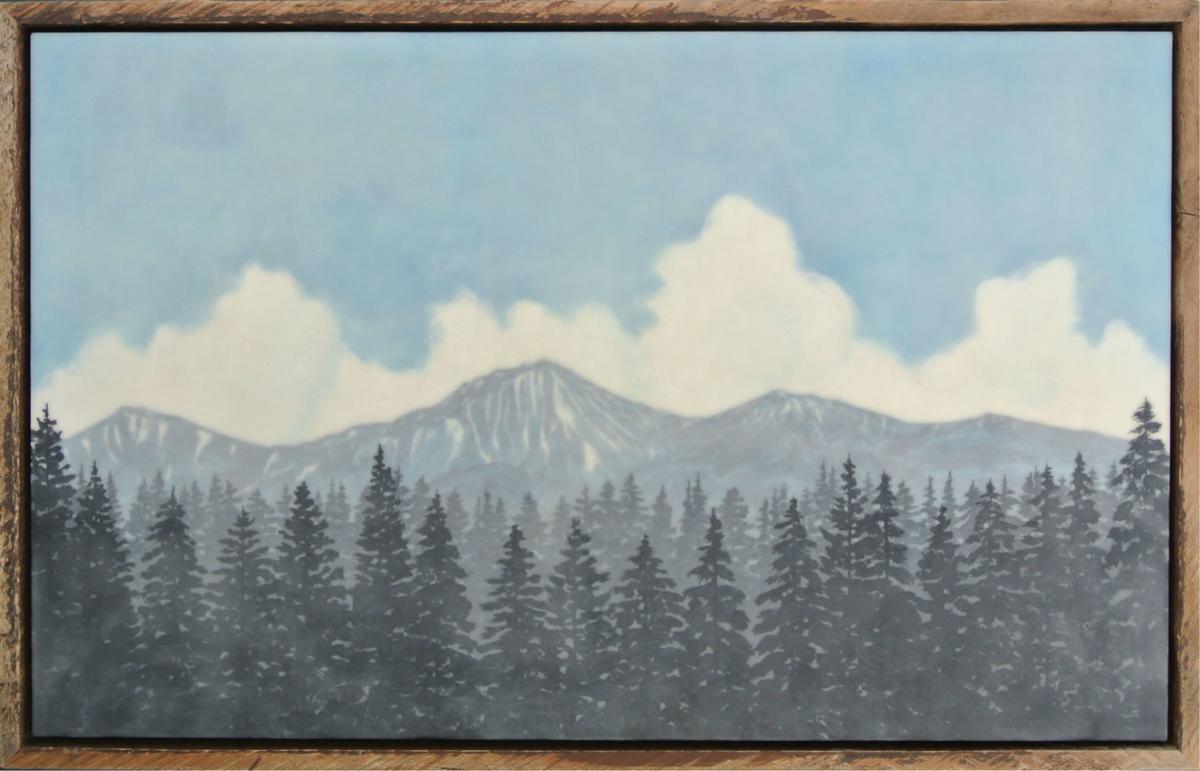 “Wild Country” is one of Bridgette Meinhold’s encaustic paintings.

Bridgette Meinhold works in her studio.

Meinhold titled this “Tucked Away.”

“Wild Country” is one of Bridgette Meinhold’s encaustic paintings.

As an encaustic painter of 10 years she builds up beeswax and resin layers to create 3D landscapes, usually hazy mountains, clouds and trees, in a 2D context.

“As each layer is done it’s encased in wax,” Meinhold said. “I actually can’t go back and fix it. Once it’s done, it’s done, and it’s kind of an interesting metaphor for life. You can’t really go back and fix things; you can only go forward after the fact.”

Meinhold will be in Jackson on Thursday and Friday from 1 to 5 p.m. to paint in Gallery Wild, where her new show, “Painting with an Ancient Medium,” will hang until July 24.

“I think the mission behind what they’re doing is really wonderful,” she said of the gallery. “To showcase and celebrate nature and animals and the landscape. I think it’s just a really, really great place to show my art.”

Meinhold plans to complete two paintings this week, pulling the curtain back on what the process looks like in person. She’ll also attend the Jackson Hole Gallery Association’s Art Walk from 5 to 8 p.m. Thursday.

All of her paintings available locally feature the area.

“I try to bring in some local imagery that people will recognize,” Meinhold said.

While some encaustic artists use colored wax, Meinhold adds color after the wax is applied. She paints on a hardwood surface. As the wax cools it hardens. She uses a scraping tool and a torch to make the wax smooth again, to “knock down all the ridges and bumps that come from a brush,” before painting mountains and trees on with milk paint.

Another layer of wax goes down, and then, pigment on top of that. Then — you guessed it — more wax.

Given Meinhold’s bachelor’s in mechanical engineering, a master’s in civil and environmental engineering and the mind of an architect, her meticulous multistep style makes sense. She has worked as a sustainability and wind energy expansion consultant in the past.

“I would say that I use that side of my brain in the art,” she said. “The paintings themselves are very planned out and methodical.”

But before the wax process can begin, Meinhold has already gone through several other steps.

She first figures out what she’s going to paint based on things she’s seen and subsequent photos she’s taken to capture fleeting moments. She’ll create a pencil sketch first and then a watercolor study.

She stumbled across the medium, found in paintings in ancient Greece and ancient Egypt, by noticing other works in her hometown of Park City, Utah. Encaustic painting has gained a resurgence in interest and popularity as advancements in electric skillets made the wax easier to melt. A workshop came to town and she was hooked.

In addition to encaustic Meinhold dabbles in other mediums like watercolor and oil. A 2014 trip down the Green River with the Bureau of Land Management set her on the path she’s on today.

A writer at the time, Meinhold always wanted to be an artist and sold paintings as a side gig. She is the former architecture editor at Inhabitat and has penned numerous freelance articles as well as a book titled “Urgent Architecture: 40 Sustainable Housing Solutions for a Changing World.”

Volunteering with the BLM on a weeklong trip wasn’t necessarily glamorous — duties included picking up trash, checking in with boaters and making sure trails and historical sites were well-maintained. But she loved it.

“It was just a really lovely chance for me to get away from the internet,” Meinhold said.

As a writer she was always plugged in. Even vacations meant work.

“I was kind of burned out,” she said. “It gave me a chance to think about, ‘What do I really want for the future and how do I want to live my life?’”

Meinhold came to the conclusion she needed to transition to full-time painting.