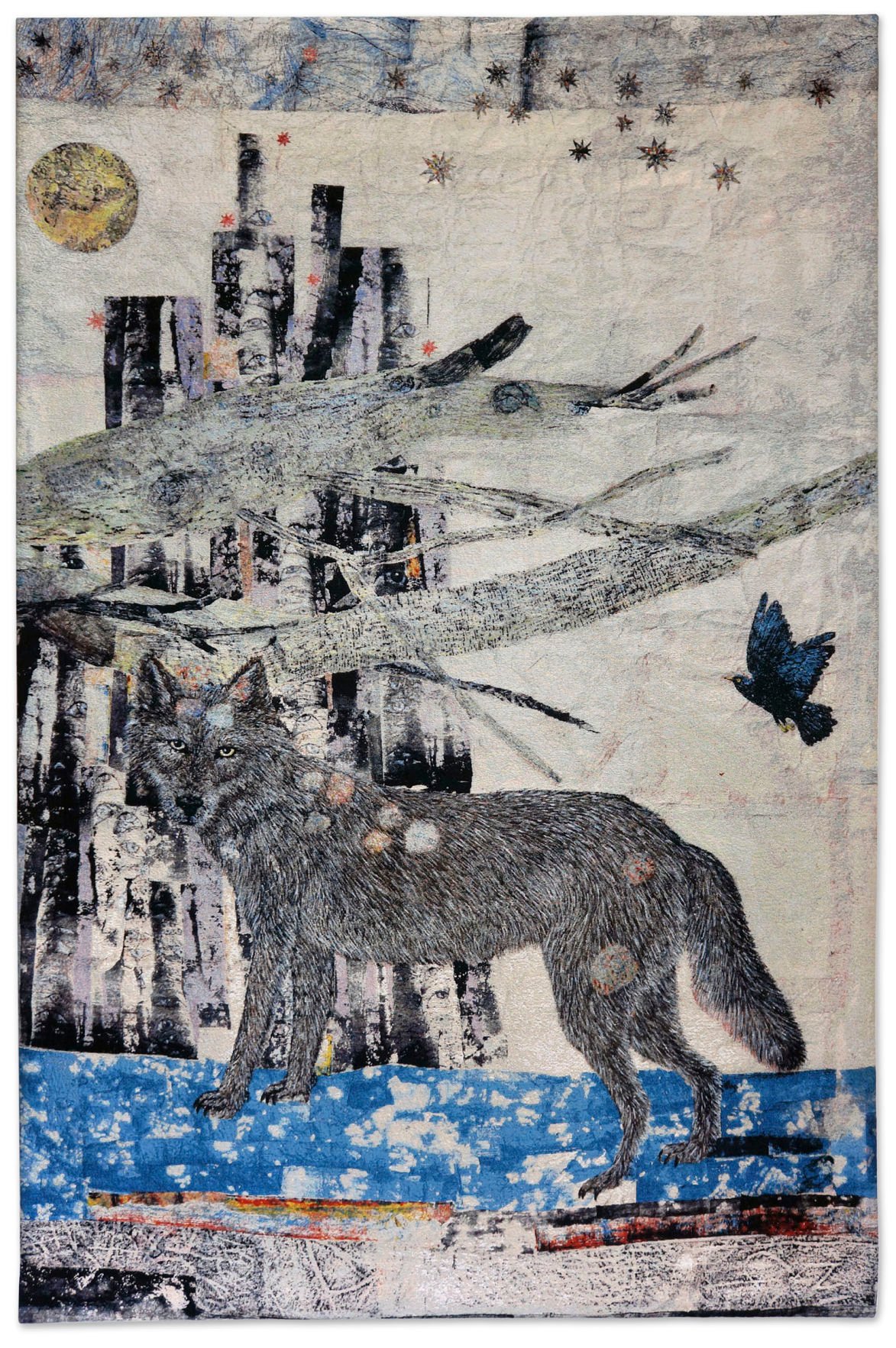 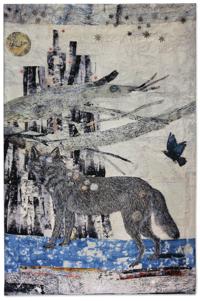 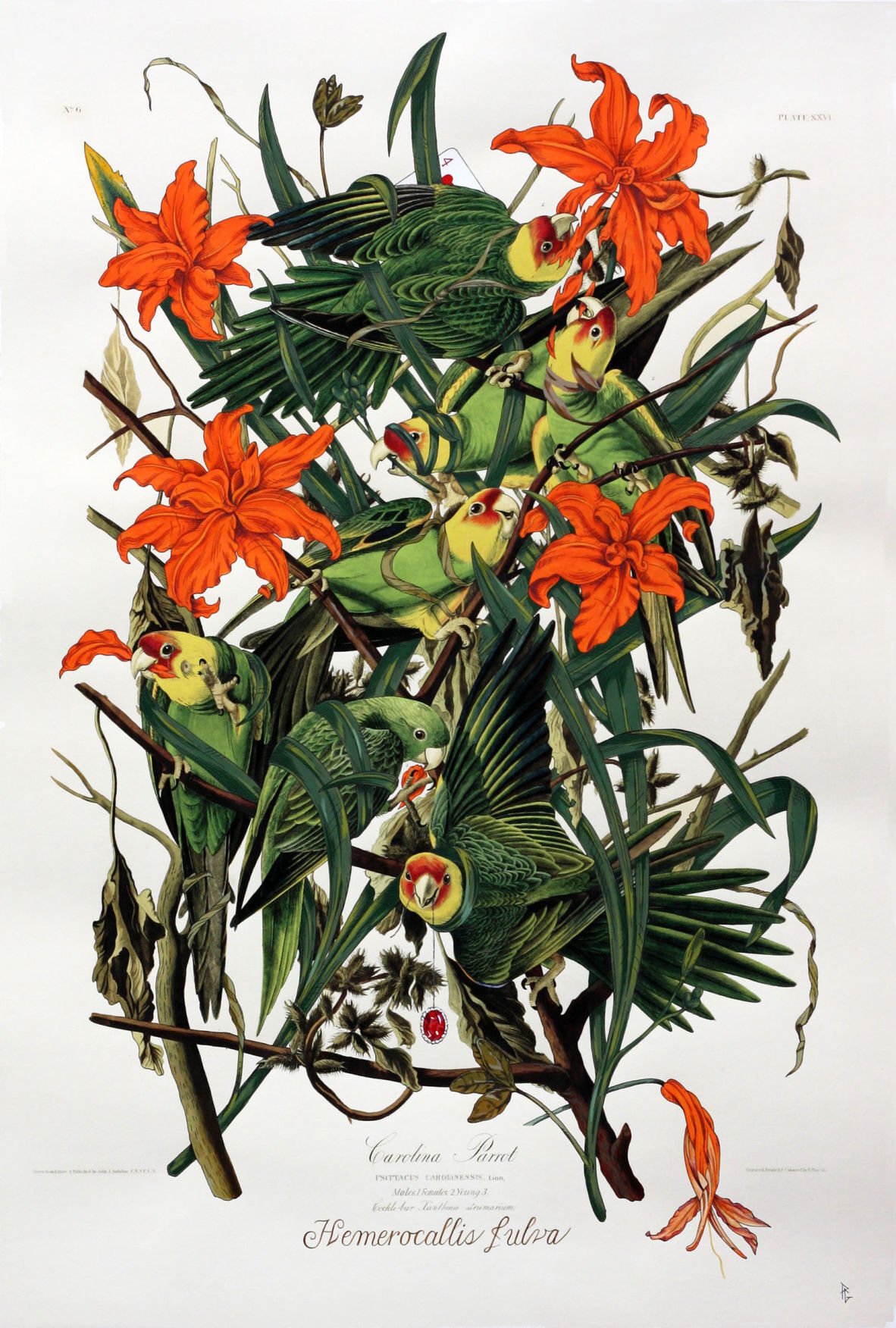 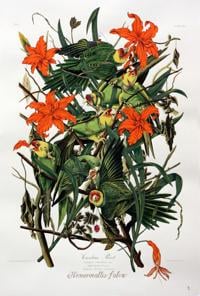 Penelope Gottlieb’s “Hemerocallis fulva, 2016” is an acrylic and ink over a reproduction Audubon print. It was was a gift of the 2019 Blacktail Gala,

Penelope Gottlieb’s “Hemerocallis fulva, 2016” is an acrylic and ink over a reproduction Audubon print. It was was a gift of the 2019 Blacktail Gala,

An image comes to mind for many when they think of wildlife art — a realistically rendered animal in its natural habitat — but a new show at the National Museum of Wildlife Art provides a different perspective.

“Un/Natural Selections: Wildlife in Contemporary Art” showcases some of the different ways artists use animal imagery to explore humanity’s interconnectedness and ever-changing relationship with the natural world, said Tammi Hanawalt, the museum’s curator of art. The 50 works were pulled from the museum’s permanent collection. The show opened May 22 and will hang at the museum through Aug. 22.

Work in “Un/Natural Selections” addresses topics such as conservation and colonization through a variety of media, including video, said Hanawalt, who curated the show to tell a story. She divided the work into four themes: traditions, politics, science and aesthetics. The sections are similar to chapters and suggest the breadth of what wildlife art can be.

The traditions section is about storytelling and how stories and histories are shared throughout generations, Hanawalt said. One piece in this section, “Cathedral,” by American artist Kiki Smith, depicts a wolf in the woods at night, staring directly at the viewer. A Jacquard tapestry measuring 116 by 75 inches, the 2013 work references the 14th-century Apocalypse Tapestry, a massive French textile that tells St. John the Divine’s vision from the Book of Revelations.

Much of the work in the politics section explores colonization, Hanawalt said. Penelope Gottlieb, for instance, paints ink over prints of work of John James Audubon, who used dead animals as models for his famous ornithological portraits. Gottlieb is concerned about invasive plant species and their devastating effects on native plants, Hanawalt said, and her paintings show these invaders growing around the birds rendered in the Audubon prints, choking the life out of them.

The plants “almost have a life of their own,” Hanawalt said.

“When you place animals in for human beings, maybe we can really take a hard look at what’s happened in our history,” Hanawalt said. “We can place ourselves in that and really look at our history and things that we shouldn’t forget.”

The science section features a film by Dennis Hlynsky of thousands of starlings rising in waves and moving from a telephone pole to a marsh, a video project that provides a new way to track animal movement, Hanawalt said.

Hlynsky realized that the younger birds were following the more mature birds and that they were moving in patterns. After filming the birds he found that he if stacked his film, layering one on top of another, he could see the pattern in how the birds rose and moved, Hanawalt said.

When Hlynsky first showed the work, skateboarders and dancers reached out to ask how he tracked and captured movement. Not long after, scientists also contacted him wanting to know his technique to track animal behavior, Hanawalt said.

The aesthetics section includes a piece by filmmaker Leslie Thornton, which focuses on the distinct patterns of animals, like a zebra. The film shows two points of view presented almost as though the audience is observing it through binoculars, but one side the animal is clearly seen, while the other is a kaleidoscope of the animal’s pattern, Hanawalt said. Every time the animal moves, the kaleidoscope moves with it in sync.

“It really made me think about animal patterns and aesthetics and how they inspire us,” Hanawalt said. That, she said, is what the show is about: thinking about wildlife in new ways.

Go to the museum’s site at WildlifeArt.org for more about “Un/Natural Selections” as well as upcoming exhibits and advance tickets to the museum. Or call 733-5771.  

50 works from NMWA's permanent collection show how wildlife is depicted and used by contemporary artists.