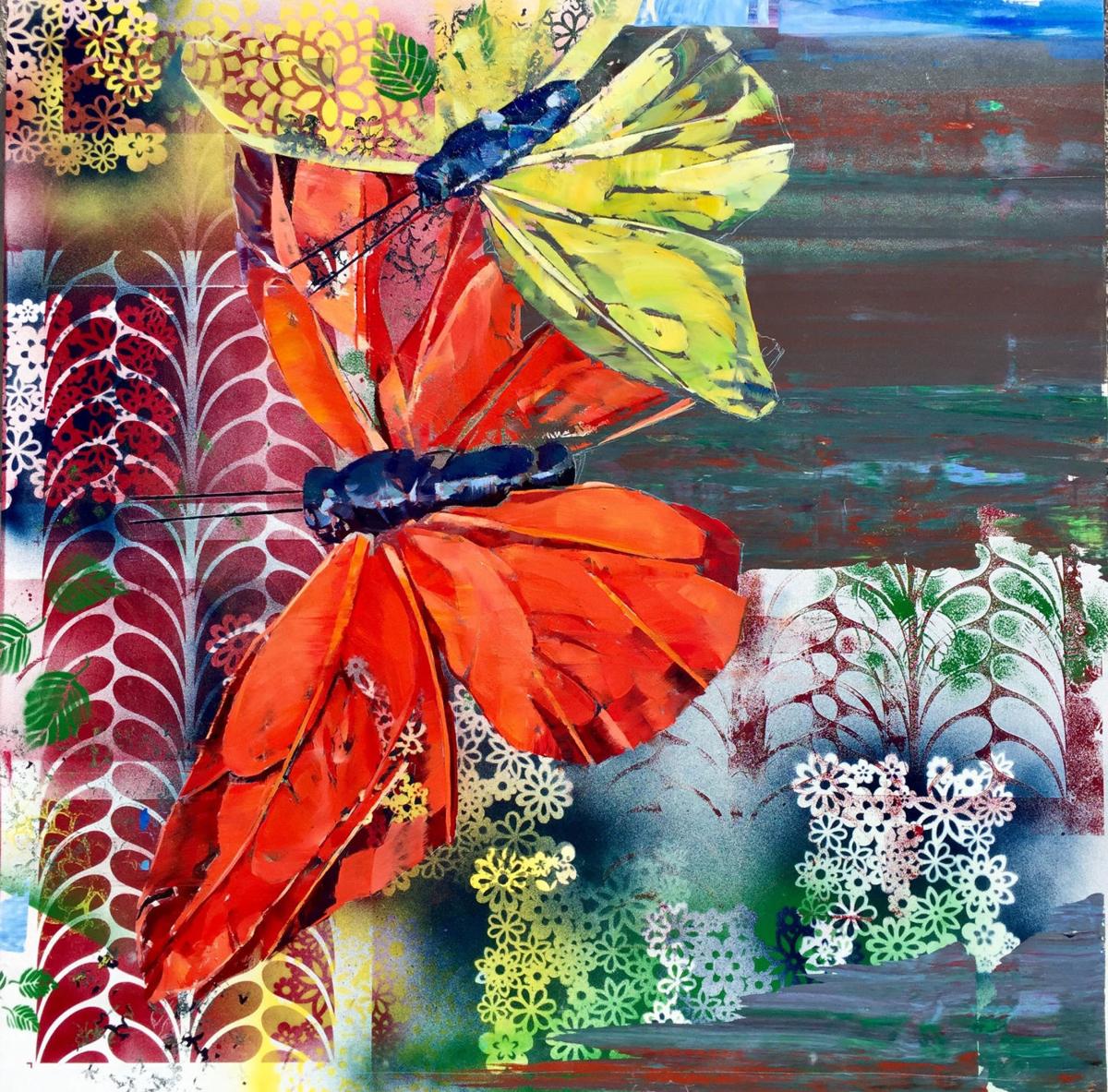 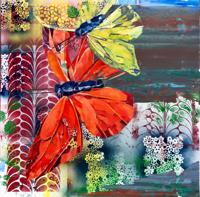 “Nature,” Agnes Bourne’s third curated art exhibition at the Center for the Arts, includes some 30 artists, including Douglas Schneider, whose “Mystic Journey,” an oil on canvas, is shown above. 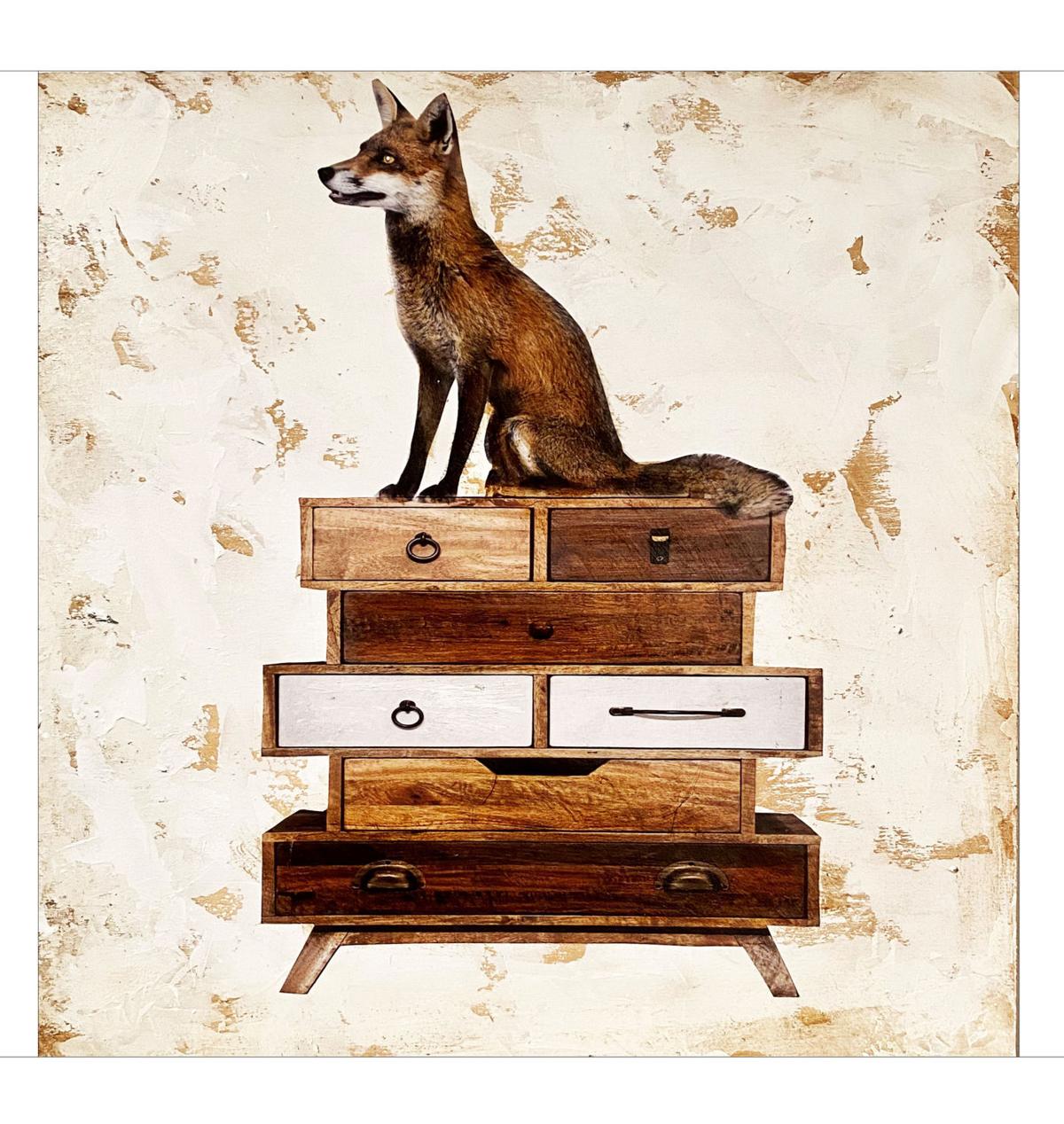 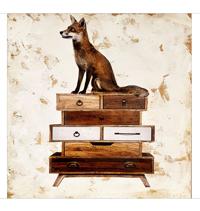 “Toby,” a mixed media work on panel, is by KOLLABS, a collaborative art partnership of Luis Garcia Nerey and Anke Schofield. 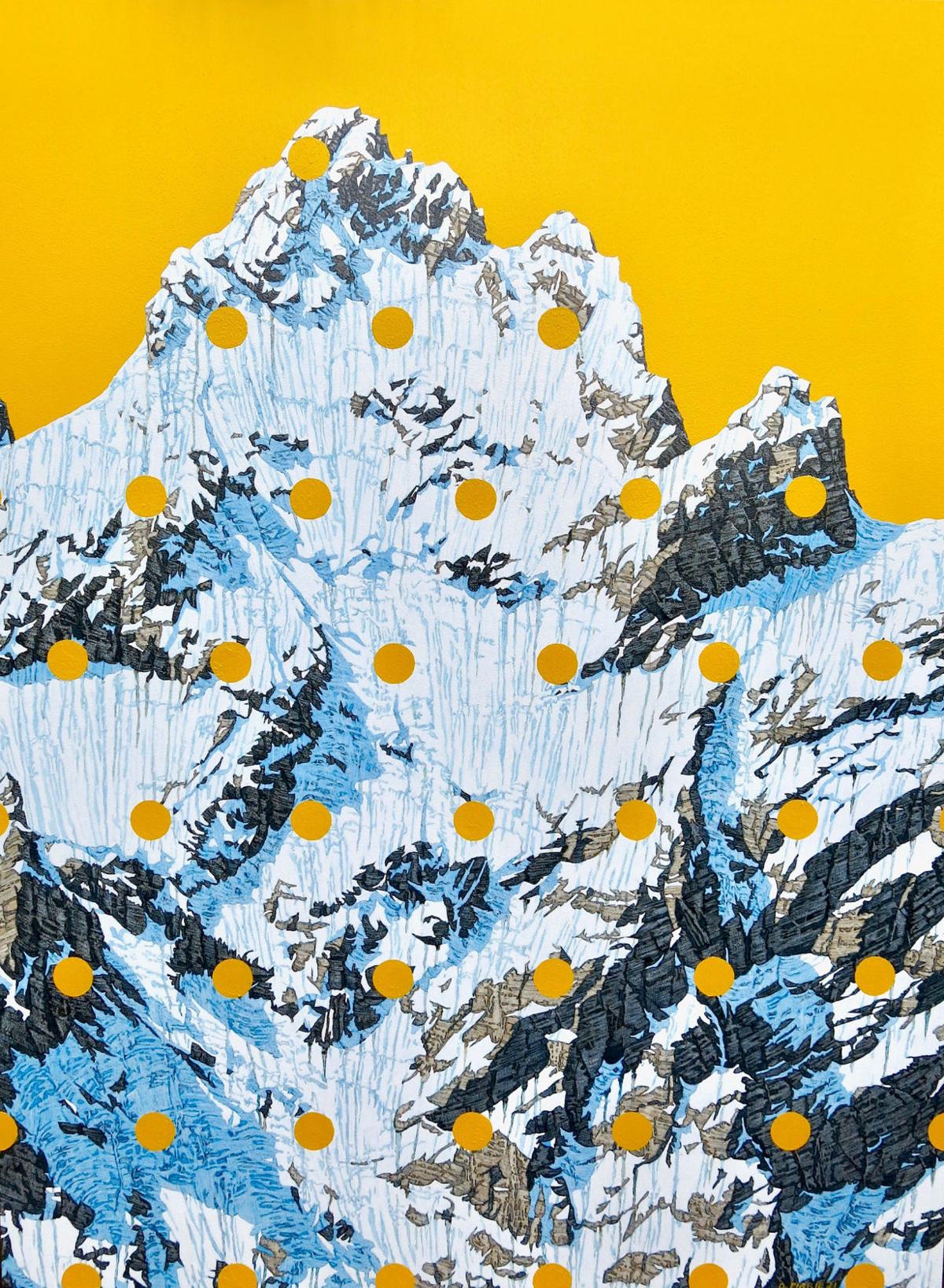 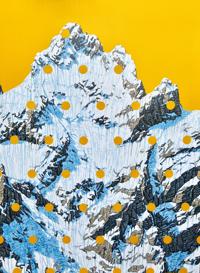 “Nature,” Agnes Bourne’s third curated art exhibition at the Center for the Arts, includes some 30 artists, including Douglas Schneider, whose “Mystic Journey,” an oil on canvas, is shown above.

“Toby,” a mixed media work on panel, is by KOLLABS, a collaborative art partnership of Luis Garcia Nerey and Anke Schofield.

As Agnes Bourne walked through her most recent art exhibition at the Center For the Arts, she told the News&Guide she was “getting goosebumps.”

The center’s “creative in residence” had just put the finishing touches on the installation she had curated, titled “Nature,” which features outdoors-inspired pieces by over 30 artists. Bourne said the goal of the exhibition is for visitors to feel a “special relationship” with nature and the joy of it.

“And to feel, you know, in love with it to the extent that we want to be sure that nature continues to be healthy,” Bourne said.

All of the exhibit’s featured artists have some local tie — many are Jackson Hole residents and others are represented by galleries in town. In addition to contributions from independent artists, Gallery Wild, Diehl Gallery, Turner Fine Art, Ringholz Studios and Brookover Gallery provided pieces for the show.

Bourne appreciates the “very, very unique” perspectives the artists brought to the exhibition, and the ways the artists expressed their appreciation for nature.

“They’ve all maintained their individuality,” Bourne said. “There’s no ‘you gotta do it as I do it.’ ... How we celebrate it [nature] is so different from one to the next, but it’s so harmonious because we all have this love and need for nature to be honored.”

Those perusing the exhibit will see a variety of mediums represented as well, ranging from watercolor paintings to bronze sculptures. One artist, Carrie Wild, even uses hints of gold leaf in her work.

Some of the scenes depicted will be familiar, such as a pair of paintings by Emily Boespflug. Using oils, the artist painted a scene at String Lake, but in different seasons. One canvas is intense and icy, while the other features shades of green and is painted with softer brush strokes.

All of the pieces mesh well as a group and, Bourne said, stimulate a sense of awe, creativity and love.

Her masterful curation is hardly a surprise. Bourne is an experienced artist who has accumulated degrees in art, architecture, design and even psychology. She has held the title of creative in residence at the arts center since fall 2020 and will remain in the role through the summer.

“Nature” is the third installation in Bourne’s “Sustain” series, which celebrates preservation and the outdoors.

“Nature has been a core for me, for my life,” Bourne said, referencing her involvement in the original Earth Week in 1970. “So this is wonderful to be able to create an exhibition around the idea of it.”

Previous “Sustain” events featured a trio of outdoor installations around the center grounds and a group show titled “Anything’s Possible.” The series is inspired by a quote often attributed to the 19th-century polymath Johann Wolfgang von Goethe that encourages people to follow their dreams and embrace boldness. Bourne keeps the phrase in mind as she picks pieces to be included in the shows.

The current installment, “Nature,” rounds out the “Sustain” series, decorating the Center’s Theater Gallery and Glenwood Lobby through June 14. There is no need to reserve spots or purchase tickets to view the exhibit.  

Curated by Center for the Arts' Creative in Residence Agnes Bourne

Center for the Arts Theater and Glenwood Lobby galleries