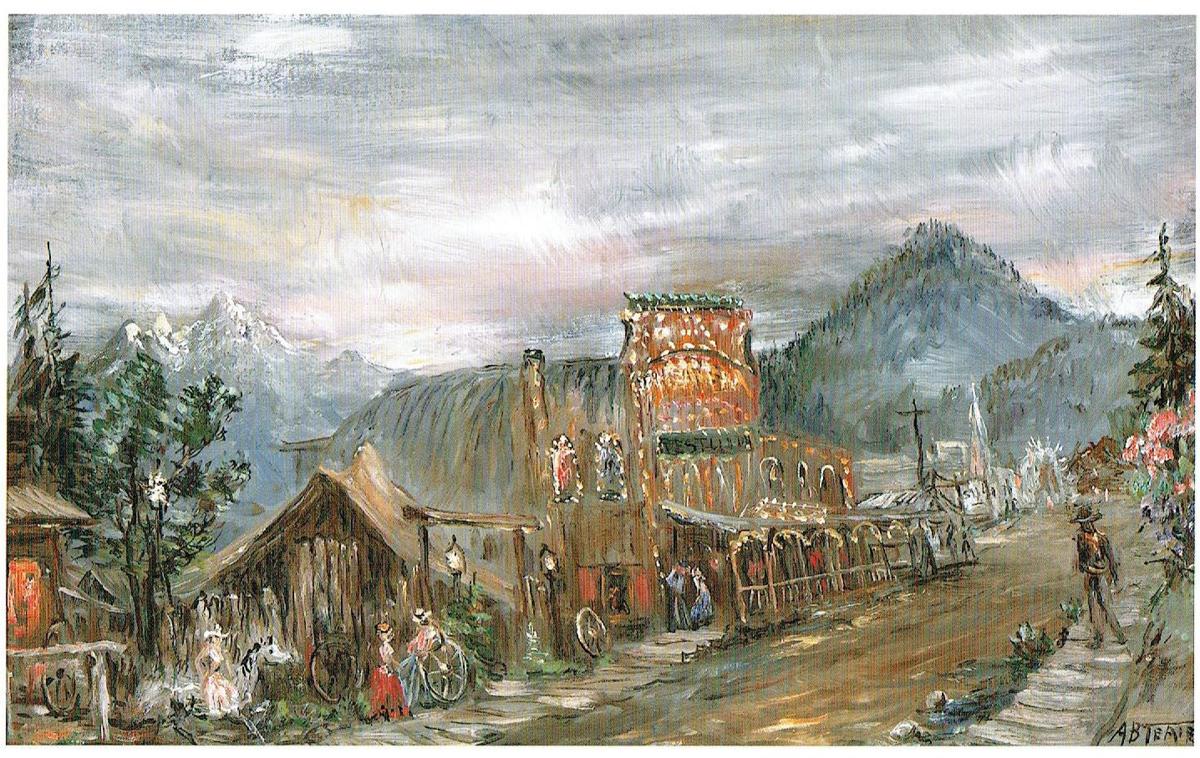 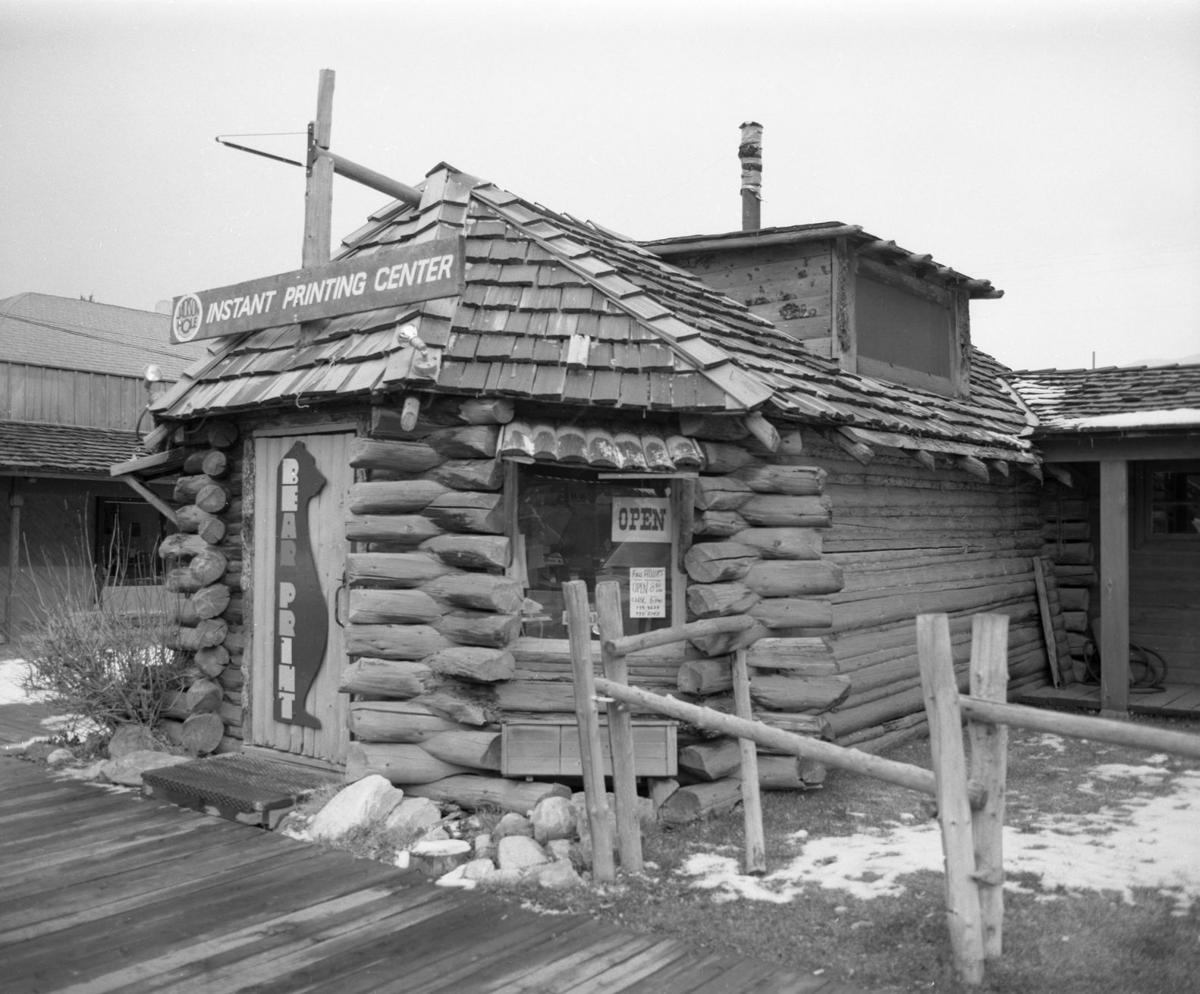 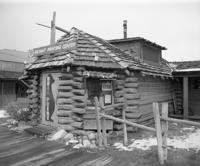 Archie Teater created over 4,000 paintings that survive, the majority of them scenes of Jackson Hole and the town of Jackson, but also landscapes and cities and people around the world.

And at least one of the rear end of a buffalo, said creature being a resident of the Central Park Zoo.

The bison butt image isn’t among those being shown at the Jackson Hole Historical Society’s “Painting the Town” show, which will feature 26 Teater paintings, mostly of Jackson and a few of the surrounding area.

The art is on loan from Lester Taylor, a Jackson Hole summer resident since the 1970s. A retired economist with no artistic ability of his own, Taylor met Teater by chance in 1957 and fell in love with the work. Taylor was washing dishes at Jackson Lake Lodge back then when Teater was brought up from Jackson by lodge management to educate and entertain the summer staff.

“Teater and his wife came up, and Archie put on a painting clinic for employees,” Taylor said last week. “That was my first contact with a live artist. I got hooked, I guess.”

Hooked indeed. After buying his first Teater painting in 1971, Taylor has since built a collection of about 200. The lifelong professor and writer on economics also wrote the book on Teater, a 2015 work called “The Life and Art of Archie Boyd Teater.” Taylor said last week that the Teater book was a side gig to his economics: “I worked on the book for probably 30 years,” he said, “and it was a great deal of fun.”

Until the 1957 meeting with the artist, Taylor writes in the introduction to his book, “painting, in my experience, had been what was done with a bucket of paint to a barn or a house.

“I was absolutely amazed at the ease and quickness with which Teater was able to make trees, houses, mountains, lakes and people appear.”

Teater was, by all accounts, able to turn out a finished painting every day.

Born in Idaho in 1901, Teater was booted out of the eighth grade and spent his youth making his way with hard physical labor. Fortunately he also had a knack and a love for art. Quoted in Taylor’s book, he says, “I got expelled from school for drawing instead of doing my arithmetic. It was the best thing that ever happened to me.”

After finding Jackson Hole in 1928, Teater and his wife became part-time residents. In 1941, Teater built the cabin that is now JC Jewelers to use as his studio. It originally stood next to the Cowboy Bar and is now between the old Teton Theatre and The Bunnery.

Teater’s semi-primitive style was described by some contemporaries in the art world as “postimpressionistic romantic,” while one called him “The Burl Ives of Canvas.” Whatever the art world’s opinion, the fact that Teater lived in Jackson, and that much of his work recorded Jackson Hole, has kept his art and his story alive here.

In his book, Taylor writes that Teater “painted outdoors in every kind of weather, including rain, snow, sleet and subzero temperatures.” Though moderately well known while active, Teater “fell into almost total obscurity” after he died in 1978. But he left his wife with about 1,200 paintings, many of which remain in storage, owned by a children’s charity that sometimes sells some to pay for programs.

The historical society show of Teater paintings will open Thursday with a reception at which Taylor will deliver opening comments. Admission to the event is free, with refreshments and music, and will run from 5:30 to 7 p.m. The exhibition will hang as the society’s main show through Oct. 30.

As for Teater’s painting of the rear end of a buffalo, it ended up getting him arrested. Taylor said the New York Times article reporting it didn’t clear up every aspect, but he thinks Archie was probably just making a study of the bison for use in later works. At the time, though, people were suspicious.

“The reason was that it was World War II,” Taylor said last week, “and maybe the New York City police thought this was a subversive act.”