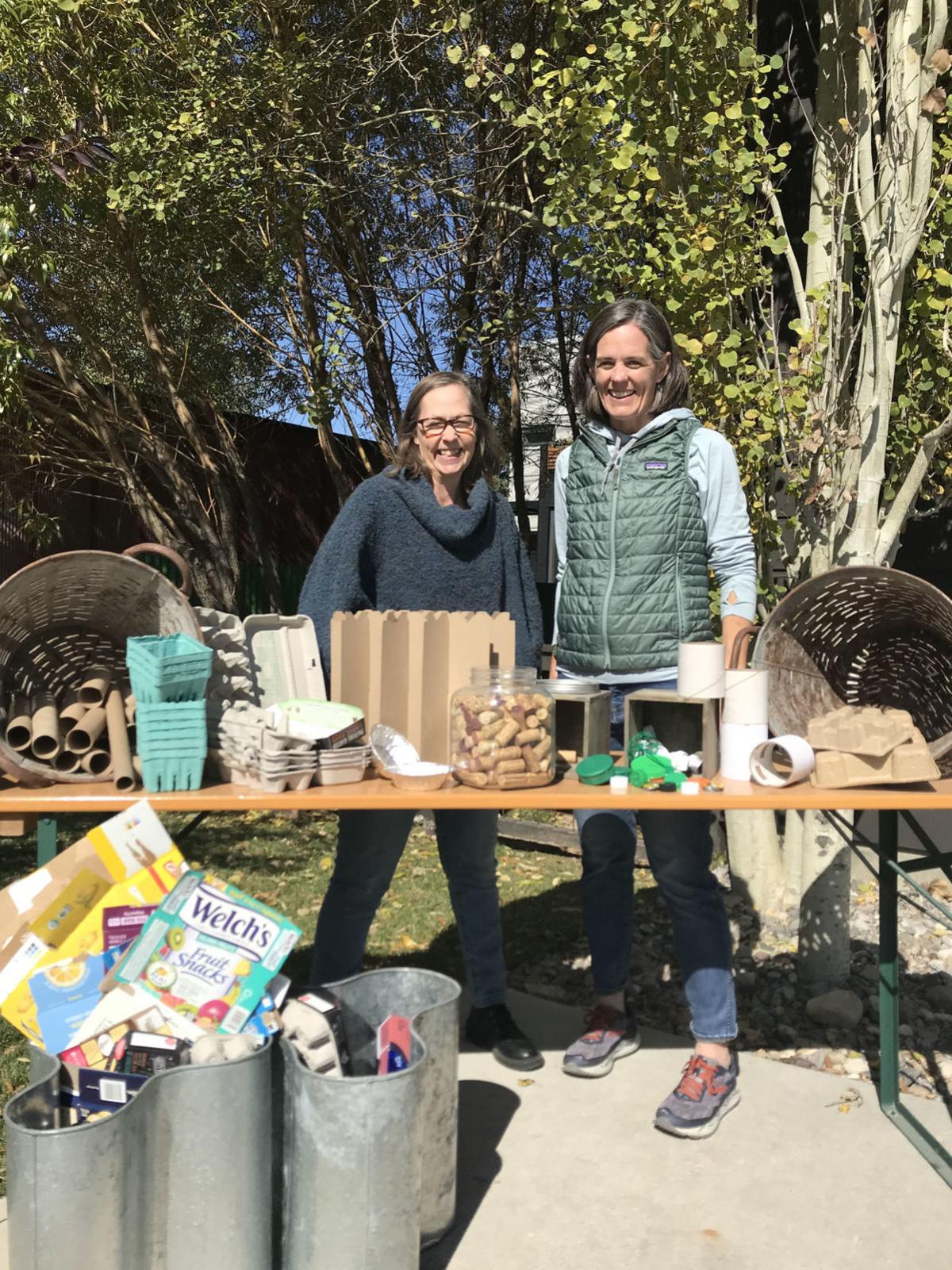 Rani Carr and Mari Allan Hanna’s JH Reuse turns trash to treasure, providing throwaways like wine corks, egg cartons and bottle caps to teachers, artists or anyone else who might have a use for them. 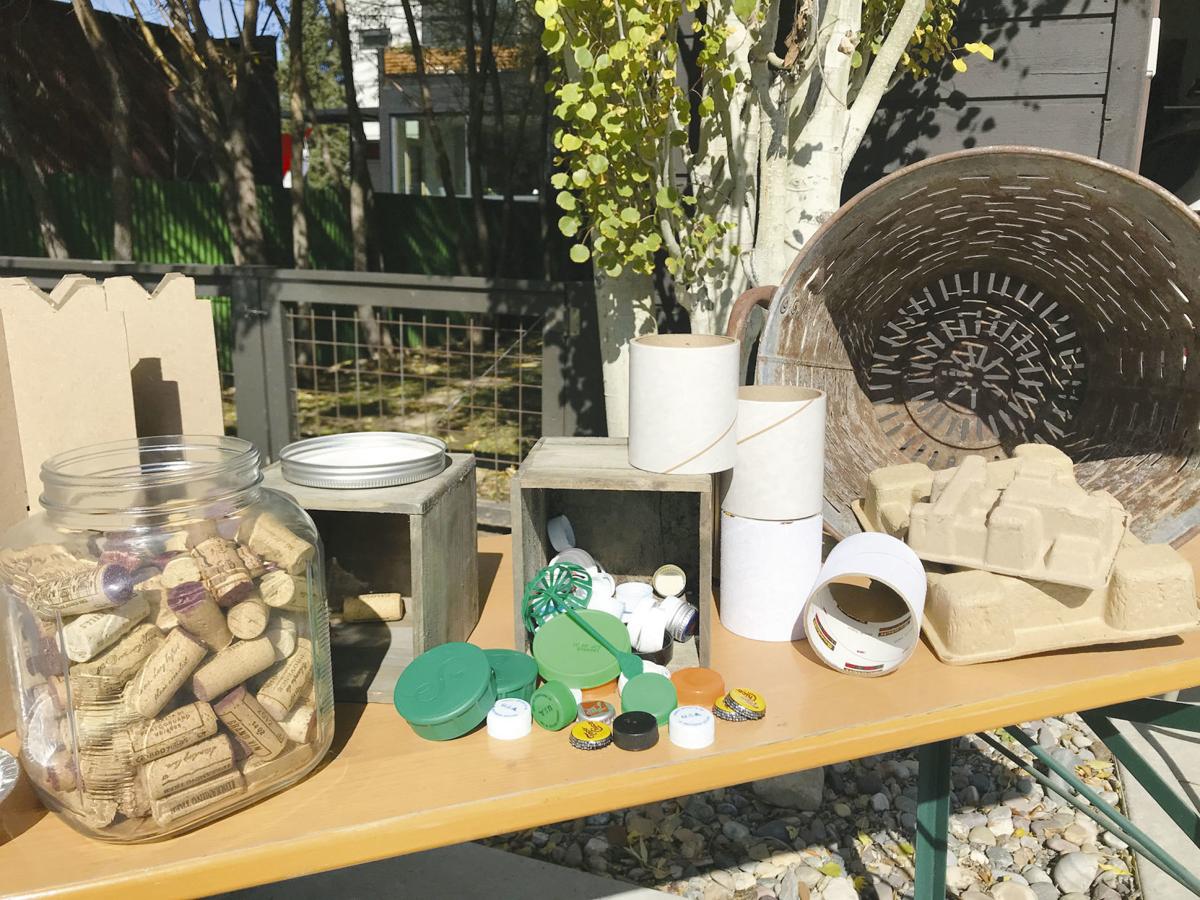 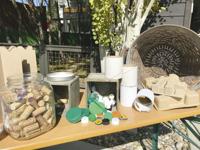 The goal of JH Reuse is to find new, creative uses for items that would otherwise be tossed in the trash.

Rani Carr and Mari Allan Hanna’s JH Reuse turns trash to treasure, providing throwaways like wine corks, egg cartons and bottle caps to teachers, artists or anyone else who might have a use for them.

The goal of JH Reuse is to find new, creative uses for items that would otherwise be tossed in the trash.

Your trash can is a cornucopia of creative potential.

That plastic pull-tab from your milk bottle? It might make a cool part for a kid’s handmade robot. Those corks from your wine habit could be carved into a set of ink stamps. Even loose computer keys, old door keys and toilet paper tubes could be reincarnated.

Mari Allan Hanna and Rani Carr see the possibilities, and through a project called JH Reuse they are collecting reusable stuff and rehoming it with teachers, artists, librarians, camp counselors and anybody else needing supplies for creative projects or practical needs.

The question, she said, is “would a teacher go out to the Dollar Store and buy bags of little things? ... or could we supply that teacher with things that are already used?

“This is just one more step on the way to the trash,” she said. “The real advantage is that we’re stopping people from going out and buying more new things that add to the waste stream when there is already an alternative to that in the community. It also saves them money.”

Hanna and Carr emphasize that JH Reuse wants to do the collecting, storage and refining so the end users get only what they requested. They don’t want well-meaning people to start dumping things at nonprofits and schools.

One of JH Reuse’s beneficiaries has been Hole Food Rescue, a nonprofit that saves edible food destined for dumpsters and then distributes it to people in need.

The nonprofit has gone to Hanna and Carr for a practical things, like cardboard boxes for deliveries and clean egg cartons to repackage eggs that arrive in dirty ones.

But Hole Food Rescue has also turned to JH Reuse for an art project: a bottle-cap mural for its food room. It has already adorned a wall with produce stickers, and the bottle cap art is an extension of that.

People are “dumping out juice cause it’s rotten, and recycling those bottles but throwing the caps away,” she said. “Here’s another thing that just shows this other layer of waste when food is wasted.”

Jennifer McNaughton obtained supplies for creative projects from JH Reuse when she was employed at the Art Association of Jackson Hole. McNaughton, who’s now working on a master’s degree, said she can’t say enough good things about JH Reuse based on her dealings with Hanna.

“I’d give her a request and she’d go out and find it for me and put out the call to her folks, and things would show up that I needed for art projects,” McNaughton said. “We could get materials from her that we all felt good about, and in addition she’s just lovely.”

Donors are also excited about having a way to further reduce waste.

“I was delighted to see the many household items JH Reuse is recycling,” said K.O. Strohbehn, who has donated bottle tops and wine corks, among other things.

Carr, who is on the county Integrated Solid Waste and Recycling board and Road to Zero Waste Committee, got to know Hanna when the latter was working at the recycling center.

They discovered a shared enthusiasm for saving stuff and transforming it into something creative. Both were intrigued by JH Reuse-like programs they’d seen in other cities.

They launched JH Reuse last spring, promoting it through social media, at the People’s Market and through word of mouth.

“We’re taking it pretty slowly so we can do it the right way and so it’s fun for us,” Carr said. Those who are responding are “people who understand it and get it.”

She and Hanna are still working out the seasonality of supply and demand. Over the summer they were busy with camps and Art Association projects. With the onset of fall they are focused on items for schools and the library.

The JH Reuse website has that want list, with photos, for things that are needed. Among them: Popsicle sticks, crayons, paper of all colors, cereal boxes and colored paper.

“The component we’ve homed in on is we definitely have a creative bent to it,” Carr said. “It’s not so much whole items, but stuff that would naturally go into the trash.”

Some items have no further use, however, and that’s why Carr and Hanna want do the gatekeeping and refining.

JH Reuse doesn’t need yogurt cups, for example, or those clamshell boxes that berries come in.

“We don’t want them, and there’s nobody in the community doing arts projects that need them,” Carr said. “We can have that educated conversation.”

“That’s where we tie back into ‘zero waste’ ideology,” Hanna said. “When you’re in the grocery store purchasing, we’re excited to have you know that.”

JH Reuse is being brought under the umbrella of the Riverwind Foundation, a nonprofit focused on sustainability, through a “fiscal sponsorship.” That will give it some fire power for future endeavors.

Tim O’Donoghue, Riverwind’s executive director, said that when the sponsorship is finalized, JH Reuse will be able to fundraise through grants and donations received by Riverwind Foundation that are earmarked for JH Reuse’s nonprofit activities.

Both organizations are focused on promoting wise waste management, he said, and supporting Teton County Integrated Solid Waste and Recycling’s goal of diverting 60% of trash from the landfill by 2030.

These days Carr and Hanna are storing donated items at their homes. They can see someday having a retail location where people could drop items off or come in and browse. They envision hosting artists and classes, teaching people things like how to make tic-tac-toe boards and other games out of cereal boxes.

“We plan to put a few good ideas out there for people when we think of them and make people look at their stuff differently,” Carr said.

“There’s lots of ideas for how this could evolve in the future.”  

How to get involved

Let them know about what you have so they can make an appointment to pick your stuff up and they'll try to respond within two to three business days.

You can find an inventory form and pictures of desired reusables at JHReuse.com. Interested in picking up items from JH Reuse? You'll find the same info helpful.