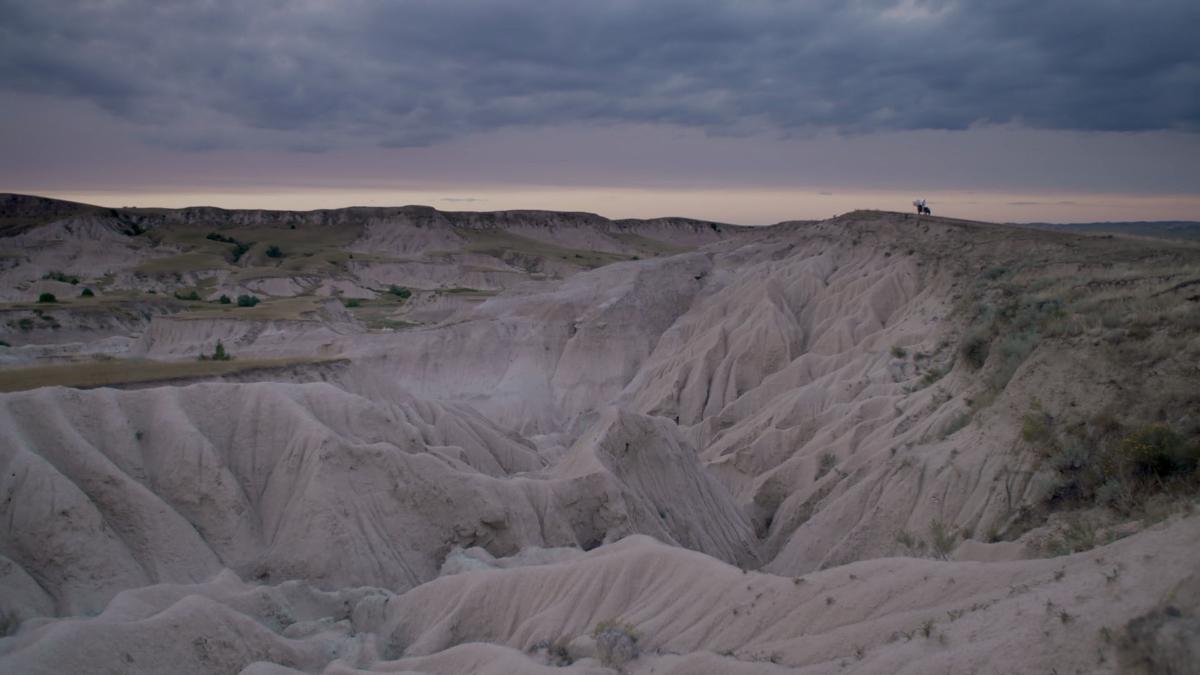 In "Prophecy of the Encounter," Maier places the enigmatic intergalactic "Spacerider" character in the midst of a Lakota creation legend. The film was shot on the Pine Ridge Indian Reservation in South Dakota. 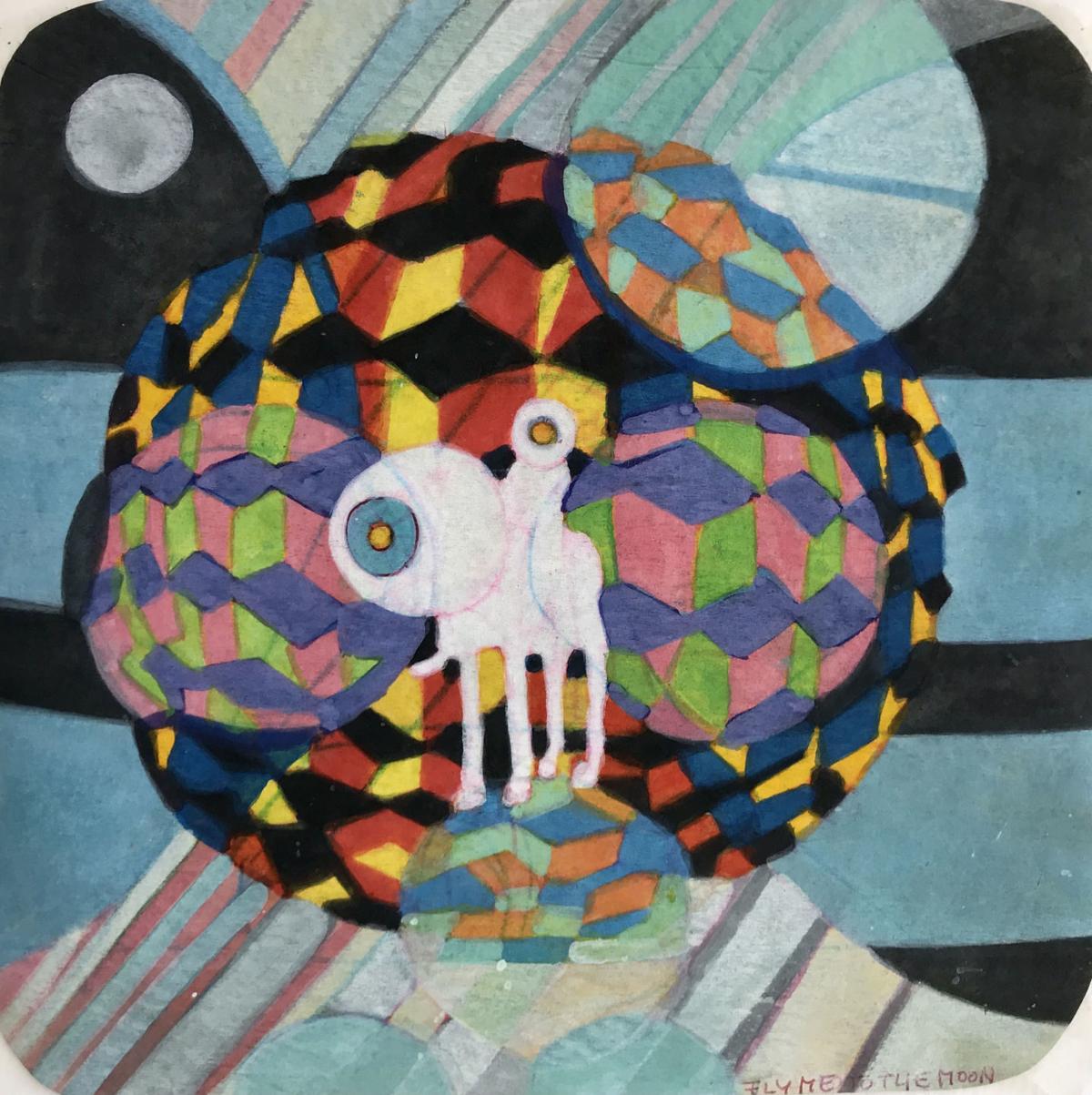 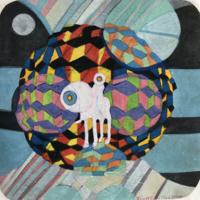 Maier works in photography, 3-D animation, performance and filmmaking. Her paintings reside in permanent collections at the Museum of Modern Art in New York and the Museum der bildenden Kuenste Leipzig in Germany.

In “Spacerider: The Map is not the Territory,” multimedia-performance artist Ati Maier explores themes of Western expansion, pioneering exploration and the commodification of space travel. The mostly plotless film is the first in a cycle that is available to view by appointment at the home of curator-collector Camille Obering.

Like any other science fiction buff, Ati Maier has dreamed of travelling through the cosmos since she was a kid.

Now, there’s a chance she might actually do it. This spring, Japanese billionaire entrepreneur Yusaku Maezawa announced he would accept applications from artists around the world for eight open spots on the SpaceX flight he has chartered to circumnavigate the moon in December 2023. Maier jumped at the opportunity, and she has made it to the second round of selection.

Artistically, Maier has already travelled through space on numerous occasions. Her recent work includes a series of experimental films that follow her intergalactic alter ego, the Spacerider. Each film features Maier atop a speckled steed, with both rider and horse wearing large, white geometric helmets.

There is nearly no exposition or dialogue in the films, but the series is rich in recurring motifs. Always, the mysterious character wanders through a foreign area and plants a tattered flag — a depiction of characted laid over a blanket of stars.

“The Spacerider is an astronaut or an alien on a horse, the first ever means of transportation,” Maier said. “But he can travel anywhere.”

Maier has a longstanding friendship with Jackson contemporary curator Camille Obering. In 2017, Obering included her in the exhibit “Observatories” at the Center for the Arts. Those who were around that summer might remember Maier, in full Spacerider regalia, tracing the shape of the Apollo 11 moon walk around the Jackson Hole Rodeo Grounds in a one-off performance.

Now, Obering has brought the helmet-wearing horseman to the Tetons once again. The “Spacerider” series, along with a number of Maier’s latest drawings, are available to view by appointment at Obering’s home/art space.

Obering created the exhibition space in her home in 2019 with the intention of displaying and sharing art there, but she is quick to point out that it is not a gallery. Because she is not looking to make a profit from showing art, she does little to advertiser her space. Instead, she hopes that the people who seek it out will be self-selecting — curious and thoughtful art lovers.

“If you come over, it will be me opening the door and welcoming you into the space,” she said. “The idea is to engage in conversations about the art, rather than you walking in and me sitting behind a desk.”

The work displayed is far from the wildlife sculptures and bucolic oil paintings that characterize the valley’s art scene. Past exhibits have included minimalist sculptures on the theme of colonialism, a mixed-media meditation on the commodification of wilderness, and “Photosymphony: A Live Plant Orchestra.” A recent Artsy.com article dubbed Obering, valley artist Matthew Day Jackson and Holiday Forever owner Andy Kincaid “Jackson Hole’s contemporary art triumvirate.”

The “Spacerider’’ cycle definitely fit the bill. Eschewing the world-building tendencies of sci-fi, Maier chooses to leave the logistics of the Spacerider’s journey ambiguous. The character moves carefully and unobtrusively through culturally loaded landscapes, from the Pine Ridge Reservation in South Dakota to Times Square.

The closest thing to a backstory, and the only easily discernible dialogue in the series, is a Lakota legend heard over “Spacerider 3 — Prophecy of the Encounter.” While the Spacerider communes with modern Lakota tribe members on horseback, the voice of Charley NewHoly explains, “A long time ago our people came from the stars.”

Later, horses are brought into the legend: “The horse is sacred. The four legs represent the four directions. The mane represents the people.”

Perhaps even more significant are the words printed on the T-shirt of a Lakota girl the Spacerider befriends in the film: “I was born to sparkle.”

“I did not tell them what to wear,” Maier said. “It turned out that I had an immediate connection with this girl.”

Although the shirt slipped into the Spacerider’s universe by accident, it is a motto that befits the enigmatic character. The Spacerider does not alter or interact with any of the places he passes through. Instead, he struts around performatively and plants a flag. He was born to (travel the multiverse and) sparkle.

“The Spacerider is an observer, not a conqueror,” Maier said. “I want to show the viewer a mirror back at humanity.”

Because of this observational style, the setting of each film becomes its centerpiece. In “Spacerider — The Nearest Faraway Place,” the character traces the line of the former Berlin Wall. A statue of the Roman god Victoria riding into battle provides juxtaposition. The character’s walk through Germany ends in the dilapidated, orb-like buildings of a former U.S. listening station that was used to intercept radio communications during the cold war.

Though it’s hard to distinguish over the static, the scene is narrated by the voice of Maier’s mother. She is recalling memories from being a teenager in early cold war era Germany.

Maier has spent most of her life in Germany and New York, but the character of the Spacerider was born in Wyoming. Maier, who grew up training for dressage competitions, had long been fascinated with the cowboy culture of the American West. Friends in New York connected her with an artist who owned property in Cody, and she travelled to his ranch to explore the wide-open landscape on horseback.

During the evenings, she became increasingly absorbed in reading about two seemingly unrelated topics: the history of European settlement in the American West, and the plight of Curiosity, the NASA rover that had recently landed on the surface of Mars.

The Spacerider character was born at the intersection of these two ideas: manifest destiny and exploration of the unknown. With each film, Maier expanded these concepts into new territory.

Maier’s most recent addition to the series was once again set in Wyoming. During her 2017 performance at the rodeo grounds, a film crew followed along. Maier edited their footage along with original footage of the 2017 solar eclipse to create “Spacerider — The Hole.” Obering’s partner, Ben Musser, aka Benyaro, provided an ambient soundtrack with a Western twang. Obering’s exhibition is the de facto premiere for the film.

For an appointment to view Maier’s Spacerider films and other art, contact Obering at camilleobering@gmail.com.