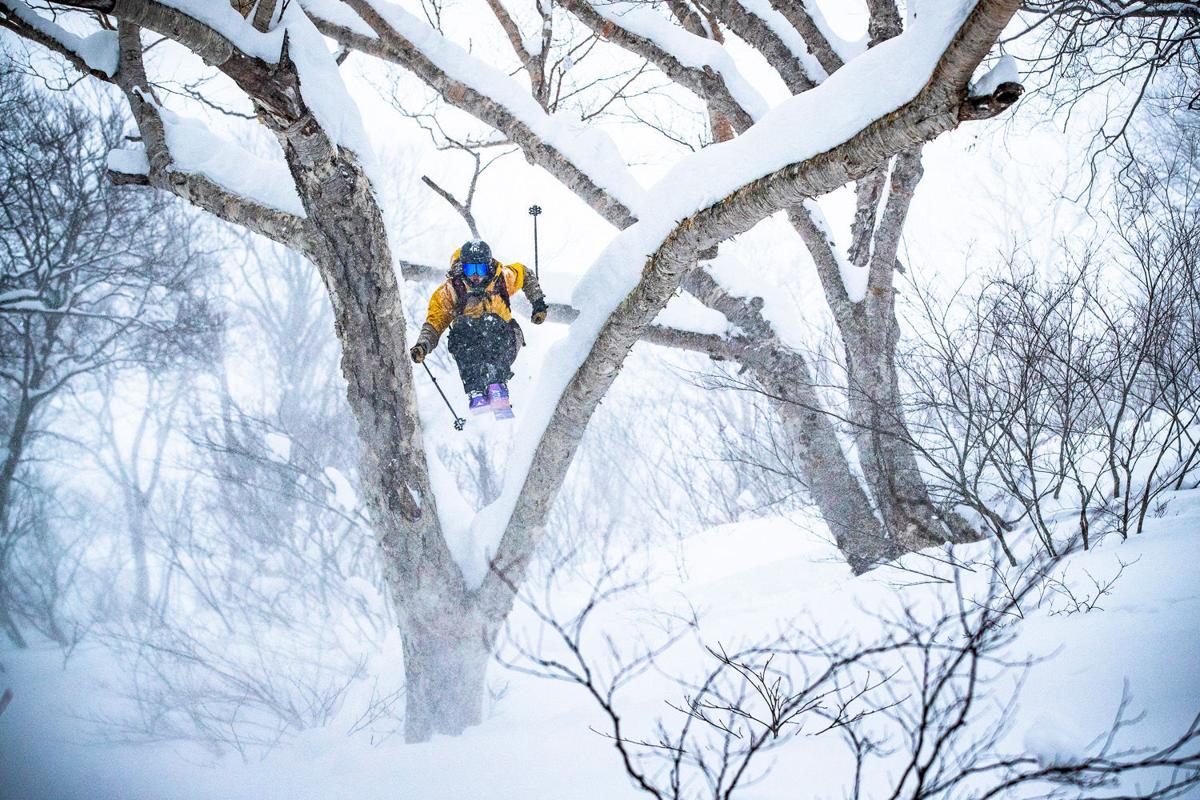 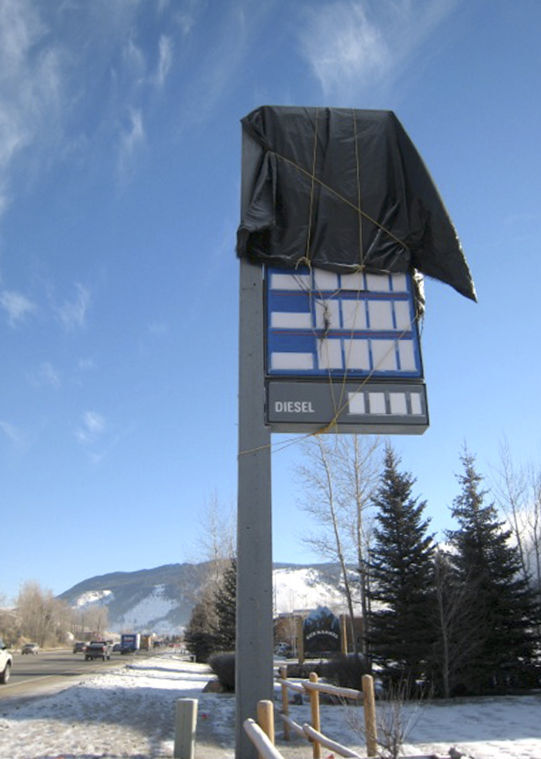 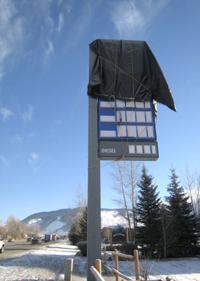 An abandoned gas station sign on Broadway transformed into ArtSpot by Jackson artist Bland Hoke 11-some years ago was later moved to the corner of Karns Meadow Drive and Broadway. The display platform for local artists now has a new home across the street. Jackson native Josue Zarate is creating the first large-scale painting for the reopened ArtSpot.

An abandoned gas station sign on Broadway transformed into ArtSpot by Jackson artist Bland Hoke 11-some years ago was later moved to the corner of Karns Meadow Drive and Broadway. The display platform for local artists now has a new home across the street. Jackson native Josue Zarate is creating the first large-scale painting for the reopened ArtSpot.

Nonprofit Vista 360° shows how sustainability can be beautiful by turning on the switch on its new solar mural project.

Imagine a mural powered by the sun. The solar mural will combine the work of a local artist with solar energy generation that will help light a public facility.

With the advent of solar-panel customization technology, it is now possible to create solar panel artwork that captures the spirit of the community as well as sunlight.

Candra Day, president of Vista 360°, said the organization is proud to partner with Land Art Generator, an award-winning organization that works internationally to pioneer the intersection between art and renewable energy.

Land Art Generator provides a platform to bring forward solutions for sustainable energy infrastructures that reflect culture and enhance the community as works of public art. Its goal is to work with planners, developers and communities that are seeking to increase clean energy systems in ways that engage the public, beautify public places and inspire a more rapid energy transition. It will be helping Vista 360° design this new program for Teton County.

A community design process is beginning this month to design and build the solar mural, which is to be completed and installed by early next summer. For information about how to get involved as an artist, designer or solar energy advocate, contact canday@wyoming.com.

Jackson Hole Public Art’s ArtSpot is back with a message of hope for the community.

The ArtSpot, both sculpture and rotating art venue, was removed from its original spot near the corner of Broadway and Karns Meadow Drive last fall for repairs and found a new home this summer just across the street. Public Art is grateful for the Karns family and Jackson Hole, which with more than 75 Kickstarter backers and the support of Jorgensen Engineering and Westwood Construction, banded together to ensure a future for this long-standing, highly visible art installation.

The ArtSpot is a project of Jackson Hole Public Art, which invites local artists to create site-specific installations that inspire moments of discovery and joy for the more than 30,000 people who drive, bike and walk by.

This fall the ArtSpot will convey messages of hope, community and togetherness created by emerging artists mentored by established local artists. Jackson native Josue Zarate is creating the first large-scale painting for the reopened ArtSpot.

“A public art project is certainly something I’ve been wanting to do,” Zarate said. “The unexpected was definitely the source of excitement and drive behind this piece. The inspiration for this, as is for most of my work, is the heart of this valley.”

Receiving an ArtSpot commission propels the visibility of artists beyond the walls of their studios. Past memorable installations have including “Charlie Brown’s Sweater” by Suzanne Morlock, colorful glass tiles by John Frechette, gunpowder drawings by Danny Shervin, ravens and rocking boats.

The deadline is nigh to grab a table for this year’s virtual Jackson Hole Ski and Snowboard Club Black Tie, Blue Jeans Ski Ball, set for 7 p.m. Sept. 24.

The venerable local nonprofit invites one and all to celebrate the coming winter and celebrate the 500 area student-athletes who participate in Ski Club activities by reserving a “virtual table” by Monday.

Virtual tables include one meal per person from Genevieve Catering, two beers per person at your “table” from sponsor Melvin Brewing, one limited-edition Ski Club face tube from Avalon7 per person, your business’s logo or your family’s name on screen during the live Ski Ball broadcast, verbal sponsor recognition during the live broadcast and recognition in the post-Ski Ball thank you ad.

Tables are available for a minimum of four people. Host your table at one central location or from separate locations to follow the Center for Disease Control and Prevention’s COVID-19 safety guidelines.

For complete details on the event and to register, visit JHSkiClub.org/skiball.

Have you been dreaming of floating through light, fluffy powder, accompanied only by the sounds your heart beating in your ears and the rush of cool winter air past your ears?

Well, you won’t have to make believe for much longer: The 2020-21 winter sports season is coming fast.

In the meantime you can get in the mood with Teton Gravity Research’s latest ski flick, “Make Believe,” which makes its world premiere at 8 p.m. Saturday at The Spud Drive-in Theatre in Driggs, Idaho.

“‘Make Believe’ is whatever your wildest imagination can dream up,” TGR co-founder Steve Jones said in press material. “It’s an unwavering commitment to that dream in order to make it reality. Ultimately it has been in the works for 25 years. Realizing all-time conditions in almost every location this past season, ‘Make Believe’ showcases some of the most progressive athletes and riding on the planet.”

“We are pumped to kick off winter with innovative worldwide screenings at locations such as drive-ins, outdoor pop-up theaters, private screenings and more,” Jones said.

Admission costs $40 per vehicle for the first two people and another $5 for each additional passenger.

For information and tickets to the outdoor pre-ski fest, visit TetonGravity.com/films/make-believe/tour.

Jackson Hole Community Pathways announced earlier this month the selection of artist Marco Miller to create a large mural for the Path 22 underpass.

The highly trafficked underpass, located near the intersection of Highways 22 and 390 (Teton Village Road), is currently a blank slate. It sees commuters and recreationists traveling between Jackson, Wilson and Teton Village, with people coming and going to Rendezvous Park and the nearby Snake River.

Miller was selected by members of the Public Art and Pathways Task Force groups from a diverse field of artist applicants. His mural, titled “Cruising Critters,” is expected to be installed this month.

Miller is a first-generation Mexican American experiential/creative event producer, fabrication designer and fine artist from Chicago and is currently based in Jackson. Over the past decade, he has created murals across the country, from Los Angeles to New York City, and collaborated with international and local businesses on content and events.

A former bike messenger in Chicago, Miller said his Path 22 mural is meant to inspire alternative transportation and pathway usage. He logs hundreds of miles a week on Teton County pathways, transporting his art supplies via bike and traversing the valley to and from work on a daily basis.

“Cruising Critters” will depict regional fauna on bicycles of all sizes and will be mirrored on both sides of the pathway.

The 4-mile Path 22, completed in 2016, unites the west and east sides of the valley and forms the backbone of the Teton County pathway system. It connects the town of Jackson and surrounding areas on the east side of the Snake River to destinations on the West Bank, including Teton Village, the town of Wilson and Teton Pass via the Snake River pathway bridge.

Email information about events to entertainment@jhnewsandguide.com or call 732-7078.