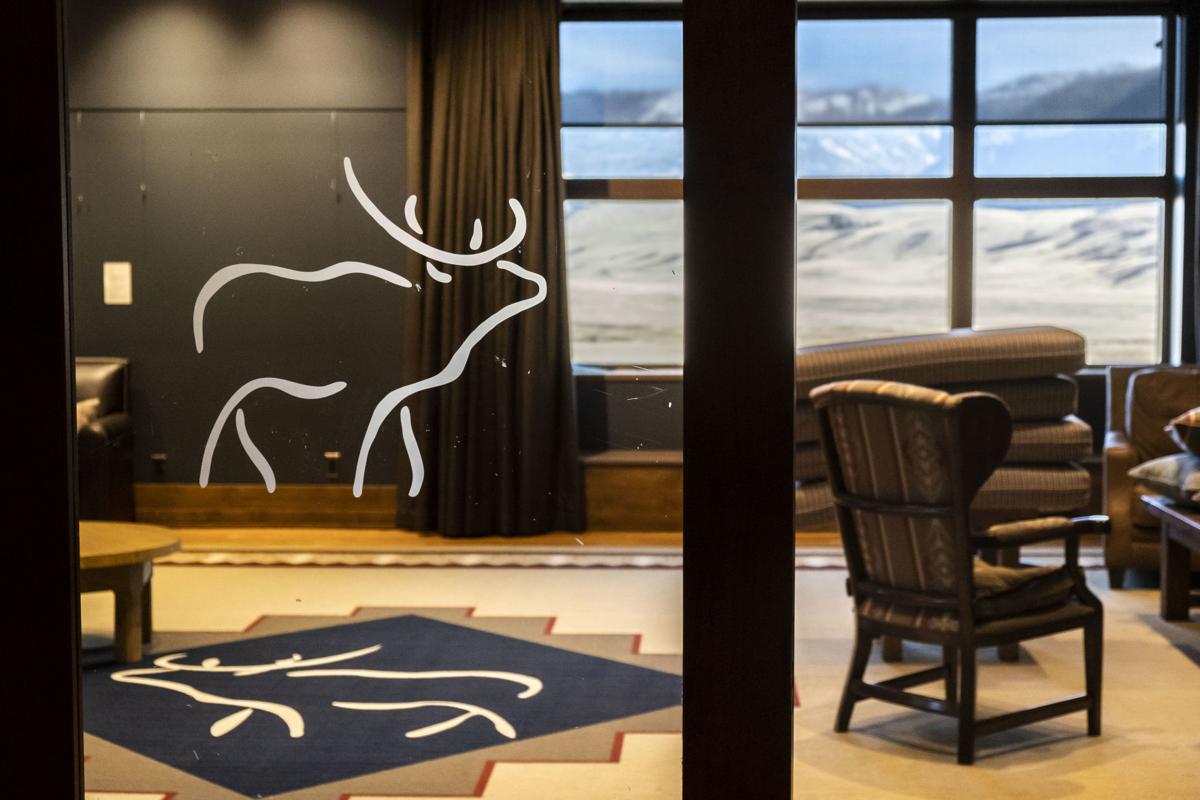 Updated furniture and a custom-branded rug are new additions to the National Museum of Wildlife Art Members’ Lounge, along with visible storage to showcase some of the museum’s sculpture collection. 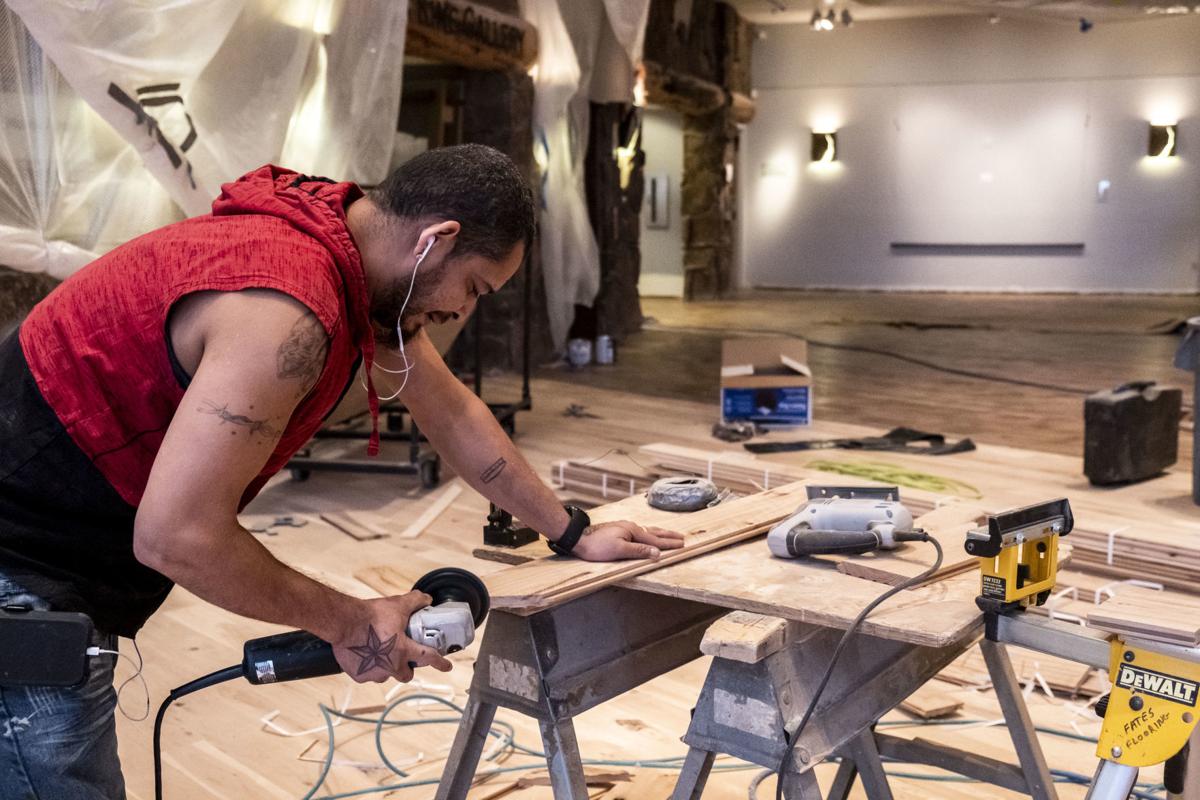 Fred Gongora trims a piece of flooring while working on the renovation of the Pike and Susan Sullivan Hall at the National Museum of Wildlife Art. The sandstone has been ripped up and is being replaced by rough, saw-cut hickory. The museum is expected to reopen Dec. 1.

Updated furniture and a custom-branded rug are new additions to the National Museum of Wildlife Art Members’ Lounge, along with visible storage to showcase some of the museum’s sculpture collection.

Fred Gongora trims a piece of flooring while working on the renovation of the Pike and Susan Sullivan Hall at the National Museum of Wildlife Art. The sandstone has been ripped up and is being replaced by rough, saw-cut hickory. The museum is expected to reopen Dec. 1.

It was a Thursday afternoon and Swamp Donkey had made its way into the restaurant.

T.D. Kelsey’s massive sculpture of a bull moose feasting on aquatic vegetation hadn’t walked into Palate at the National Museum of Wildlife Art. It had been moved. A major renovation was underway in the Pike and Susan Sullivan Hall, the sculpture’s home in the museum entrance.

Walking through the restaurant, which was tarped from the south entrance, providing a buffer between its furnishings and the work dust beyond, Museum Director Steve Seamons explained the reason for the renovation as enhancing the “visitor experience.”

The ongoing upgrades to the museum have happened in two phases.

First, there was what Seamons called phase one: a more or less under-the-radar renovation of the Members’ Lounge, conference rooms and bathrooms throughout the summer. Visitors might not have known that was happening because the museum didn’t have to close.

For phase two, the museum has been closed since Oct. 22, when it shut its doors to rip up the Arizona sandstone that’s floored Sullivan Hall since the museum opened in its current location in 1994.

That something entailed hiring a contractor, Auferderheide Construction Management, to remove the 2 or so inches of rock and subflooring and put down rough, saw-cut hickory. The Wapiti Gallery, which was home to this year’s “Somos de Aqui” exhibit, is getting a similar treatment.

“It has more of a cabin-y feel,” Seamons said. “It’s warmer; it’ll be much easier on people’s legs.”

The museum’s renovation is at least its third since it started calling East Gros Ventre Butte home. It renovated the space for Palate three years ago. About seven years earlier the museum underwent a different build, installing the sculpture trail outside and replacing all of the rock on the exterior of the building.

If that sounds like a big undertaking, it was.

The museum replaced between 900,000 and a million pounds of exterior Arizona sandstone all in one summer, Seamons said. The reason was to better insulate the museum against seismic activity and the seasonal freeze-thaw cycle.

Most of that sandstone was carted off, as much of the sandstone from the Sullivan Hall renovation has been. Some from the ongoing projecct was saved, particularly pieces inlaid with bear, mountain lion and coyote tracks. The museum kept a few of those pieces to give to some of its founders.

The museum is scheduled to reopen Dec. 1, when it plans to host one of its monthly First Sundays, a day of free admission for residents of Teton County. There’s work to be done in the meantime, though: Crews must finish sanding the floors, taking down protective tarps and generally getting everything back to normal.

At the end of it all Swamp Donkey will move from its vacation spot in Palate to its new, refurbished home in Sullivan Hall.