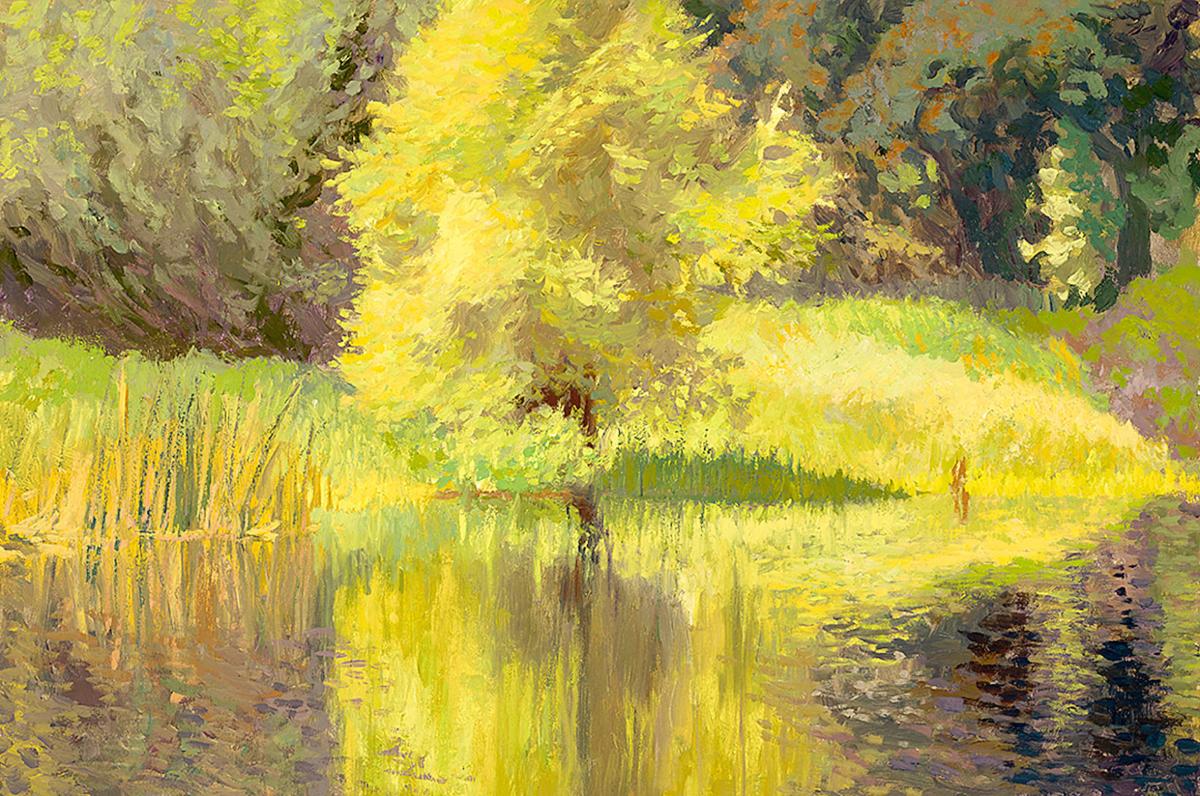 “Pond Series No. 59” is part of a series of 61 pieces that artist Adam Wolpert painted over the last year. The series is all of the same scene, but it transforms with time and Wolpert’s style. 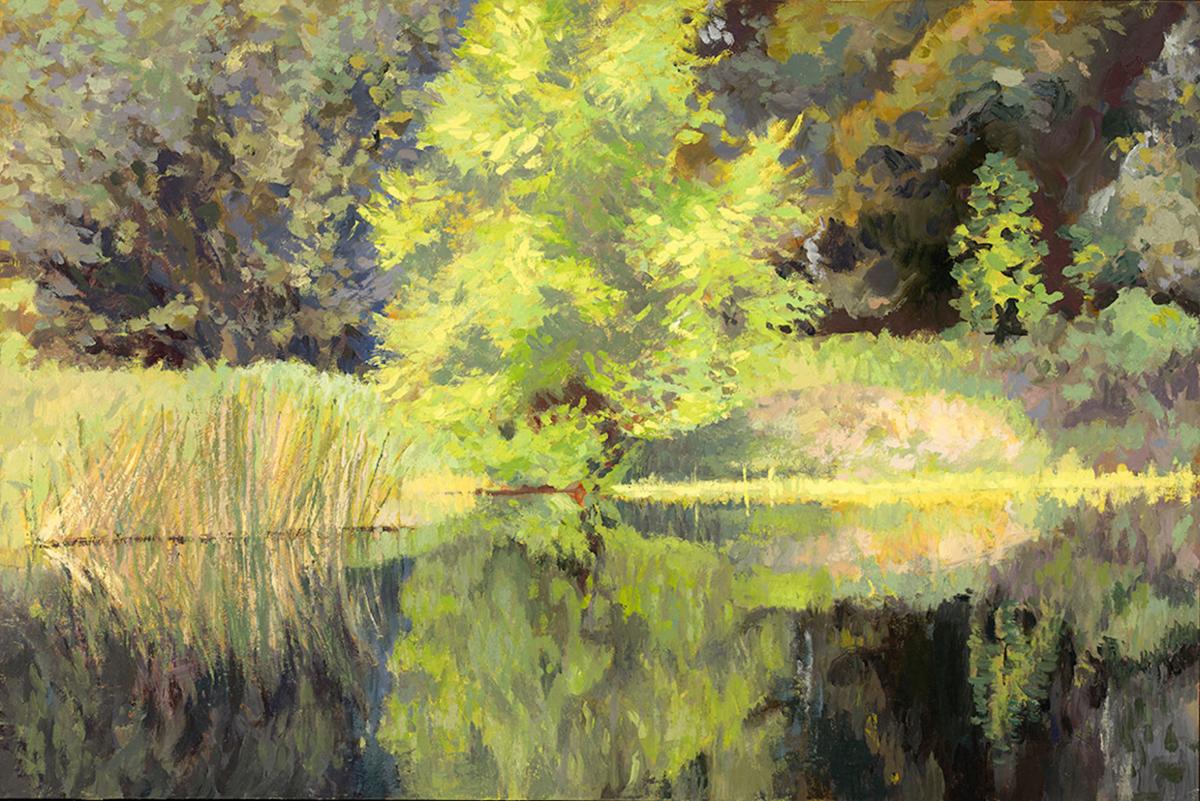 Wolpert wanted to challenge himself with the series, which involved painting the same scene repeatedly. This is “Pond Series #58.”

“Pond Series No. 59” is part of a series of 61 pieces that artist Adam Wolpert painted over the last year. The series is all of the same scene, but it transforms with time and Wolpert’s style.

Wolpert wanted to challenge himself with the series, which involved painting the same scene repeatedly. This is “Pond Series #58.”

California painter Adam Wolpert was worried that painting the same scene consistently for a year would be nothing short of monotonous.

What resulted in the end, however, was a pleasant surprise for the artist, who learned to use the limitations to explore new forms. The result of the yearlong experiment is Wolpert’s “Pond Series” collection, which currently hangs in the Center for the Arts conference room.

At first glance the 61 paintings in the series are subtle variations of the same scene. Bright fiery orange, yellow and green canopies of leaves are gently reflected in the contrasting watery, purple hues of the pond. Much like the painter’s own metamorphoses, however, the paintings also undergo their own powerful evolution as they build over time into a meditation on nature.

That’s the point, Wolpert said, as he strived to capture the extraordinary beauty in an ordinary scene as he looked inward and pushed his own boundaries.

“I wanted to paint something local and ordinary, something near my home,” he said.

The pond, he said, was a comfortable place he frequently visited with his daughter.

The irony of finding his creative inspiration so close to home is not lost on Wolpert, who has spent years exhaustively searching for spectacular and new subjects to paint.

He wasn’t expecting much.

“I thought I would get bored or frustrated or would feel terribly imprisoned,” he said.

Eventually Wolpert’s view shifted as the landscape took new shape. No longer was he merely painting what he saw on the outside but, instead, began to feel the shift within.

“I found the real subject was its inner landscape,” he said, “and the way that I perceived it freed up the way I began to paint.”

In other words, it was his perception — his own biorhythms and inner workings — that affected the way he envisioned the otherwise ordinary scene. Instead of looking at it solely head on, he found it took on a totally new form, which opened up new forms of expression.

“The more I was forced to look at the same thing, the more it made me fully present,” he said.

Wolpert realized he had debunked the myth that repetition was boring.

“The opposite was true as I found myself engaging and discovering something fresh and new,” he said.

Being present and looking within were concepts that for years he had been preaching as a teacher at the Occidental Arts and Ecology Center, which he co-founded.

“Intellectually I was aware of the concept but had no idea what it actually meant in practice,” he said.

The painter will be on hand for a lecture and question-and-answer session at noon Friday in the conference room at the Center for the Arts. He will also attend the opening at 5 p.m. that day.

The exhibit opening coincides with the opening of Katy Ann Fox’s “Hit Pause” exhibit just down the hall from the conference room in the Center Theater gallery (see page 6).

Carrie Richer, creatives initiatives coordinator for the Center for the Arts, said the two exhibits work well together.

Doing the pond series taught Wolpert the beauty in simplicity and ordinary things — another big takeaway from the experiment.

“It gets you off the hamster wheel of novelty,” he said.

“It’s exhausting and depleting to continually be looking for something new and exciting.”  

Conference room, Center for the Arts