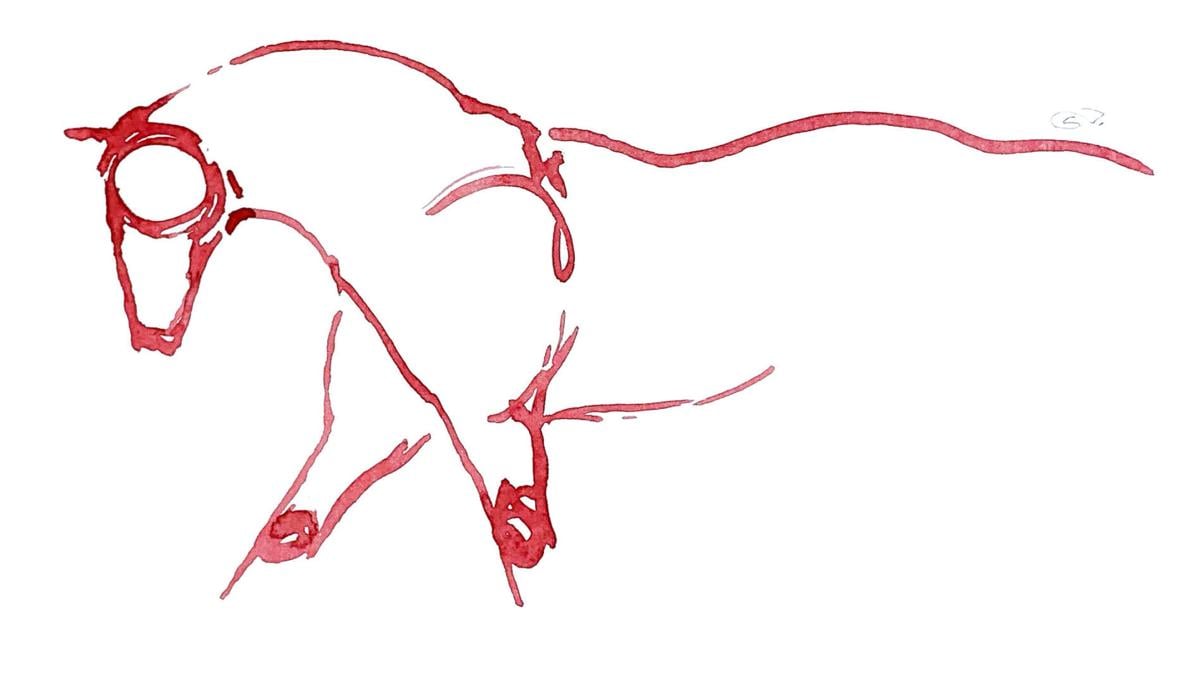 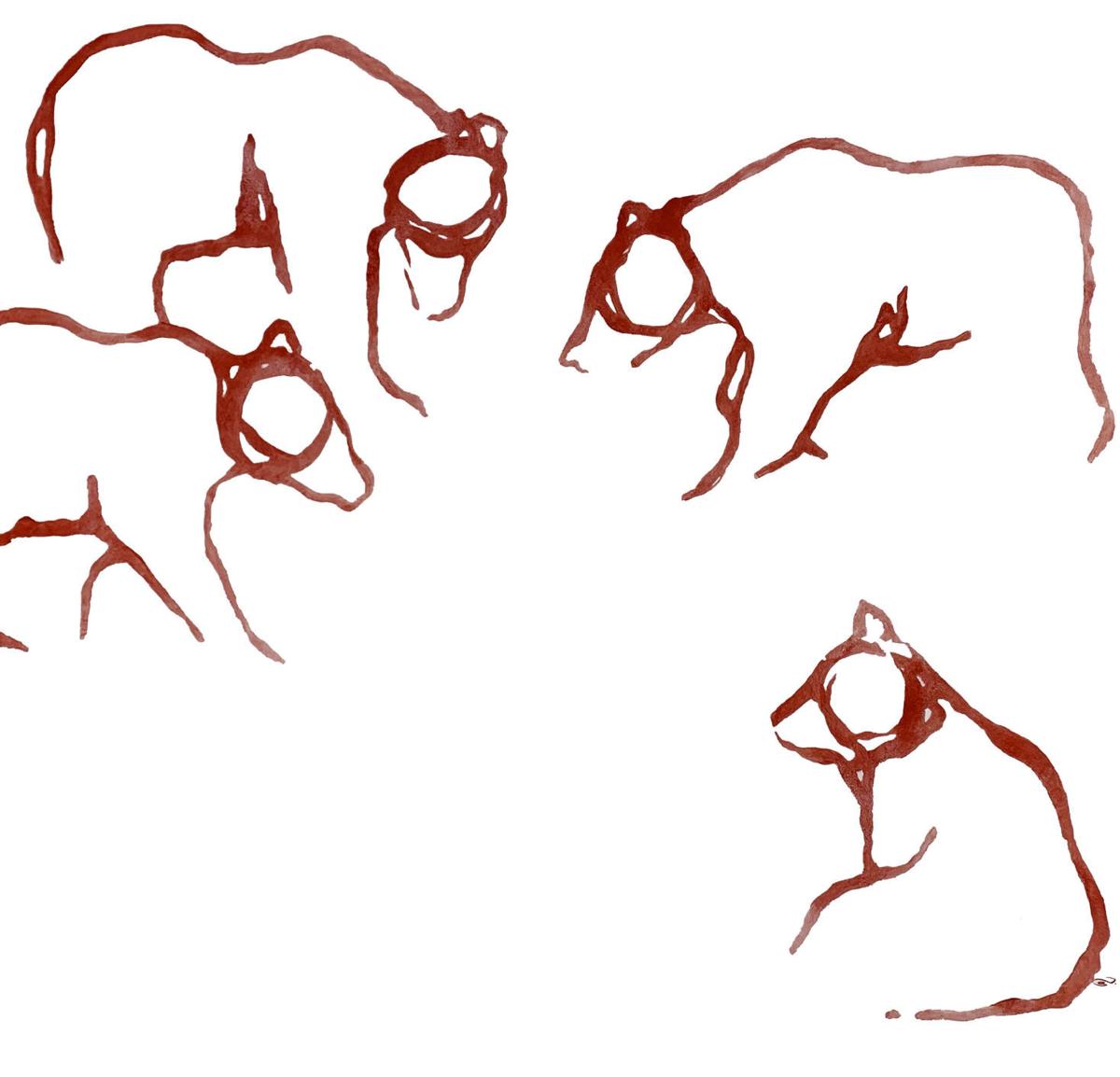 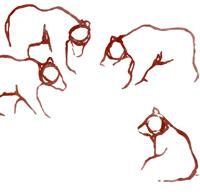 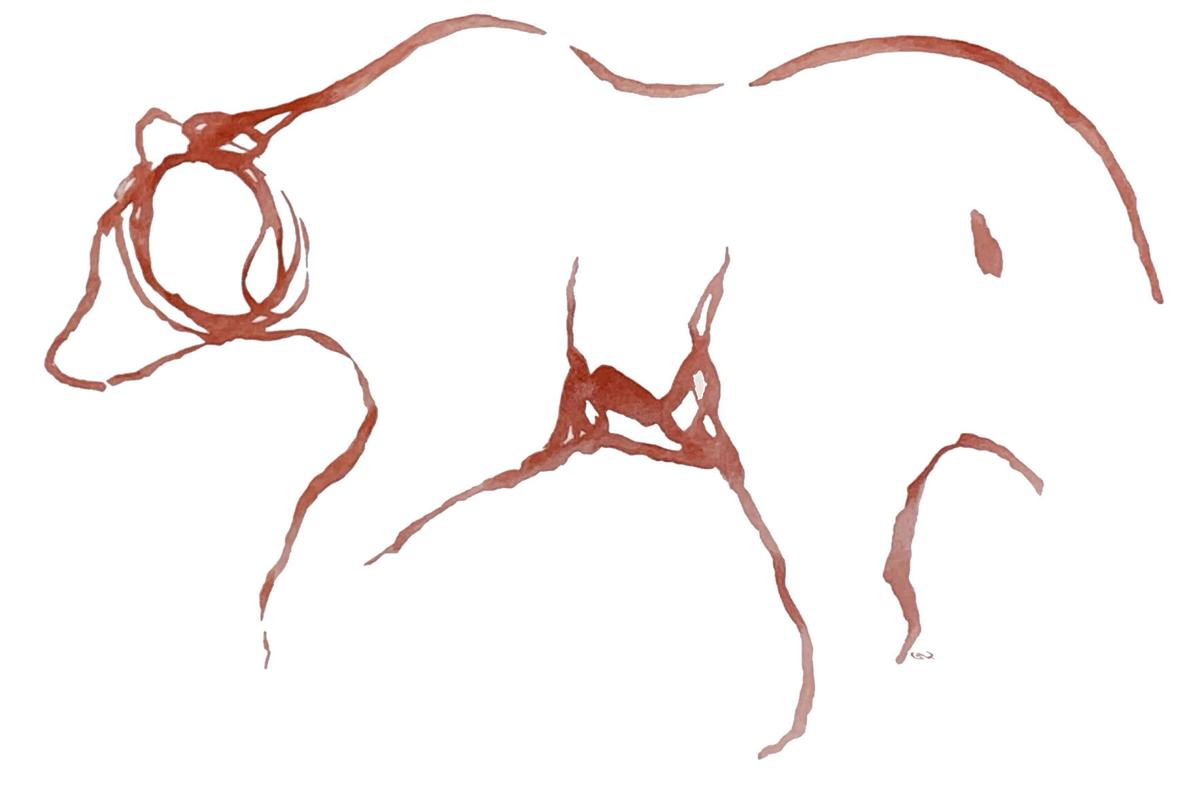 Through the hardships, uncertainty and isolation of 2020, many found solace in nature.

“I think we’re at a pivotal point with the pandemic, where people are very hopeful,” Vhay said. “And I like the idea of this exhibition inspiring the lighter side of moving forward.”

Vhay’s majestic red bears and horses — rendered with only a few brushstrokes but nonetheless full of shape and mass and life — are symbolically connected to the resilience and spirit many needed to endure the difficulties of 2020.

On the other hand the paintings have a more lighthearted, personal meaning to the artist.

“To me these works are about energy, power, joy and play,” Vhay said. “So I feel like they encompass the more serious aspects of existence and also the more light and playful aspects.”

“Classics in Cadmium” is a collection that stands out from Vhay’s more detailed, exact and muted work.

“These are more gestural and abstract, and more free and playful than my traditional oil paintings,” she said.

The artist has been creating her red horses and bears series for over a decade. “Cadmium” is the name of the red paint she uses, to which she adds a touch of viridian green to deepen the hue.

Other than those two colors — and of course a canvas — much of the rest is technique.

To accurately convey an animal’s movements and to master the negative space of the canvas, Vhay said she needs to enter a quiet and contemplative state. The minimalism of the work requires concentration and relaxation, which even a messy studio can disturb. She has adopted the focused, “Zen-like” mentality from sumi-e painters, who convey reality in simple, light brushstrokes using black ink and water. Vhay was exposed to the East Asian painting technique at a young age.

“When I grew up there was a painter who was a good friend of my grandmother’s named Craig Shepard,” she said. “He studied Japanese brush painting, and he loved horses. So I think he was a strong influence for sure.”

While Vhay’s series began with horses — the number of her red horses now surpasses 120 — bears joined the collection around four years ago. A friend wanted a painting of a red bear, and when Vhay indulged the request her fascination with the ursine creatures blossomed.

“Not all animals’ shapes lend themselves to this type of expression,” Vhay said. “But the bears have the mass and gestures that work really well with these red line paintings.”

And since bears are beloved in Jackson Hole, Vhay’s show includes two paintings featuring Grizzly 399’s four cubs. Both works are on the larger side, at 48 by 48 inches, but represent similar themes of optimism during a time when many needed hope.

“I just love that those bears captured all of our hearts during a challenging summer, and they brought everybody so much joy,” Vhay said. “Not only is it special for 399 to have four cubs at her age, but her timing really was wonderful for everybody.”

Vhay’s red line paintings will be available for viewing from Feb. 8 through Feb. 20 during Altamira Fine Art’s normal business hours. The artist will also be at the gallery from 4 p.m. to 6:30 p.m. Feb. 13.  

‘Classics in Cadmium’ by September Vhay