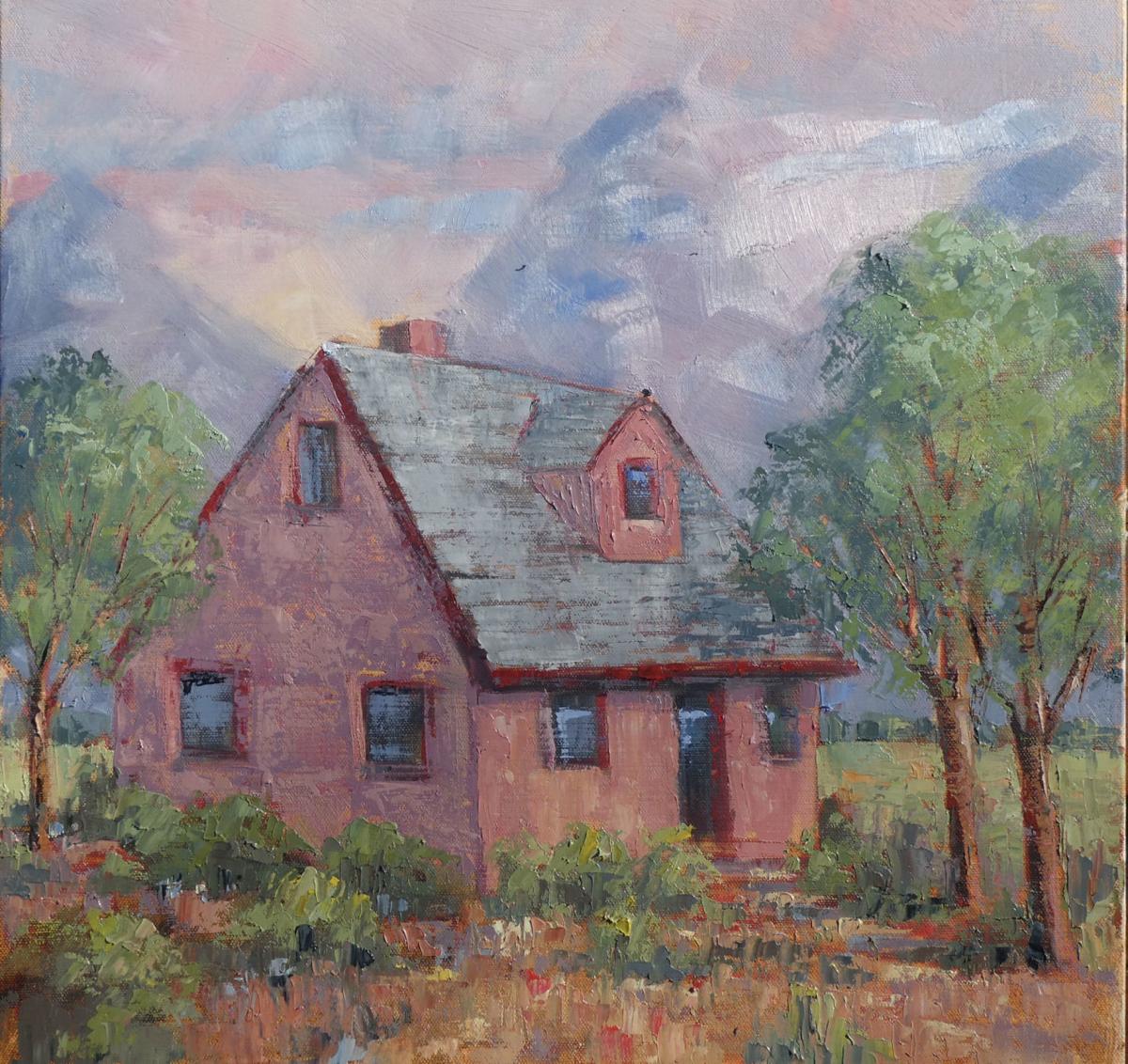 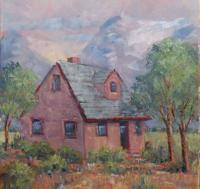 For the Art Association of Jackson Hole’s annual “WhoDunnit” exhibition, amateur and professional artists can submit canvases to be auctioned off in support of the association. For 6-by 6-inch and 12-by 12-inch canvases, attendees can put their name on a list in order to have a chance to be randomly selected to purchase the work for $99 and $299 respectively. The 18-by 18-inch works, all created by pros, will be sold via silent auction. 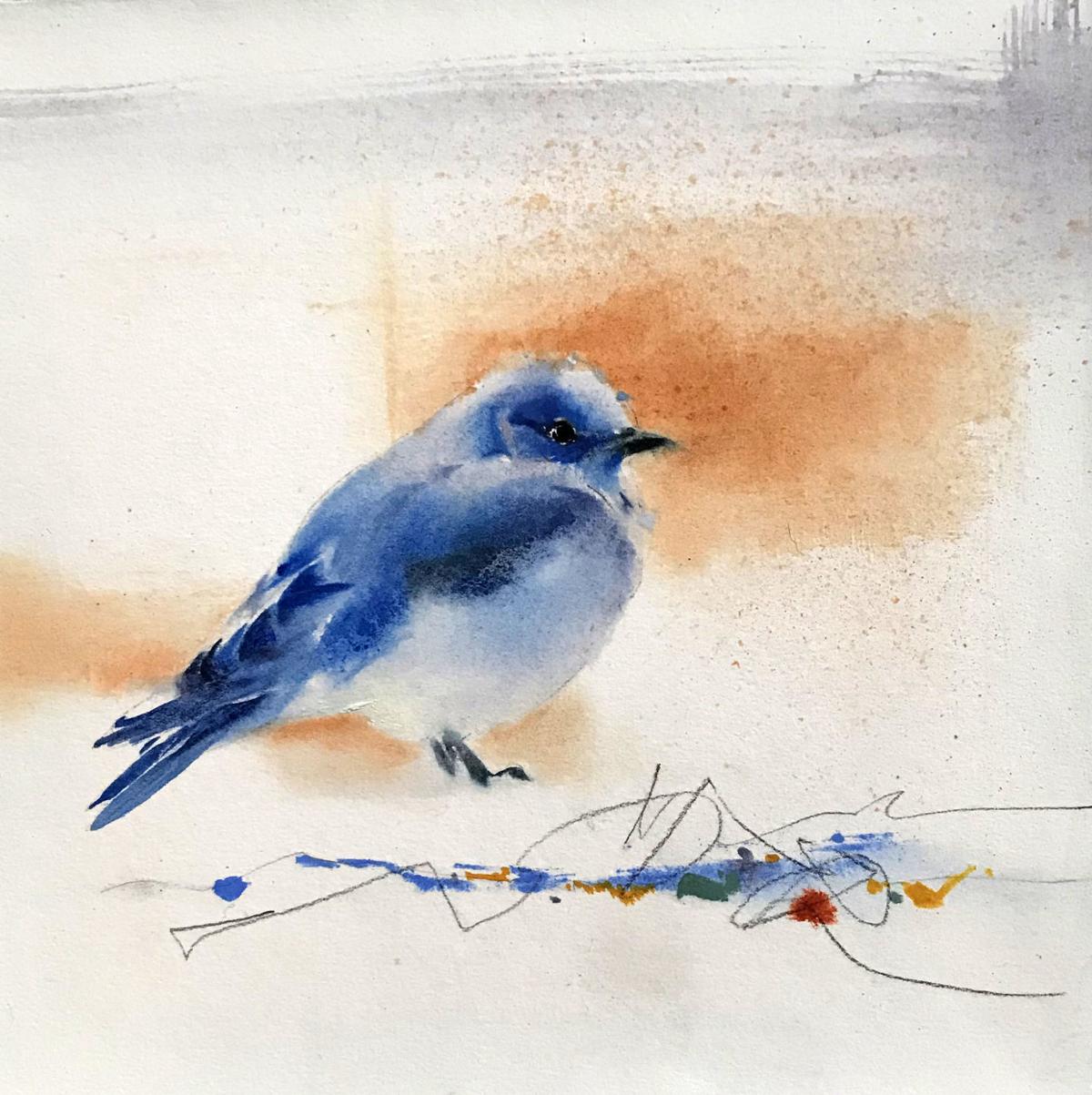 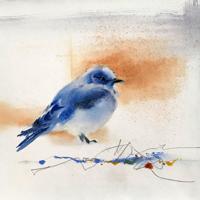 Although some works at the “WhoDunnit?” exhibition might be stylistically idiosyncratic enough so that the artist behind it is clear, others will be harder to guess, especially when an artist has purposefully created something atypical to throw viewers off.

For the Art Association of Jackson Hole’s annual “WhoDunnit” exhibition, amateur and professional artists can submit canvases to be auctioned off in support of the association. For 6-by 6-inch and 12-by 12-inch canvases, attendees can put their name on a list in order to have a chance to be randomly selected to purchase the work for $99 and $299 respectively. The 18-by 18-inch works, all created by pros, will be sold via silent auction.

Although some works at the “WhoDunnit?” exhibition might be stylistically idiosyncratic enough so that the artist behind it is clear, others will be harder to guess, especially when an artist has purposefully created something atypical to throw viewers off.

An artist’s name carries with it the weight of stories and accolades.

For some, the story is memorable for its beauty: Kathryn Mapes Turner grew up inside Grand Teton National Park and now paints the landscapes and wildlife that inspire her.

For others, it’s tumultuous: After “The Starry Night,” Vincent Van Gogh is probably most famous for cutting into his own ear during a psychotic episode.

In the Art Association of Jackson Hole’s annual “WhoDunnit?” art show and sale, one thing is conspicuously missing from each work: the identity of the artist.

The canvases will come in three sizes: 6 by 6 inches, 12 by 12 inches and 18 by 18 inches. The two smaller ones will be a mix of amateur and professional artists. Attendees can put their name on a list for a chance to be randomly selected to purchase the smaller pieces for a set price of $99 or $299, respectively.

The Art Association gave those smaller canvases to anybody in the community who was interested in submitting their work to the show.

“Even if [someone doesn’t] identify as an artist, this is their opportunity to be up there onstage with some of the pros,” said Kelli Reinerston, special events manager for the Art Association.

The 18- by 18-inch canvases were given to a selected cohort of known artists, including John Springer, Turner, Bryan Iguchi, Pamela Gibson, Shannon Marie Schacht, Taryn Boals and Katy Ann Fox. Those works will be sold via silent auction. The auction at “WhoDunnit” is an event revered by art collectors, so much so that some collectors who aren’t able to be there will send proxies to bid for them.

Because the work of local celebrities and amateurs will be mixed together in the show, it will create a unique dynamic where the valuation of a piece is directly correlated to the beholder’s reaction to it.

Fox, who has submitted work to the show every year since she moved to Jackson in 2012, sees it as a way to crowd test new ground.

Even with the larger canvases, some artists subvert their usual subjects and stylistic tendencies to either explore a tangential interest or intentionally throw the attendees off. Springer, who is known for his oil paintings that depict a life of adventure in the valley, did just that this year.

“I definitely took the liberty to do something different where even a friend who knows my work might be like, ‘Huh, that’s weird’ and not immediately guess it was me,” he said.

In addition to well-known artists changing their usual style, there is always the chance that an amateur artist will imitate a more prominent one.

“It’s not like, ‘Oh I totally know that’s a Kathryn Turner.’ Is it? Or is it somebody imitating her?” Hill said.

In a town where artists are often asked to donate their time more frequently than they can undertake, Fox has no qualms about donating her work to “WhoDunnit?” every year.

“It’s easy for me to donate to the Art Association because their mission and their staff are so dedicated to the community,” she said.

In 2019 the association provided 1,457 hours of adult instruction, 1,615 hours of youth instruction and 1,000 hours of education and art therapy for underserved community members, including through programs with C-V Ranch Residential Treatment Facility and City Kids Wilderness Project. Most of those programs are funded in part by fundraising events like “WhoDunnit?”

The association’s credentials aside, there are many benevolent organizations in the valley, and raising money through donated artwork is not uncommon. According to Fox, there is often immense pressure to donate artwork to fundraisers in order to maintain credibility in the local scene, and many of those events provide no compensation to the artists for their time or materials.

Unfortunately, because of an antiquated tax reform law from 1969, artists cannot deduct the value of work that they donate to charity from their taxable income. The result is that artists are put in the position of having to build their reputation in a way that is not economically viable.

“As an artist, handing out stuff for free isn’t ideal because you generally don’t make much money,” Springer said.

This year the association will give a cash honorarium to artists who contribute a large canvas to “Whodunnit?”for the first time during the event’s 13-year history. According to Hill and Reinerston, the honorarium was created specifically to address the issue of artists being exploited by fundraisers.

“We don’t want them to think that we just expect it every year or that we’re taking advantage,” Reinerston said.

Art Association board members hoped that offering honorariums would encourage the nonprofit community to follow suit. If honorariums do end up influencing like-minded organizations, they may be a step toward making art a more economically viable career choice in Jackson.

For artists like Springer and Fox, who rely on their artwork for income, the change is welcome.

“I think that it’s really important to let those who are contributing to your cause benefit as well,” Fox said.  

This story and its sidebar were updated to correct the date of the event, which is Thursday, Feb. 27. —Eds.