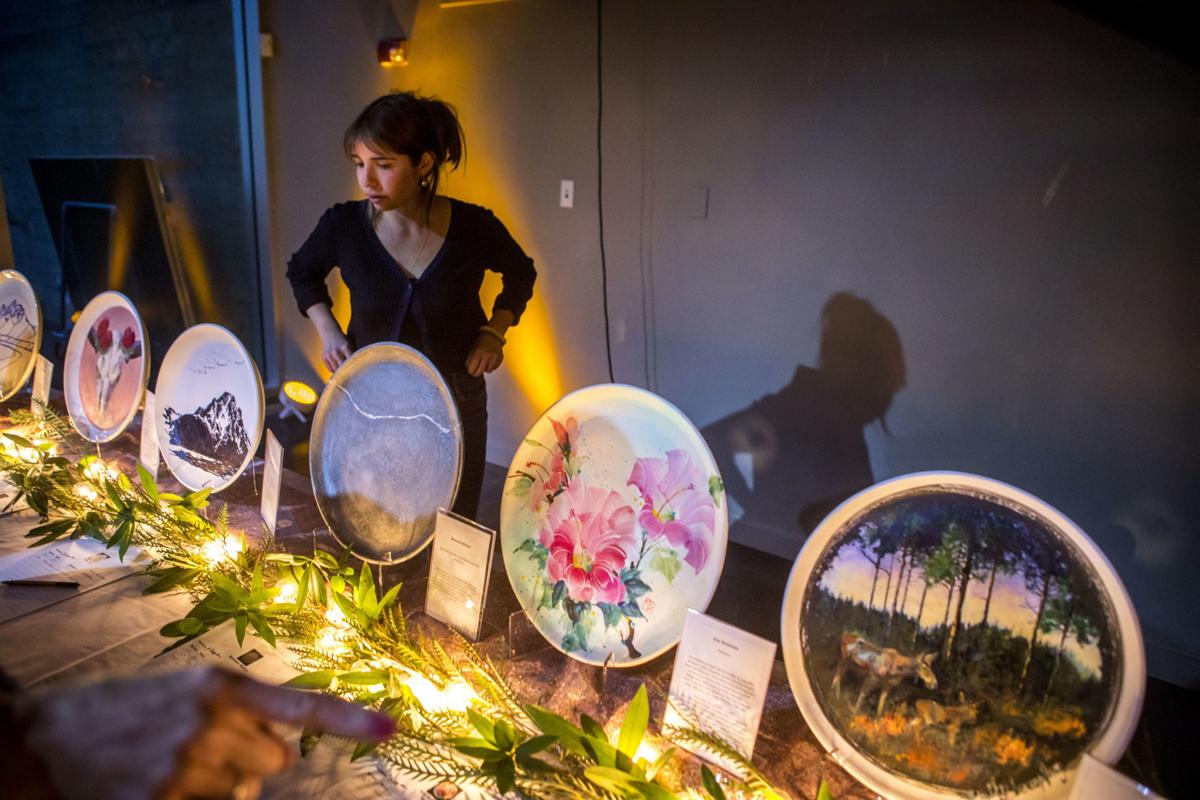 Leslie Dinkin volunteers at The Art of Love plate auction in 2018. The event is set to return at 6 p.m. Sept. 18 at the Center for the Arts. 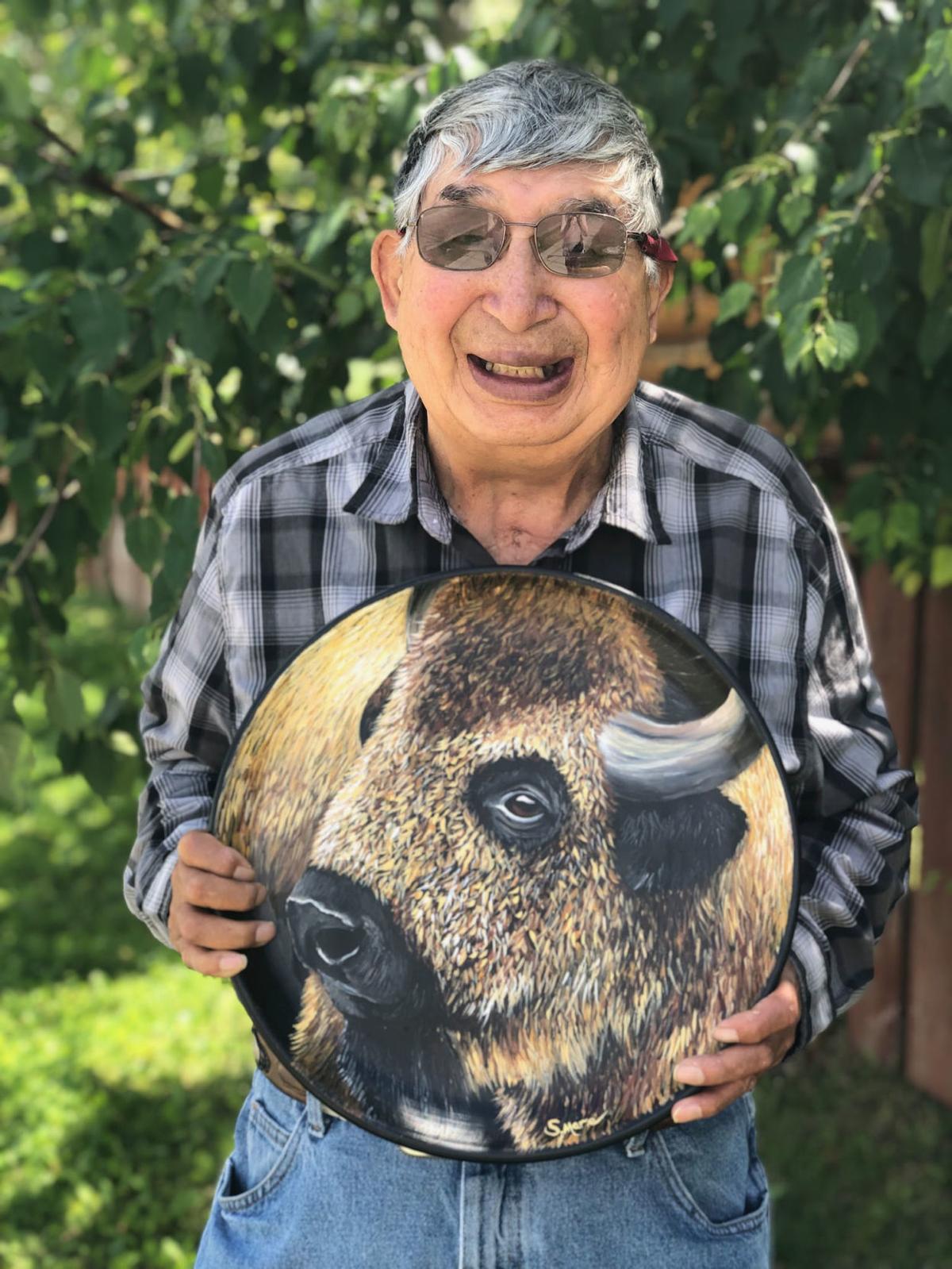 Leslie Dinkin volunteers at The Art of Love plate auction in 2018. The event is set to return at 6 p.m. Sept. 18 at the Center for the Arts.

In July, Carrie Wild held an art class of sorts at Gallery Wild.

She and Patricia A. Griffin, a regular guest artist at the gallery, walked a class of adults through the process of transferring a drawing from a piece of paper to an unusual canvas: a plate.

If that plate-as-a-canvas setup rings a bell, there’s a reason. It’s September, which means the Art of Love, the now-annual Community Entry Services fundraiser, is right around the corner.

Set to take place at 6 p.m. Sept. 18 at the Center for the Arts, the fundraiser asks artists of all stripes — up-and-coming and established, differently abled and not — to decorate and donate a plate that will then be auctioned off.

The goal? To raise funds for the nonprofit, which works to maximize the independence of people with intellectual disabilities and acquired brain injuries.

Wild has been painting a plate for the Art of Love since the event began four years ago. For her July class she invited four adults, all CES clients, to the gallery to work on their plates. (Clients frequently contribute work to the auction.) Learning how to transfer a drawing to a canvas, or a plate, is an important skill.

“It was so fun and so cool,” Wild said. “I feel like they learned something too.”

The artist also said she’s enjoyed being involved with the Art of Love for the past few years both because of the unique challenge of plate painting and the cause itself. Over the years, she has gotten to know a number of friends whose family members have had learning disabilities.

“I think if most people stop and think, they do know someone” similar, Wild said. “It’s really cool that I can be a part and help all of them, or even help CES plan for the future, because a lot of them are young still. Eventually they will be using that service.”

Wild’s future focus was pertinent. The funds raised during the Art of Love will be earmarked for upgrades at the nonprofit’s two residential sites and for spending on future clients.

Community Entry Services has five contracts at Jackson Hole High School, where it’s part of the Teton Transition Team. That team, which consists of CES, the high school’s Transition Academy and the Wyoming Department of Vocational Rehabilitation, is focused on making the transition from high school to adult life as seamless as possible for students with disabilities. In high school those students take part in some CES-sponsored programming.

When they graduate, said Carolyn Worth, the Jackson branch director for the Riverton-based nonprofit, many become clients, receiving “comprehensive lifelong management.”

“When somebody starts services with CES you can expect they’ll be there forever,” Worth said.

That’s important for the nonprofit, which has been around for about 30 years. Some of the people who come to Community Entry Services have a family support network. For those who don’t, the nonprofit stands in.

“CES is their complete family,” Worth said. “We’re welcoming all these high school students into this family because it’s pretty fun to just be around everyone and feel like that’s your family.”

The Art of Love fundraiser is a big part of making that family happen.

There are, of course, the plates. But there’s also the energy, which will be augmented by this year’s “Boho-chic” theme, based on Fleetwood Mac’s “Rumours” album. “Gold Dust Woman” cocktails will be available from Jackson Hole Still Works, food will be provided by Gather and Palate, and dancers from Dancers’ Workshop will be performing on pedestals throughout the event.

All proceeds from the auction go to Community Entry Services’ Jackson office, so artists like Wild take part in the fun pro bono.

“You look at all the artists and how much support they’re giving us, and then on top of that you see all the patrons who are coming to buy their artwork — it’s just an event where everyone is so, so generous,” Worth said.

She said this year will be the last that Art of Love auctions plates, so it might be dish-loving auction-goers’ last chance to pick up a plate painstakingly designed by artists like Wild, Shannon Marie Schacht and Tom Mangelsen.

A bit of experimentation

All three artists, who will be participating in this year’s event, are excited to do so.

After the initial nerves about working on a plate wore off, Schacht, who does animal portraits, said she was hooked when she started painting for the Art of Love three years ago. This year she painted a bison, but she painted owls and otters in years past.

Mangelsen said he was busy experimenting with his second-ever watercolor, rather than printing one of his trademark wildlife photos on the plates.

“We talked about doing that, but it seems obvious and too simple,” he said. Instead, he’s working in a new format, which he “didn’t imagine would be that hard.”

Mangelsen said being asked to paint a plate for this year’s auction was “a big compliment.”

“I really admire what CES is doing for these members of the community and the opportunities they provide,” she said. “I’m truly grateful to be able to help out.”  

The Art of Love