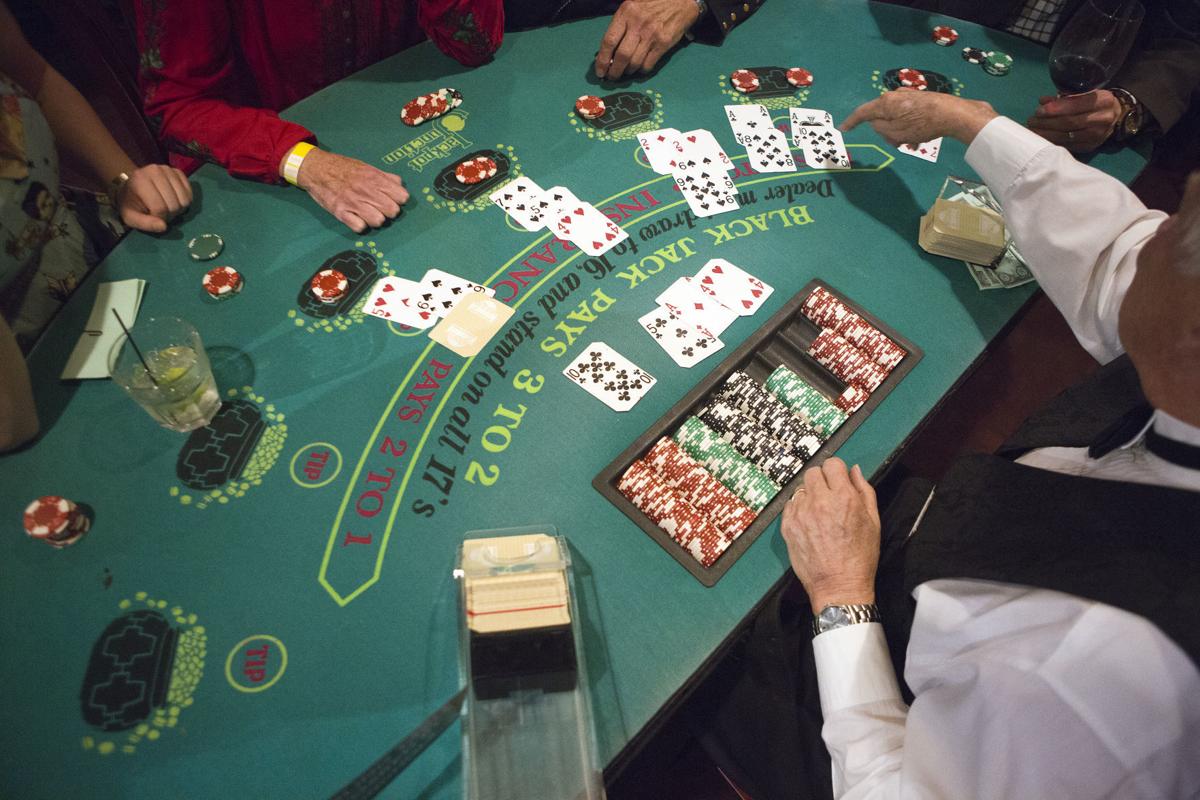 Blackjack dealer Tom Bell goes over a hand for card players during the Rotary Club of Jackson Hole’s Casino Night in 2017 at The Wort Hotel. The club’s fundraiser funds student scholarships and is set to return to The Wort this Saturday from 6:30 to 11 p.m. 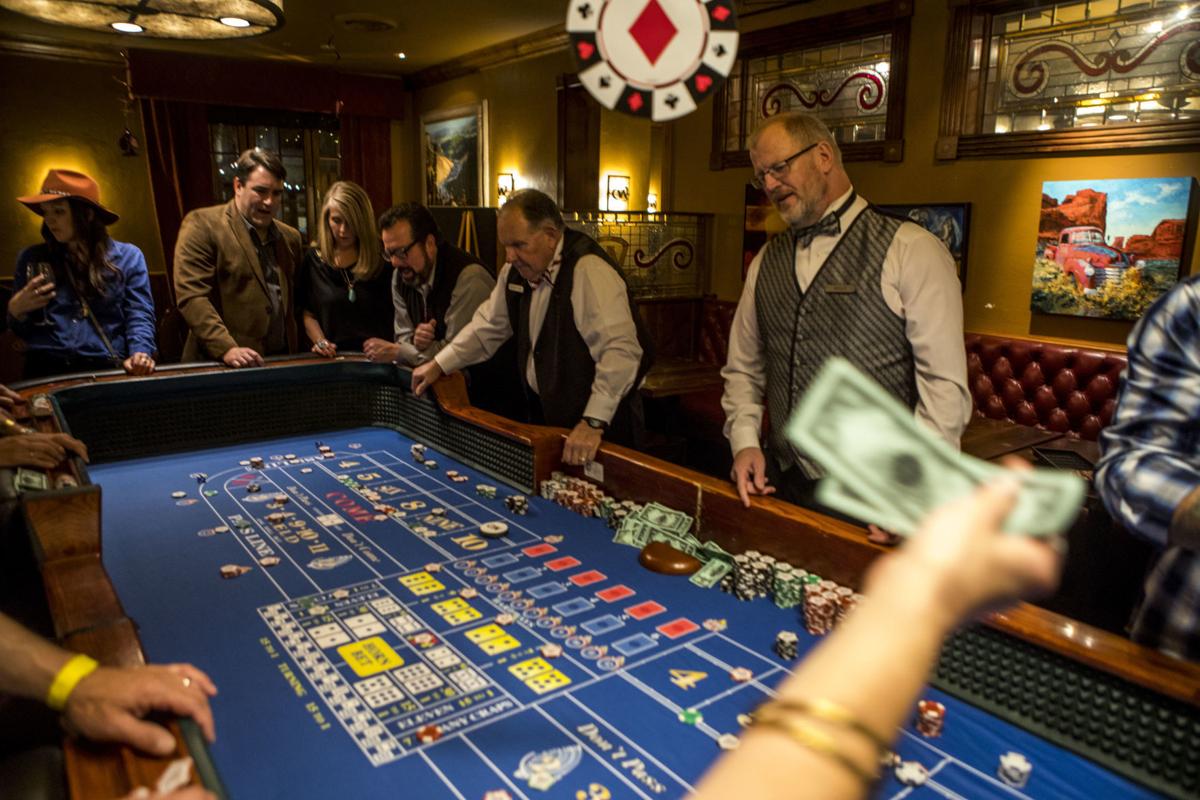 Blackjack dealer Tom Bell goes over a hand for card players during the Rotary Club of Jackson Hole’s Casino Night in 2017 at The Wort Hotel. The club’s fundraiser funds student scholarships and is set to return to The Wort this Saturday from 6:30 to 11 p.m.

Get ready to gamble.

With fake money, that is, because the Rotary of Jackson Hole’s Casino Night has returned. The annual shindig is a fundraiser cloaked in period dress, a chance for do-gooders to don their wool vests and hoop skirts to leave fake money on the roulette table and give real money to graduating Teton County students.

Casino Night is the evolution of the club’s Wine Fest, its longtime annual fundraiser that ended a few years ago.

“The event has breathed new life into the fundraiser,” Jessica Jaubert said.

Jaubert is a Rotarian who works for Three Elephant Public Relations and is on the committee that plans Casino Night. Though the event is only a few years old, it already has a distinctive atmosphere that makes partygoers step up their game.

For those inclined to wear a porkpie hat, the festivities start at 6:30 p.m. Saturday at The Wort Hotel. Rotarian Jim Waldrop, who manages the establishment, is the de facto host, and his culinary staff will provide the feast. The first couple of hours are for mingling, eyeing the auctions and rubbing elbows, Jaubert said. Then the faux risk taking begins around 8 with Monopoly-type money given to guests.

Jeff Ward, a Rotarian who sits on the committee that chooses scholarship winners, said the money raised at Casino Night is instrumental to Rotary’s ability to provide scholarship funds to the graduating seniors, a foundational part of the club’s place in the community. As an international service organization, Rotary has many focuses, but the local chapter has long had a commitment to students.

Rotary’s fundraising helps send more than 30 Teton County students each year to college. From needs-based awards to merit scholarships, the Rotary Club has awards for a plethora of students, including those who attend vocational schools and four-year institutions. Last year’s event raised more than $280,000, according to the event website.

Though donors won’t have the instant gratification of having their money immediately go to students, they can rest assured that they are adding to the fund Rotary dips into to bestow its awards during the annual spring Scholarship Night. With awards that start at $2,500, the scholarships help a wide range of students, Ward said, but the donors who sustain the fund hope to make the awards more than one-time gifts.

“We have what we’re calling the four-year ‘finish line’ scholarships. They’re $5,000 a year for four years,” Ward said. “A lot of our donors are hoping we can continue to grow the annual amount to more multiyear scholarships.”

To sweeten the pot for the generous Jacksonites who attend, the Rotary Club has lined up an array of auction and raffle items. An original Amy Ringholz painting will be included, as will a pair of warm-weather vacations (like a multinight trip to Monte Carlo, Monaco).

As in previous years, Rotary Club members have offered up their houses as part of the prize lot. Last year, Jaubert said, one member hosted an ’80s-themed trivia party, and this year one prize is dinner at a Rotarian’s house with a performance by One Ton Pig.

Fun aside, the night is a chance to make a difference in the lives of Jackson students going to college. Some might stay home, opting to continue their education at Central Wyoming College-Jackson. Others may set out across the state to Laramie, a journey that for many may be their first significant time away from home.

No matter where students choose to go, Rotarians want to make the endeavor as easy as possible.

“Rotary Club members want to provide that support and encouragement that this community is behind you,” Jaubert said.