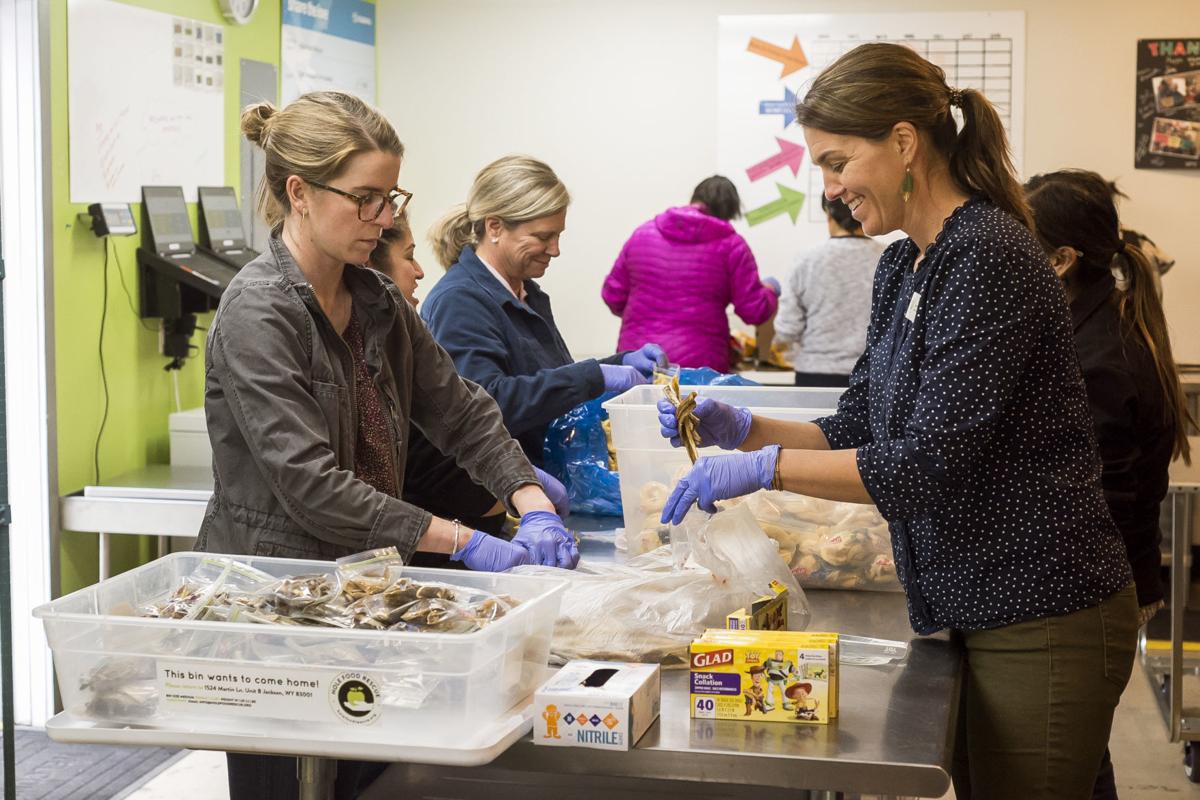 Volunteers prepare lunches for summer campers in May at Hole Food Rescue. Wyoming first lady Jennie Gordon will be in town Friday to promote the Wyoming Hunger Initiative. 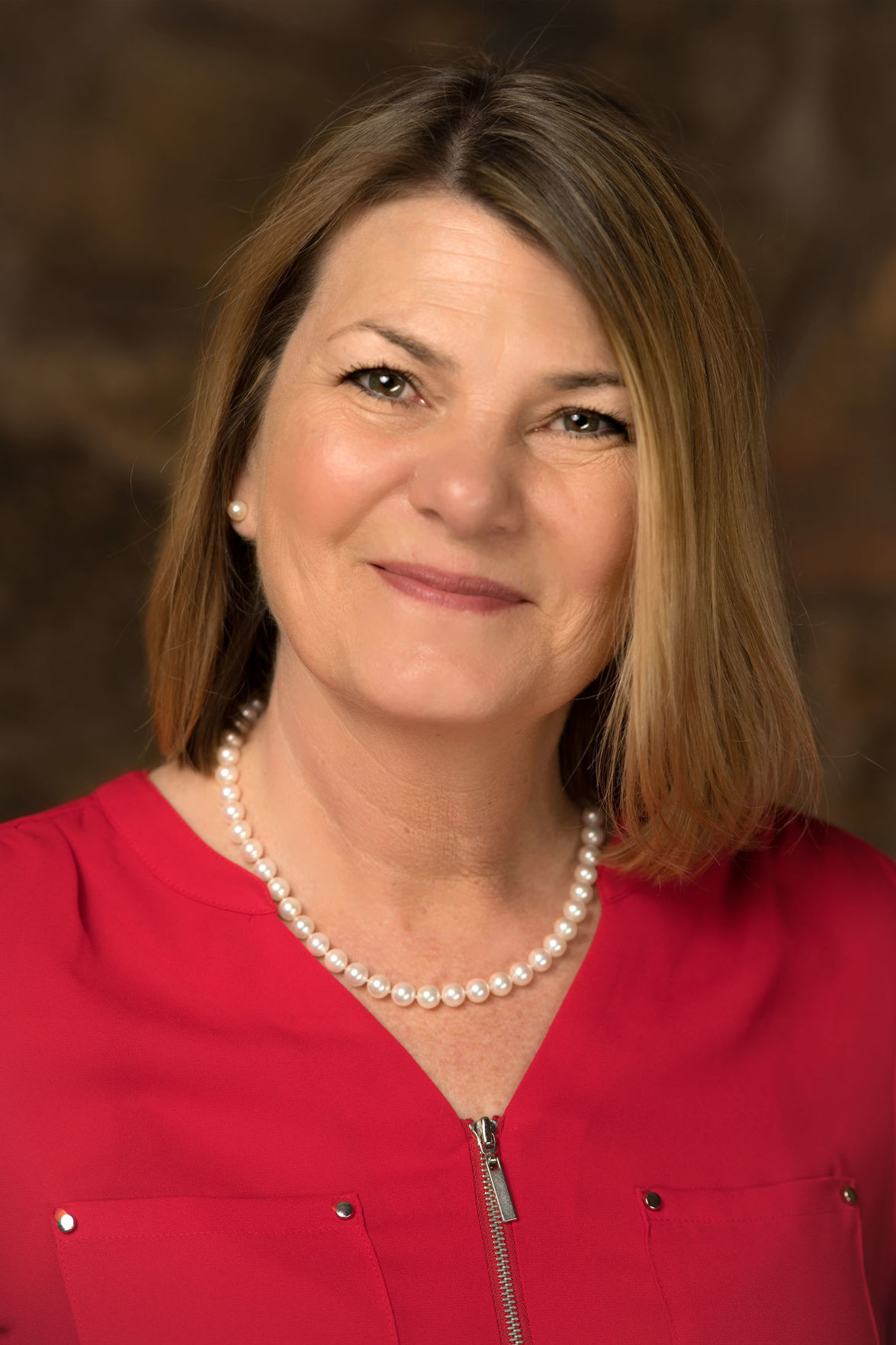 Volunteers prepare lunches for summer campers in May at Hole Food Rescue. Wyoming first lady Jennie Gordon will be in town Friday to promote the Wyoming Hunger Initiative.

Spouses of politicians like governors or presidents often take up the mantle of a social issue, a complement to their companions’ policy agendas. Wyoming first lady Jennie Gordon has unveiled the issue she wants to tackle: childhood food insecurity and hunger.

Gordon’s Wyoming Hunger Initiative aims to tackle a host of issues related to food insecurity and hunger in the belief that Wyoming children can learn better in school and lead more productive lives if they aren’t worried about where their next meal will come from. The initiative is identifying county- and town-level organizations that are combating childhood hunger and raising money to instate a grant program for them.

Gordon will be in town Friday to tour two organizations — Vertical Harvest and Hole Food Rescue — and host a reception with others combatting childhood hunger. The public event is set to run from 5:30 to 7:30 p.m. at the Center for the Arts, with doors opening at 5.

Tickets cost $10, and proceeds go toward the initiative. There will be a presentation about the initiative, and organizations in attendance will give brief remarks about their missions and operations.

“We’ll give a five- to eight-minute presentation on how we are benefiting the community,” said Hannah Cooley.

Cooley is director of programs and partnerships at Hole Food Rescue, a nonprofit that “rescues” food that would otherwise be thrown away by supermarkets and delivers it to people in need. The nonprofit is the type of organization Gordon is looking to highlight and support.

A whole bunch of cereal

Gordon began mulling the idea of combating hunger, Ostrom said, when she and her husband, Mark, were traveling the state during his gubernatorial campaign. At a grocery store in Sheridan she ran into a friend who was basically buying out the store’s supply of cereal.

Gordon asked the friend why she was buying such large quantities of cereal and was told that the Sheridan food bank was feeding over 600 kids a week who were experiencing food insecurity. As the campaign took her to other Wyoming towns and she asked people what issues they faced, she found food insecurity came up more often than not.

“When she asked communities what was important, people brought up hunger,” Ostrom said. “That was kind of surprising because Wyoming is a pull-you-up-by-your-bootstraps kind of state.”

Even in a sparsely populated state like Wyoming, food insecurity affects a surprisingly large number of people. The U.S. Department of Agriculture defines food insecurity as “a household-level economic and social condition of limited or uncertain access to adequate food,” while hunger is “an individual-level physiological condition that may result from food insecurity.”

According to the Wyoming Hunger Initiative’s website, about 71,000 Wyomingites, or about 12% of the state’s population, experience food insecurity. The website says understanding the problem is the first step Gordon and other agencies can take to address it.

Statistical analysis is one part of that quest. Numbers define the scope of the problem, but Gordon is also visiting each county in Wyoming to find nonprofits like Hole Food Rescue or Jackson Cupboard that see the problem on a daily basis.

“This phase is putting data together,” said Paty Gierau, a member of the Wyoming Governor’s Residence Foundation Board. “From there we will map the state to find areas that need more help.”

The board Gierau sits on oversees fundraising for the initiative, and it will help with grant disbursement. The foundation’s members and aim reset with each new administration in Cheyenne, so Ostrom said it has taken a while since Gov. Mark Gordon’s election to bring people into their roles and figure out how the foundation can help the initiative.

Gierau is the initiative’s representative in Teton County, so she has been working closely with the first lady and local organizations to arrange the visit. Gordon’s tours of Vertical Harvest and Hole Food Rescue will show her what their on-the-ground operations consist of, and Cooley sees an immediate benefit for the nonprofits, too.

“We can explain to her what the food rescue policy is and how that is beneficial to helping those who are not as fortunate,” Cooley said. “It’s a validation that the work we are doing is important.”

It is too early to tell if any Teton County nonprofits will receive grants from the initiative, but Cooley sees Gordon’s visit as the start of a relationship. The hunger initiative is just part of Gordon’s advocacy on the topic, as she is also part of nationwide efforts to fight food insecurity and ensure that schoolchildren are able to eat breakfast daily.

For those involved with the initiative, from Gordon to Gierau, it isn’t simply a policy debate or pet issue: It’s a moral obligation.

“For me personally it’s important as a mom,” Gierau said. “I think every single kid — every single human being — has the right to have food. To me, we should be ashamed that some people do not have food.”  

Center for the Arts

$10, proceeds go to the initiative