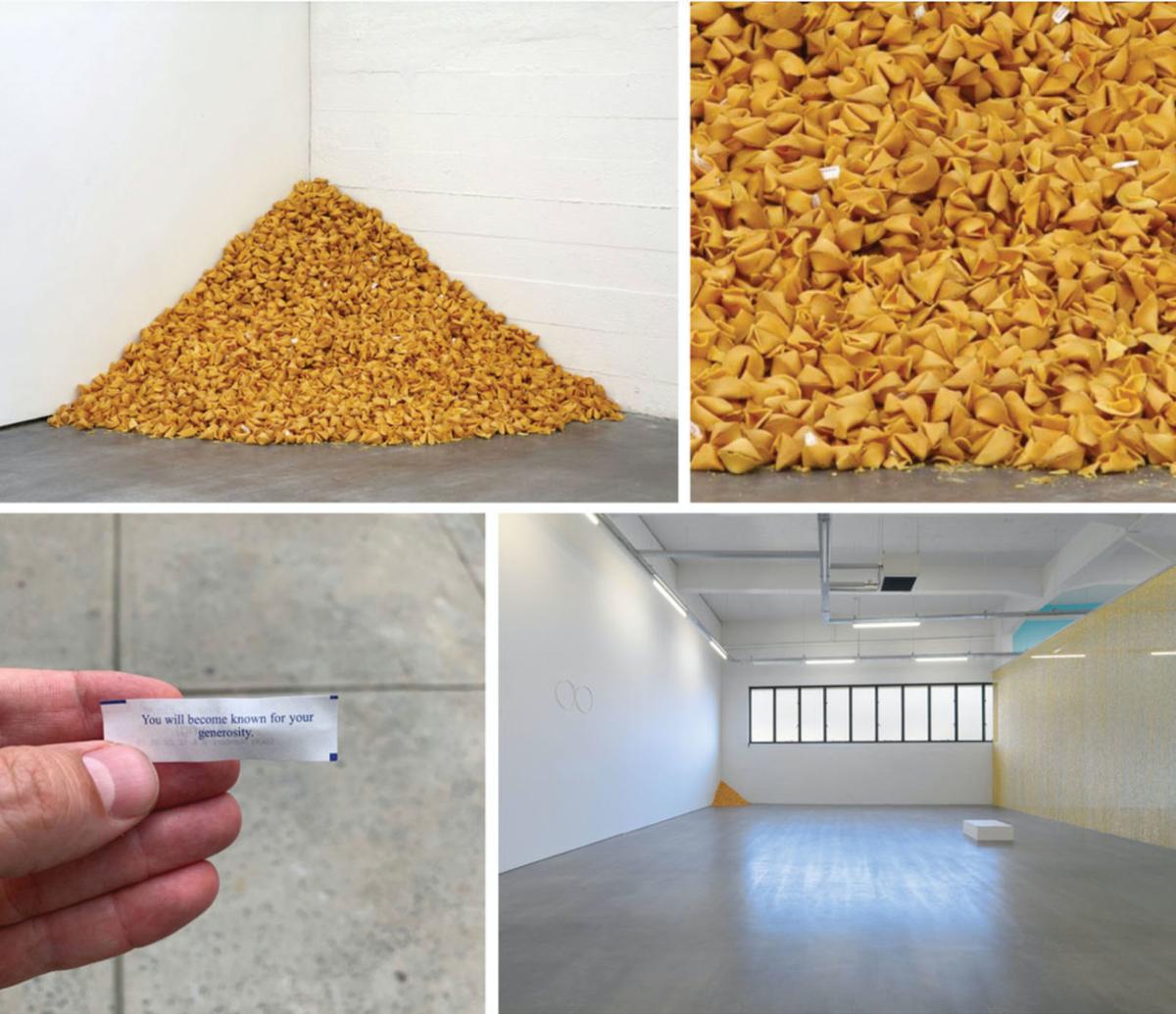 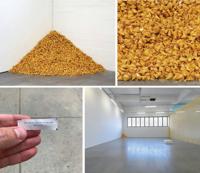 Shown above is “Untitled (Fortune Cookie Corner),” done in 1990 by Felix Gonzalez-Torres. The Cuban-American artist is featured in an exhibition that begins tomorrow at Shari Brownfield Fine Art and continues until July 5. 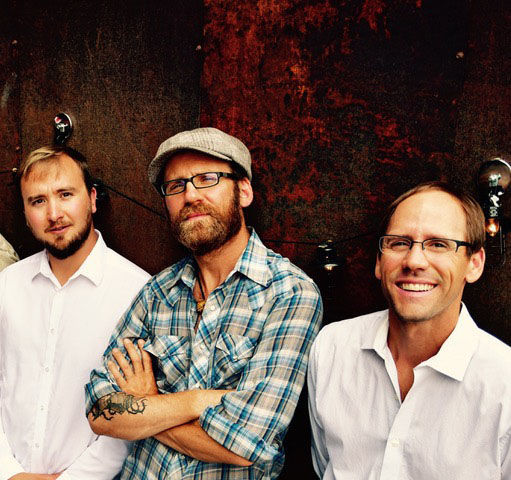 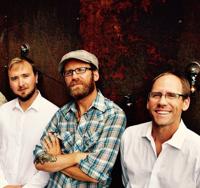 The One Ton Pig trio will feature different members every Tuesday at the Sit Down, Get Down concert series at the Silver Dollar Bar at the Wort Hotel.

Shown above is “Untitled (Fortune Cookie Corner),” done in 1990 by Felix Gonzalez-Torres. The Cuban-American artist is featured in an exhibition that begins tomorrow at Shari Brownfield Fine Art and continues until July 5.

The One Ton Pig trio will feature different members every Tuesday at the Sit Down, Get Down concert series at the Silver Dollar Bar at the Wort Hotel.

Shari Brownfield Fine Art’s latest exhibition is highly conceptual and doubles as a good snack. In accordance with directives from curator David Zwirner, the gallery will pile 240 to 1,000 “optimistic” fortune cookies somewhere in the gallery.

The exhibition will run from Thursday to July 5, with a “regeneration” on June 14. After July 5 the remaining cookies will cease to be a cohesive work of art and they will once again be considered merely uplifting sugary snacks.

“I hope that what appears to be a simple pile of fortune cookies can bring members of our Jackson Hole community safely together with messages of inspiration, as well as consider questions of purpose even when we feel unseen,” Brownfield wrote in a press release.

The piece, first created in 1990 by Cuban American artist Felix Gonzalez-Torres, is called simply “Untitled (Fortune Cookie Corner).” Gonzalez-Torres worked on the piece, as well as other similar “candy works,” during the first wave of HIV/AIDS in the US. He eventually died of AIDS in 1996. The uplifting nature of the work is a reminder that, even during a pandemic, art can bring catharsis and healing.

RaptorFest to take to the air — er, airwaves

Jackson Hole’s celebration of birds of prey is in its 10th year. Tradition holds that the RaptorFest is held on the Snow King ball field on Father’s Day just before the inaugural concert of the JacksonHoleLive summer concert series.

Although event organizers canceled both in-person gatherings the events will still occur in a virtual fashion. Instead of a Facebook Live stream or a Zoom meeting, RaptorFest will happen over the airwaves.

On June 21 from 3 to 6 p.m. information about raptors will be broadcast on 89.1 FM KHOL between selections from a JacksonHoleLive-chosen playlist that features artists who have graced the stage at the ball field in past years. The show is family friendly and free to attend.

Most books about time travel feature some sort of fantastical machine or magical occurrence. In “Adventure Relativity: When Intense Experience Shifts Time,” author Steve Gardiner, who taught at Jackson Hole High School from 1985 to 1995, talks about a different kind of time travel: a change in perception.

The nonfiction volume is a collection of personal essays that document Gardiner’s experience mountaineering, spelunking, bicycling, running a marathon and dealing with the triumphs and tribulations of human experience. It is available via Amazon Kindle and Google Books.

This week the Jackson Hole Historical Society and Museum will take its Beers and Banter series online in honor of the 100th anniversary of Jackson’s first all-women Town Council (which is actually May 11). The online event begins at 7 p.m. Thursday.

The event is free, but the museum is asking viewers to consider a $5 donation (the typical cost of a Roadhouse beer when the event is in person).

Paulie O’Connor has worn many chef hats in Jackson Hole, and now a restaurant will wear his name.

When what for years has been the Million Dollar Steakhouse opens June 4 it will open as Paulie’s, a change made to reflect that O’Connor is now owner and executive chef of the establishment.

O’Connor has long and varied experience in kitchens around the valley, having worked as corporate sous chef for Il Villaggio Osteria, Silver, Bin22, the Q Roadhouse & Brewing Co. For years he ran the Old Yellowstone Garage.

As the head chef at the Million Dollar Steakhouse, O’Connor kept the restaurant from completely shuttering during the pandemic by selling take and bake lasagnas from the spot.

When it opens Paulie’s will have no bar or additional seating in order to protect customers and staff. The menu will also draw more from O’Connor’s Italian heritage without straying too far from the excellent steaks that the restaurant is known for.

Sit Down, Get Down

Virtual events aren’t yet a thing of the past, but for the first time in almost two months they aren’t the only option.

The Silver Dollar Showroom at The Wort Hotel announced the Sit Down, Get Down concert series in conjunction with a similar series of concerts at the Million Dollar Cowboy Bar (both venues are managed by the same team). The “sit down” portion of the title is derived from the crowd management tactics that the venues will employ to comply with local health orders and social distancing best practices. Seats will be spaced more than six feet apart and the capacity for each show will be limited to the number of seats available.

Although both venues are famous as swing-dancing hot spots, for now the audience will have to wiggle in place.

“It’s time to get the musicians back to work in the most careful and responsible way,” said Justin Smith, the talent buyer for both locations and a member of One Ton Pig. “It is not time yet to feature dance bands, so instead we are going to showcase some of the region’s finest solo, duet and trios in a sit-down only environment.”

}The Shows at the Silver Dollar Showroom include stripped-down versions of One Ton Pig and Tasha and the Goodfellows as well as Aaron Davis and the Mystery Machine. The Million Dollar Cowboy Bar will host The Linford Duet, Derrik Hufsmith Trio, Ashton Lee Duet and Nathan Dean Trio. More information is at WortHotel.com and MillionDollarCowboyBar.com.