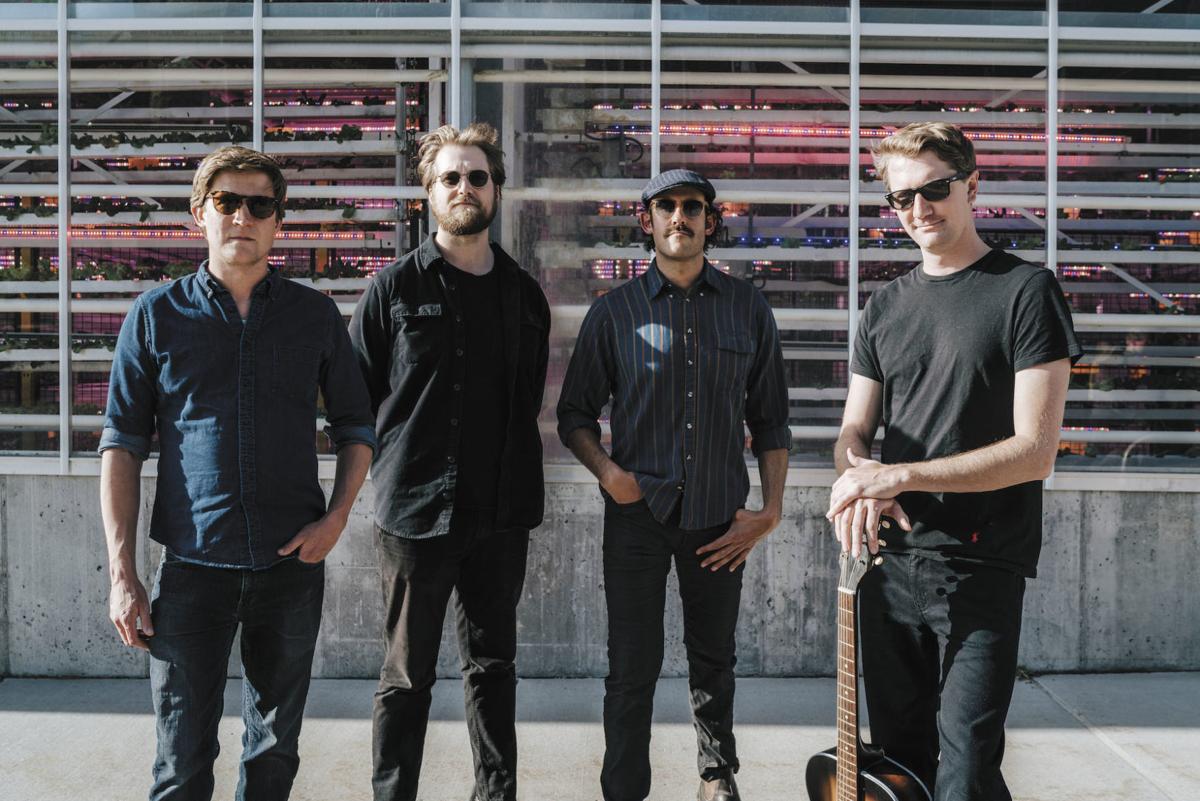 Jackson Band Canyon Kids had undergone so much turnover since its last album in 2017, that it was starting to look (and sound) like a new band. So, the quartet cast away the name and was reborn as Inland Isle. 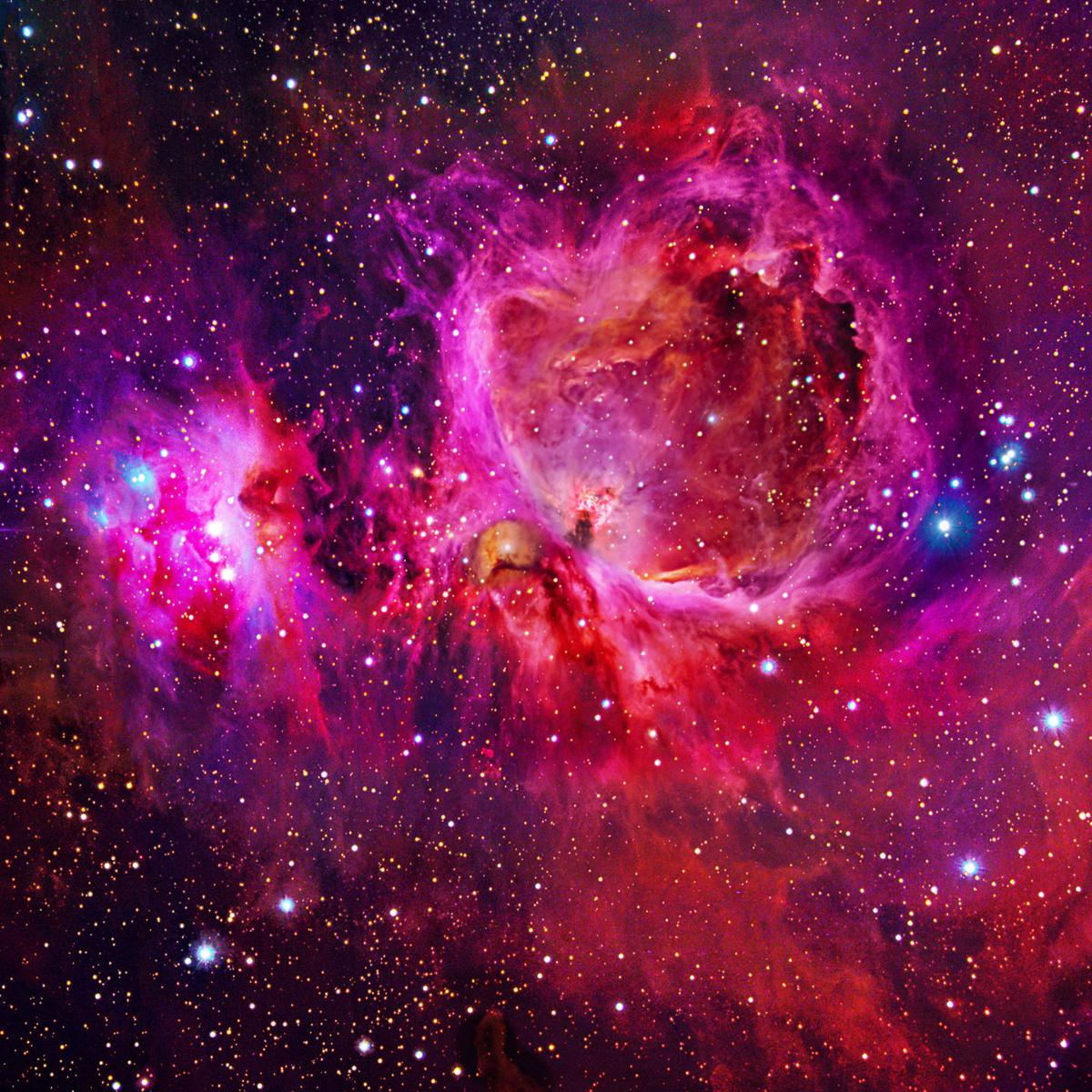 Jackson astrophotographer Michael Adler is hanging his newest series of photographs at the library this coming month. The majority of the photographs are of nebulas taken from Adler’s home observatory in Wilson.

Jackson Band Canyon Kids had undergone so much turnover since its last album in 2017, that it was starting to look (and sound) like a new band. So, the quartet cast away the name and was reborn as Inland Isle.

Jackson astrophotographer Michael Adler is hanging his newest series of photographs at the library this coming month. The majority of the photographs are of nebulas taken from Adler’s home observatory in Wilson.

After the band experienced so much turnover that only one original member remained — Dusty Nichols — Canyon Kids decided to change its name.

Thus Inland Isle was born of the ashes of a classic valley band with some of the most recognizable faces in the local music scene: Nichols, Pat Chadwick, Leif Routman and Shawn Fleming. After recording a new album of folk tunes at an undisclosed cabin in rural Montana, the band is looking for a cash injection to get the album and a summer tour off the ground.

The Kickstarter campaign, which launches Wednesday, can be found at TinyURL.com/inlandisle.

Cancer and colon screenings may be uncomfortable topics, but local health officials are offering rewards this month to entice locals to learn more about them. Rewards on the table: free skiing, Alpine Coaster rides, food and drinks.

St. John’s Health is hosting free night skiing starting at 4 p.m. Thursday at Snow King Mountain Resort. For those not interested in sliding downhill on skis or a snowboard, the hospital is offering free tickets for the Alpine Coaster.

From 4 to 6 p.m. the night is all about fun, but then, at 6 p.m., complimentary food and drinks will be available at the King’s Grill, and at 6:30, interventional endoscopist Dr. Eric Wieman and cancer survivors will speak inside the restaurant.

In addition to Wieman, representatives from the Teton County Health Department will be on hand to assist people with applications for free colonoscopies, and staff from the Wyoming Cancer Resource Services will provide information on cancer and screenings.

A look at outer space

Jackson’s local astrophotographer, Michael Adler, is showing 24 of his most recent photographs at Teton County Library now through the end of March. Adler will host a reception for the show, “Brilliant Metal Prints,” at 5:30 p.m. Thursday.

The show is composed of photographs Adler took from his home observatory in Wilson. The majority of the photographs are of nebulae — colorful clouds of gas and dust where all stars are made. He’s also included photographs of the 2017 solar eclipse, the moon and other galaxies.

Adler has had three shows at the library, but for this show he printed all of the photographs on metal.

“Since they’re on metal they have a luminosity,” Adler said. “They have a vibrancy to them that you just don’t get when you print them on paper. They come alive.”

Adler has included detailed descriptions to explain the science behind each photograph, which he will go over in more detail during Thursday’s opening reception.

“There’s some science to be had if you want to take the time,” Adler said.

A Hole history of writing

From 7 to 8:30 p.m. Thursday, Jackson Hole Historical Society and Museum will host another free “Beers and Banter” conversation. This one will feature local writers Charlie Craighead, Tim Sandlin, Matt Daly and Tina Welling and is being hosted with the nonprofit Jackson Hole Writers.

Roadhouse Beer and seltzer will be available for a $5 donation, and the discussion will touch on the history of writing in Jackson Hole as well as one of the museum’s current exhibits, “Mountains to Manuscripts: Women’s Writing in Wyoming, 1900-1950.” Information is at JacksonHoleHistory.org.

Art Fair Jackson Hole is in its 55th year of providing the community with summer events that feature local and national artists, live entertainment and gourmet food.

This summer’s fairs are slated for July 10-12 and Aug. 7-9. The deadline for artist applications is midnight on March 6. Apply at ArtAssociation.org/art-fair.

This Saturday the Enclosure outside the Center for the Arts will become the stage for “Phantom Seasons,” a work of public performance art created by (T)he (B)ody (C)reative and put on by Francesca Romo, Ouree Lee and Bradley Smith.

The Enclosure will “erupt” with light at variable intervals, drawing influence from geothermal features of the Greater Yellowstone Ecosystem, said a press release from Jackson Hole Public Art. The show starts at 6:45 p.m.

More information is available at JHPublicArt.org.

Rolling Stone describes Whitey Morgan as a “Waylon Jennings acolyte ... modern day outlaw [with a] hard hitting, blue-collar brand of music.” He will play his brand of “outlaw country” Saturday at the Cowboy Bar.

The concert runs from 7:30 to 9 p.m. followed by an after-party featuring country rocker Charlie Jenkins. Locals with an ID can get in free; visitors will pay a $10 door charge starting at 7 p.m.