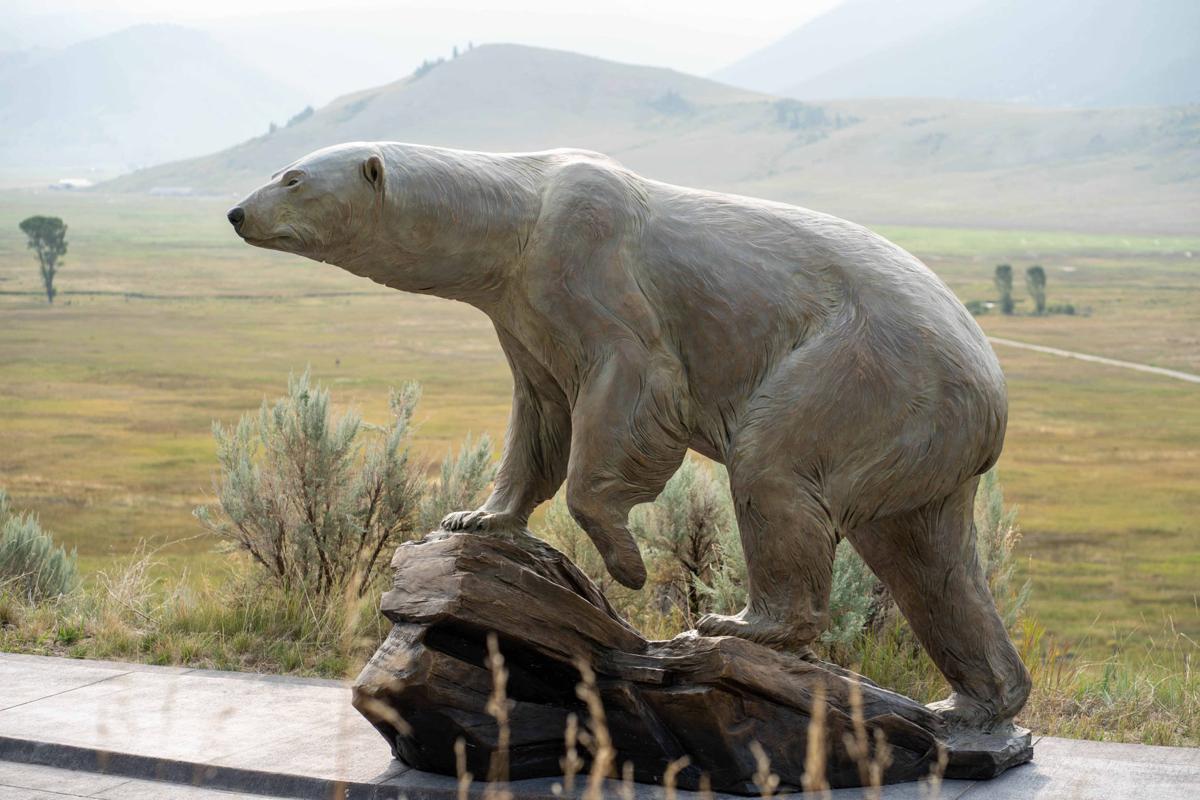 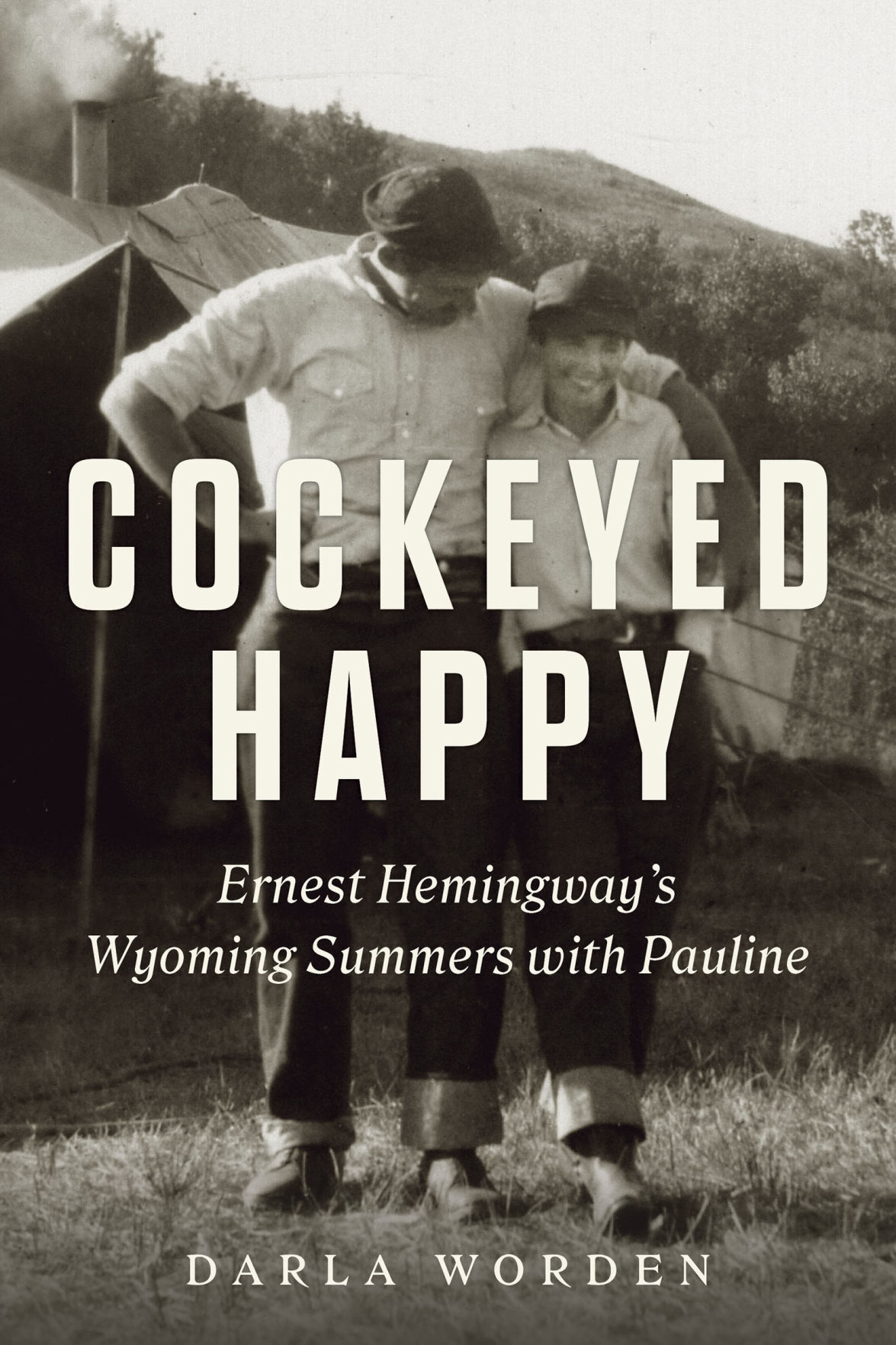 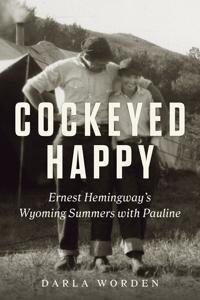 Darla Worden is one of four authors and photographers who will visit Valley Bookstore on Saturday afternoon to meet readers and sign books. Worden’s new book is “Cockeyed Happy: Ernest Hemingway’s Wyoming Summers with Pauline.”

Darla Worden is one of four authors and photographers who will visit Valley Bookstore on Saturday afternoon to meet readers and sign books. Worden’s new book is “Cockeyed Happy: Ernest Hemingway’s Wyoming Summers with Pauline.”

In 1997, Dick and Val Beck made their first of many trips to Churchill, Manitoba, to photograph polar bears in their natural habitat.

The sculpture Churchill is based on one of those photographs. Commissioned in 2003, the life-size bronze was created by Wyoming artist Margery Torrey.

On Aug. 20 the sculpture was unveiled in a brief ceremony and is now a permanent part of the National Museum of Wildlife Art’s Sculpture Trail.

“We had always planned that Churchill would one day be a part of our legacy gift to the museum,” Dick Beck said. “We decided to accelerate the timing for that to happen so that we could enjoy knowing that community members and visitors enjoy him too.”

Masks are required inside the museum, but the Sculpture Trail winds at a leisured pace around the grounds, affording visitors an open-air, self-guided opportunity to enjoy the work of many renowned wildlife artists. Torrey’s Churchill makes a wondering and elegant addition.

This year’s SHIFT Summit is set for Oct. 18-20 in Grand Junction, Colorado, and registration for the event is open.

The theme of the event is “Ensuring Access to Nature — For Human Health and the Environment,” with a focus on advancing equitable access to nature and the outdoors.

The health benefits of nature are well documented. This year’s summit will bring together researchers, funders, educators, retailers and conservationists, along with outdoor recreation, health, military and nature therapy professionals, to share experiences, evidence and ideas for linking human health and nature. The summit is based on sound science combined with experiential, health, stewardship and land management aspects to balance equitable reciprocity and access to the places, flora and fauna that we all need to exist and thrive.

An annual event since 2015, SHIFT has been historically held in Jackson. Now under new organizational support by the nonprofit GP RED, this year’s conference in Grand Junction will include a full slate of discussions along with experiential aspects, such as nature and forest therapy practices, and plenty of opportunities for active outdoor recreation. SHIFT Awards will be presented to organizations and individuals who are excelling in the summit community’s collective work.

In addition, the Emerging Leaders Program will be held Oct. 15-17. The program trains early career leaders to help develop work advocated at SHIFT and throughout the world to build a diverse coalition to champion the health benefits of nature and promote a more sustainable future for the planet.

For information go to SHIFTJH.org or GPRED.org/shift. Those interested in volunteering, partnering, sponsoring or exhibiting should contact Amanda Walker at AmandaW@gpred.org.

Once again, another cherished Jackson Hole tradition has been scuttled by the coronavirus pandemic.

The Jackson Hole Ski and Snowboard Club announced it has for the second year canceled the in-person component of its annual Thai Me Up Black Tie, Blue Jeans Ski Ball due to the rising COVID-19 cases in Teton County.

But while the indoor event, called “the best party of the year in Jackson Hole” by some and typically attracting 400 or more Ski Club boosters, has been called off, the silent auction and grand raffle, key fundraising components of the pre-season party, will proceed.

The Ski Ball Silent Auction offers more than 100 packages in nine categories: Adventure and Travel, Art and Jewelry, Gear, Good Times, Jackson Hole Summer Fun, Jackson Hole Winter Fun, Professional Athletes, Taking Care of Business, and Wellness and Beauty. Presented by Farmer Payne Architects, it will be hosted on the free Handbid app, which allows bidders to participate from home or anywhere in the world. The silent auction will launch Sept. 29 and close at 7 p.m. sharp on Oct. 6.

The 2021 Grand Raffle, donated each year by the Four Seasons Resort and Residences Jackson Hole and its partner properties around the world, is for a “Safari and Islands” package featuring roundtrip airfare for two, three nights at the Four Seasons Safari Lodge Serengeti, Tanzania, and three nights at the Four Seasons Mauritius at Anahita. With meals, beverages and alcohol included, the value of the prize is more than $14,000. Tickets are on sale at JHSkiClub.org for $30 each or five for $100. The winner will be announced at 7 p.m. Oct. 6.

“Beyond Beauty,” an episode of the National Museum of Wildlife Art’s online video series “Bisoncast,” has been named an official entry in the Venice Shorts Film Festival in California.

Clocking in at 10 to 20 minutes each, “Bisoncast” was created and produced by the museum and directed and filmed by Mountain Mind Media to share stories about the relationships between humanity, creative expression and nature, to support new ways of seeing and understanding the world and ourselves and to present some of the work in the museum’s world-class collection.

So far five episodes have been released, including “Beyond Beauty,” which seeks to teach viewers to appreciate often unappreciated creatures, such as spiders, snakes and toads, takes a close look at Picasso’s print “L’Araignée (The Spider)” and other works in the museum, and discusses a bit about the printing process.

“We feel so honored to be part of the Venice Shorts Film Festival,” Jane Lavino, the museum’s chief curator of education, said in a press release. “Our team has worked so hard to put these episodes together to be more accessible and inclusive for visitors who may not be able to experience the museum, or the area, in person.”

“Beyond Beauty” and the other four “Bisoncast” episodes can be viewed at WildlifeArt.org/bisoncast. A sixth episode is on its way, the museum said.

Saturday will be a busy day at Valley Bookstore, where owner Wendy Dodson hosts the authors of three new titles to meet with readers and sign copies of their work.

From 1 to 3 p.m., Darla Worden will be on hand with her just-released “Cockeyed Happy: Ernest Hemingway’s Wyoming Summers with Pauline,” about six summers the Noble Prize-winning author spent in the Big Horn Mountains between 1928 and 1939. Well researched and written with chatty verve, “Cockeyed Happy” shadows Hemingway and his second wife after they left Paris, leaving behind the writer’s first wife, Hadley, and their son John, and in the wake of the phenomenal success of his novel “The Sun Also Rises.” While Pauline recovers from the birth of her first child, Hemingway escapes to Wyoming to fish, hunt and finish writing “A Farewell to Arms,” falling in love with the country. Pauline soon joins him, and the state becomes “their place” — at least for a while.

Worden also will be set up at the Western Design Conference from 2 to 4 p.m. Friday in the Snow King Sports and Events Center.

From 1:30 to 3:30 p.m. Chase Reynolds Ewald and Audrey Hall will present “Bison: Portrait of an Icon,” a beautifully written and illustrated look at the remarkable animal and its significance in the American West. Woven throughout Hall’s extensive photographs of the creatures, Ewald tells the story of the natural and cultural history of the creature, its brush with extinction and its status today — a “powerfully moving ... deep meditation” as Mountain Living’s Laura Beausire put it.

And from 4:30 to 6: p.m., John Maclean, son of beloved author Norman Maclean (“A River Runs Through It,” “Young Men and Fire”) offers his sixth book, “Homewaters,” a lyrical chronicle of his family and their bond with Montana’s Blackfoot River.

“Fans of his father’s novella will relish the details that served as its inspiration and are here rendered in Maclean’s sharp yet poetic prose,” wrote Publishers Weekly. “This richly observed narrative is sure to reel readers in.”

“Here at Valley Bookstore we are proud to serve as a convening place for our community and celebrate authors,” Dodson said.

Fill up your wonder cabinet — or start one — at The Curiosities Sale at WRJ Home, the downtown showroom of acclaimed interior design firm WRJ Design.

Celebrating the arrival of fall and the 2021 Jackson Hole Fall Arts Festival, WRJ principal Rush Jenkins and his team have curated collections of art, antiques, furniture and collectibles for sale through Sept. 24.

“Design should delight and inspire us,” Jenkins says in press material, “lifting the quality of our daily lives.”

The Curiosities Sale should do just that, with the showroom transforming the showroom from its usual luxury mountain lifestyle aesthetic into a “playfully intriguing Curiosity Shoppe where botanicals will abound and gems from the WRJ archives will be available to purchase at up to 75% off,” showroom manager Shelly Johnson said.

Sourcing items from around the world, Jenkins and partner Klaus Baer employed their extraordinary eyes to lay in a supply of antiques, art and objects that reveal something special about the creator or place of origin, offering a rare opportunity to purchase unique objects brought to light from storage, photo shoots and more. Also available are copies of WRJ Design’s book “Natural Elegance: Luxurious Mountain Living,” showing numerous WRJ projects from throughout the Rocky Mountains.

The WRJ Home showroom is open from 10 a.m. to 5 p.m. For more information visit WRJDesign.com and follow @wrjdesign on Instagram.