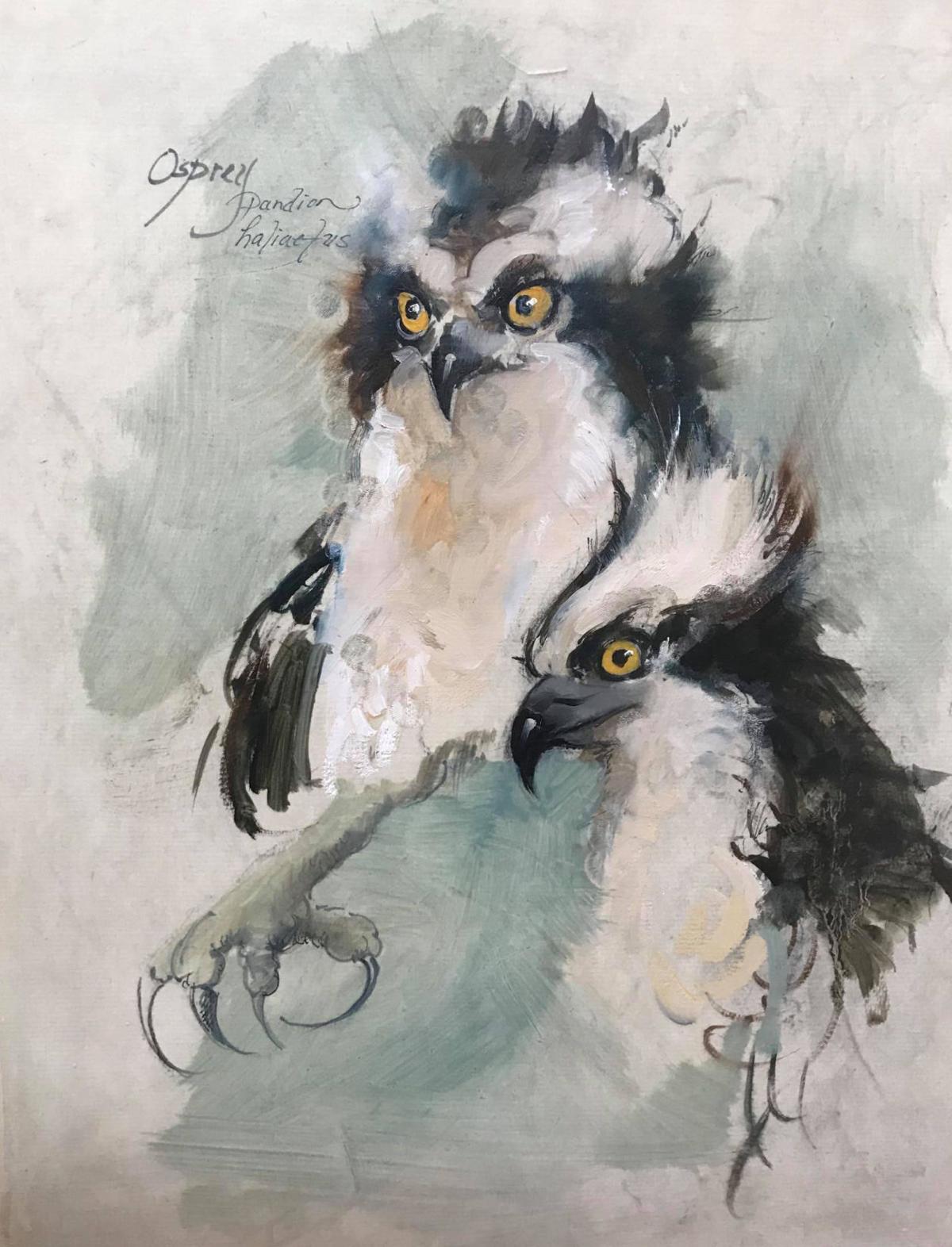 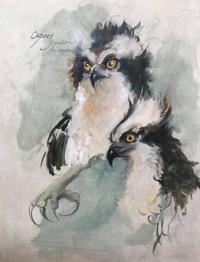 Shannon Troxler Thal’s piece “Osprey” is one of the items for auction to benefit Horse Warriors. 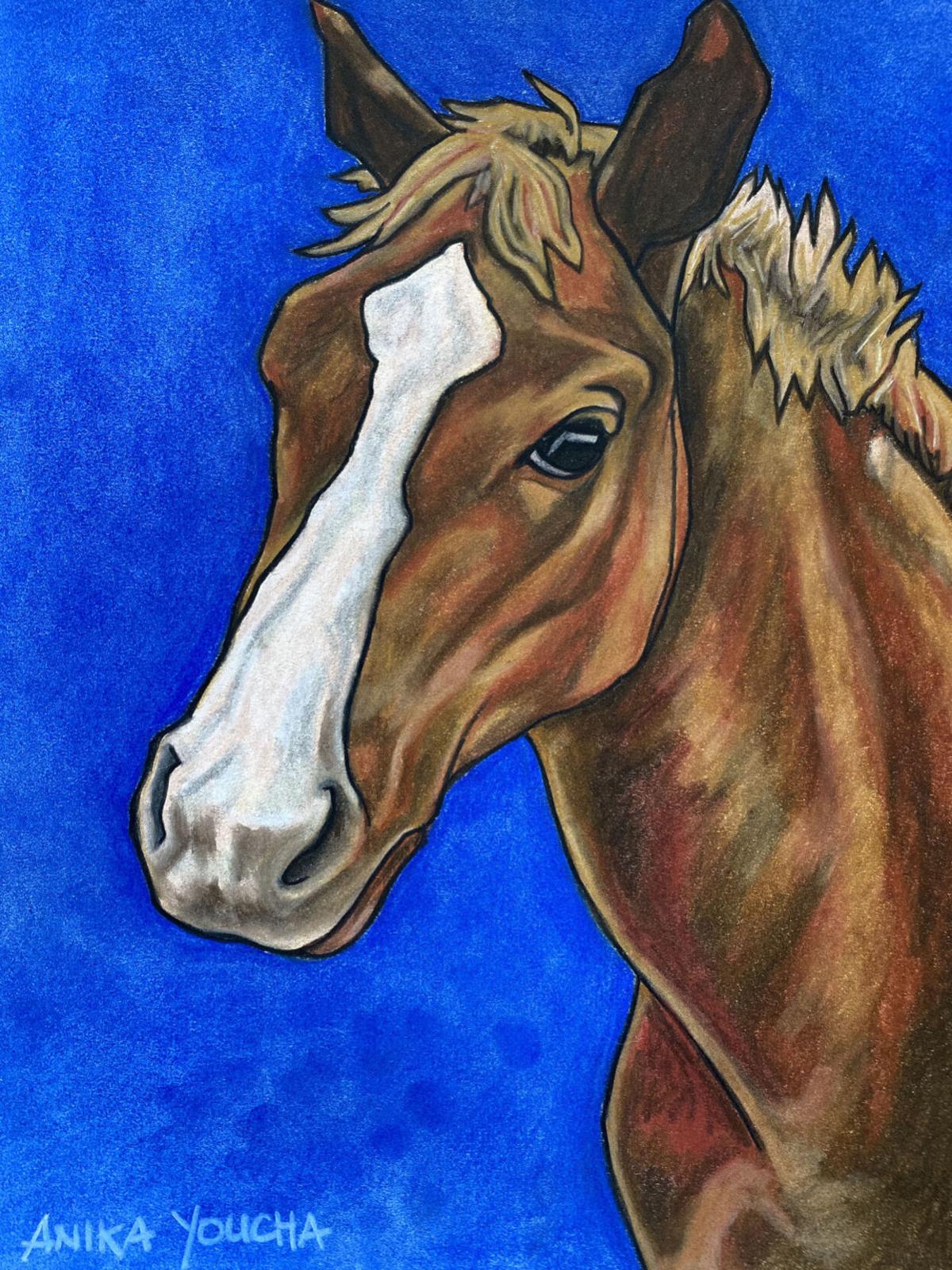 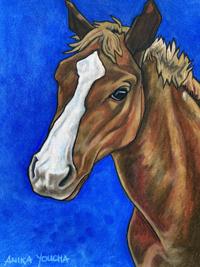 Horse Warriors is hosting an online auction this week in place of its summer fundraiser. Most of the money raise will go toward feed for the horses. 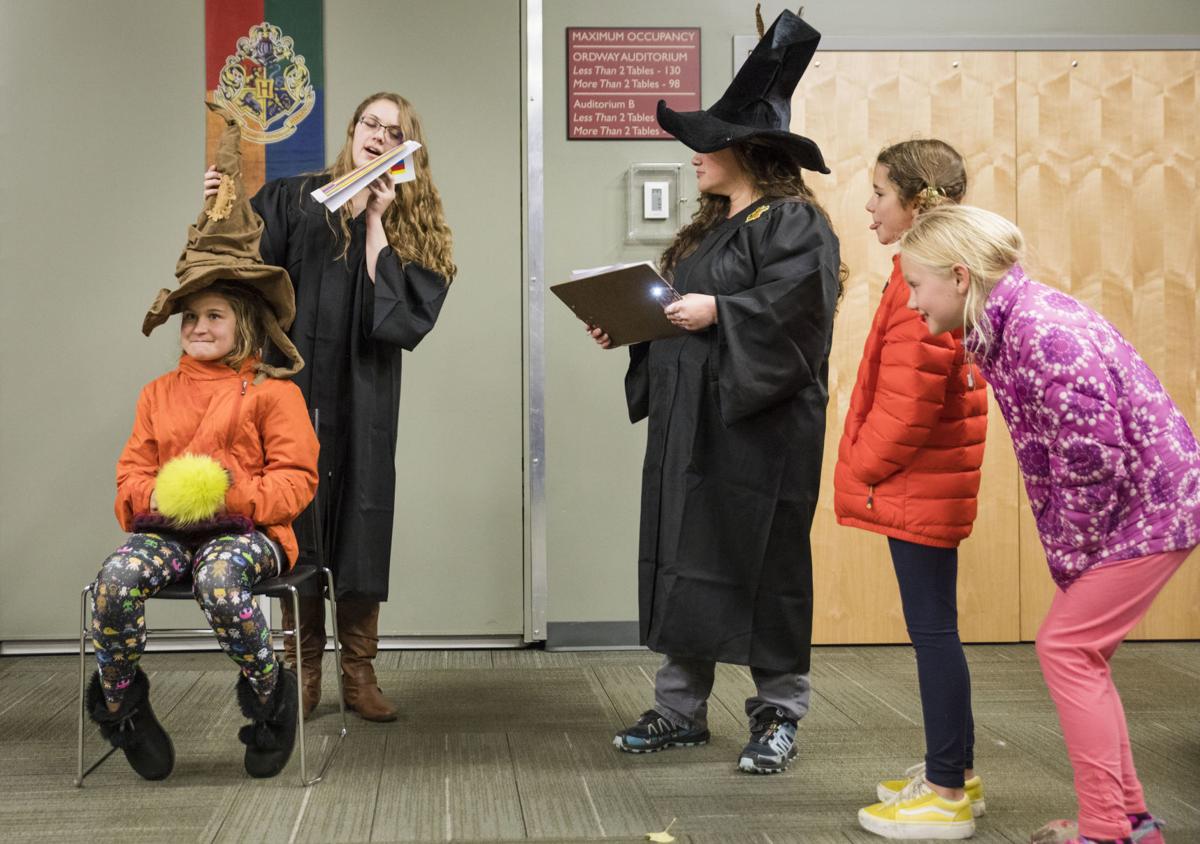 Students wait for the Sorting Hat to tell them their fate during last year’s A Night at Hogwarts at the Teton County Library. This year’s night of magic will be experienced at home with the Hogwarts Express Box.

Shannon Troxler Thal’s piece “Osprey” is one of the items for auction to benefit Horse Warriors.

Horse Warriors is hosting an online auction this week in place of its summer fundraiser. Most of the money raise will go toward feed for the horses.

Students wait for the Sorting Hat to tell them their fate during last year’s A Night at Hogwarts at the Teton County Library. This year’s night of magic will be experienced at home with the Hogwarts Express Box.

The red carpet is on standby this year. Breaking a 16-year tradition, Teton County Library has decided to cancel its annual benefit party, typically one of Jackson’s most extravagant fundraisers each year.

Usually hosting over 500 guests in the Cottonwood Ballroom at the Four Seasons Resort on the first Friday of December, the event did not seem appropriate for community health and safety concerns, according to a press release.

However, Maggie Schilling, associate director of Teton County Library, announced an invitation to a “Let’s Put 2020 in the Books!” stay-at-home New Year’s Eve celebration. Schilling asks any other nonprofits with scheduled events that day to contact her if there is a conflict.

“We hope to help make the holiday season special as well as provide much-needed support for the library,” she said.

Horse Warriors, a Jackson Hole staple since 1998 that uses care for horses as a tool to improve mental health, usually puts on its “White Horse Social” fundraiser at the Teton County Fair. But because of some changes this year (what’s the name of that pandemic?), that was canceled.

So board members called upon some of the valley’s premier artists, donations poured in, and now Horse Warriors is hosting its first online art auction.

“Art is literally half our program,” said Priscilla Marden, executive director of the nonprofit. “We thought, ‘We should go with that.’”

Local artists such as Anika Youcha, Ben Roth and Shannon Troxler Thal have submitted pieces for the online auction, which starts today and ends at 11:45 p.m. Tuesday. Thomas Mangelsen, Kay Stratman and Eliot Goss also have work in the show. There are 18 pieces.

Horse Warriors fuses art, journaling and family connections in its program, which it expanded to Star Valley 10 years ago.

Money from the auction will go directly to feed for the program’s horses. Although much of its programming has been scaled back this year, the horses’ needs still continue, including about 70 tons of hay each year, Marden said.

“They eat whether money comes in or not,” she said. “We are keeping our doors open.”

Auction art can be viewed and bids are being taken now at 32auctions.com/horsewarriorsart2020. Starting bids range from $25 to $750. Most pieces are about $200, and many have horse themes.

In addition to paintings there are also cutting boards and blown glass vases.

This will be Horse Warriors’ main fundraiser of the year, and Marden hopes people will remember the program and its animals.

Children’s Museum is back

After six months of being closed the Jackson Hole Children’s Museum opened its doors to the public Monday with new guidelines in place.

“We now look forward to reopening to the public,” museum staff said in an announcement, “and welcoming back the youngest members of our community to explore in our Museum play space.”

Only 12 guests are welcome in the museum at a time, guests will have their temperatures taken and undergo a simple health screenings upon arriving, masks are required for adults and recommended for children over the age of 3, and the museum will be cleaned after every two-hour play period.

Members of the nonprofit museum can make reservations on line. Non-members can walk in only, and must call to check for availability ahead of time.

For details on pricing and availability go to JHChildrensMuseum.org.

A reimagined “Night at Hogwarts” will give Harry Potter fans a “magical night at home,” Teton County Library promises.

For the fourth year the library invites kids from 8 to 17 to celebrate Harry Potter, Hermione Granger, Albus Dumbledore, Rubeus Hagrid and all their other favorite characters and stories from author J.K. Rowling’s insanely successful young adult series.

Because this year’s event won’t be in person the library will be able to invite twice as many kids.

“The first year started as an after-hours event for 80 kids,” said Beth Holmes, youth programs coordinator for the library. “The second year we added a public day event that saw approximately 400 people. Last year, in addition to the two events from the previous year, we added a Harry Potter trivia event for adults.”

Registration for the event opened Oct. 3. Participants will claim 150 “take-home boxes” that contain guided reading activities and some corresponding surprises. A copy of “Harry Potter and the Sorcerer’s Stone,” the book that launched the literary phenomenon way back in 1997, is also included. Kids can read at their own pace.

Holmes said library staffers started thinking back in April about how to modify the program for coronavirus safety.

“Large programs like this take a lot of planning and preparation,” she said, “so we knew we wouldn’t be able to switch gears on short notice if restrictions continued through October. The decision was made at the beginning of summer to make this a take-home event. It is our hope that the kids will enjoy this new experience just as much as something they would have participated in in previous years.”

For information and to register, go to TCLib.org/hogwarts.

Time for a good fall cleaning

Similar to the traditional spring cleanup, the fall cleanup will span a week, from Oct. 12 through Oct. 18.

According to coordinator April Norton, one of the busiest summers Jackson Hole has ever seen called for another cleanup.

“The idea for this fall cleanup is to expand our typical spring cleanup cleaning area to include all the roads and parks within the developed areas of our county plus popular spots on our public lands,” she said. “We are working with our public land managers to identify those areas that may need the most love and will assign people and groups to different spots to clean.”

Norton looks at the event not only as a great way to give back to the community but also a reason to get outdoors with family.

Throughout the cleanup week volunteers will be encouraged to send in photos of the fruits of their labor and receive prizes donated by sponsors, which so far include Energy Conservation Works, Rendezvous River Sports, Wilson Backcountry Sports, Teton Mountaineering, Pica’s, Skinny Skis, JH Stillworks, Jackson Hole Chamber of Commerce and Blue Collar Restaurant Group.

To sign up to volunteer, email jhcleanup@gmail.com with the day you’re available; to become a sponsor, email aaron@jacksonholekayak.com.

A talk in the ‘Gardens’

Embracing the virtual format of the times, Off Square Theatre hosts a free online book club for plays called Off Script.

This month’s play is the new comedy “Native Gardens,” by Karen Zacarias. Anyone is invited to log on to Zoom at 7 p.m. Oct. 15 to listen in on Zacarias and Sabina Zuniga Varela talk about the play.

The story involves neighbors turned enemies. Pablo, a rising attorney, and his wife Tania, a doctoral candidate who is expecting a baby, buy a home next to a well-established Washington, D.C., couple, Frank and Virginia, who have a prize-worthy English garden. When a planned barbecue for Pablo’s colleagues and a dispute over a long-standing fence line spirals into an all-out border dispute, both couples’ ideas about race, taste, class and privilege are brought to the fore.

People should read the play in advance. Off Square has copies to borrow. Register at OffSquare.org to get the link to the Zoom meeting. For information, email info@offsquare.org.