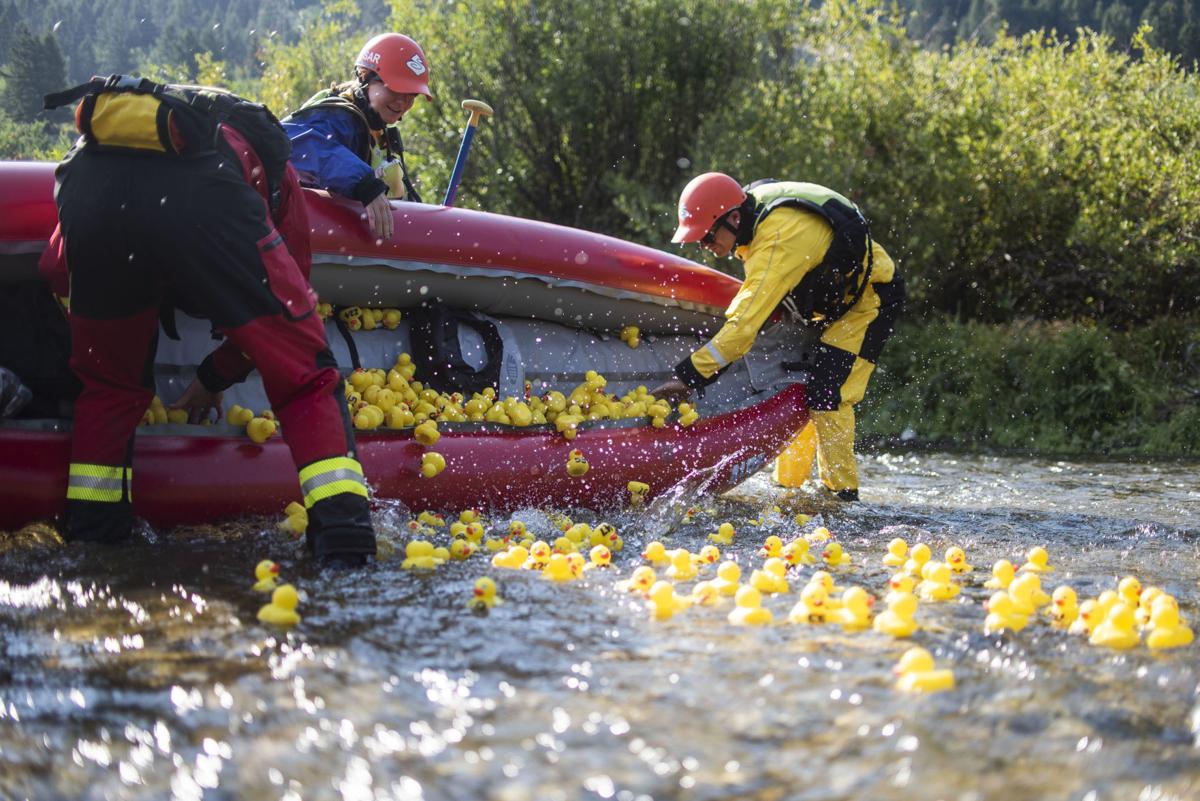 Jackson Hole Search and Rescue members dump more than 200 rubber ducks into Flat Creek for the start of the Rubber Ducky Regatta at Russ Garaman Park on August 13. After going virtual in 2020 because of the pandemic, Old Bill’s is on the calendar for Sept. 11, pivoting again to a mostly virtual outreach and fundraising strategy. 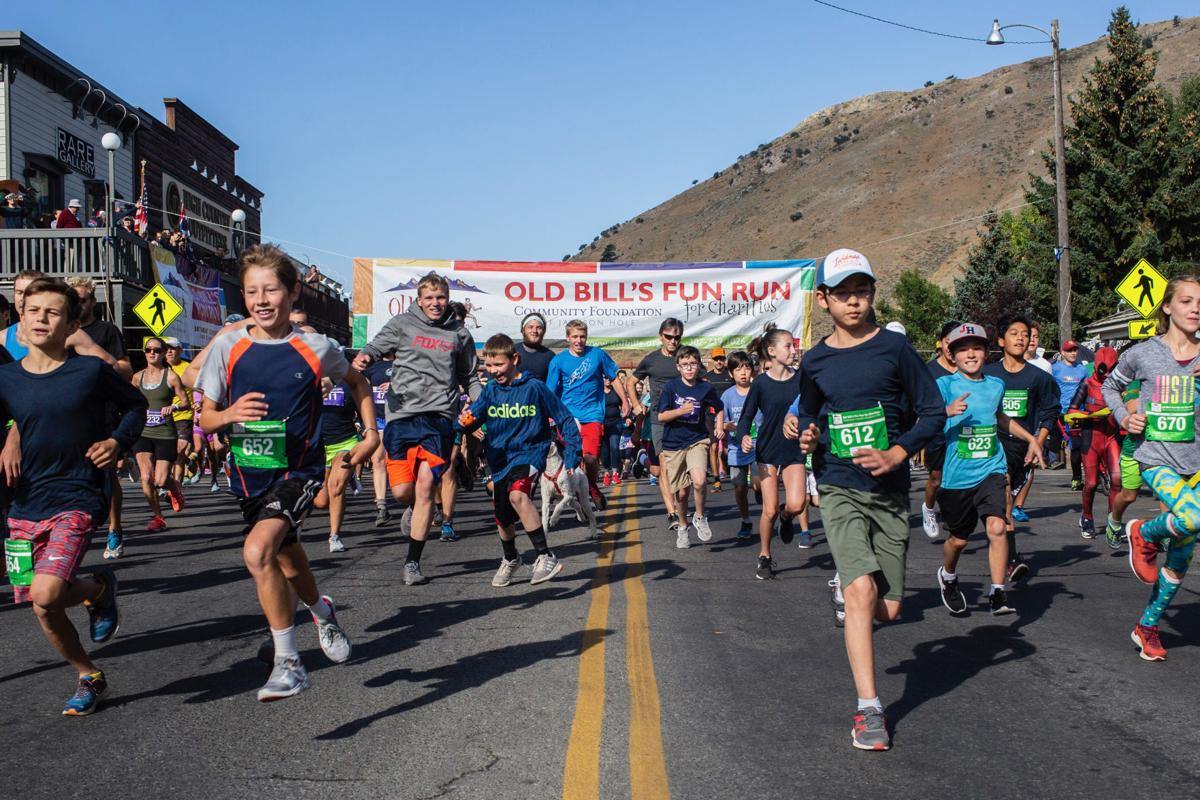 Old Bill’s Fun Run for Charities participants take off from Town Square in 2018. This year’s event will be virtual given the rapid increase of COVID-19 transmission in Teton County.

Old Bill’s Fun Run is in full swing — virtually — for the 25th anniversary of the event that has so far generated nearly $200 million for participating nonprofits.

Like last year, the usual in-person fun run-walk has been canceled due to rising COVID-19 cases, but nonprofits can count on other activities from Countdown Week to the Old Bill’s Scavenger Hunt to help generate money and participate through socially distanced gatherings in their offices, outside or over the internet.

It’s possible, maybe even likely, that this year’s fundraiser could surpass last year’s in terms of donations.

“That’s the goal,” said Suzanne Rees, the Community Foundation of Jackson Hole’s Old Bill’s and special projects coordinator. “We’re seeing a lot more engagement from nonprofits. Everyone gets the ways to engage with each other virtually.”

During Countdown Week, which started Monday and continues through Friday, the Community Foundation encourages nonprofit staff and leaders to plan a creative display at their offices, an interactive activity inspired by their mission, a costume rally or other activities.

Whatever activities organizations choose, the Community Foundation will capture and share it on social media.

Additionally, instead of the in-person fun run, Old Bill’s organizers will publish different running routes ranging from 5 to 10 kilometers that participants can do alone or in small groups.

The usual run was initially planned in a revised setting because of COVID-19 risks, but a further surge that drove Teton County’s risk level up to red, or high, rendered any form of a large in-person run unsafe, the foundation stated. The COVID-19 risk level of red means the county now recommends that people socialize virtually, avoid crowded spaces, limit travel and reduce their number of errands.

Regardless, based on last year’s experience and faith in the community, organizers say the 25th anniversary of the event will be as good as it ever was.

“The spirit of Old Bill’s is powerful,” said Laurie Andrews, the president of the Community Foundation, “and I know we can take care of each other, celebrate the 25th anniversary, and make this year spectacular.”  

Throughout the town of Jackson