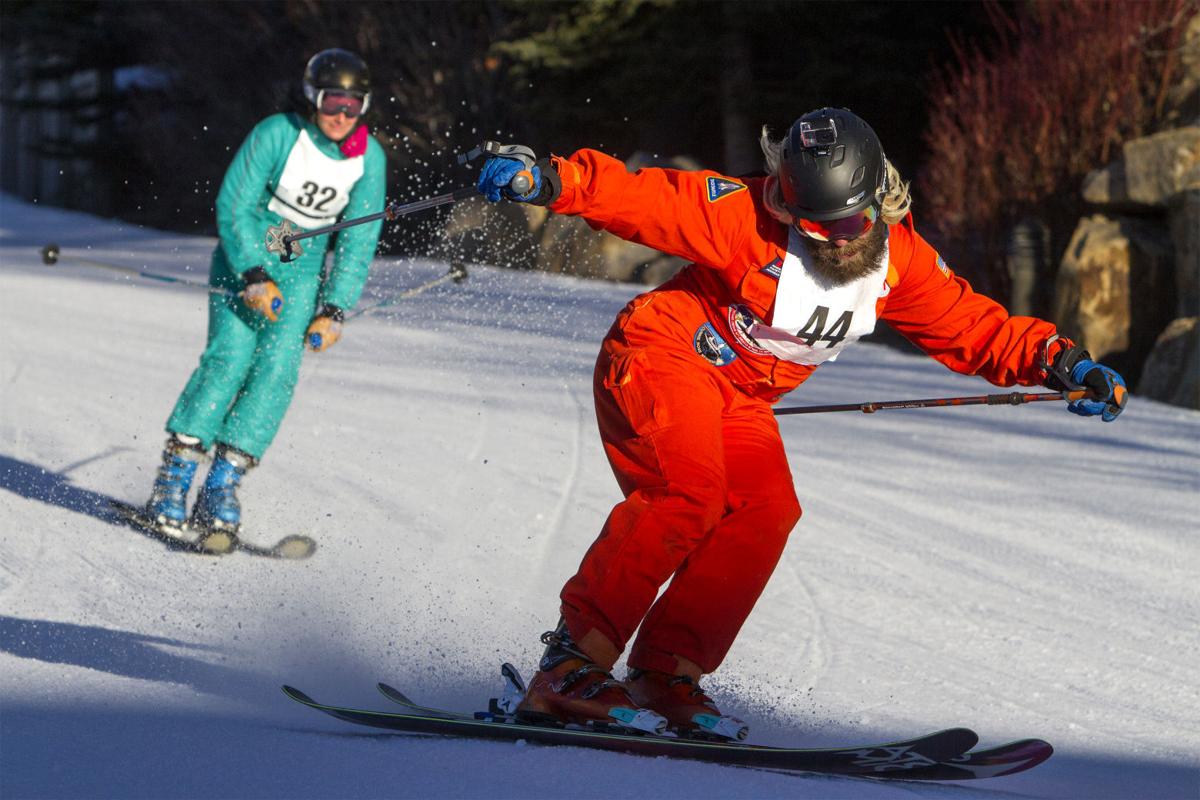 Danny Holland of the Stio Bucking Jackalopes wraps up the alpine leg of the Pole Pedal Paddle in 2016. 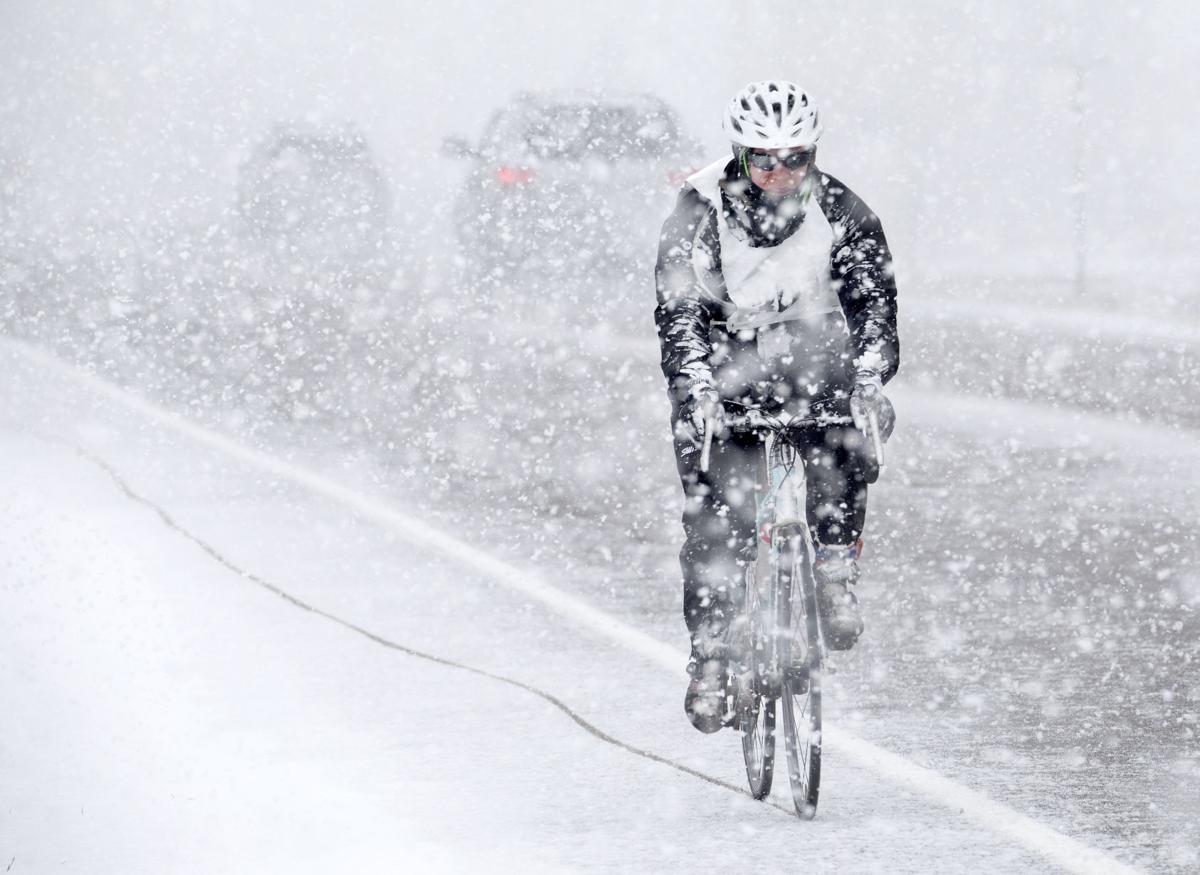 Jenna Malley endures a heavy spring snow flurry while biking along the Moose-Wilson Road during the 2018 Pole Pedal Paddle race. 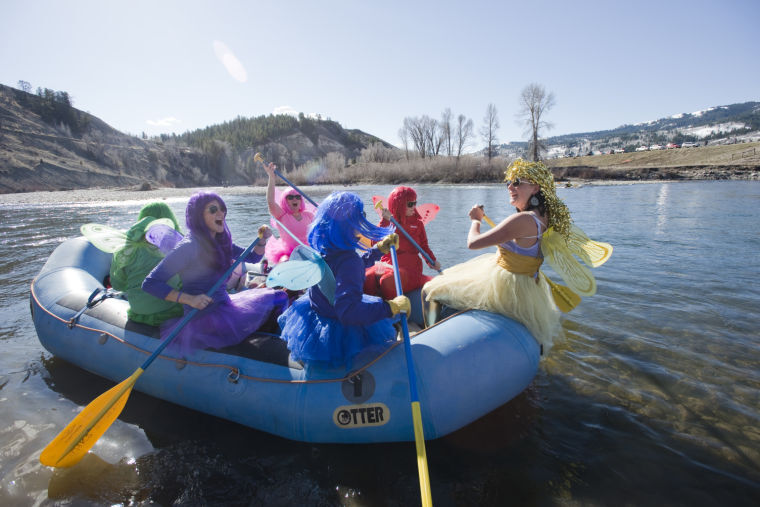 Margie Boyd, Hillary Foster, Katie Metzler, Rachel Porterfield, Lynley Scatchard and Gabby Kouchacki start the Snake River leg of the Pole Pedal Paddle in 2015. Due to COVID-19, teams will be limited to four participants this year.

Danny Holland of the Stio Bucking Jackalopes wraps up the alpine leg of the Pole Pedal Paddle in 2016.

Jenna Malley endures a heavy spring snow flurry while biking along the Moose-Wilson Road during the 2018 Pole Pedal Paddle race.

Margie Boyd, Hillary Foster, Katie Metzler, Rachel Porterfield, Lynley Scatchard and Gabby Kouchacki start the Snake River leg of the Pole Pedal Paddle in 2015. Due to COVID-19, teams will be limited to four participants this year.

Competitors in the Pole Pedal Paddle race are used to persevering: Through spring snow squalls that seem to hit with some regularity, through logistical challenges of managing gear for four or five different sports, through the typically stiff Wyoming wind on the cycling and river legs in particular.

In 2020, participants were hit with two additional Ps: pandemic. Postponed.

After a year of coping with COVID-19, this week the community welcomes back the PPP, a celebration of Jackson Hole’s athletic traditions and as much a rite of spring as baseball’s Opening Day or the arrival of the Easter Bunny.

While the event will follow its traditional course and weather conditions look modestly favorable, this year the race will lack its unofficial fourth P — party. In a nod to continued vigilance about protecting public health, the host Jackson Hole Ski and Snowboard Club has eliminated the post-race party at Astoria Hot Springs.

“We’ll give you an air high-five as you cross the finish line,” said Ali Sehnert, the club’s director. “Then you can go home and recount your race virtually.”

Sponsored by Rendezvous River Sports and held in memory of Karen Oatey, a competitor who died during the race in 2015, the Pole Pedal Paddle combines alpine and Nordic skiing with running, cycling and river running. Competitors start with a giant slalom course from the top of Teton Lift at Jackson Hole Mountain Resort, then run 1.3 miles to Shooting Star, ski 4 miles on the Nordic track, cycle 18 miles to the Snake River and paddle 10 miles to the finish.

The race is open to individuals and teams — including the fun class. While the official post-race festivities with DJ and tent won’t happen, the festive spirit remains. Costumes are still encouraged, and Sehnert stressed that participants of all ability levels are welcome.

The Ski Club hosted many events safely throughout the winter. The goal is “honing in on the joy of the race itself and the action,” Sehnert said.

Begun in 1975, the PPP has drawn up to 500 participants at its peak, ranging from chiseled Olympians to cleverly costumed clowns. Couples, families and businesses traditionally field teams.

The deadline to register is 5 p.m. today (April 7). Entry fees are $80 for individuals and $65 per team member for the racing classes and $110 per team for fun and family classes. There is a maximum this year of four people per team. For registration and information, visit JHSkiClub.org/polepedalpaddle.

Weather is always a challenge for organizers and racers. So far the Nordic track at Shooting Star is holding up, but unseasonably warm weather could force cancellation of the Nordic leg in favor of a longer run.

Because of highway construction, the river leg from South Park to Astoria will start at Von Gontard’s Landing (east bank of river, north side of bridge), as it used to before the new bridge was built. And there is a new feature on the river, a mild but fast series of waves about 4 miles downstream between South Park and Hoback Junction. The Snake River Fund has warned all boaters to be prepared and exercise additional caution.

There will be cash prizes of up to $500 for winners of the racing classes, and further prizes will be distributed by raffle, for which the club is still working out details.

Aaron Pruzan, owner of sponsor Rendezvous River Sports, has been a PPP competitor every year but one since 1993, as a solo racer, then as a couple with his wife, Tamsen, and eventually as a family. Pruzan hailed the return of the race, which he called the “quintessential kickoff” of river season.

After wintry weather in 2018 and 2019 — some of the most brutal conditions for cycling in the race’s history — the PPP is due for a sunny, warm day, Pruzan said, laughing.

And with the club moving the race back a week to coincide with the end of the school district spring break, he said, “it will be fun to see how many people come back to town for the event.”