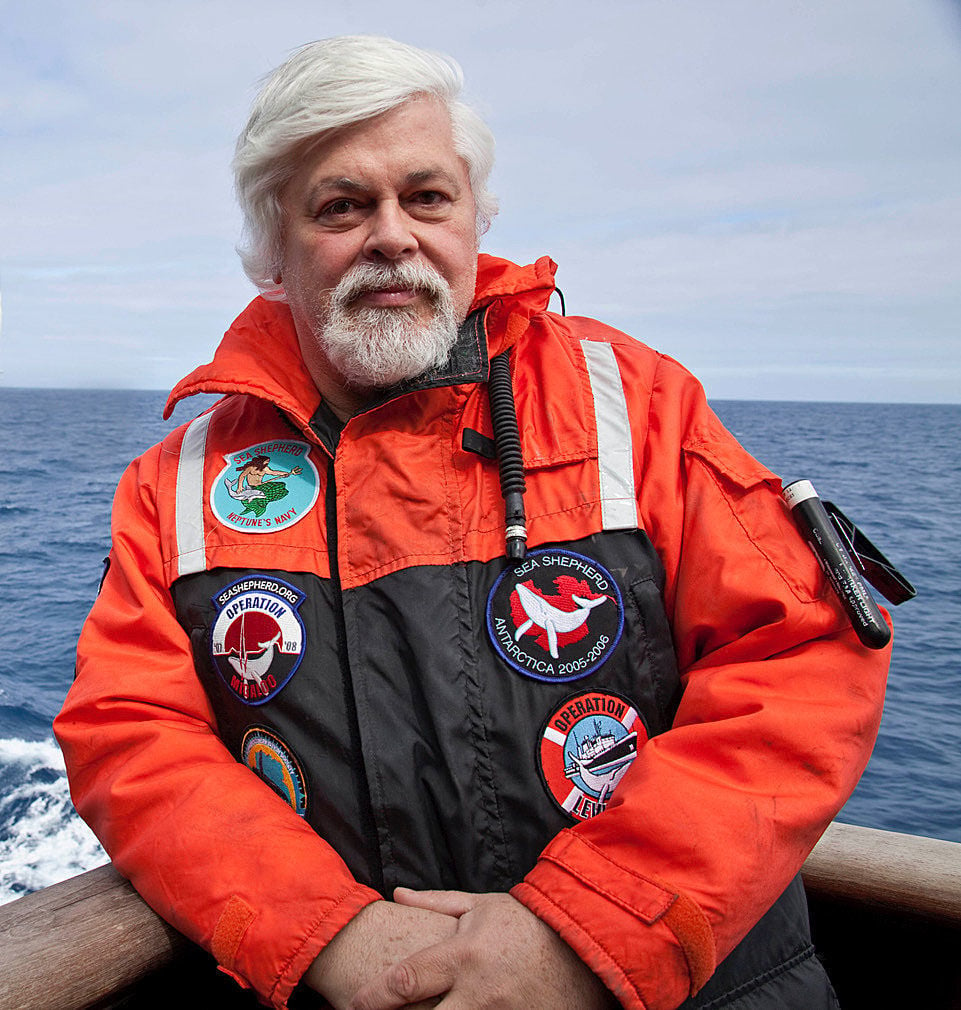 Paul Watson is the founder of the Sea Shepherd Conservation Society, which takes an interventionist approach to stopping illegal extractions from marine ecosystems. 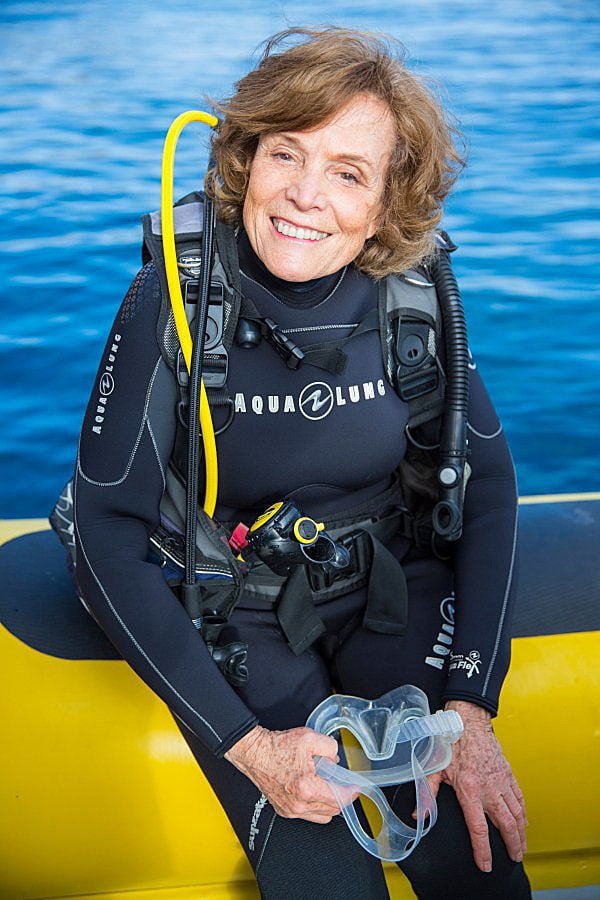 Sylvia Earle is a world-renowned oceanographer, the founder of Mission Blue and a National Geographic explorer in residence. She and Watson will speak Sunday at the Center for the Arts.

Paul Watson is the founder of the Sea Shepherd Conservation Society, which takes an interventionist approach to stopping illegal extractions from marine ecosystems.

Sylvia Earle is a world-renowned oceanographer, the founder of Mission Blue and a National Geographic explorer in residence. She and Watson will speak Sunday at the Center for the Arts.

It’s about 700 miles from Jackson to the Pacific Ocean, 2,000 or so to the Atlantic and about 3,500 to the North Atlantic, where in 1986 anti-whaling activists from the Sea Shepherd Conservation Society sank two Icelandic whaling vessels in Reykjavik Harbor.

Still, attention will be on all three at the Center for the Arts on Tuesday, when Paul Watson, the founder, president and executive director of Sea Shepherd, and Sylvia Earle, a famous oceanographer and scientific communicator, will sit down for a conversation about our oceans.

Though Watson and Earle’s methods differ, Watson said direct action activism, like the kind he’s championed with Sea Shepherd, and Earle’s communications- and awareness-focused work both have a place in the environmental movement.

“Whether there’s litigation, legislation, education or direct intervention, you have to go where your passion guides you.”

In Earle’s case that passion guided her toward marine biology, the deep sea (she founded three companies that focused on creating equipment for exploring the depths) and the founding of Mission Blue, a global activist group that raises awareness for “Hope Spots,” areas of the ocean that require additional protection.

In 2009, when she introduced the idea in a TED talk, only a few parklike programs called marine protected areas were protected. As of 2018, a study found that percentage stood at only 3.6%, despite a goal set by the United Nations to reach 10% protection by 2020. In an era when coral reefs are dying as the ocean acidifies because of increased carbon, that’s a big discrepancy.

“Most of the oxygen in the atmosphere is generated by the sea,” Earle said in her TED talk. “Over time more of the planet’s organic carbon has been absorbed and stored there. The ocean drives climate and weather, stabilizes temperature, shapes Earth chemistry … and provides home for about 97% of life in the world, maybe the universe.”

Watson, who shares Earle’s concern for the ocean (if “the ocean dies, we all die,” he said) has taken a more radical approach toward protecting some of its inhabitants.

With Sea Shepherd he has engaged in years of direct action and confrontation, with vessels engaged in illegal extraction — whaling and otherwise — across the world’s oceans. He’s earned himself a spot on an Interpol red list based on complaints from Japan, as well as years of legal trouble from the Costa Rican government, and a designation as an “eco-terrorist” from Greenpeace, of which he claims to be a founding member. The environmental organization has since disputed that characterization.

All of Watson’s tactics funnel back to a central idea: “monkeywrenching,” or attacking the machinery used to destroy the environment without hurting anybody in the process, in the service of the marine life he hopes to protect.

Like the Icelandic whaling ships, Watson said he destroys only property used for illegal purposes. He oversees a fleet of ships that operate in conjunction with governments across the world in Africa and Latin America.

All of that bears a striking contrast to Sylvia Earle’s education-oriented approach. But as Watson said, they’re in the fight together, united under a common goal: protecting the seas.

“This is not the planet Earth; this is the planet ocean,” Watson said. “The ocean is water in continuous circulation. The water is life. So whether it be in the sea, in the atmosphere, in the ice or underground or in the cells of every living plant and animal, that is the ocean. We are the ocean. And, therefore, what affects one part of the ocean is going to affect every other part.”

Earle, who could not be contacted for this article, and Watson will speak at 6 p.m. Sunday at the Center for the Arts as part of the Center of Wonder’s “Voices of Wonder” series. Both are in town for the Jackson Wild Summit.