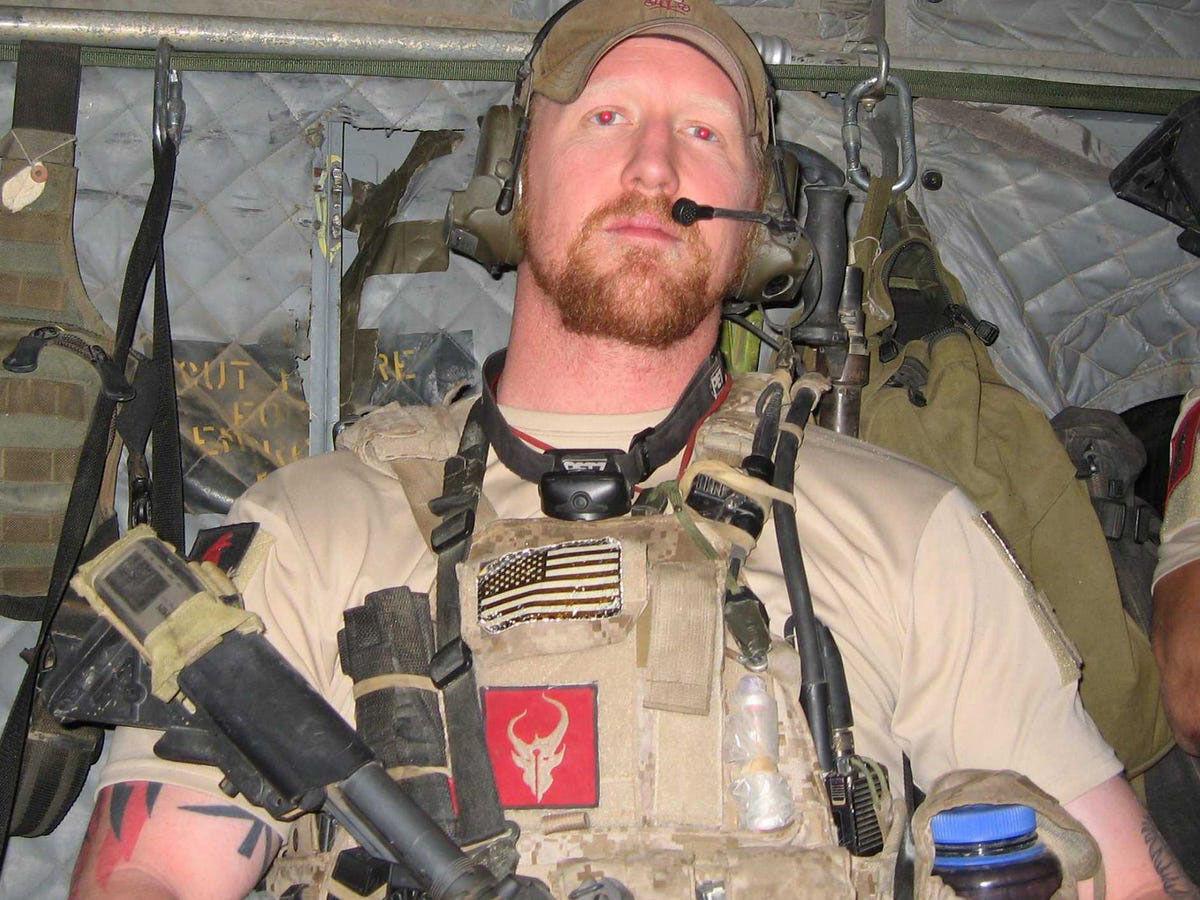 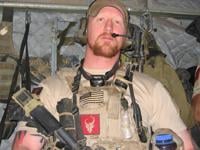 Rob O’Neill on his way to work during his time as a Navy SEAL. He served 16 years. 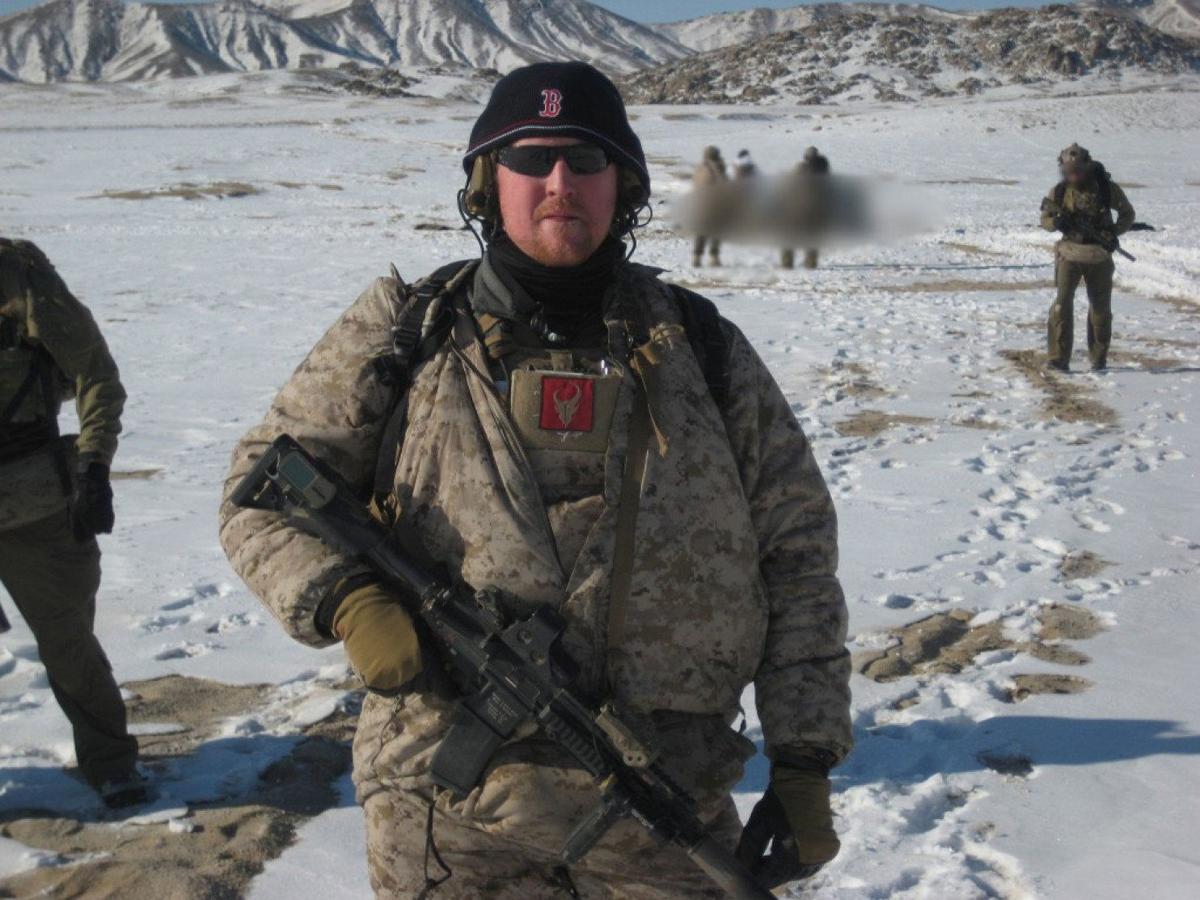 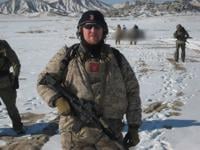 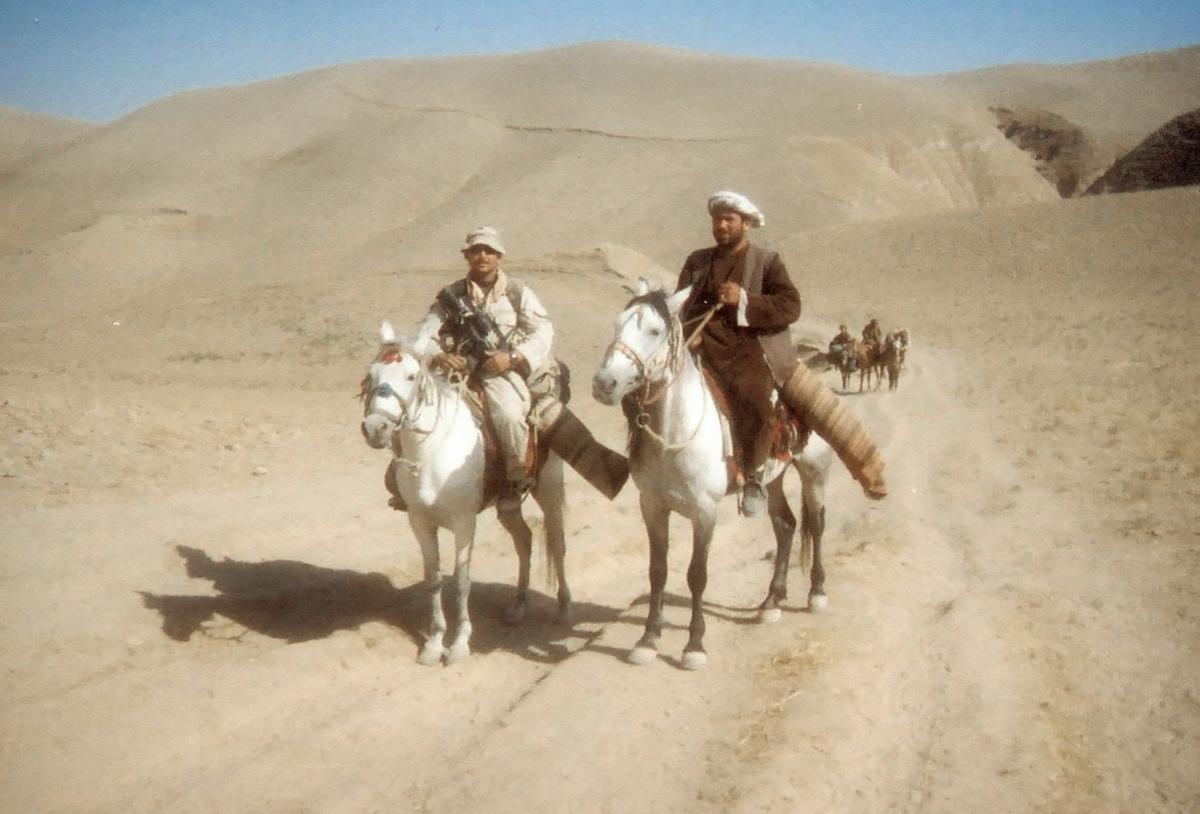 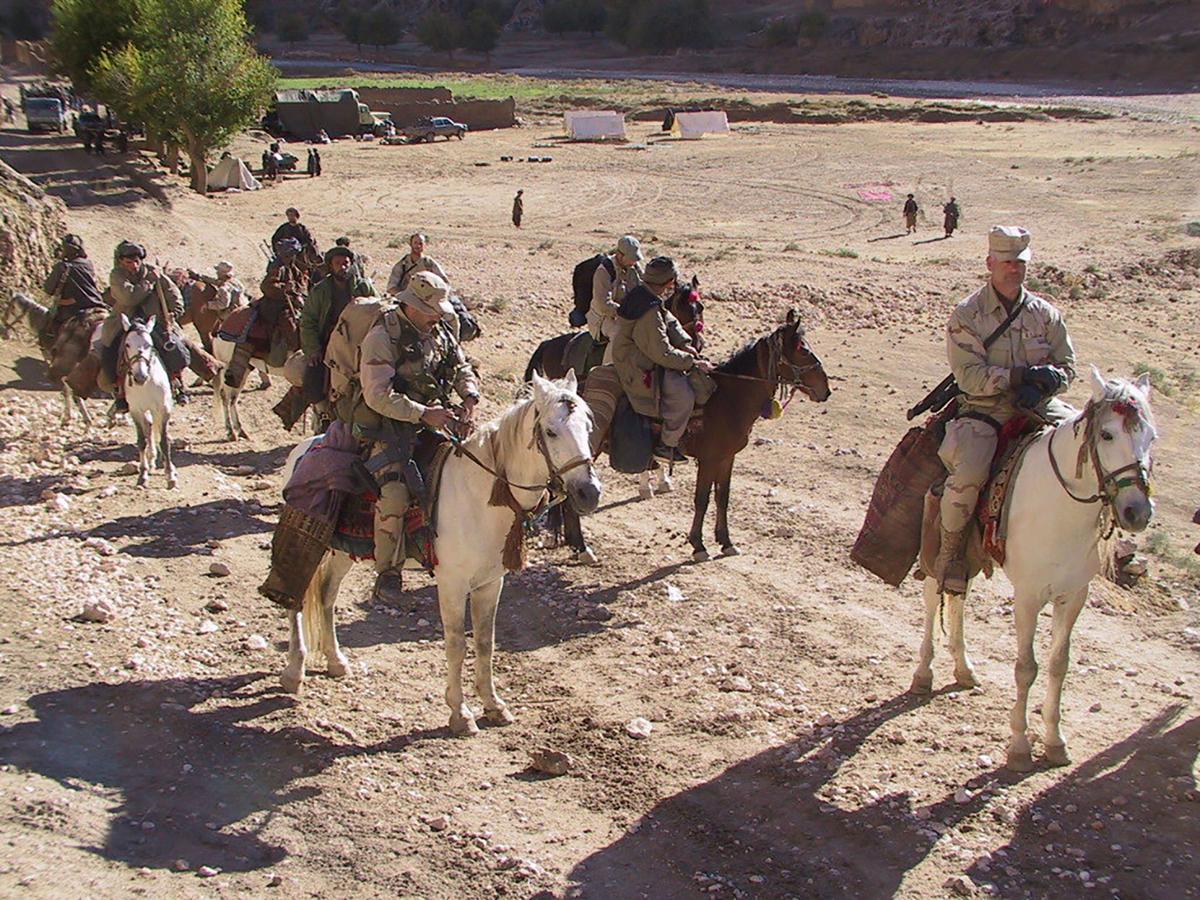 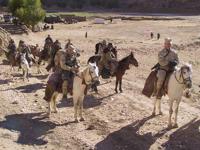 Army special forces troops mount up for the mission to kick the Taliban out of Afghanistan 20 years ago. 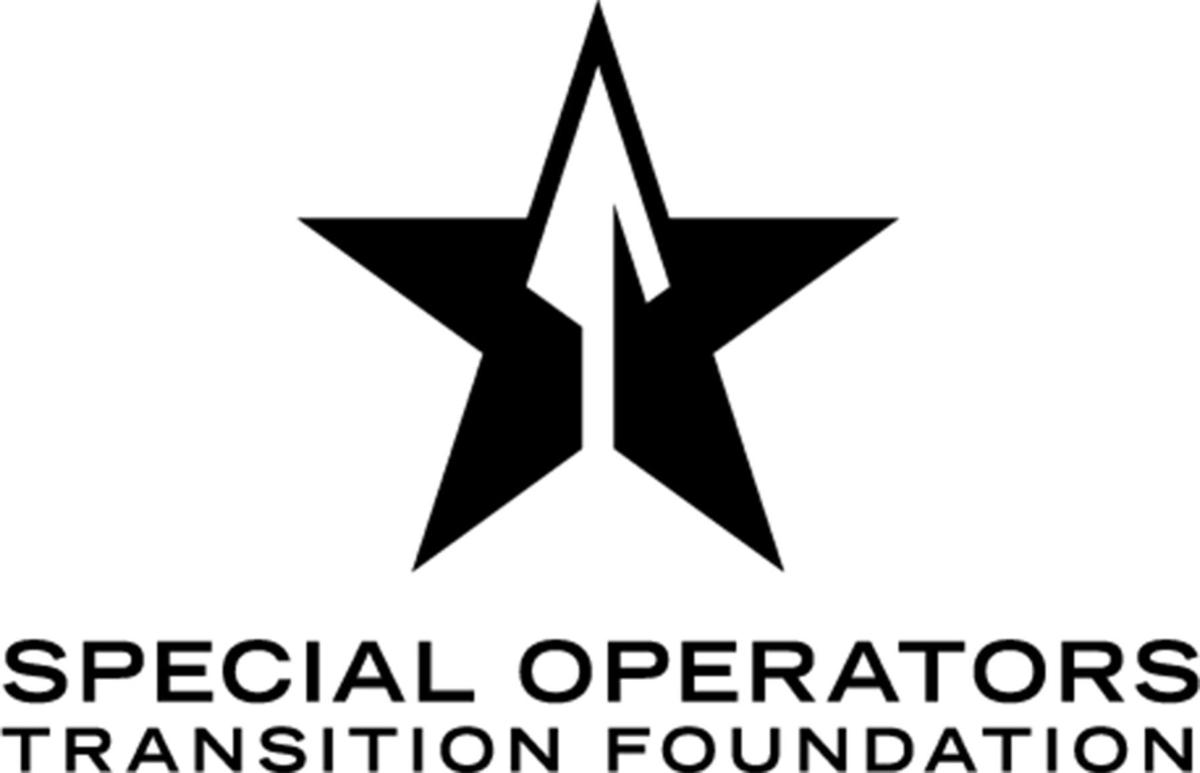 Rob O’Neill on his way to work during his time as a Navy SEAL. He served 16 years.

Army special forces troops mount up for the mission to kick the Taliban out of Afghanistan 20 years ago.

Most Americans remember where they were when they watched Barack Obama walk toward them on the television, stop at a podium and announce that the U.S. had “conducted an operation that killed Osama bin Laden.”

He watched the announcement at the U.S. air base at Bagram, Afghanistan, and he wasn’t alone.

“I was eating a breakfast burrito, bin Laden’s body was 2 feet away from me and the FBI was doing the DNA test to be sure it was him,” O’Neill said last week.

The premier terrorist in the world, the man who planned the 9/11 attack on the World Trade Towers that killed 2,800 people who had left home a couple of hours before to go to work or catch a flight, that man was dead while Rob O’Neill ate. Because Rob O’Neill shot him.

O’Neill, a Navy SEAL for 16 years, will be in Jackson on Sept. 7 and 8 to talk about his special forces career and the trip to Pakistan that ended bin Laden’s career. The visit includes two events designed to raise money for the Special Operators Transition Foundation, which helps U.S. special forces troops find civilian jobs.

Back in May 2011 a dead bin Laden and an O’Neill watching TV weren’t guaranteed. Just days earlier, O’Neill and a team of 28 quickly gathered SEALs had been briefed about their mission. Even as they prepared to go, being given partial information, the team was filling in the gaps as they prepared to head into Pakistan.

The SEALs heard from a CIA agent that “this is real, this is not a drill,” O’Neill said. They were told, “We found this thing, and this thing is in a house, and you’re going to go and get this thing and bring it back to us.”

As it began to dawn on the SEALs just who “the thing” was and what they were being ordered to do, it couldn’t help but bring “a mix of emotions.”

It seemed a bit ambitious: “We know it’s a one-way mission, we know we’re going to die, we know it,” O’Neil said. “But it’s like the ‘Braveheart’ speech, the ‘when you’re dying in your beds many years from now’ speech.”

In the movie “Braveheart,” William Wallace, played by Mel Gibson, asks his outmanned army of Scots if they would rather back down and live as vassals of the English or stand up and risk death to do the right and glorious thing.

The likely outcomes of the mission to capture or kill bin Laden, O’Neill said, seemed bleak: shot down, big gunfight, Osama blows himself up, we run out of fuel, we run into the Pakistani police, we die, we go to prison.

But O’Neill remembers no doubt, said the reaction to the briefing was “This is why we’re here.”

“It was for the people who were killed on 9/11, we had to do it for them,” O’Neill said last week. “We were doing it for the passengers on Flight 93, the first Americans to fight Al-Qaida, we were fighting for the people in the Pentagon.”

The team flew in two helicopters to a compound near Abbottabad, without giving heads-up to the Pakistani government. One of the choppers crashed landed and was out of service. The SEALs broke into the compound, not knowing the layout of the buildings, firing and taking fire, going from room to room in the dark.

In the last room on the third floor, O’Neill and partners found who they were looking for and fired. Bin Laden, who had escaped American forces 10 years before in the invasion of Afghanistan, was hit three times, including once above an eye. There’s another SEAL who thinks he fired the fatal rounds, but O’Neill is sure he killed the 9/11 mastermind. Despite losing a chopper, the team was back in the air 38 minutes after it arrived at its target. There were no American casualties.

But when O’Neill left the Navy two years later — as a senior chief petty officer, four years short of a pension — he found that being the right man for a commando raid wasn’t what most people saw as good qualifications for civilian life. After some time and thought he saw it differently. He decided that with a little help, the people he had fought with during his career had a lot to offer.

SEALs and other special troops organizations — the Army’s Green Berets and Rangers, Marine Raiders, various Army and Air Force aviation units — recruit and train people who are resilient and adaptable, team-focused, smart, truthful and “know how to solve a problem,” O’Neill said.

O’Neill said that during his service he was “lucky to get to wake up every day and go to work with people who were better than me.” He said those people might have difficulty moving to life in the U.S., but when they do, they perform.

He found some help and created what’s called the Special Operators Transition Foundation. The nonprofit aims to link troops with careers, and provides assessments, education, mentoring and introductions to likely employers.

Since 2014 the foundation has placed more than 240 special forces vets, including 43 in 2020. It receives applications from about eight a month.

Rob O’Neill’s visit to Jackson is designed to raise funds and seek long-term support for the work of the Special Operators Transition Fund. See the box above for information.  

Just a few days after the 20th anniversary of 9/11, the man who shot Osama bin Laden will be in Jackson to speak and raise support for the Special Operators Transition Foundation.

• On Tuesday, Sept. 7, Rob O'Neill will present "Road to Abottabad," a talk about the hunt for bin Laden and the final raid that killed him. The event will begin at 5:30 p.m. at the National Museum of Wildlife Art. Cost is $200.

• On Wednesday, Sept. 8, at 8 a.m., O'Neill and other special operations veterans will present "Tip of the Spear: U.S. Special Operations in Afghanistan." The breakfast discussion at Sidewinders Tavern will focus on the post-9/11 military response to fighting al Qaeda and the Taliban. It costs $200.

• O'Neill will also attend a special reception separate from the two events described. Interested people can also buy a special all-events package for $2,000.

For a breakdown or to register go to SOTF.org and find "events."

There is something very unseemly about this guy peddling his story about.