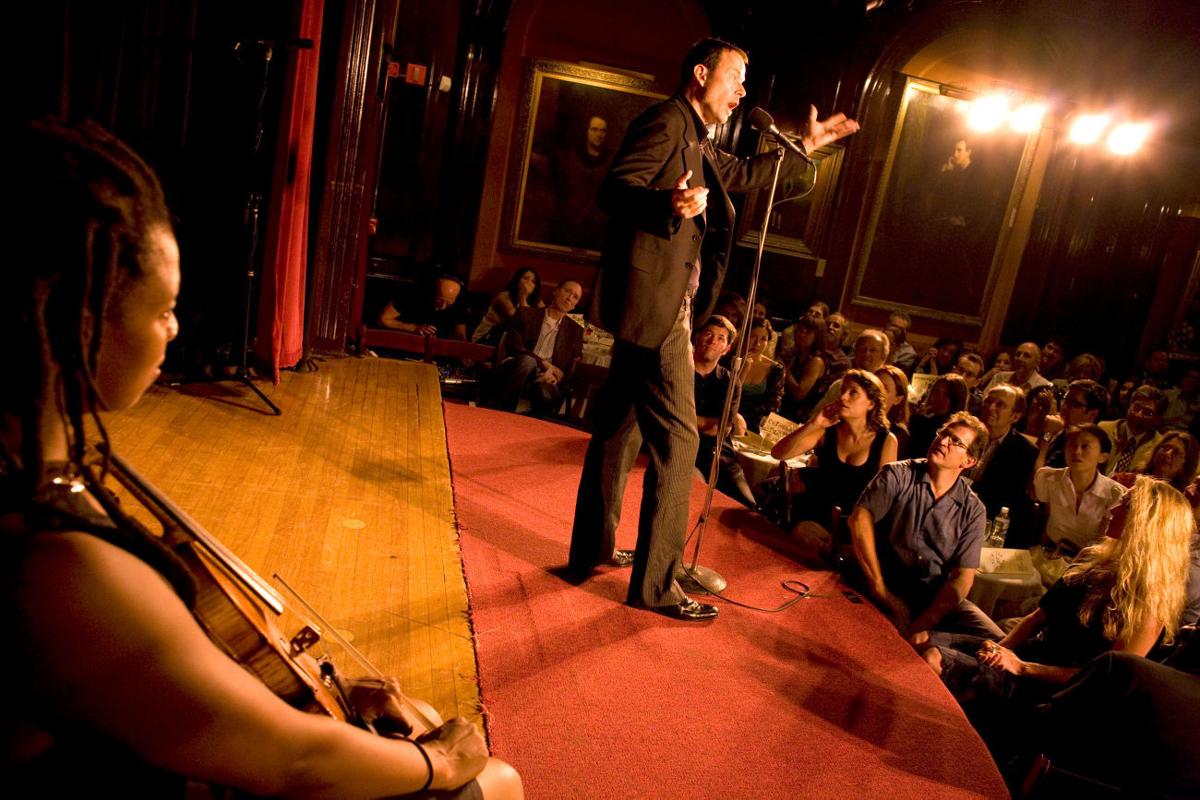 Five speakers, five stories: The acclaimed radio show “The Moth” is making its way to Jackson on Monday for a mainstage display of original storytelling. 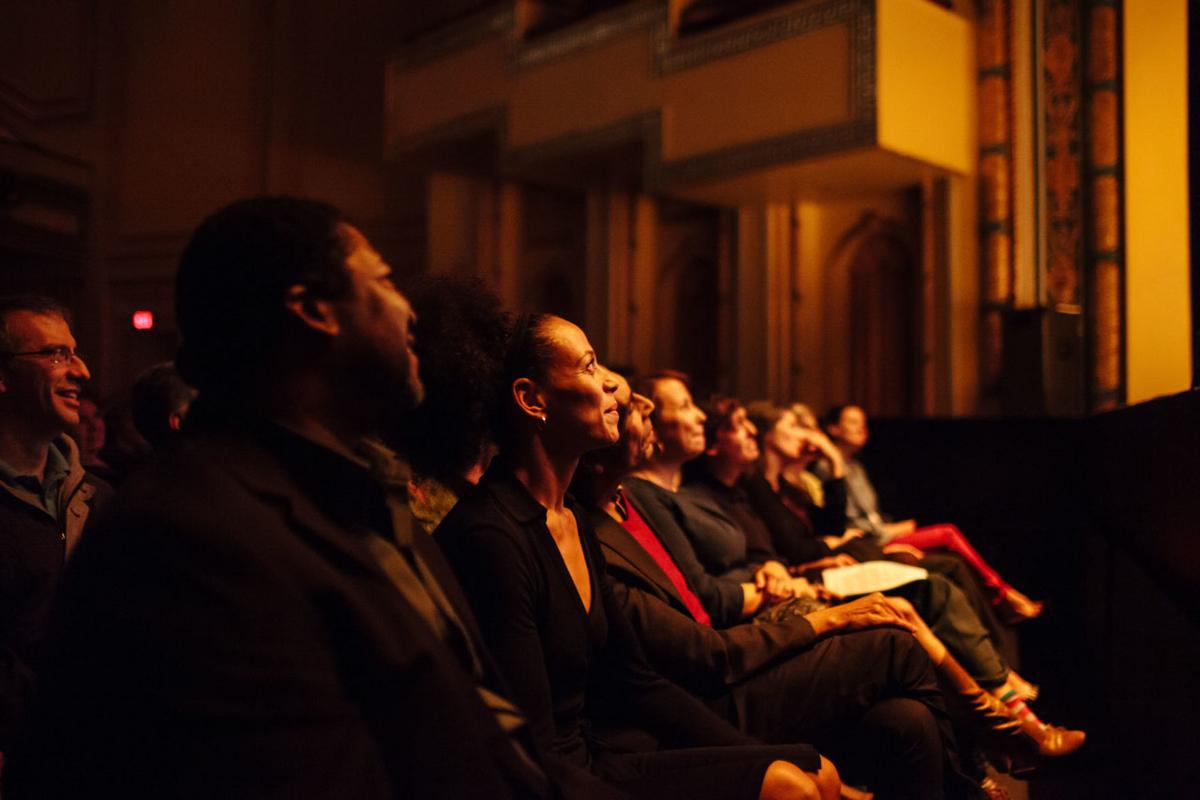 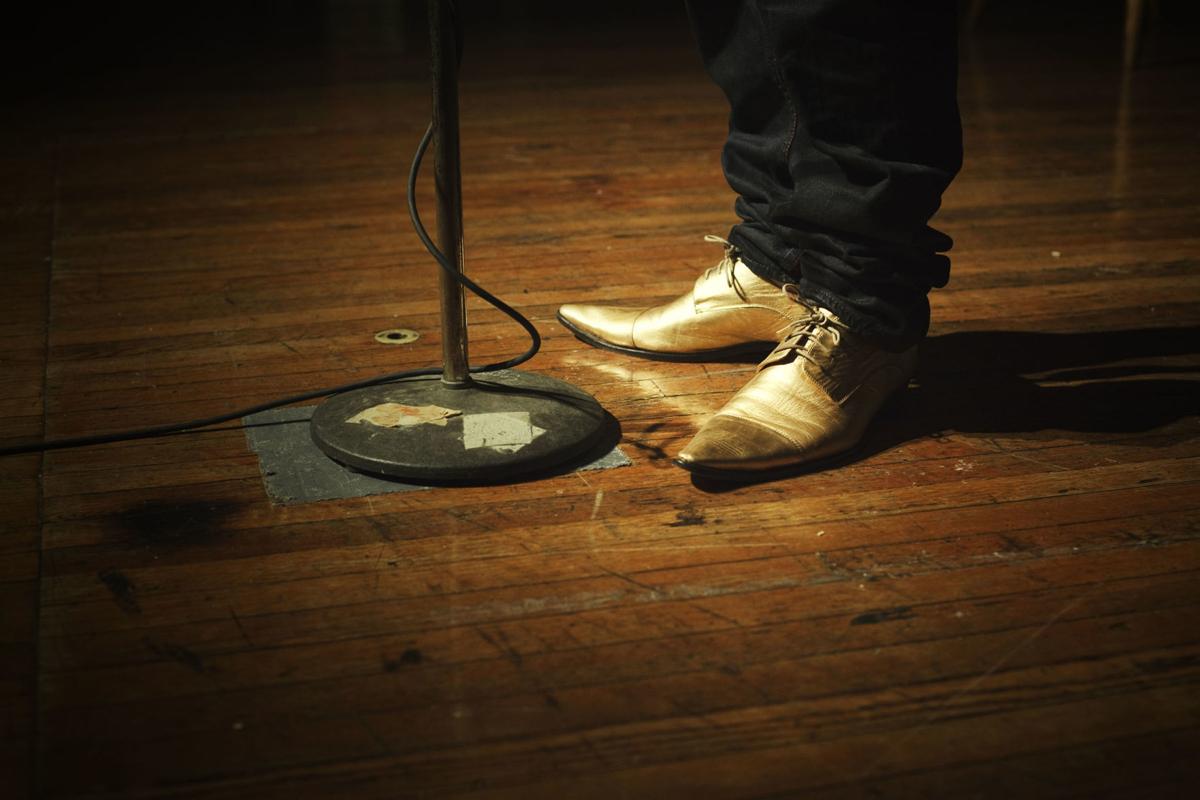 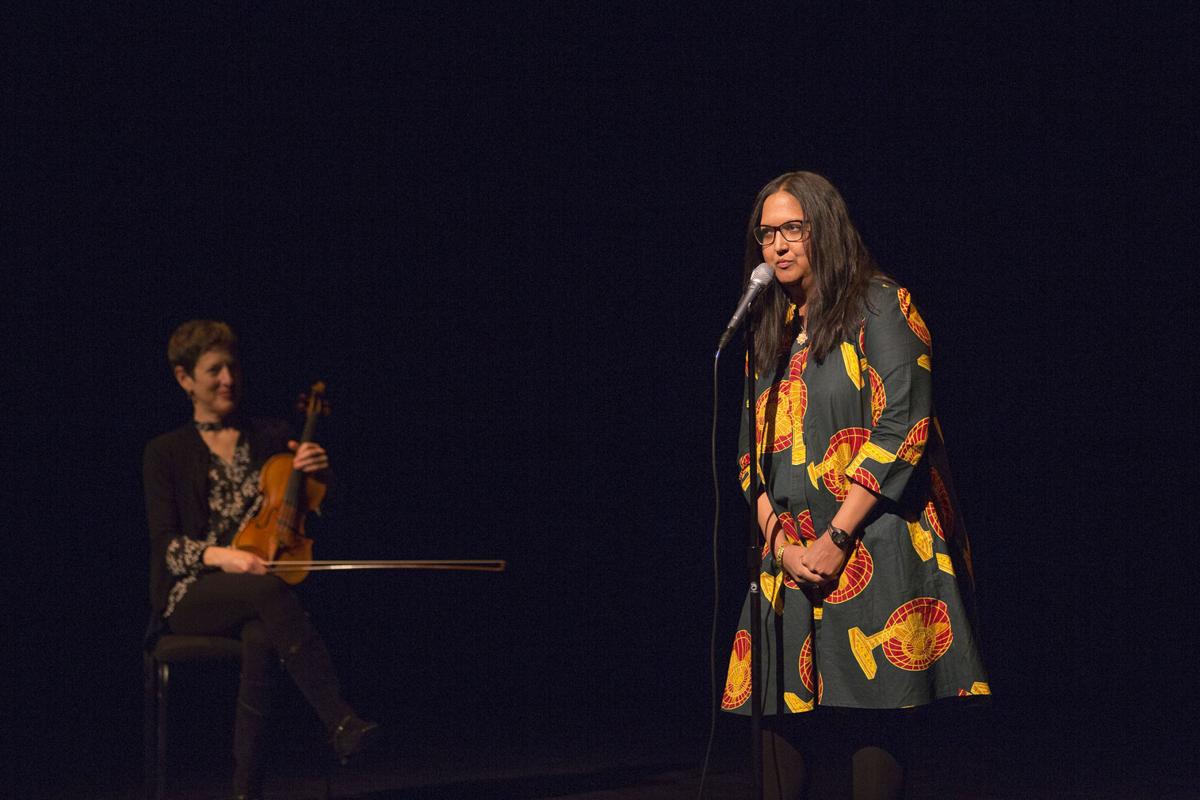 Nina McConigley tells a story during last year’s Moth Mainstage event at the Center for the Arts. 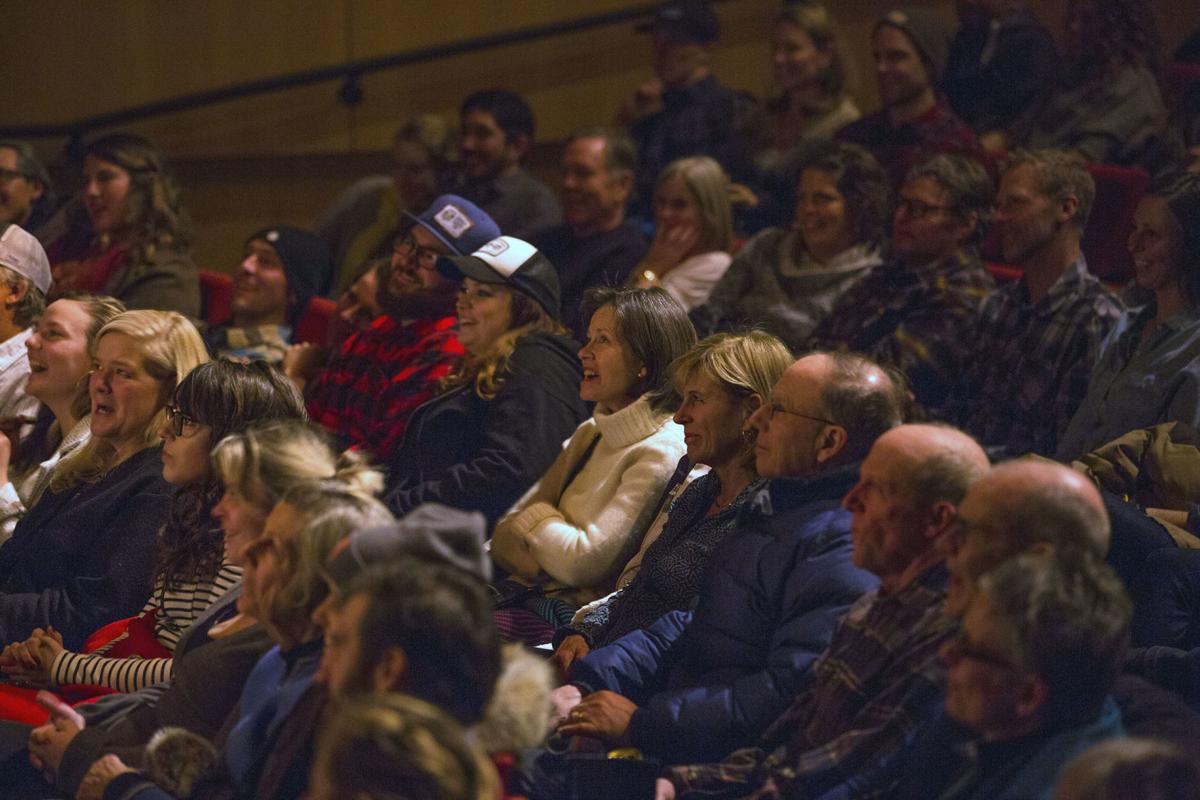 Audience members enjoy stories during last year’s Moth Mainstage event at the Center for the Arts.

Five speakers, five stories: The acclaimed radio show “The Moth” is making its way to Jackson on Monday for a mainstage display of original storytelling.

Nina McConigley tells a story during last year’s Moth Mainstage event at the Center for the Arts.

Audience members enjoy stories during last year’s Moth Mainstage event at the Center for the Arts.

The Pushcart Award-nominated author enjoys standing in front of the audience at the Pink Garter Theatre and weaving humorous anecdotes, which to him are the perfect format for the five-minute performances.

“My typical story is a smiling clown story, quick, sharp and funny,” he said.

Sometimes he wins, sometimes he loses, but the Teton County Library events have been great practice for his next foray into raconteurism, the Moth Mainstage at the Center for the Arts. The traveling storytelling show is coming to Jackson at 7 p.m. Monday, with three out-of-towners and two locals, Ross and Anne Marie Wells, ready to spin yarns on the theme of “Between Worlds.”

Beyond the Story Slam

Ross’ estimation of the Story Slam — that it is best served with a humorous anecdote — often rings true. The short format offers bards quick opportunities to hit emotional notes and end with a laugh, but the Moth is completely different.

Though each performer has just five more minutes than in the Story Slam, the doubling of the time is a big leap.

“A Story Slam story is by nature short,” said Larry Rosen, director of the Moth Mainstage. “Going from five to 10 minutes is huge.”

Rosen would know. As a storytelling coach for a decade with the Moth, he works with performers to craft their narratives, massaging both plot and time frame. In working with Ross he first heard some of the stories Ross thought would be a good fit for the event. Then he helped him pick one based on the thing that most defines a Moth story: a life-changing experience that resulted in a personal transformation.

“If you start with the idea that stories have to do with periods in our lives that were significant, then stand back and look at what makes it a story,” Rosen said. “You find that basically the story lives in where the change has happened.”

Though you’ll have to attend the event to find out what life-altering episode Ross has chosen to talk about, he described the editing process, which could best be called a paring down.

Starting with an abundance of content is ideal. It is easier to trim the fat from a story than to wind up short and have to grasp for scenes that fill it out. If change is the most important factor in a Moth story, having a plethora of scenes and characters gives a performer a lot to work with, a wealth of connections to delineate how the story unfolds.

The first thing to determine, Ross said, is who the characters were before their transformation and who they are afterward. In other words, defining the change is the start of the editing process.

Knowing what shift in character he is working toward helps Ross choose scenes, the next integral building block.

“You have to select one or two inciting incidents from which time everything next had to happen because of that,” he said. “For most real stories there are a couple of those crossroads.”

Just those two actions can cut a lot from a story. Who the characters were before the transformation can be summarized, so the tale can begin at the first crossroads.

“You say which information or story points you are going to include,” Rosen said. “Once you identify the trajectory and edit the story points, that’s the what.”

Of course, the what is important because it makes up the plot of a story. Particularly in oral storytelling, the sequence of events is crucial, but the how of the story creates the emotional impact and defines a character’s shift. In dissecting the how of Ross’ story, for instance, Rosen asked lots of questions, trying to help Rosen feel out which scenes were central to the story.

“Sometimes you have all this beautiful material and you have to throw out a bunch of ‘what ifs,’” Rosen said.

Once a story is edited, the scenes selected, the dialogue cut down and the conclusion practiced, it’s time for the main event. When Wells, Ross and the out-of-town presenters file on to the stage, Rosen will be in the audience “sitting and smiling, probably with tears in my eyes and my heart pumping.”

Rather than simply being a way to spend an evening, telling stories helps both Jackson presenters. Wells is the assistant director of Jackson Hole Writers and a playwright whose one-acts have been featured in Riot Act Inc.’s New Play Festival. Any time spent onstage telling stories is practice for both performance and to receive feedback on an original story itself.

For Ross, who writes fiction and has a forthcoming book, “Hunting Teddy Rossevelt,” from Regal Press that will be published spring 2020, the Story Slams and the Moth Mainstage are opportunities to learn about his audience, to see which jokes land and which parts of a tale need more description.

Sometimes at the Story Slams he might tell a story from the Vietnam War era, but those in the audience whose first remembrances of American foreign wars are those in Iraq and Afghanistan usually don’t catch the references, rendering the story confusing.

“Sometimes I throw in something about Ho Chi Minh,” he said, referring to the president of North Vietnam during the war, “and I’ll have to go back and explain who he was.

“I only got that insight from standing in front of an audience.”

To find a place like Jackson that has a strong literary community and talented storytellers is a dream for Rosen, who said tracking down performers can be difficult in towns and cities that don’t have events like the Story Slam. He said Jackson’s community, drawn together by the library’s Story Slam and filled with people who support other storytellers, made his life easy.

“It was a unique case with Jackson,” he said. “There are a lot of towns that don’t have that pool to draw from. It’s more rare that we come to a city that has a core of seasoned storytellers.

“And to top it off, everybody I’ve met in connection to the storytelling scene and the arts and the media in Jackson have just been wonderful.”  

The Moth Mainstage: Between Worlds

Center for the Arts