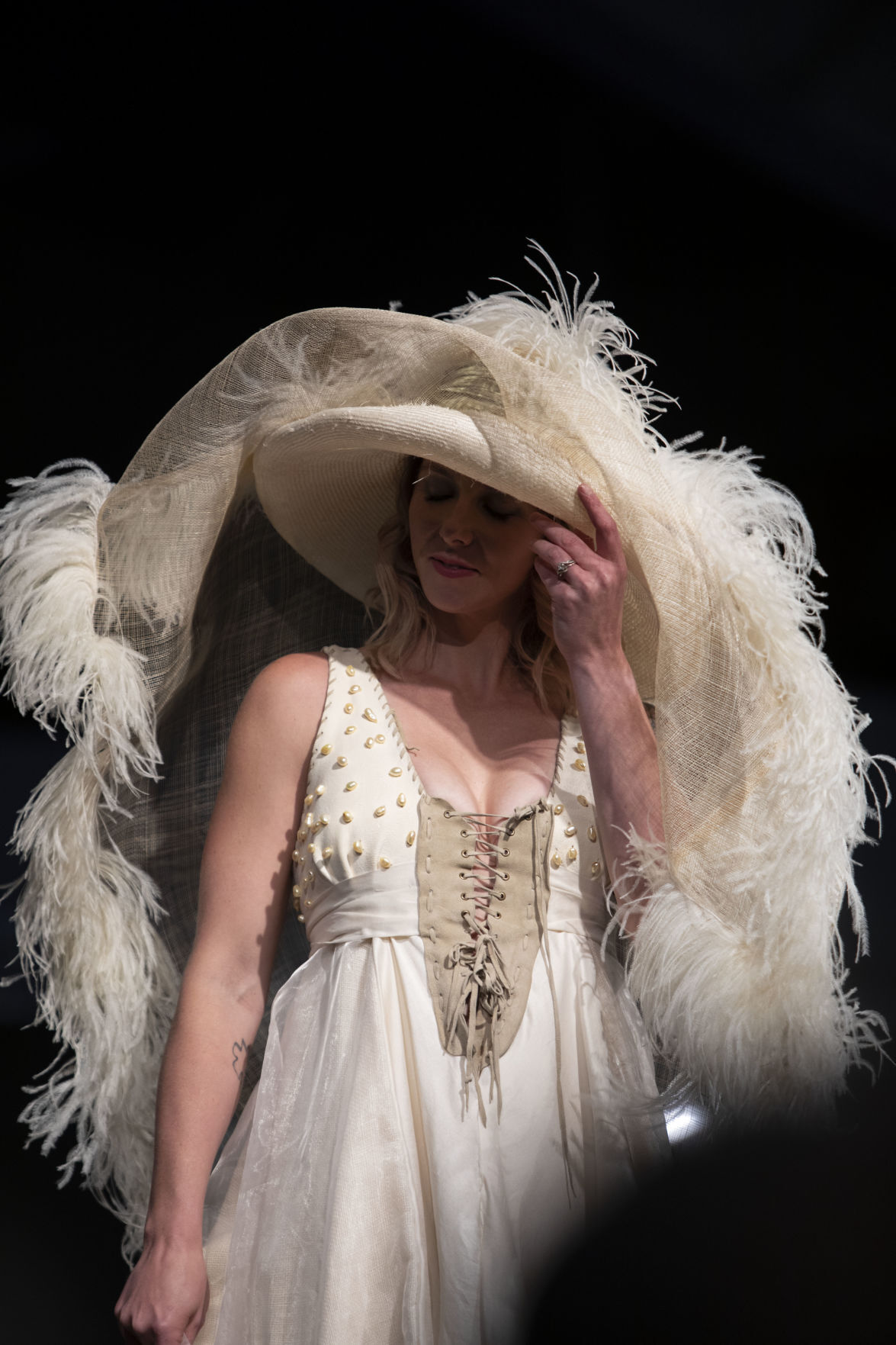 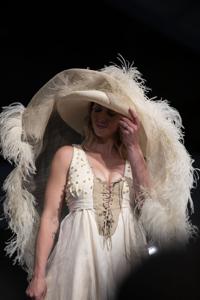 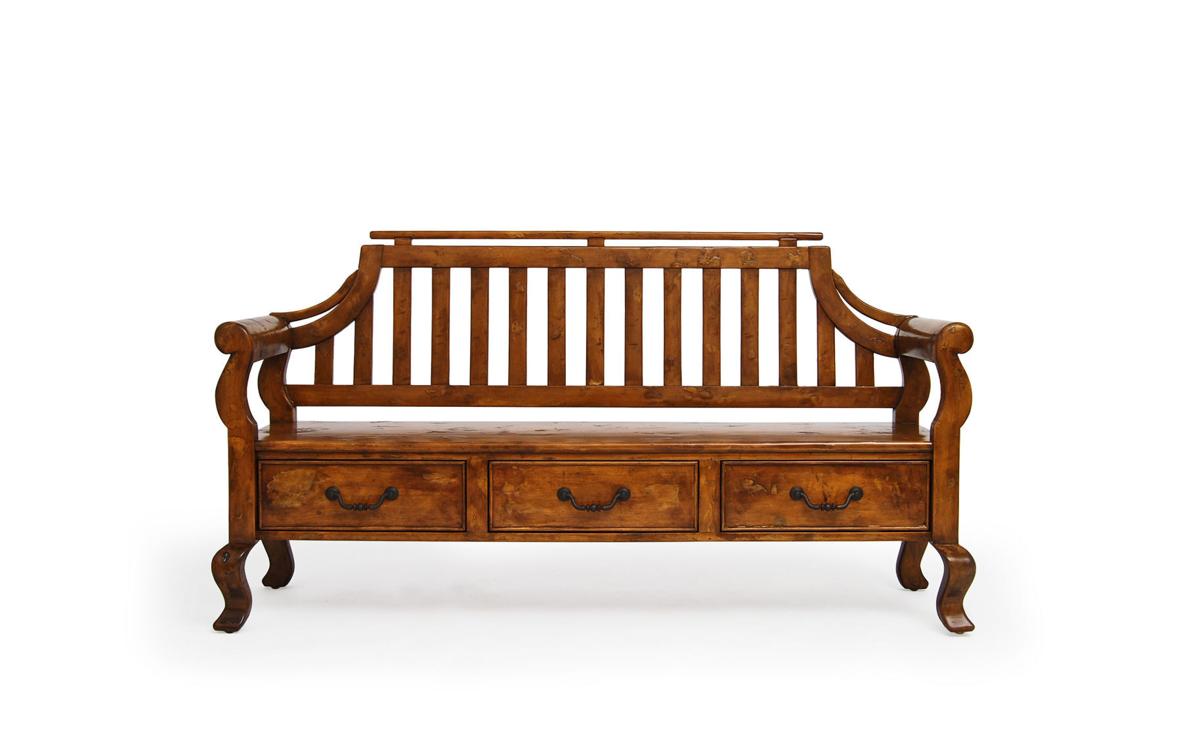 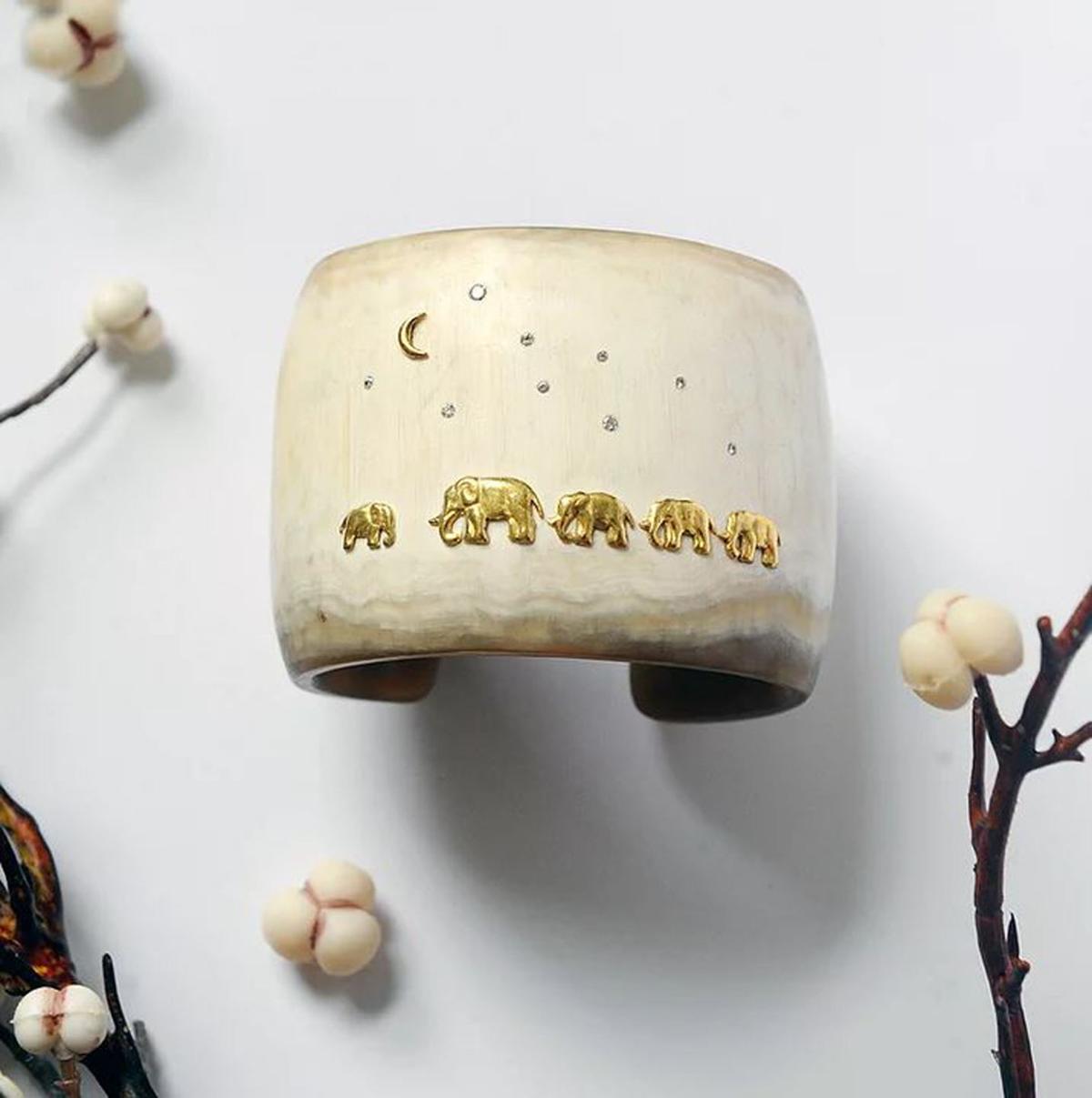 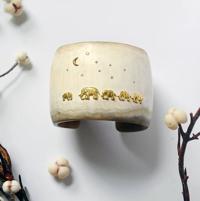 Bracelet from the Shompole Collection. 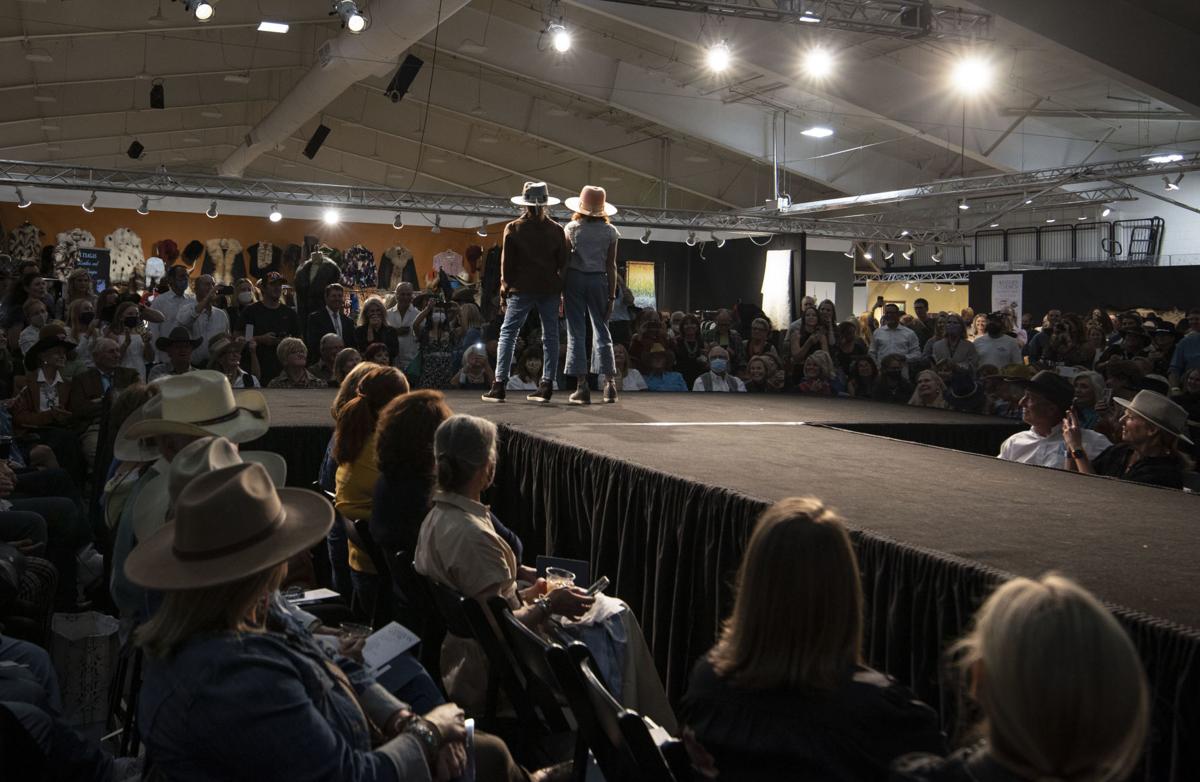 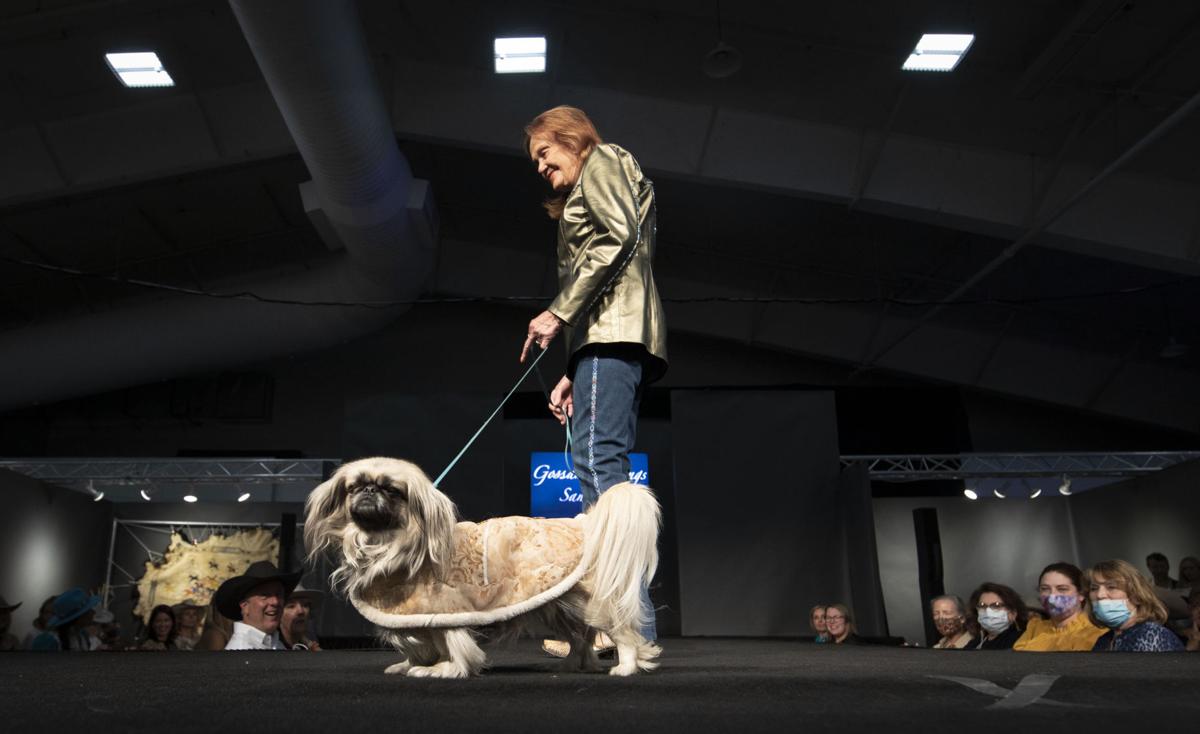 Barbara Grimes, designer of Gossamer Wings Santa Fe, walks the stage with her dog Thursday night following her portion of the Western Designs Conference Runway Fashion Show at at the Snow King Sports and Events Center. The four-day conference showcased artists and designers from across the country. 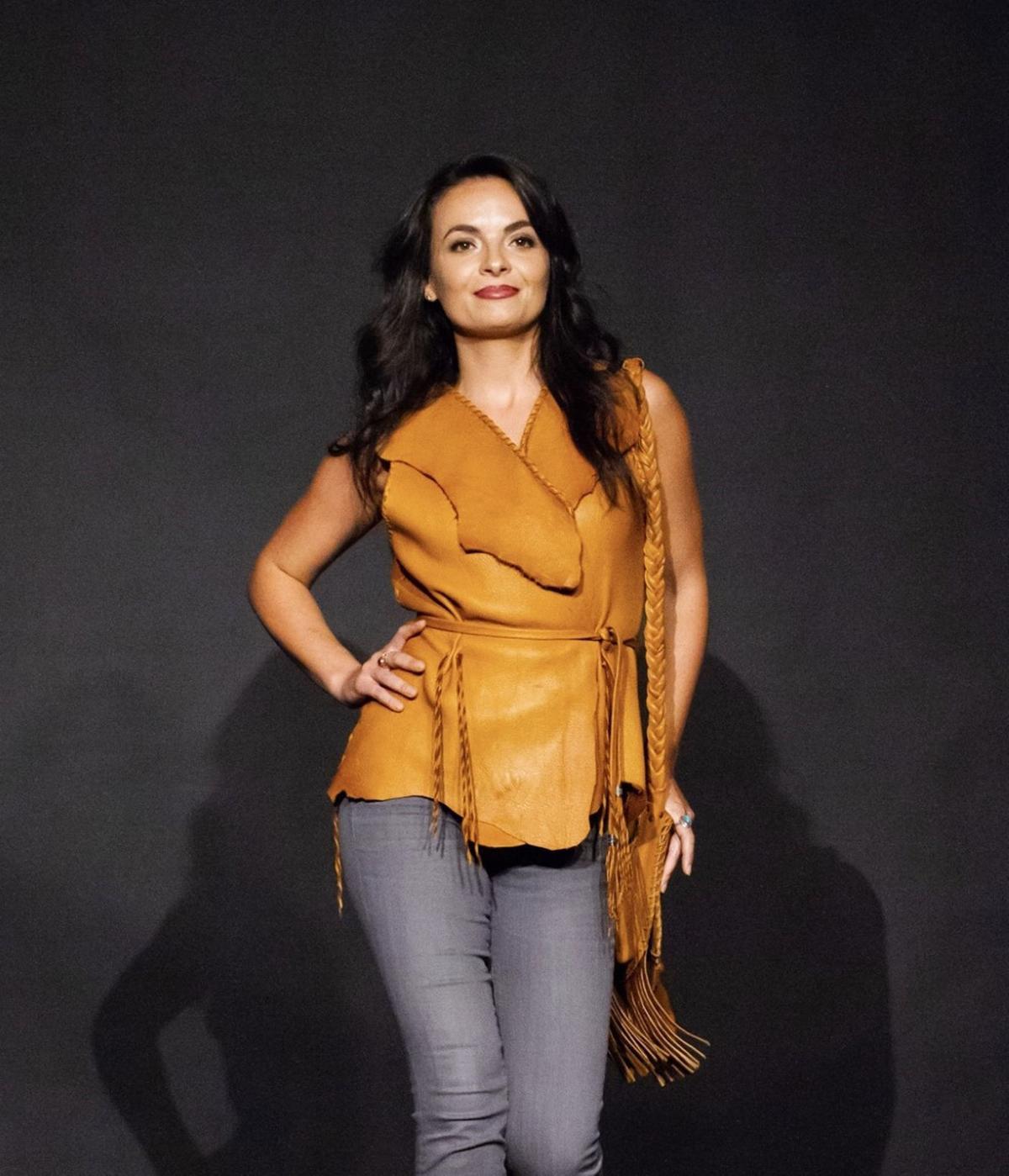 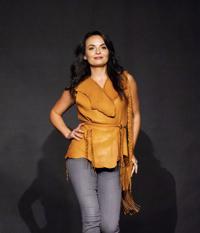 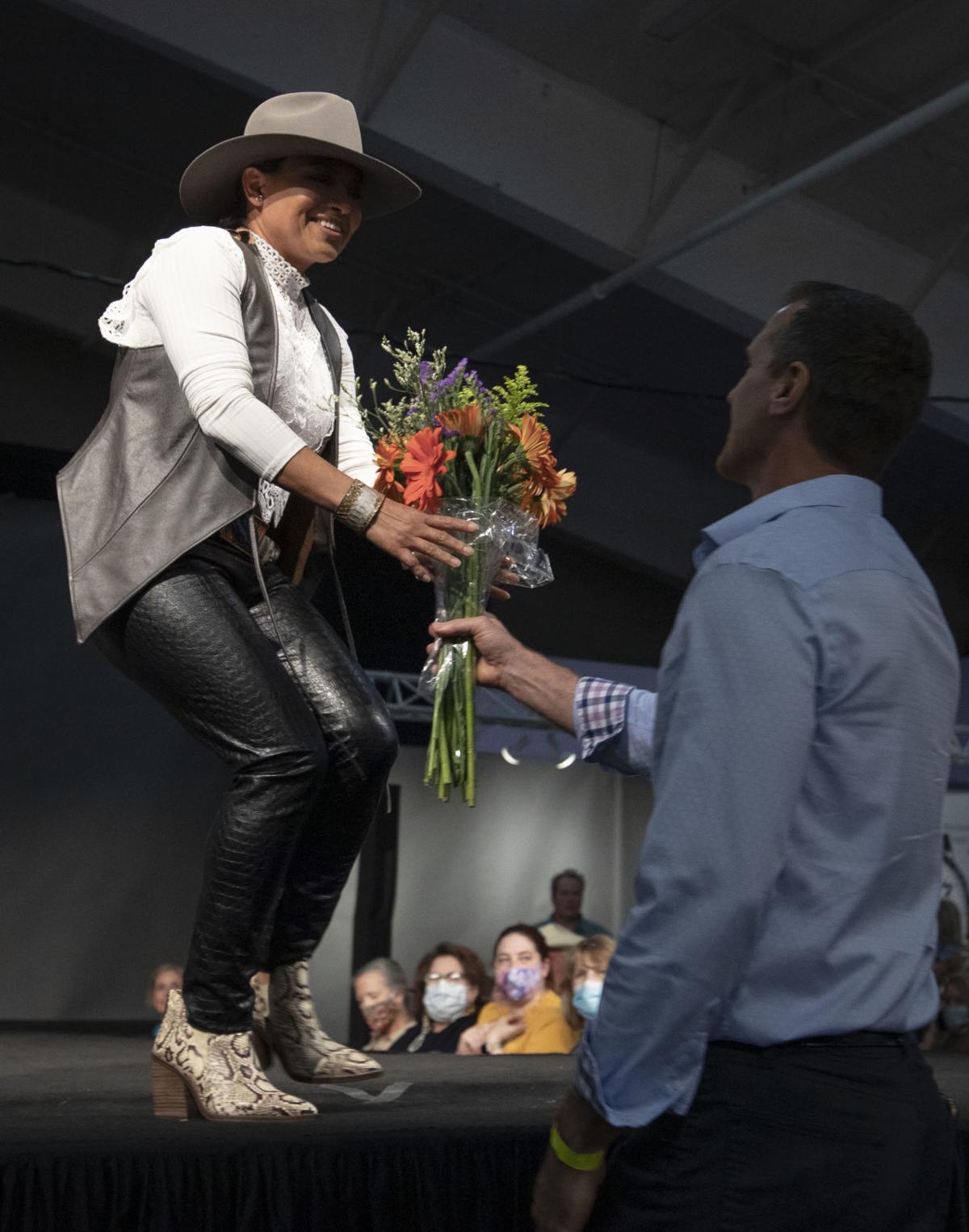 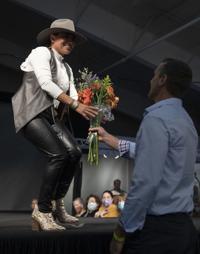 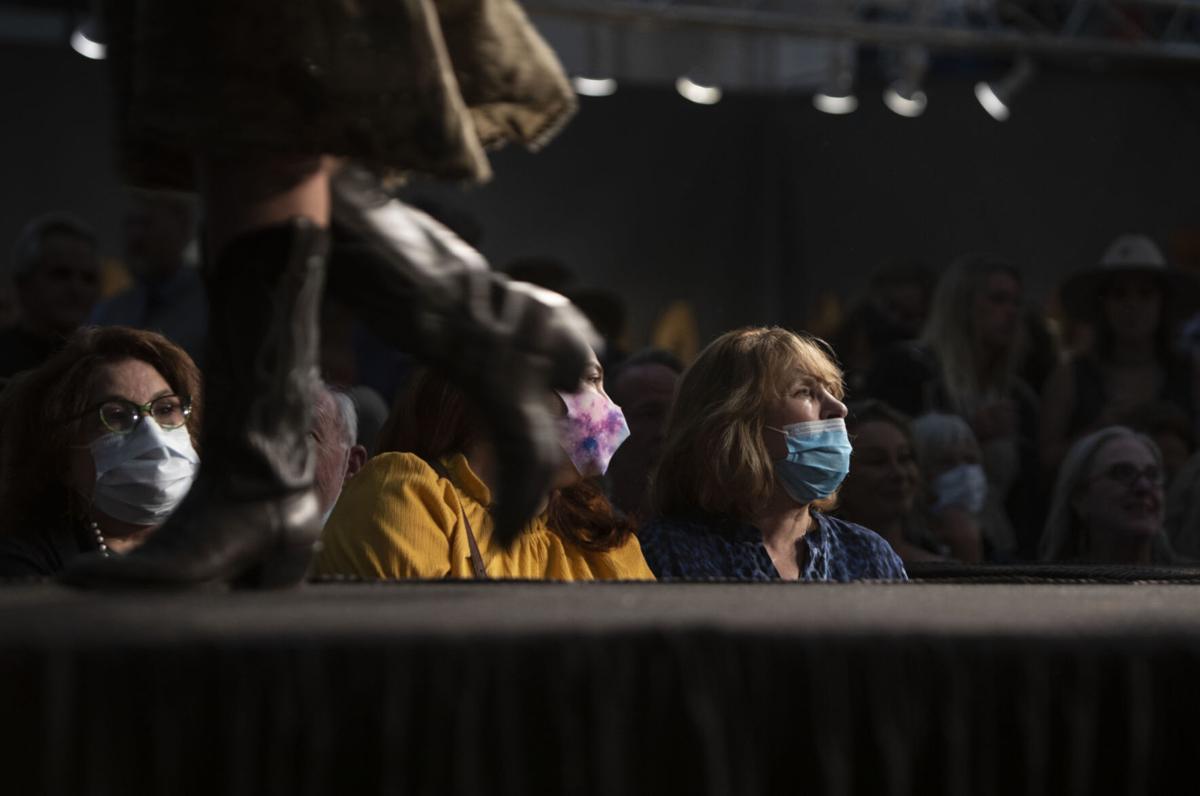 Bracelet from the Shompole Collection.

Barbara Grimes, designer of Gossamer Wings Santa Fe, walks the stage with her dog Thursday night following her portion of the Western Designs Conference Runway Fashion Show at at the Snow King Sports and Events Center. The four-day conference showcased artists and designers from across the country.

At the Western Design Conference last Saturday at the Snow King Sports and Events Center, I did not expect to receive a potent piece of wisdom courtesy of a Slovenian gypsy.

But let’s back up.

I entered the Snow King Center around 1 p.m., my complimentary tote bag in hand, and began to wind through the artisans’ booths. It was the third day of the annual four-day conference, one of the signature events of the Jackson Hole Fall Arts Festival. I stopped to peruse some gemstone jewelry near the entrance and chatted with the maker, Lisa Horton, of Hailey, Idaho, about how the weekend had proved slower than previous years.

The second day of the conference, Friday, had been the day Jackson Hole held a funeral procession for one of its own, fallen Marine Lance Cpl. Rylee McCollum. Thousands gathered from around the region along the motorcade’s route through Jackson to honor McCollum, one of the last casualties of America’s longest war.

I left Horton with a heavy heart, considering McCollum’s impact, as well as the ubiquitous presence of the COVID-19 pandemic on this year’s Western-themed art expo, to find that attendance wasn’t sparse — it was actually well-populated — and the excitement of so many artists and creative minds in one space, reemerging from the pandemic lockdown to showcase the fruits of their imaginations, reinvigorated me.

I took in animal-themed bolo ties, bronze metalwork and immaculately crafted camphor wood tables set atop elk antlers. All followed each other in Western-themed succession. People pooled expectedly around the cowboy hats. But my eyes caught a display of colorful mosaic antler chandeliers several booths away: I gravitated like a mosquito to a light trap.

That’s how I met Ashley Delonas of Mountain Girl Studios, out of Pocatello, Idaho.

“The renewal that elk, moose and deer experience yearly has significantly influenced my work,” Delonas said. “I give the abandoned crowns new life by building a story using stained glass, crystals and fossils between the tines of bone.”

I left Delonas’ booth feeling that the conference was succeeding at imbuing the community with a sense of renewal, showing us the light that dark times can incubate.

I stopped next at an eye-catching display of hand-painted cowboy boots that ran anywhere from $1,600 to $20,000. Me and my sticker shock kept going.

Which brings me to the magpie.

Every year, event organizers ask each artist to provide an artist’s statement. One such statement, on a piece of paper next to a leather purse hand-embroidered with magpies, poppies and cornflowers, read:

“Magpies are a Western icon. It is a symbol of duality — a bird as beautiful as it is hardy. The fine line between sorrow and mirth sums up the last 18 months. With ‘Two for Mirth,’ what matters most is a reminder to search for joy. Two magpies for joy, poppies for remembrance, and cornflowers representing positive hope for the future and a humble reminder of nature’s simple beauty and the fullness of life’s cycle. I’ve marked time on leather to remember that dark days also had light.”

This artist’s statement came from Beargrass Leather, the husband-wife duo of Samantha and Ben Barckholtz, from northwest Montana.

Ironically, the sorrow from the pandemic had steered Samantha’s designs toward the whimsical. Her bespoke leather goods incorporated appliques inspired by European folk style.

Ben Barckholtz’ favorite part of the four-day expo is Thursday’s fashion show, which officially kicks off the conference.

“[Thursday’s show] was packed,” he said. “Our first year here we just showed our bags in the show with black turtlenecks, but then the show actually inspired Sam to get into making clothing and showing it.”

Just a few short steps away from Beargrass’ table I met Wayne Delyea, of Texas, a newcomer but already somewhat of a conference celebrity given that he had received both the Exhibitor’s Choice Award — a $1,500 prize for work recognized by fellow artists and attendees — and the Best in Show Award — a $5,000 prize for “exceptional design and connection to the West” — for his “Teewinot” table, showcasing the Teton Range on a handmade table crafted with wood from around the world.

“This means more to me than anything,” Delyea said, touching the blue and white Exhibitor’s Choice ribbon draped across his mountainscape table, which took him over 200 hours to create.

“I built this piece specifically for this show,” he said. “I design with meaning, and this is my tribute to four things: the Grand Tetons, the national park, the Shoshone people and the state of Wyoming.”

Delyea methods are painstaking. He pulled open a drawer on the front of the table to reveal a hand-etched western meadowlark, Wyoming’s state bird. The drawer had a knob with the number 29 on it, commemorating the year 1929, when President Calvin Coolidge established Grand Teton National Park.

Behind Delyea was Celeste Sotola of Montana Dreamwear, a standout every year in the fashion show for her ethereal, fantastical creations and the bestower of the Slovenian gypsy wisdom I received.

“I was inspired by doilies,” Sotola said, gingerly lifting up one of her custom wedding gowns. “I was thinking of women who are grammies, and how they’d be making these doilies and it’s such a meditative state. I work with women now who want to incorporate the doilies that their grammies made into their wedding dresses.”

Sotola is a testament to living “with your eyes open” and being inspired by many things, from doilies to brightly colored poppies to tall bearded irises — the bulbs of which homesteaders brought West and that still bloom today. Our conversation felt like a saturating and fulfilling trip into her multidimensional mind.

Here is the piece of Slovenian gypsy wisdom she passed along to me, courtesy of her grandmother, who was a fortune teller, bootlegger, and a masseuse: “You must never cook from one pot, for if you burn it, you don’t eat.”

Sotola is a woman of many pots. Along with dresses, she also creates her own music for her fashion shows and is currently working on a series of “romantic fantasy fables” for HarperCollins, which will be a combination of voiceover narration, film and photography.

Wayne Wise, of Dublin Texas, apparently has followed these words to true artistic success. Once, when working as a rodeo announcer, he looked down at the desk at which he sat and marveled at the intricate leather drawings he saw there. Following his curiosity, he tracked down the artist, a fellow known as “CT,” who introduced him to leather craft. Now a master leather artisan, Wise now creates one-of-a-kind, hand-carved, leather-covered bull skulls. One depicted the Native American medicine wheel. Turning over the tag revealed the title: “Mitákuye Oyás’i.”

“It means ‘All Are Related,’” Wise said. “It’s a phrase from the Lakota language. It reflects the world view of interconnectedness held by the Lakota people.”  

“This means
more to me than anything.” — Wayne Delyea Commenting on exhibitor’s choice win at western design conference