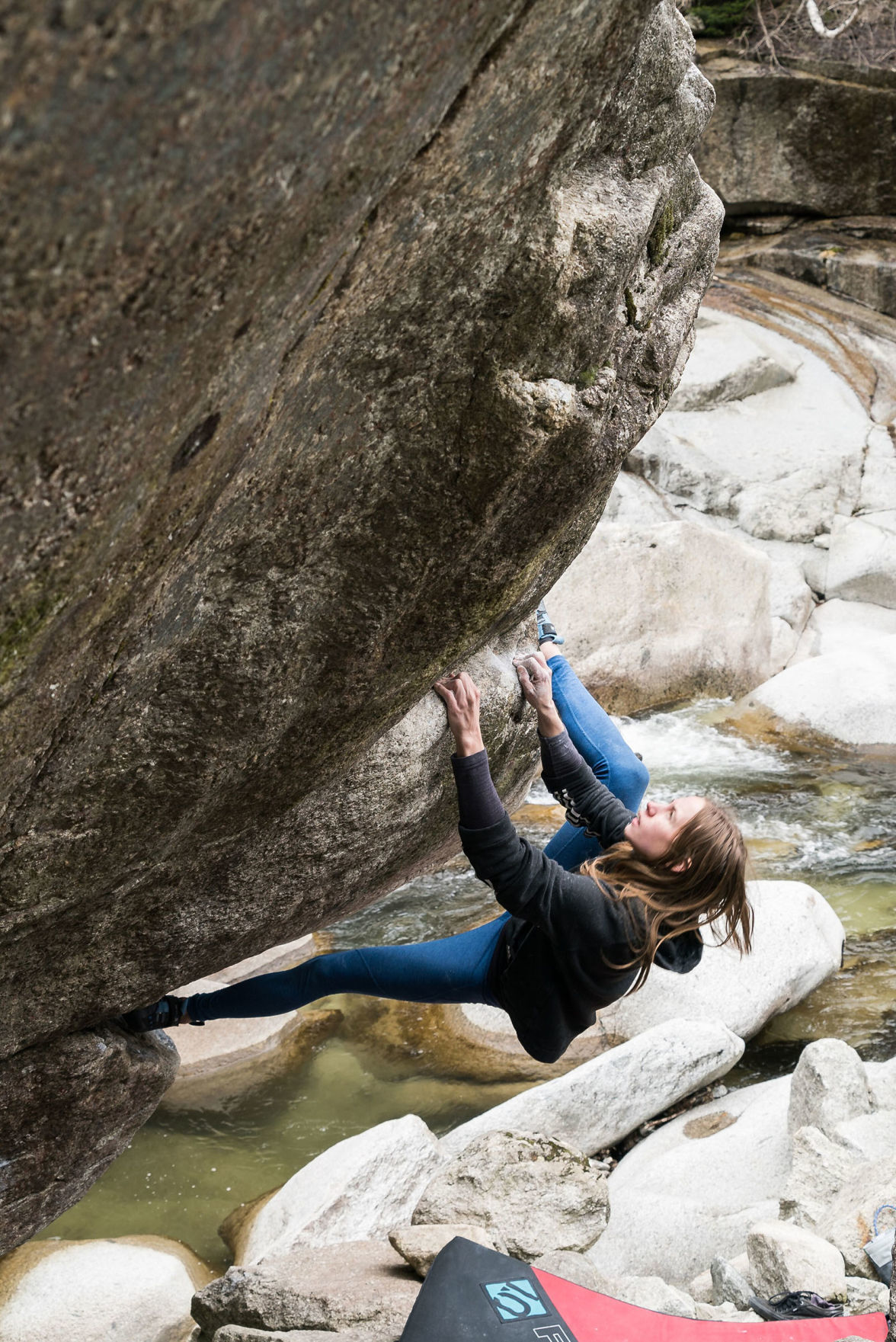 Isabelle Faus warms up on a riverside V7 in Switzerland. 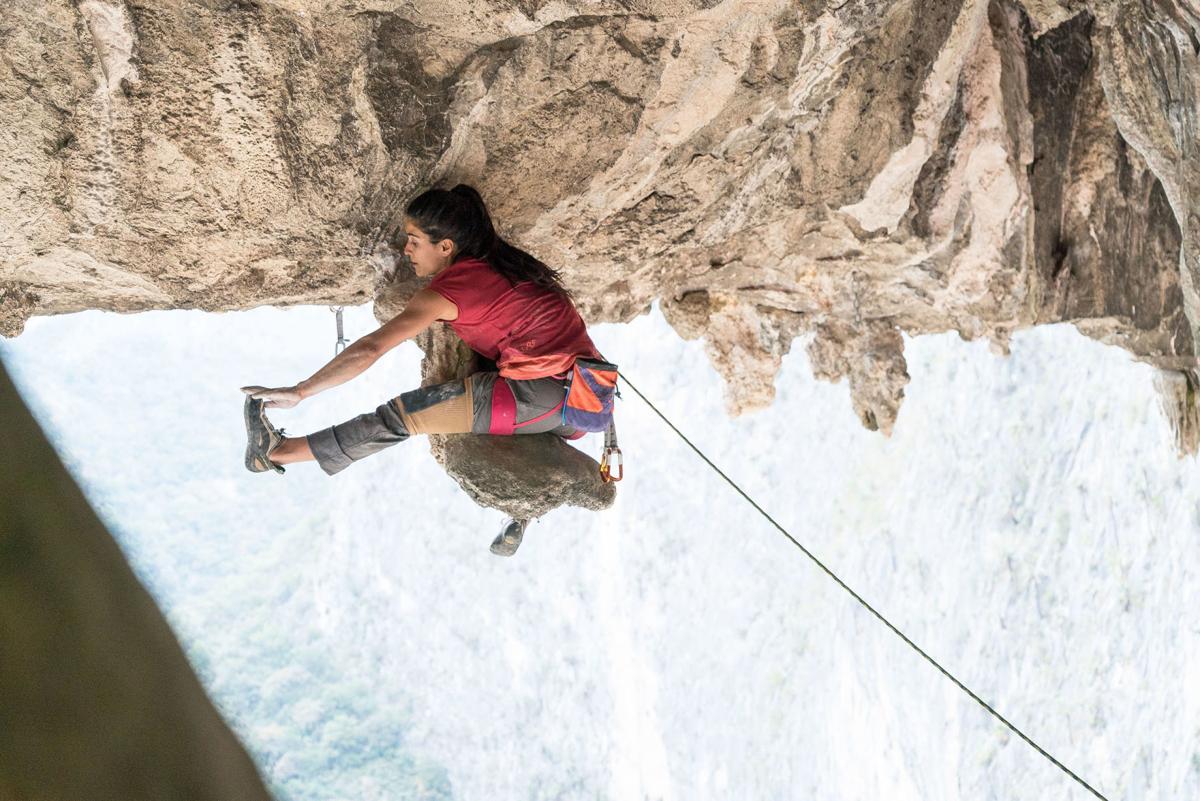 Fernanda Rodriguez finds a spot to rest and stretch on a tufa while climbing “Andrada’s Project” (5.14a) in El Salto, Mexico. 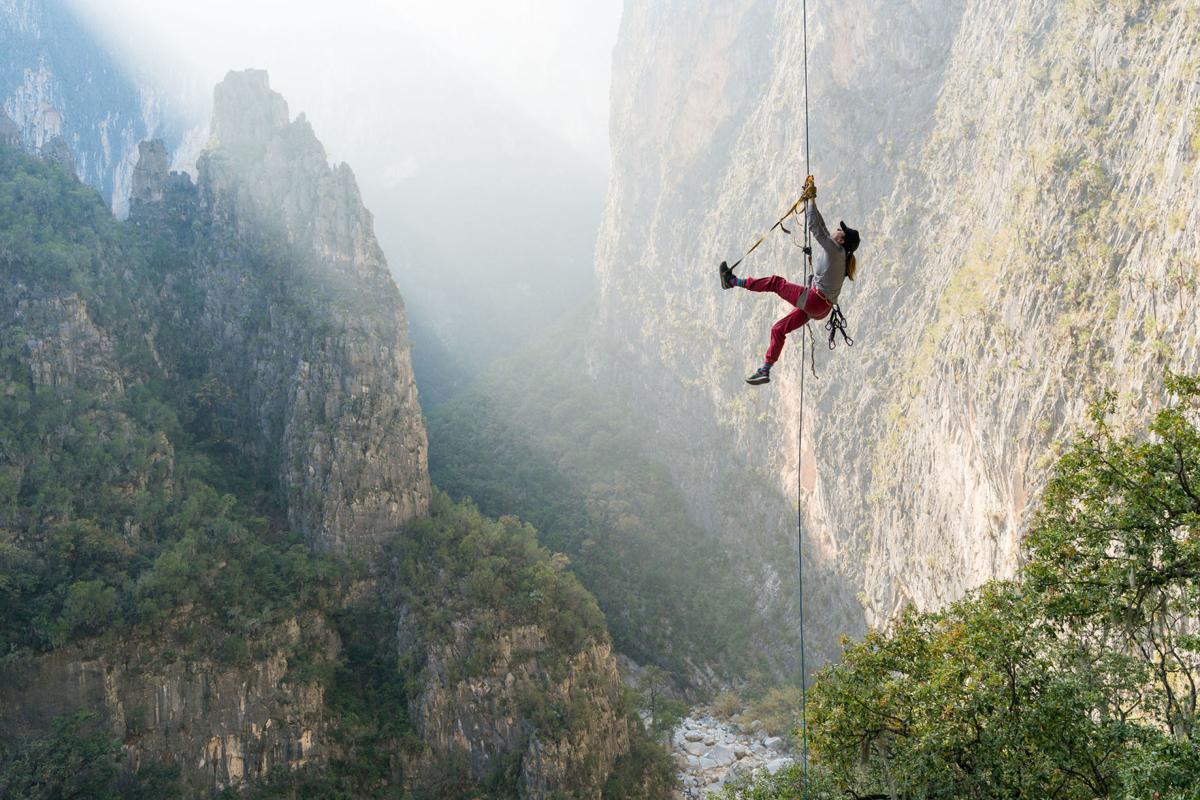 Colette McInerney, co-director of “Pretty Strong,” ascends a rope in order to get a good camera angle while on location in El Salto, Mexico. 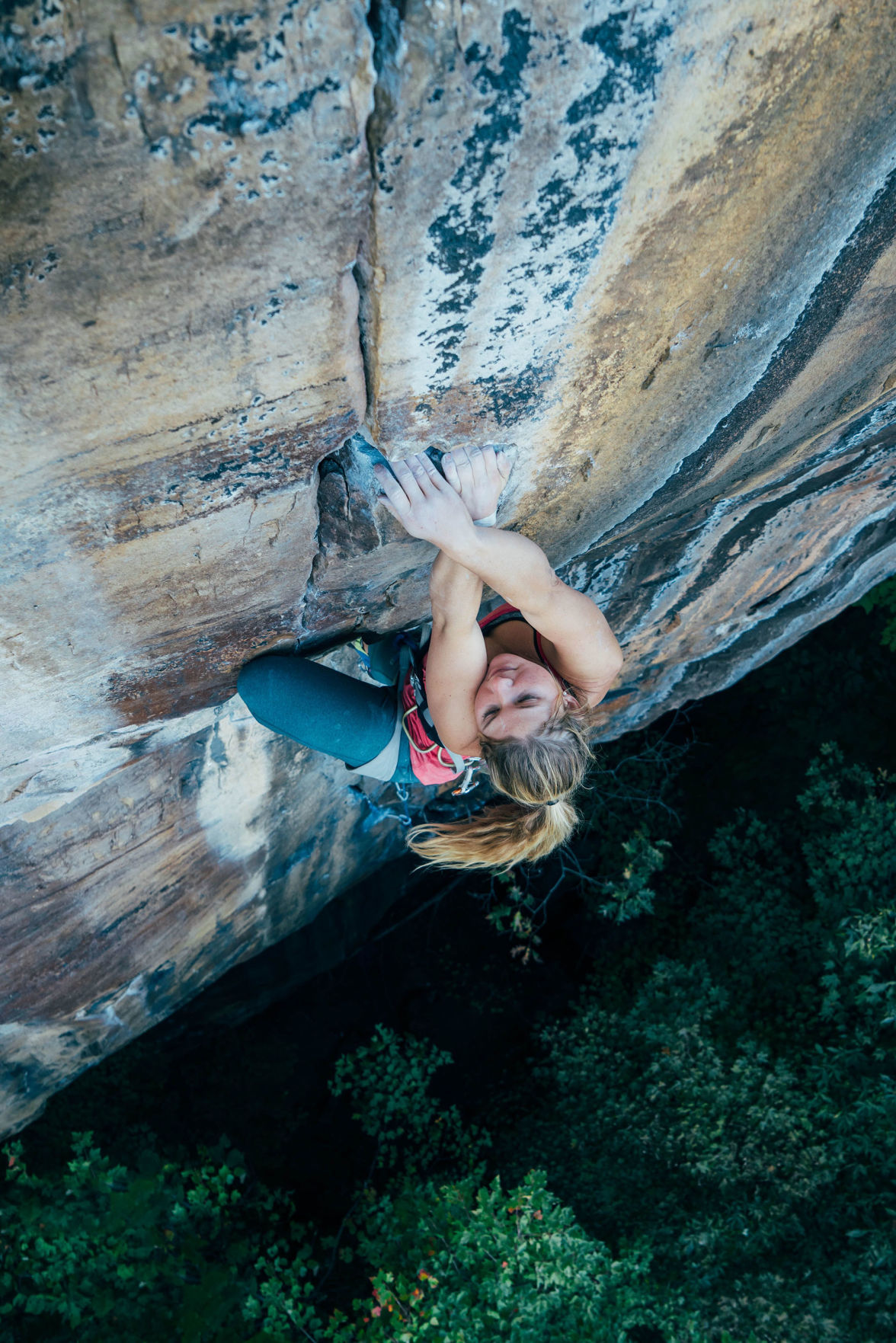 British climber Hazel Findlay nears the top of “Temporary Insanity” (5.13a) in the New River Gorge in West Virginia.

Isabelle Faus warms up on a riverside V7 in Switzerland.

Fernanda Rodriguez finds a spot to rest and stretch on a tufa while climbing “Andrada’s Project” (5.14a) in El Salto, Mexico.

Colette McInerney, co-director of “Pretty Strong,” ascends a rope in order to get a good camera angle while on location in El Salto, Mexico.

British climber Hazel Findlay nears the top of “Temporary Insanity” (5.13a) in the New River Gorge in West Virginia.

This week’s showing of the film at the Teton Rock Gym was cancelled due to concerns regarding the coronavirus.

You can find showings of “Pretty Strong” as well as more information about the Never Not Collective at NeverNotCollective.com.

“Pretty Strong’’ opens to a cliffside panorama of the sun-soaked Yosemite Valley. Two climbers awake after sleeping in a bivy ledge 1,000 feet in the air on the precipice of a towering granite wall named Middle Cathedral. They are attempting to climb “Father Time.” The route has been completed by only a few of the world’s best climbers. But something else about this scene stands out. Unlike “Free Solo” or “The Dawn Wall,” adventure documentaries that garnered attention in 2019, the two protagonists are female.

Despite a surge in the popularity of climbing and more women participating in the sport, females are lacking in mainstream climbing media. The Never Not Collective production team is changing that.

“It’s a movie we were hungry to see, so we created it ourselves,” said Leslie Hittmeier, a co-director of the film. The production team consists of three other women, including co-directors Colette McInerney and Julie Ellison, and lead editor Sophie Danison.

“We call a ‘muerte’ to say just go for it,” Rodriguez explained in the film.

“There is a tendency in the media to focus on the biggest and boldest achievements. But that discounts all these other super interesting, unique stories that bring a diversity of voices and perspectives,” Ellison said.

Scene after scene, viewers will find an intimate portrayal of what it takes to be a professional athlete.

Boulderer Isabelle Faus’ back muscles flex as she leaps to precisely grasp a rounded, sloping hold.

Williams releases a bloodcurdling scream as she falls and swings, pounding her legs back into granitic rock.

“You look at professional athletes and assume they can do these feats right away,” Heittmeier said. “In reality, they can approach a climb and not be able to do one move of the crux.”

The divider between a climber and an extraordinary climber is time, she said.

The film never directly addresses gender. It does not sit down with the athletes to tell a story about getting their period at the crag, or reveal how an athlete confronts challenges because she is a woman. The film’s close-up shots portray them as strong climbers, not strong female climbers.

“Pretty Strong” has been criticized for its dismissal of gender. By not addressing the characters’ femininity, critics said, the film reinforced the idea that to succeed in the outdoors women need to ignore the struggles they face due to their sex.

While the Never Not Collective team addressed these concerns in their blog, they stand by their original intention. The film follows the journalistic canon: Show don’t tell.

“We could discuss the challenges associated with being short [Lambert is only 5 feet tall] or how being female affects us,” Ellision said. “Or we could show a variety of women absolutely crushing it despite these challenges. And that’s what we decided to do.”

What the film lacks in discussion about femininity, it makes up for with stunning images and a portrayal of female athletes’ tenacity in the face of failure.

“People who’ve been climbing for over 20 years have come up to me and said, ‘I can’t imagine how different my life would’ve been if this came out when I was a little girl,’” Ellison said.